In many ways TV depicts real life. Art is, after all, inspired by the lives of those who make it, so why shouldn’t family life make its respective impression, for better or worse. In the early days of TV, we saw nothing but ideal families headed by the most nurturing and attentive of parents; look at “Leave it to Beaver,” “The Brady Bunch,” “Happy Days,” etc. But as we know, no family is perfect, try as it might come Christmas card time. More and more TV shows in recent times have depicted what many kids have in actuality: terrible parents. Here are 11 examples who set terrible examples: 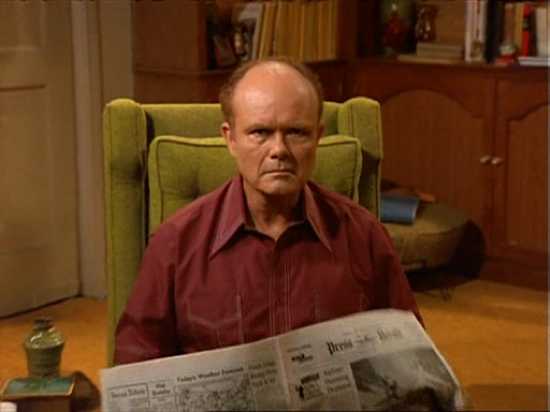 An all-in-all scary dad and Korean War vet, he never actually lays a hand on his son, just threatens him ALL THE TIME with the prospect of him putting his foot, amongst other objects, up Eric’s ass. What he lacks in violence, he makes up in intolerance and temper. He can’t stand how “twitchy” and scrawny his son is, let alone his indifference to sports, nor can he stand what interests his son (Star Wars, comic books, action figures) or the way in which he communicates (sarcasm a.k.a. with a “smart mouth”). There is an inherent paradox in Red’s parenting methods: how can his son be both a “dumb-ass” AND a “smart-ass”?

10
Hank Hill
King of the Hill 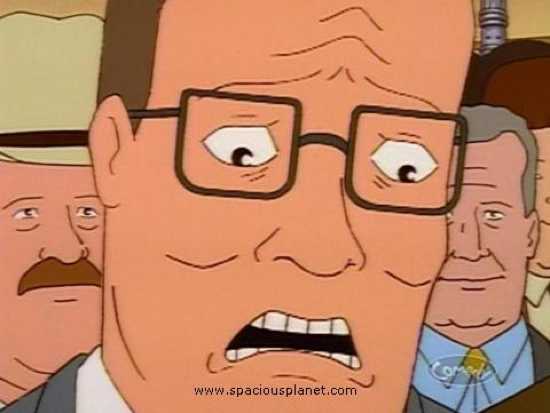 He openly criticizes his son, with whom he has nothing in common. If there was a counter for the number of times he’s said “that boy ain’t right,” it would’ve broken long ago. It’s no secret he wishes his son were into sports and not prop comedy; in one episode, he reluctantly ends up passing on his boxing gloves to niece Luanne, rather than a son he knows will never use them. In another, he chooses to bond with a wooden dummy over his son when Bobby creates a sport-loving alter ego. Bobby angsts and his father fails to notice because he’s primarily got propane on the mind.

9
Lois
Malcolm in the Middle 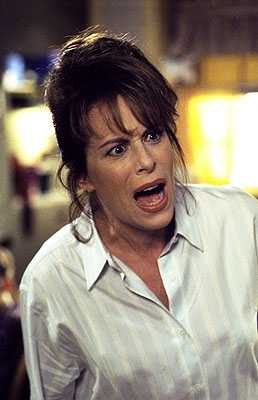 When Lois is not administering punishments, or screaming like a banshee trying to keep any one of her four boys in check, she’s counting off the days until she can legally kick her children out of the house, and/or ship them off to military school. She’s also unreasonably frugal. In one episode she orders youngest son Dewie to drink his powdered milk. He protests, “But it’s lumpy.” “Then chew it.” How cold and unfeeling can you get? Just ask Hal, the sycophantic husband who receives only a smidgeon more love then the other men in the house, though usually just in the form of vented steam. 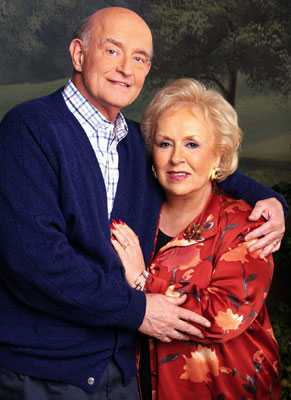 They can’t stand each other, yet they stagnate in each other’s presence until death. But it’s not just each other they carry on an extremely dysfunctional relationship with. Marie is extremely judgmental and manipulative, guilting favorite son Raymond into anything, having him frequently play the monkey in the middle of his mother and wife’s bickering. Bad as that is, she completely neglects her other son, older brother Robert who clearly pains from a life of emotional neglect. Frank, on the other side of the living room, refuses to display any emotion, part of being a hardened war vet. All he cares about is when he’s going to get his next sandwich. 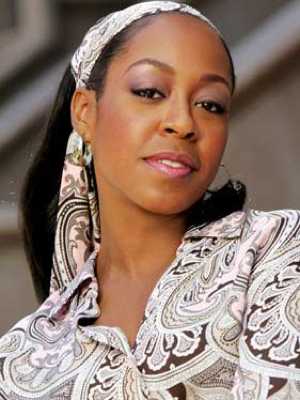 She often resorts to physical abuse in punishing her kids (we see scenes of Chris sobbing in his bed after she has finished effectively “disciplining” him… with a belt), that is when she’s not screaming her head off like a black version of Lois from “Malcolm in the Middle.” Meanwhile the dad is a complete softy who appeases his wife for fear of dire consequences, the relative Hal.

6
Evelyn Harper
Two and a Half Men 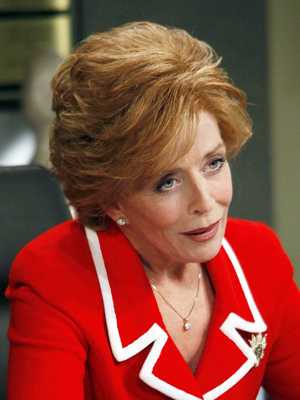 A psychological torture chamber embodied – Charlie and Alan Harper spend virtually every episode unloading emotional baggage and failing to carry on healthy relationships with women. While Alan is a fragile, neurotic type who copes only by complaining, brother Charlie opt for hedonism and self-destructive habits (i.e. loads of booze and meaningless sex) to keep repressed his troubled upbringing. He hates his mother and spending any time with her, and she does her best to come off innocent, while continuing to inflict torment through manipulation and unabashed insult. That and she is a terrible role model, terribly promiscuous at her age and accepting blame for nothing. It’s no wonder her children turned out as they did. 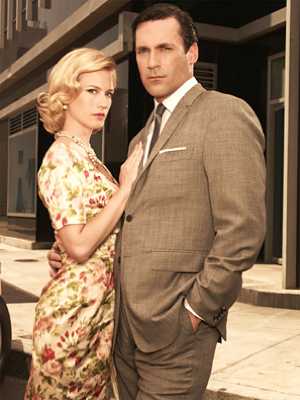 Every great dad drinks during the day and spends absolutely no time with his kids. Every great mom takes her own miserable circumstances out on her daughter. Also, adultery is a must. That is parenthood according to Don and Betty Draper. The work obsessed adman’s crumbling family is a portrait of suburban affluence, however it is a complete facade. Husband and wife attend social functions and host dinner parties, all the while resentment and loathing lurks beneath their trophy marriage. The daughter has already demonstrated clear daddy issues at her young age, as she pines for his attention to no avail. And the fact that Donald leads a double life his family knows nothing about, is another issue entirely. 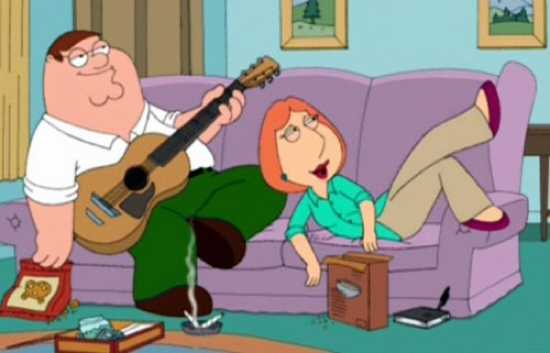 Peter farts on his daughter and treats her worse than the family dog, that is when he’s paying attention to her, and he talks to Chris as if he is the same age. That and he frequently abandons the family for secret alternate families, whenever he has a whacky idea or inexplicable amount of power, and whenever his pals want to fish and drink beer. Simply put, he only cares about himself. When he frequently acts like Lois is his mom rather than his wife (“Yay! You’re letting me be myself!”), you see that he is too much a child himself to take care of his own, that he never outgrew his id. Lois isn’t much better. She’ll just as quickly forget her children, let her baby roam the countryside with the dog, to indulge Peter’s nonsense fantasies. Try the episode where they decide to just get all strung out on pot and lie naked on their living room couch. No shame between the two. 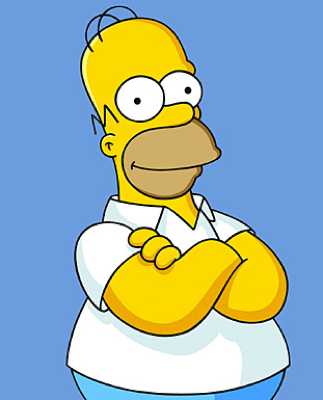 Homer Simpson chokes his son. Why Social Services has never intervened in a single episode in the last 20-plus years is a mystery. Beyond child abuse, Homer is frequently unthoughtful and even stupid to the point of harmfulness. In “Wild Barts Can’t Be Broken,” all the kids in Springfield are accused of being delinquents and pitted against the adults in the town. Homer says, “If kids are so innocent why is everything bad named after them? Acting childish, kid-napping, child abuse…” Bart asks, “What about adultery?” Homer replies, “Not until you’re older, son.” Not only does Homer fail to implicate himself as a child abuser, he encourages marital infidelity. It’s doubtful Bart will ever adjust to a world where slingshots aren’t the key to success. 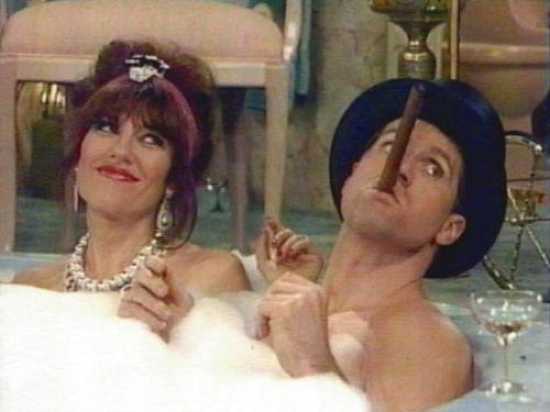 In fictional terms, there are no worse parents than the Bundy’s, no more damaged a family than the one Al and Peggy are responsible for. Al demonstrably loathes his life and everyone involved, including his wife who begs him futilely for sex. The only thing he doesn’t neglect is his TV (or the inside of his pants by his hand). Peggy all but starves her children and spends all Al’s shoe store money on high heels and tacky decoratives, when she should be buying groceries. It’s no wonder the girl is so loose and needy and the boy is a maladjusted sexual deviant. 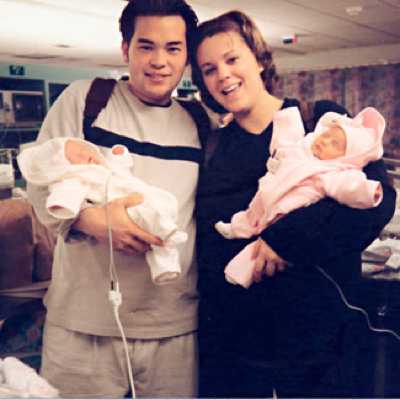 What makes these TV parents the worst of them all is that they are terrible parents in real life, as on reality TV. Forcing eight children to grow up in the public eye, even while the details of their parents collapsing marriage are vomited all over the media (affairs! negligence! dancing!), is the worst kind of exploitation. Jon and Kate, once normal people made spectacle for sheer birthing rate, are celebrities only because they were given so much unwarranted attention in the first place. The unfortunate collateral of cranking out cute kids by the dozen.