Superstitions are a big part of thousands of people’s daily lives. Some cannot bear the thought of stepping on sidewalk cracks while others cannot complete a meal without throwing a pinch of salt over their shoulder. Some superstitious beliefs are far stranger than others as the entries on this list show. 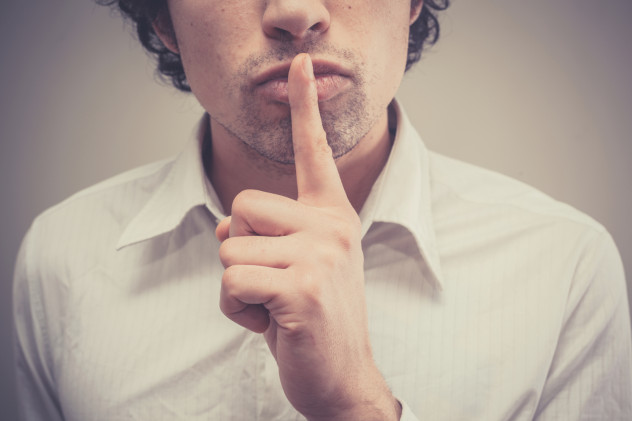 Ever been out for a night on the town, just hanging out with your friends, all talking at the same time? Then suddenly there’s that moment of awkward silence that comes out of nowhere and no one seems willing to break it?

This happens daily in all corners of the world. However, a global superstition has it that most of these awkward silences happen at exactly 20 minutes past any given hour. Some believe this happens because Abraham Lincoln died at 7:20 on April 15, 1865 and the silence is a form of respect given to the former American president.

The superstition is thought to have started out as a quote taken literally. Dylan Thomas referred to this superstition in his book Portrait of the Artist as a Young Dog, saying: “A host of angels must be passing by. What a silence there is!” 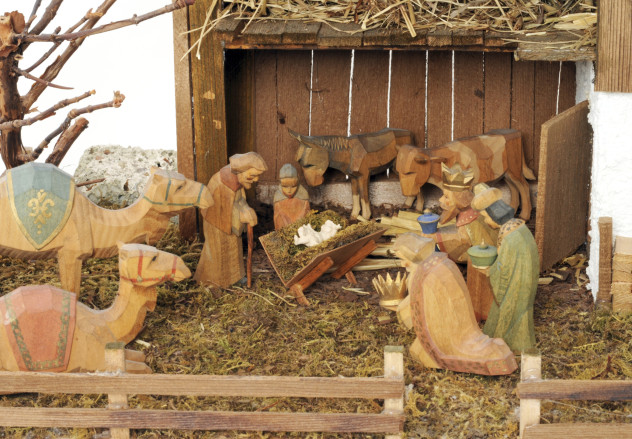 The story of the birth of Jesus is told all around the world at Christmastime. Children in Norway are especially excited when the Christmas holiday rolls around, not just because they hear a story they love, but also because they believe that animals in stables and stalls gain the ability to talk on Christmas Eve.

This superstition hails from the Scandinavian legend that Jesus was born at exactly midnight. The animals that were in the stable at the time of the birth were then given the ability to speak so that they could voice their absolute awe at what was taking place. When the shepherds entered the stable to witness the miracle for themselves, the animals lost their voices again.

Even though parents of Scandinavian children have no interest in waiting up for animals to start speaking on Christmas Eve, the kids refuse to be put off. Each year they silently trod into stables around the country, hopeful that they will witness a little miracle of their own. 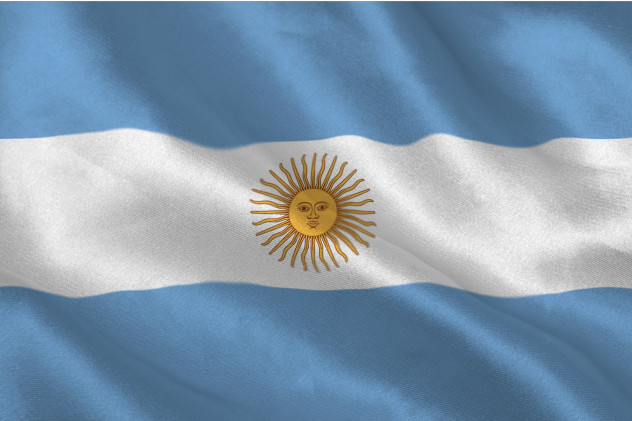 Many Argentineans avoid saying the name of Carlos Menem as he is considered to be a living curse. If some unlucky or ignorant soul happens to mention the name of the former Argentinean president in conversation, the women in the group will touch their left breast and the men their left testicle to keep bad luck from befalling them.

Menem has been blamed for Argentina’s 2001 economic crisis because he took out multiple large cash loans from the International Monetary Fund, among other things. He was charged with many counts of corruption during his time in office including bribery and the illegal sale of weapons. On top of all this, Menem actually pardoned prisoners—former military leaders—who were responsible for the murder of at least 30,000 people.

It seems that Menem causes bad luck wherever he goes. When he went into office, he named Miguel Roig to be Minister of Economy. Only five days after accepting the position, Roig was driving along in his car when he suffered a fatal heart attack. Only two months later, another minister in Menem’s cabinet died in a plane crash. These are only two examples of many instances, leading most Argentinean citizens to truly believe that speaking the man’s name will cause them irreparable harm. 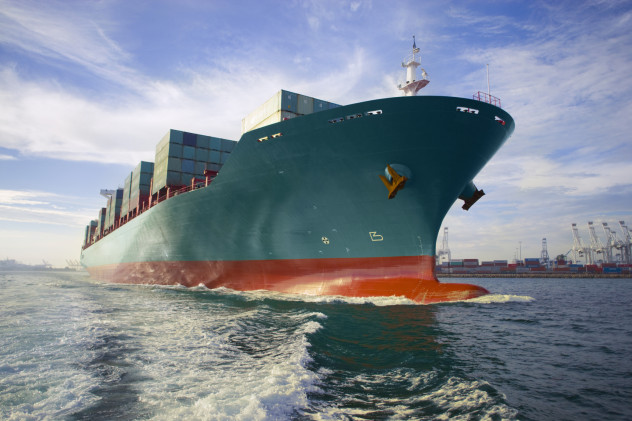 Some seafarers believe that a ship with a name ending in the letter “A” will have bad luck all around. It is thought that this superstition came about with the sinking of the Lusitania and Britannia during World War I.

It is also feared that changing a ship’s name will cause bad luck to befall it. An example of this superstition in action is the ship that used to be called Aurora. Before Sir Ernest Shackleton set sail for Antarctica in 1914, he renamed his ship Endurance. He wanted to see the whole of the continent during his journey, but the ship became stuck in the ice and ended up being completely destroyed. Fortunately, Shackleton and his entire crew were rescued.

The reasoning behind the name change belief is that superstitious sailors believe that once a boat or ship is named and inaugurated, it has a personality and life of its own. If a new name must be given, a de-naming event is required to take place first. One can do this by putting the existing name of the ship in a wooden container and burning the entire thing. Afterward, the remains of the burnt container must be scattered into the ocean. 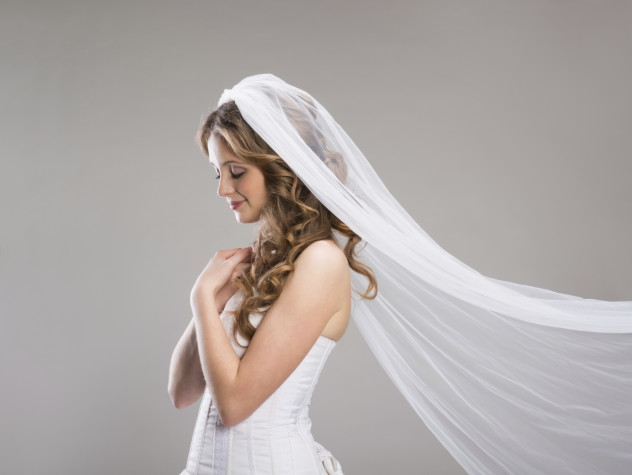 According to legend, it was once customary for a bride to wear a veil simply to hide her face from her own groom. This was only the case in an arranged marriage, to keep the groom from running away from the wedding should the bride not be to his liking.

According to Roman folklore, a wedding veil is said to ward off evil spirits. Veils originated in Rome and were intended to hide the faces of brides so that evil forces would not recognize them. At some point, the veil was hardly see-through and looked more like a linen cloth thrown over the poor bride. Additionally, there were also flames depicted on these cloths, meant to throw the evil ones off track even more. 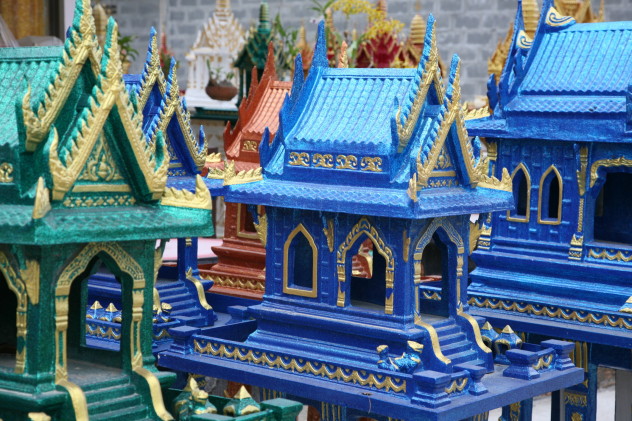 In Thailand, most home and office owners have their very own “spirit house” outside on their lawn or in their backyard. This little house is not a replica of the actual building, but rather a dwelling built on top of a pedestal which spirits can make their home.

The purpose of these spirit houses is to keep harm from befalling the real homes and office buildings. Owners place all sorts of gifts—including toy figures, water, and food—inside the little spirit houses to attract the spirits and curry their favor. If the spirits accept these gifts, it is hoped that they will then protect the home or building.

As is the case with many structures, the houses and other buildings that have their own spirit house sometimes have to be demolished to make room for something else. When this happens, it is customary for the owner of the structure to simply discard the spirit house. Those who are too nervous to throw theirs away opt to leave it outside under a tree where nature can take its course. 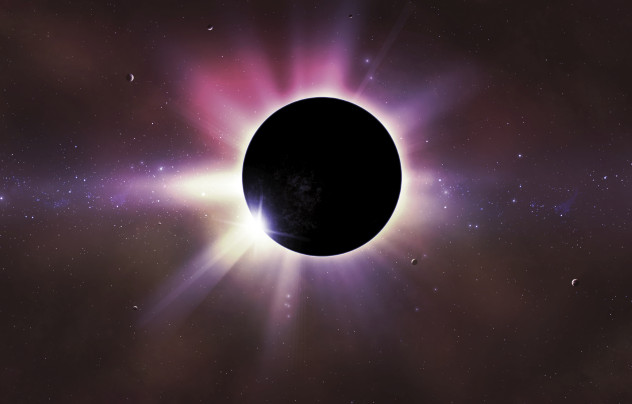 In Nigeria, an eclipse is seen as God’s anger toward a sinful nation. In 2001, this superstition got completely out of hand as Muslim citizens attacked Christian targets during a lunar eclipse. So strong are these beliefs that authorities and government officials launched a campaign in 2006, an eclipse year, to educate people in Nigeria about the scientific reasons for eclipses.

There are several other superstitions associated with the occurrence of both solar and lunar eclipses. In India it is believed that all leftover food during an eclipse should be thrown away or given away because it is no longer safe to eat.

Ancient superstitions regarding eclipses include the Vikings believing that two large wolves were chasing after the Sun and Moon and, at the moment an eclipse took place, the wolves caught up with these celestial bodies. The ancient Chinese had another interpretation for an eclipse. They fully believed that a dragon trying to eat and swallow the Sun was the cause for the total blackout during a solar eclipse. Both the Vikings and Chinese would make a massive amount of noise to scare the wolves and dragon away. 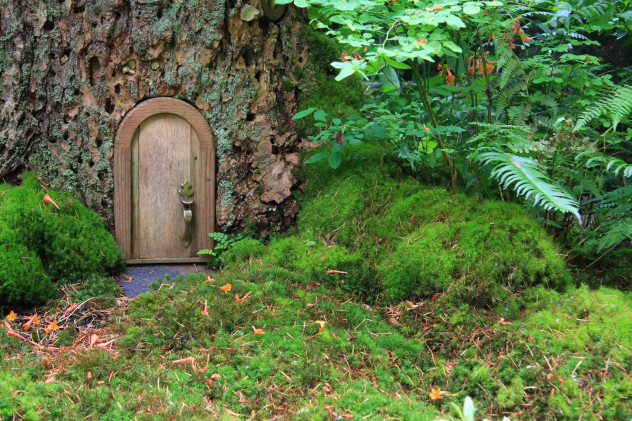 Earlier this year plans were in place to build a new road in Iceland, as new roads are built all over the world every year. Sometimes a project will run into difficulties, such as budget constraints or historical buildings in the way. However, in Iceland the new road project was stopped dead in its tracks because people were concerned that the road would interfere with the elves living in the vicinity.

More than half of the Icelandic population believes in the existence of what they call the Huldufolk. These elves are not the tiny creatures one reads about in fairy tales. They are human-sized, but not visible to most. Their habitat seems to be a large rock known as the Elf Chapel, and it sits squarely in the way of the new highway that is needed to link Alftanes to Reykjavik.

One of the local women intervened and “spoke” to the elves, coming to an amicable agreement. The road project could go ahead as long as the elf chapel was removed and put in an agreed-upon location. 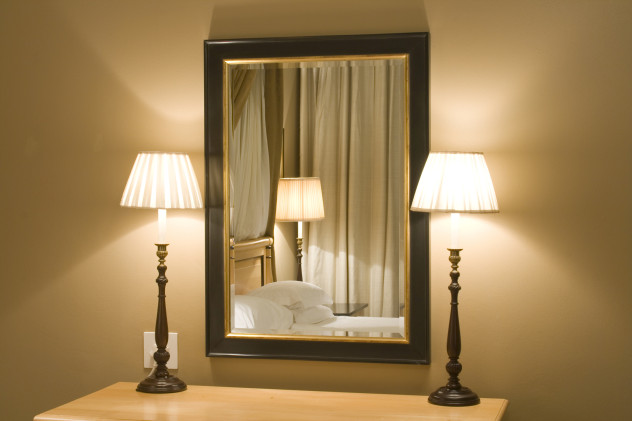 Shiva is part of the Jewish process of mourning after a loved one has died. It is usually a period of seven days during which no usual activities are undertaken. No one watches television or reads the paper. Food is prepared in celebration of life, and the period of mourning is usually ended with mourners walking around the block or taking a walk down the road.

During this time, it is appropriate for mirrors in the house to be covered with cloths or sheets. The reason for this is that those who mourn should not be concerned with their appearance, but only dwell on the sad loss of the person who passed away. Covered mirrors are also symbolic of the mourners being out of reach of the outside world for the time being.

Many prayers are said during Shiva, and these should not take place in a room containing a mirror. The sole focus during prayers should be on God, and mirrors are seen as a distraction. 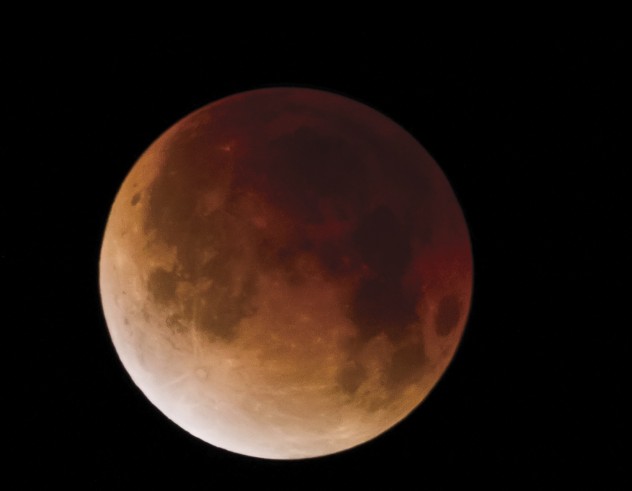 Superstition is not lost on evangelists, though they like to steer clear of the word “superstition” and rather refer to their belief as a “prophecy” or “omen.” For instance, well-known televangelist John Hagee believes that the blood moons that have occurred in 2014—and are predicted for 2015—spell the coming of the Apocalypse.

Hagee confirmed that he had been making preparations for this event for a long time, having written a book about it and filmed a TV special that aired in April 2014. He especially sees a deeper meaning for Israel, seeing how previous blood moon events coincided with several events connected to Israel, such as the Six-Day War and the removal of Jewish people from Spain at the conclusion of the Spanish Inquisition.

John Hagee is convinced that God uses the celestial bodies to send signs to Earth, but humans are not realizing it or understanding what the signs mean. He also quoted Acts 2:19–20 (“The sun will be turned to darkness and the moon to blood “) as proof that blood moons are a sign of the end of time. Hagee made himself very unpopular in 2008 after he made comments suggesting that Hurricane Katrina was the punishment God sent to the city of New Orleans because a same-sex union rally was being planned there before the storm hit.

Estelle lives in Gauteng, South Africa. She doesn’t mind running into black cats at midnight. She does not, however, want to run into Annabelle. Ever.