A Lazarus species, or taxon, is one which is thought to be extinct, only to reappear. The coelecanth is possibly the most famous example, but this list looks at some of the more recent rediscoveries, to highlight that work is still going on and exciting discoveries are being made all the time. The list includes, mammals, birds, amphibians and reptiles. It is far from being a definitive list, more a sample of what is out there. The species are listed in no particular order. 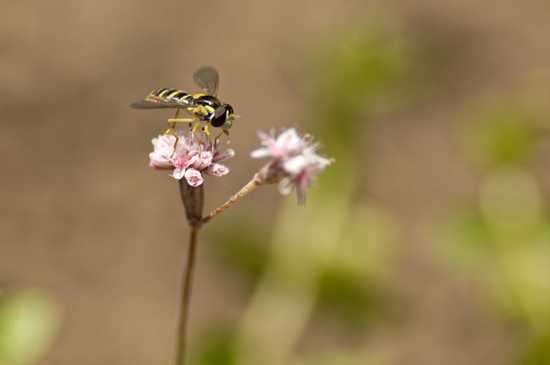 This inconspicuous, little pink flower is probably not the most exciting of species, but it became a “holy grail” for botanists in the East Bay area. The flower is one of only three species of plant that are endemic to Mount Diablo in Northern California, and was last sighted in 1936, and presumed extinct due to its habitat being overrun with introduced grasses. Survey trips were conducted on the mountain, but were unsuccessful in finding the plant until 2005, when graduate student Michael Park took a different route from his usual survey and hiked out to a more remote area. There, he stumbled upon about 20 of the plants. Today, the plant is still considered critically threatened, though seeds collected from the 2005 samples have grown successfully at UC Botanical Gardens at Berkeley. 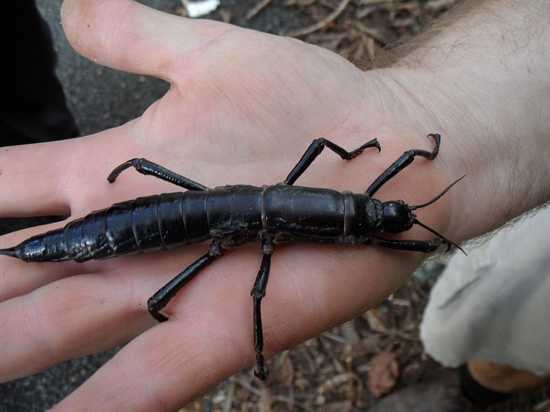 This large stick insect was dubbed “the rarest insect in the word” on its rediscovery, as only 30 individuals were found. They were rediscovered on one small uninhabited islet called Ball’s Pyramid, in the Lord Howe island group. These large, wingless insects were once very common on the islands, but the population dwindled after rats landed when a supply ship, the SS Makambo, ran aground there and they became the rodents’ main source of food. Hopes that the animals had survived were rekindled when newly dead specimens were found by climbers in the 1960s. Living specimens were found in February 2001. Today there are about 450 individuals, with some being returned to their original habitat of Lord Howe Island. There are also plans to eradicate the rat population to give the insects a chance to flourish. 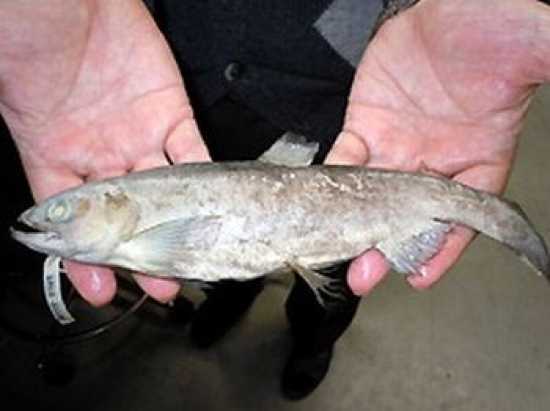 This Japanese fish, a subspecies of salmon, was thought to have become extinct in 1940, when its only native habitat, Lake Tazawa, was fitted with a hydro electric project, making its water more acidic. Although eggs were transported to Lake Saiko, about 300 miles away, this was thought to have been unsuccessful until 2010, when scientist Tetsuji Nakabo and a team of researchers at Kyoto University found living specimens in Lake Saiko. 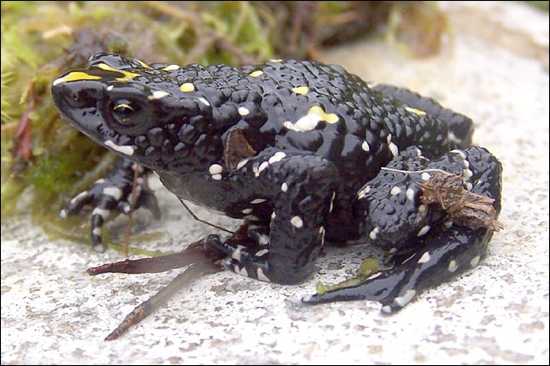 Native only to Colombia, this amphibian, before its rediscovery, was last sighted in 1995, and was thought to have been a victim of the fungal disease chytridiomycosis which has contributed to a global decline in amphibian populations. Attempts to locate the animal proved fruitless until May 2006, when it was spotted by Professor Carlos Rocha and a team of researchers from Pedagogical and Technological University of Colombia. The rediscovery gave hope to scientists that some amphibians were developing resistance to the disease. 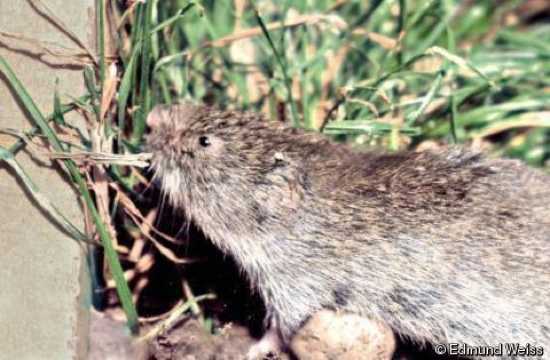 The rediscovery of this small rodent, indigenous to the Alpine regions of Bavaria, Austria and Italy, is interesting as it shows how long it can sometimes take for a creature previously considered extinct to be recognized as extant. The mammal was last recorded in 1962, in Garmisch-Partenkirchen, Bavaria, which at that time was the vole’s only known location. It was feared extinct in the 1980s, when the last of the meadows which it inhabited were paved over and built on. However, a population of the animals was discovered in the Austrian Tyrol in 1976/77, but these were not confirmed as being Bavarian Pine Voles until 2000. Coincidentally, the following year, Frederike Spitzenberger, a Viennese research scientist, discovered a live specimen in a trap, and further DNA tests proved that this creature was, indeed, a Bavarian pine vole. Its current population is sadly decreasing, and less than 50 individuals have been collected. It is considered locally extinct in Germany, and found only in one location in the Rofan Mountains, Northern Tyrol, Austria. 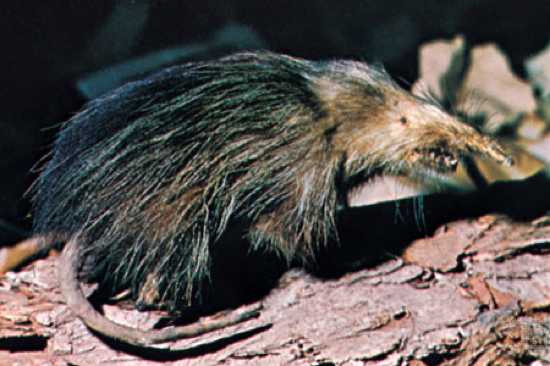 In 2003, a Cuban Solenedon was captured, filmed, studied for two days and released back into the wild, but not before being given the name Alejandrito. Alejandrito was only the 37th Cuban Solenadon to have been recorded. The small venomous creature is endemic to Cuba, and was originally discovered by German naturalist Wilhelm Peters in 1861, no specimens had been found since 1890, and the creature was feared extinct by 1970. Three specimens were found in 1974/75, but there is little information on these particular specimens, and there were no further sightings until 2003. No further living specimens have been found since 2003, but a dead one was discovered in 2005. 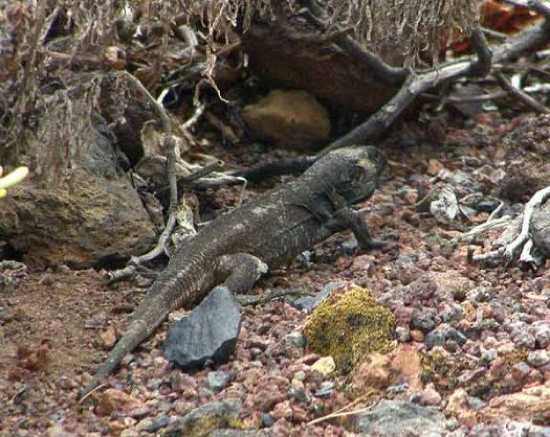 Scientists don’t seem to be able to pin point an exact date for the extinction of this creature, but they do agree that the decline of this reptile began at around the time humans started to inhabit the Canary Islands. Once again, rats played their role in the animals’ decrease in population, as did human consumption and loss of habitat. It was believed to have become extinct around 500 years ago. The animal was discovered again in 2007, when Luis Enrique Minguez, a researcher at the wildlife institution IREC, photographed the creature while hiking. Further research concluded this was a La Palma Giant Lizard. Interestingly, two other presumed extinct reptiles were also rediscovered on the Canary Islands, the El Hierro Giant Lizard in 1974, and La Gomera Giant Lizards in 1996. 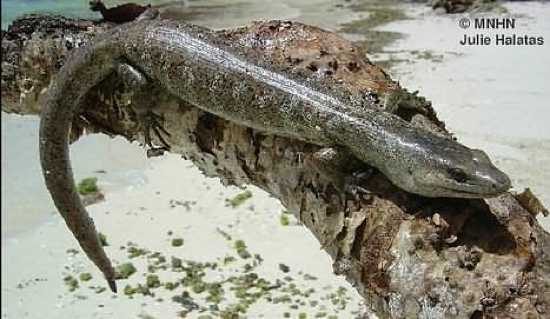 Not recorded since the 1870s
Rediscovered: 2003
Current status: Endangered

Little is known about this animal which, until less than a decade ago, was known to scientists from only one specimen, found in 1876. Both this specimen and the ones discovered recently were located on Ile de Pin in New Caledonia. In 2003, a live specimen was found by Ivan Ineich from Muséum national d’Histoire Naturelle, Paris. The creature was filmed and photographed before being released, and a further individual was found by Ineich on the uninhabited island, in 2005. Its current population is unknown but estimated at less than 250 individuals, and is considered endangered as, although there is no human threat, the island is prone to wild fires and tsunamis. 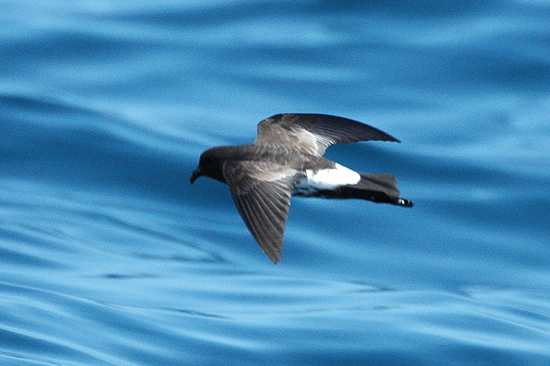 This small sea bird, similar to other animals on this list, had only been known to scientists by a small number of specimens. It was considered extinct since the 1850s. Its rediscovery is interesting as it shows that one ambiguous photograph can lead to more promising results. In early 2003, some inconclusive photographs were taken off the Coromandel Peninsula of New Zealand’s North Island, and these were followed later in the year by good quality photographs and a video of about 10 of the birds in the Hauraki Gulf. Live specimens were captured in that area about two years later, and they are still seen from time to time there. The current population is unknown and scientists have yet to discover the birds breeding location. 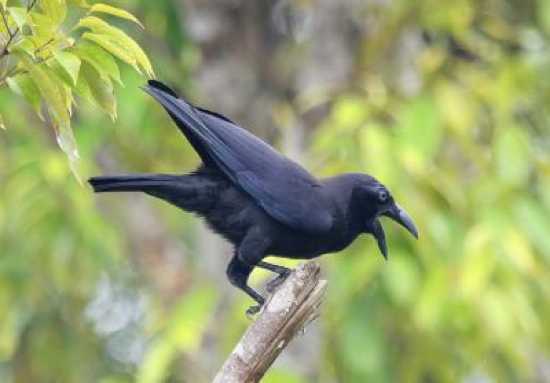 Once again, this creature was known to scientists only by a couple of specimens taken from an unknown island in the Banggai archipelago of Indonesia, sometime in the 1880s. There was no proof that the birds had continued to survive after this time. Unconfirmed sightings, in 1991, did not lead to anything more conclusive, though reports that the birds were spotted on Peleng Island continued. During a survey there in 2007/8, Indonesian ornithologist Mochamad Indrawan captured and photographed the bird, but confirmation that this was a Banggai Crow only came in 2009, when Pamela C Rasmussen of the American Museum of Natural History analyzed the recent discoveries and compared them with the museum specimens. Its current population is thought to be around 500 individuals, and Mochamad Indrawan is now involved with pressuring and protecting the species, which are hunted and eaten by the local population. 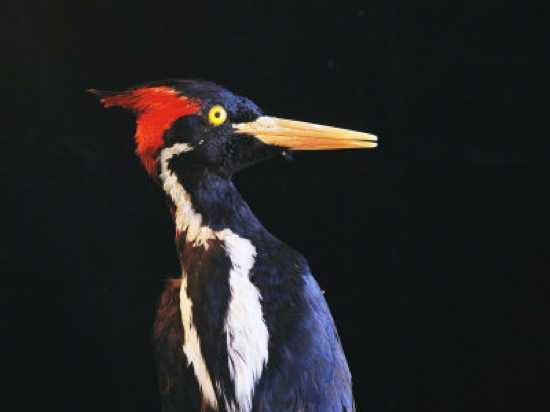 I have included this as a bonus, as debate is still ongoing as to the status of the ivory-billed woodpecker. So far, evidence of its existence has been inconclusive and no specimens, either alive or dead, have been captured. The IUCN lists the bird as critically endangered, but the American Birding Association describes the bird as definitely, or probably, extinct. The last recorded conclusive evidence of the bird’s existence in the USA was in 1944, but it was sighted in Cuba as late as 1987. Since the 1990s, there have been many expeditions to the bayous of Louisiana where the bird lived. But, while sound recordings and videos have been made, these are still considered inconclusive, the sound records have been declared to be far off gunshot sounds and the video may be a pileated woodpecker. While some scientists are prepared to believe the bird is still living, without proof the status of the ivory-billed woodpecker remains a mystery.