Sometimes the modern world can lead to a feeling of disconnection between us and the natural world. As a remedy to this First-World fatigue here are ten of the most spectacular shows the Earth can provide. 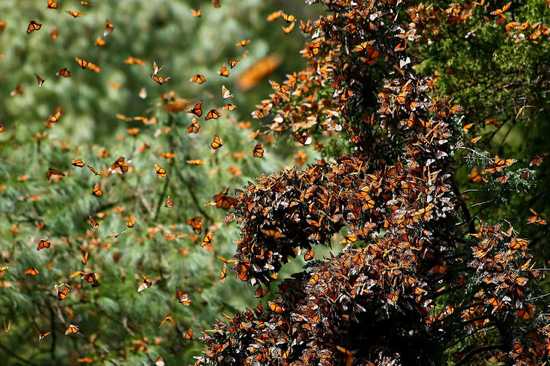 The Monarch butterfly (Danaus plexippus) provides one of the most beautiful of all animal displays. Individually they are a pretty orange and black, but when they mass for migration they fill the air with color. The migration path of the butterflies covers a large part of North America. The migration is prompted by the fragility of the butterflies to cold and so, as winter approaches, they head south. In these warmer areas the butterflies overwinter in large groups that may cover whole trees. No one individual will survive the whole migratory route due to the butterflies’ ephemeral nature. Their descendants will, however, continue to put on this beautiful migratory display. 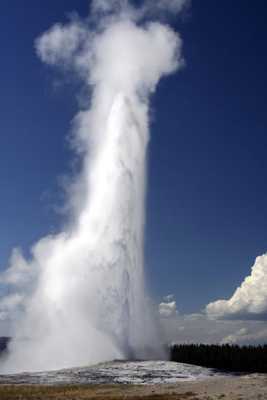 Geysers are a spectacular demonstration of the power of the Earth under our feet. Geysers are hot springs which, by a build up of pressure, erupt periodically and shoot water into the air. Geysers occur worldwide but over half of the world’s geysers occur in Yellowstone National Park. Yellowstone hosts the world’s tallest geyser, Steamboat, which shoots water up to 90m into the air. Geysers can, like most natural phenomena, be somewhat unpredictable and this has proved deadly when people wishing to see an eruption get too close in a fit of impatience. For a guaranteed geyser eruption Old Faithful in Yellowstone probably offers the best bet for tourists in America. Strokkur on Iceland erupts far more often than Old Faithful and can rival that geyser for height in major eruptions though.

An algal bloom does not sound very spectacular, though red tides of toxic algae can be huge, but in the case of Noctiluca scintillans it is one of the wonders of the sea. When there is a population explosion of these dinoflagellates it can look like the sea is on fire with blue flames. When disturbed they give off a burst of blue light. This can lead to a very spooky experience for night swimmers. They are found worldwide but for those unwilling to get wet, the video above shows some loud people throwing a rock into a Noctiluca scintillans bloom. 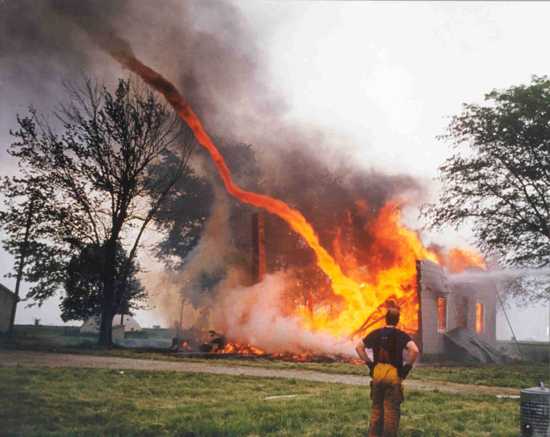 Tornadoes are terrifying events, but add fire and they become spectacularly terrifying. Fire whirls occur when the heat from a fire drive the air above it in such a way as to form a vortex with the cooler air outside. If this vortex acquires a vertical spin then a fire whirl, a vortex sucking flames upwards, will form. Fire whirls can be incredibly dangerous as they may pick up burning debris and so spread the flames. When Tokyo was struck by an earthquake in 1923 an enormous fire whirl was created by the massive numbers of burning wooden buildings. The whirl was a major factor in the burning to death of 38,000 people. Smaller whirls are commonly seen at the front of fires in grasslands. 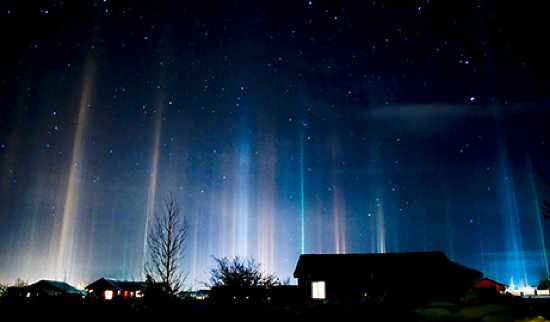 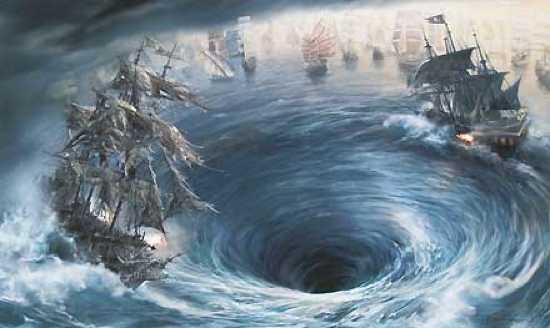 Maelstroms, hugely powerful whirlpools, have a long history in fiction as being terrible dangers to sailors. In real life there have never been any cases of large ships being sunk by maelstroms. The swirling masses of water in maelstroms, usually driven by unusually strong tides, are impressive. The Corryvreckan on the west coast of Scotland can be heard miles away as huge waves up to fifteen feet high crash back into the sea. Huge whirlpools have always attracted adventurous souls and the Corryvreckan was first swum by George Orwell’s one-legged brother-in-law. Maelstroms can be found world wide and chartering boats to them has become a popular tourist activity.

4
Lava Lakes
Scientist gets too close to lava lake! – Richard Hammond’s Journey to the Centre of the Planet – BBC

Lava, molten rock, is usually only visible during violent volcanic eruptions. However there are five points on the Earth where lava meets the surface in relatively peaceful pools. These lava lakes are a valuable scientific resource as the offer the chance to collect lava samples which have not been contaminated in the violence of a volcanic eruption. These pools offer direct access to the molten center of the Earth. At night, the lakes glow with the fierce heat they radiate. The video above shows that although the lava pools are relatively peaceful they are still dangerous. 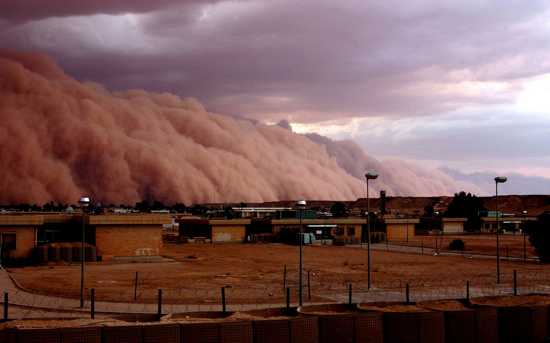 Sand storms are spectacular to look at but devastating to be in. Dust or sand storms have always bedeviled desert travelers who may become lost in them or even smothered by the sand they deposit. Sand storms occur when a strong wind whips up soil and sand particles into the atmosphere and carry them away. Sand storms can be so large that they are visible from space. Each year forty million tons of dust are carried from the Sahara to the Amazon basin. The carrying away of top soil can destroy agriculture or deposit necessary minerals. A wall of dust billowing out of the desert is one of the great images of the power of nature. 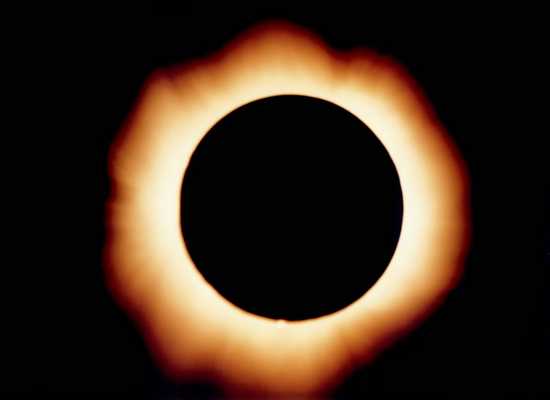 The Earth is special in that we have a moon which, at times of eclipse, will perfectly cover the disc of the Sun. This happens because the Sun’s diameter is approximately 400 times larger than that of the Moon, but the Sun is also 400 times further away from it. During a total solar eclipse the corona, a plasma layer around the Sun, becomes visible. Eclipses have fascinated mankind since the dawn of time, but have been understood and predicted for thousands of years. Now, with the ability to travel the globe, there are tourists who will travel to wherever the next total eclipse will occur. 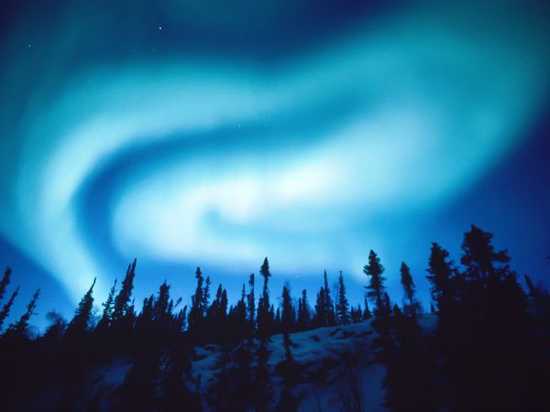 In my opinion there is no greater natural spectacle than the Aurorae. I first saw them while standing on a frozen lake in the north of Finland. We had left our little fire hut on the shore because a very faint green glow could be seen over the treetops. As we watched, a wall of green swept silently across the sky, flecked with pink lines. When you see a picture of the aurorae you do not get the sense of motion or scale. The aurorae occur when particles, ejected on the solar wind, are channeled by the Earth’s electromagnetic field into the atmosphere. As the particles strike the atmosphere they ionize atoms which then release light. Some people report hearing a crackling sound when aurorae are particularly intense, but this has never been confirmed.