Keeping up with the news is hard. So hard, in fact, that we’ve decided to save you the hassle by rounding up the most mind-blowing events each month. And January 2017 was a month that saw a lot of confusion, a fair amount of bloodshed . . . and a few glimmering rays of hope.

After a terrifying end to 2016, things may finally be starting to pick up. There were at least two major scientific breakthroughs in January. A corrupt dictator was finally deposed. A regional conflict was avoided. While there was plenty of doom and gloom around, last month was probably the least terrifying we’ve covered for a while now. Here’s what happened: 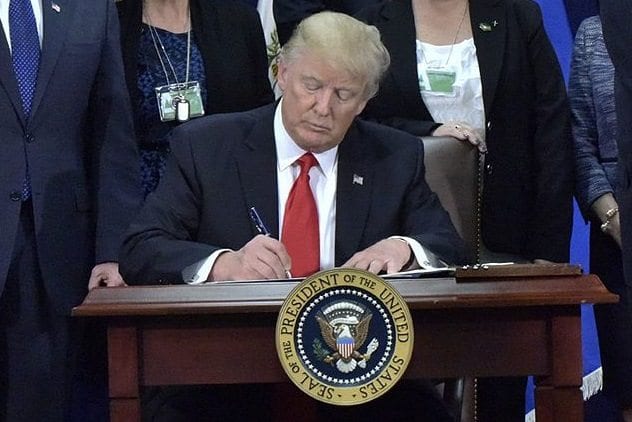 We might as well get this one out of the way. On January 20, Donald Trump was sworn in as the 45th president of the United States. He immediately began shaking up Washington in a way that was deeply cheering to his supporters and deeply worrying to his detractors.

There’s no space to explain each controversy, so we’ll merely give you a flavor of what went down. First, an argument about inauguration crowd sizes saw the White House get into a spat with the press. 24 hours later, women’s rights protestors marched on several cities in the biggest mass demonstrations since the 2003 Iraq War protests. In quick succession, Trump then scrapped the unloved TPP trade deal, defunded pro-choice groups, placed a hiring freeze on federal workers, restarted the controversial Dakota Access Pipeline, signed an executive order to build a wall on the Mexican border, claimed millions had voted illegally in the election, and finally placed a travel ban on anyone from seven Muslim-majority countries and halted the country’s Syrian refugee program. Phew.

The reaction that Trump’s orders generated outside of the US was interesting, to say the least. For each policy dumped, another country seemed to offer to replace it. The Dutch promised to support defunded pro-life groups. Canada offered to take America’s quota of Syrian refugees. Australia revived the TPP deal as “TPP minus one.” It’ll be interesting to see if this sets the tenor of the world’s relations with the 45th US president. 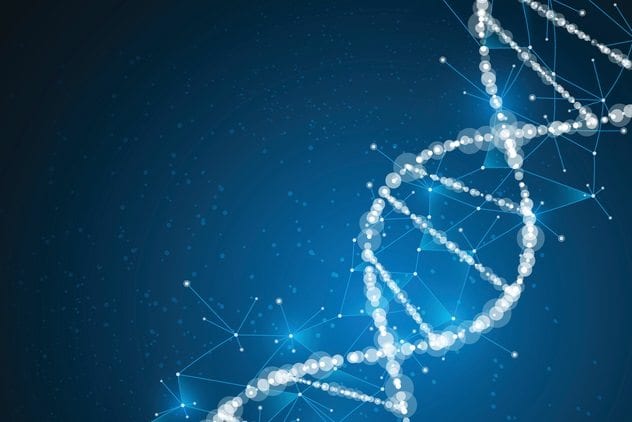 Since the dawn of time, every single living thing has had DNA composed of four letters: G, A, T, and C (aka guanine, adenine, thymine, and cytosine). You, your cat, your cat’s fleas, the bugs living inside your cat’s fleas—all of them have been made up of this limited code . . . until now. On January 24, scientists from the Scripps Research Institute announced that they’d created cells with two extra letters: X and Y.

This isn’t the first time the team had successfully grafted extra letters onto DNA. But it is the first time that the resulting microbes haven’t died faster than you can say “Gattaca.” The new cells are capable of holding the synthetic DNA indefinitely and have lifespans no shorter than their unmodified counterparts. Although they are incapable of reproducing in the wild, they are essentially the same as any cell with only four letters. The age of synthetic DNA is here.

This is essentially the leaping-off point for the future. Soon, we’ll likely be able to create synthetic organisms designed for specific purposes. There’s no telling where this research may eventually lead us. 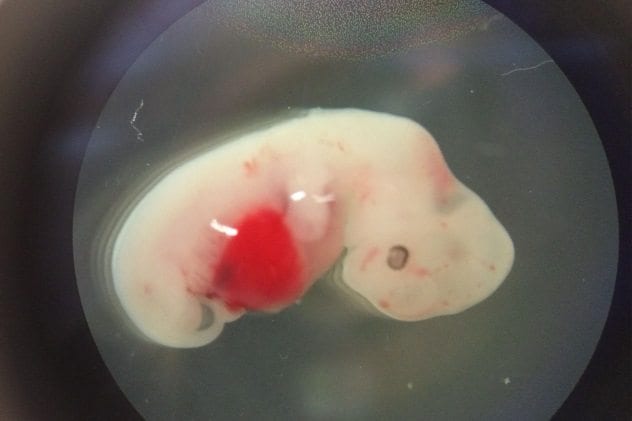 Such chimeras have been made before but never using human cells. This research is at the very boundaries of ethical limits, and public funding of it is banned worldwide. But, aside from providing nightmare fuel for thousands of casual readers, pig-human hybrids also offer something perhaps less expected: hope.

The goal of the Salk Institute is to one day use this technique to grow human organs. At the moment, a person is added to the organ donor waiting list every ten minutes. Every 24 hours, 22 people die for lack of a donated organ. The aim is to create spare organs for those people completely from scratch, saving thousands of lives. This research, as nightmarish as it sounds in principle, is an important first step in that direction. 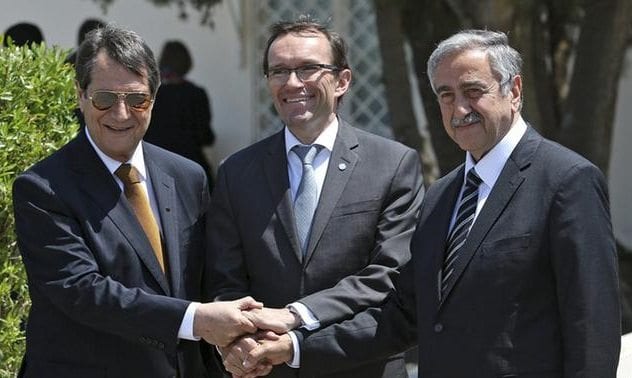 If you’re not au fait with the history of Cyprus, here’s a quick crash course: Once a British colony, Cyprus was granted independence from London in the 1960s. Barely was the ink dry before the island’s Greek and Turkish communities started killing each other in a decade-long ethnic conflict, which left 10,000 dead and the island divided into a Turkish-controlled north and an independent, mainly Greek south.

Fast forward to 2017, and South Cyprus is now in the EU, while North Cyprus is an autonomous state recognized only by Turkey. 30,000 Turkish troops still guard the north, while British forces are stationed in the south. For a long time, the situation has been similar to the deadlock between North and South Korea, only without a crazy fat guy threatening to nuke everyone. Then, this January, the unthinkable happened. Reunification talks between the two sides entered their final stages.

If this goes ahead, it’ll be the biggest such event since East and West Germany joined back together in 1990. While Cyprus has been here before, only to see talks collapse, everyone seems confident that a deal could finally be achieved this time. 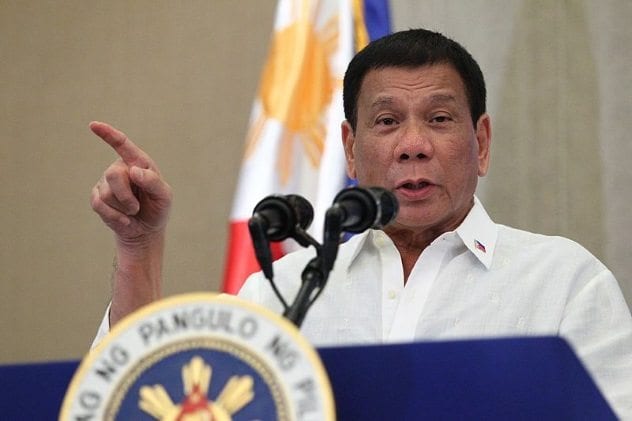 Photo credit: Government of the Philippines

Seven months ago, the Philippines elected Rodrigo Duterte on a promise to execute drug dealers and users. 7,000 people have since been killed by paramilitary and police forces, all without trial. Last month, things spun even further out of control. It came to light that police officers had abducted and murdered a South Korean businessman.

The killing happened in October, but the shocking details only recently emerged. Jee Ick Joo was snatched in broad daylight. He was tortured and murdered in the National Police Headquarters. Officers served the dead man a warrant for a nonexistent drugs case and extorted $100,000 from his wife under the pretext that he would be released.

In response, Duterte has been forced to disband the country’s antidrug units while an investigation takes place. But those hoping for a stop to the random killings were to be disappointed. The president announced that the crackdown would be extended from the initially promised six months to five whole years. 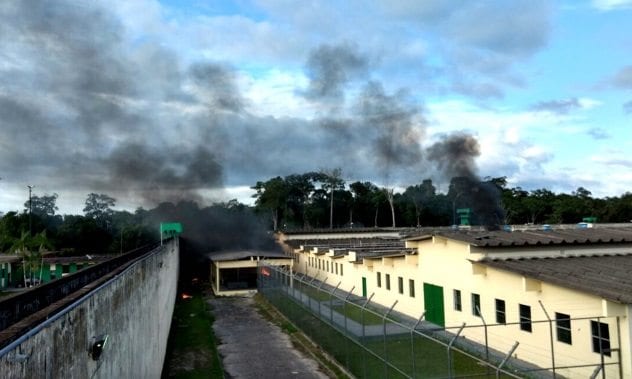 Photo credit: Xinhua via The Guardian

56 people are decapitated before horrified onlookers, their heads lined up in a row. 33 prisoners are mutilated, their bodies piled up in a heap. Messages are scrawled in human blood. Helpless men are burned alive.

It sounds like a report from deep inside the Islamic State, but these horrific massacres didn’t occur in Syria. They didn’t even occur in a war zone. They happened in a peaceful democracy that counts itself among the US’s closest allies. Welcome to Brazil, where a series of deadly prison riots are threatening to send the whole country spiraling out of control.

The massacres are the work of rival drug gangs. Most are based inside Rio’s favelas (slums), but their members are incarcerated around the country and number in the tens of thousands. As the situation in the prisons gets worse, there’s a worrying chance violence will erupt on the streets. Already, there have been four major prison massacres in 2017. If things don’t change soon, the favelas of Brazil could erupt into a conflict as dangerous as that gripping Mexico. 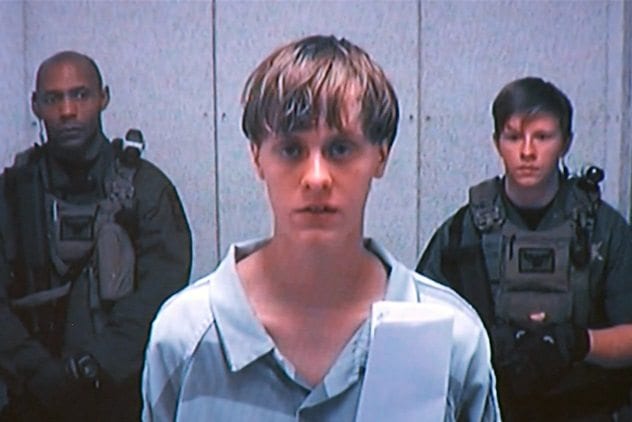 In summer 2015, Dylann Roof drove to a historic black church in Charleston, South Carolina. There, he sat in on a prayer meeting that lasted two hours. At the end of it, he drew a gun and murdered nine people.

The jury unanimously supported death for Roof. However, it is unlikely that the federal government will be the ones to carry out the execution. Roof is facing a murder trial in South Carolina, which has executed 41 people since 1988. By comparison, the federal government has executed only three: a drug lord, a man who murdered an Army private, and Timothy McVeigh. But even if South Carolina passes a death sentence, experts believe that appeals mean it may be decades before Roof faces justice. 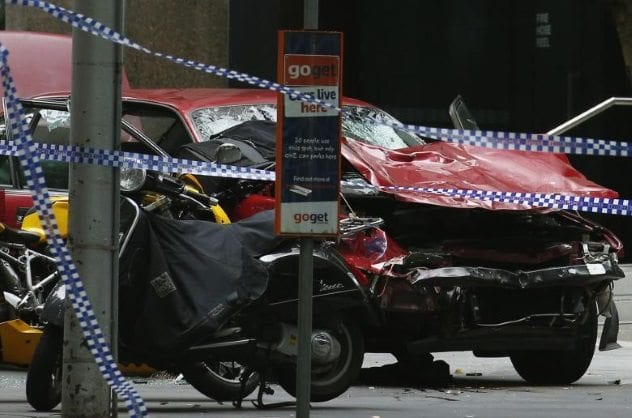 It’s no news that society is polarized. But three shocking attacks in January showed just how deep those divisions are and how badly left and right have turned on each other.

In the first, a mentally handicapped white man was abducted by three black classmates. He was tied up, racially abused, and horrifically tortured for 48 hours. The motivation appeared to be that he was a Donald Trump supporter, making the abuse a sickening attack on both decency and democracy.

In the second, Canadian student Alexandre Bissonnette walked into a crowded Quebec mosque and opened fire, killing six people, including a professor at his own university. Bissonnette was inspired by online far-right hate speech, the same kind that motivated both Anders Breivik and Dylann Roof.

Finally, in Melbourne, Dimitrious Gargasoulas plowed his car into a crowd, killing six people. Awful as that was, what came next was even worse. People from both sides of the debate immediately set about trying to “prove” their own pet theories of what motivated the attacker. Even as the death toll mounted, trolls simply used the bloodshed for cheap political point-scoring. It was a disgusting spectacle and one which should make everyone involved feel deeply ashamed. Don’t count on it, though. 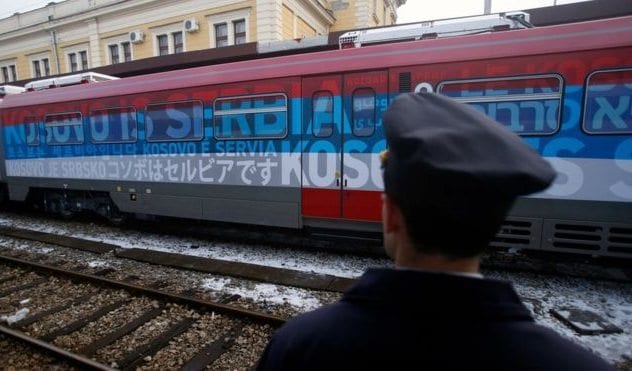 In 1999, the Kosovo War ended the bloody fighting that had paralyzed the former Yugoslavia. Since then, both Kosovo and Serbia have existed in a state of uneasy truce. This month, a dispute over a train brought them back to the brink of armed conflict.

The train was the first to run from Belgrade into Kosovar territory. It was meant to show cooperation between the two nations. At least, it would have, were the train not in the colors of the Serbian flag. If that wasn’t enough, “Kosovo is Serbia” had been painted on the side in 20 languages.

Serbia sees Kosovo as part of it. Since 2008, Kosovo has claimed itself to be an independent nation. The train brought all that simmering tension to the boil. Serbian president Tomislav Nikolic threatened to invade Kosovo. The city of Pristina responded by preparing their heavily armed citizens for guerilla war. At the time of this writing, the situation still isn’t fully resolved, a reminder that, in the Balkans, even the tiniest thing could one day trigger a renewed wave of violence. 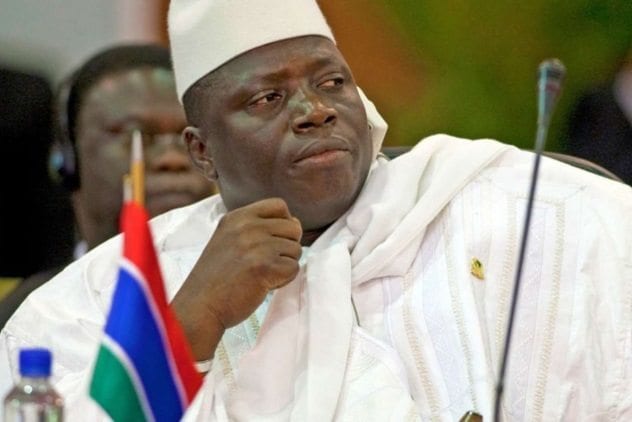 For 22 years, Yahya Jammeh ruled Africa’s tiniest mainland country with an iron fist. Then, he lost an election to Adam Barrow. Jammeh refused to step down. Everyone predicted a crackdown and a return to the oppression of previous decades.

And then a strange thing happened: As The Gambia lurched toward crisis, the West African regional block (Ecowas) threatened to intervene, and they really meant it. In no time at all, Jammeh found himself the target for an international butt-kicking. So he did the only thing he could. He fled into exile, taking $11 million, stolen from the nation’s coffers, with him. Against all odds, democracy had triumphed.

This is great news. Jammeh was the last old-school dictator in the whole of West Africa. Just as the South American dictators of old all faded away in the 1990s, Jammeh’s flight into exile marked the passing of the classic West African strongman. It was a signal of hope for a region long blighted by war and dictatorship. And it was a signal that maybe, just maybe, 2017 won’t be so bad after all.