The more popular contemporary genre of teen-related films are comedies but throughout each decade, teen films have journeyed into dark and sometimes scary portrayals of high school life. The verisimilitude of these dark depictions are ones that most of us may be able to relate to or something we’d see in social themed television shows. Regardless of what the story is, this list contains movies that do not provide the audiences entertainment with laughter but thought-provoking verity. 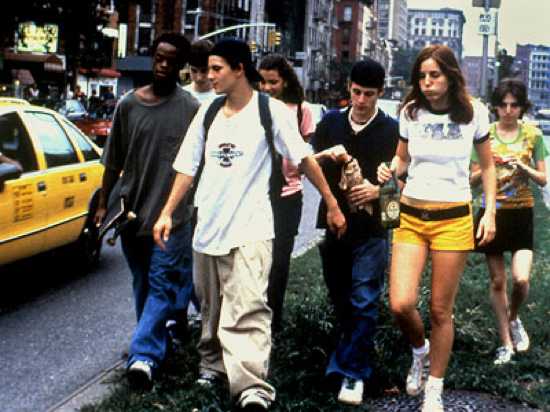 Larry Clarke’s feature debut came along with very mixed reactions from critics. The film Kids is one of the most realistic depictions of lower-class, urban teenagers one may ever come across. The film plays out like a documentary about sexually active teenagers in New York. The plot is circled around a young boy named Telly who has infected many virgins with HIV including a girl named Jennie. Jennie treks across New York to prevent him from infecting any others while Telly takes it on himself to raise hell in his urban neighborhood.

The film’s dark premise is profusely unsettling in the sense that you couldn’t explain it to a callow younger sibling. There are many scenes that involve underage drug use and very explicit sex scenes that I’m surprised Larry Clarke wasn’t arrested for. Regardless, Kids is indeed a very important film sure to widen eyes of adults and teens alike, with its abysmal, terrifying methods of storytelling. 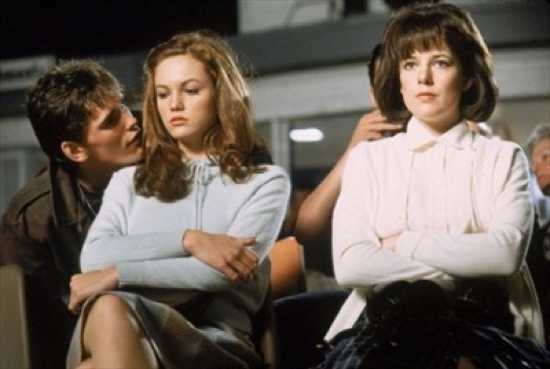 The Outsiders is about a group of social outcasts (hence the title) and their journey through conflict and friendship. Though it has strained from the novel quite a bit, the source material’s social commentary transcends into the film with a copious surge that anyone could fathom. The story itself does not only focus on the relationship of friends but the clash of family and the anguish of lost loved ones.

The Outsiders is a film that’s much more restrained in its dark subject matters then most movies you’d see on this list. The Outsiders is an entertaining film from legendary director Francis Ford Coppola but with a bleak message of social class and seeing the world in only black and white, The Outsiders provides an age old fable. 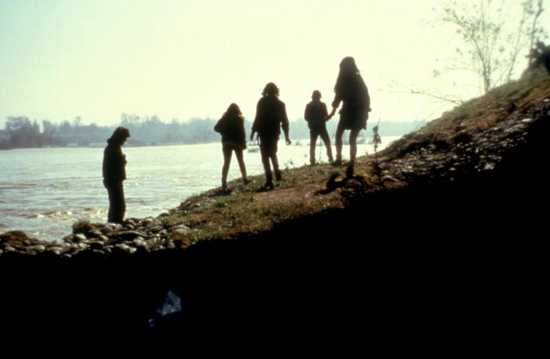 A motion picture that was derived from a true case but I unfortunately discovered (from what I researched) has contrasted in many ways. Nevertheless, River’s Edge is an enthralling and very interesting piece on friendship and psychological disintegration. The film is centered on a coterie of friends who discover one of their own had been murdered and to an even more comprehensive revelation by a member of their own clique.

This film was very quaint in the style and the mannerisms that the young characters displayed. After one of their best friends have died, they don’t feel dismay or sorrow for her loss but rather confound ambivalence. The young boy who murdered the girl has his friend go out of his way to try to keep him from being caught but at his own risk. On the other hand, his other friends are bewildered when attempting to decide on whether to report him. River’s Edge is a very flustered story that deals with very different (yet interesting) characters who have to deal with their own issues while trying to piece the puzzles to a larger problem. 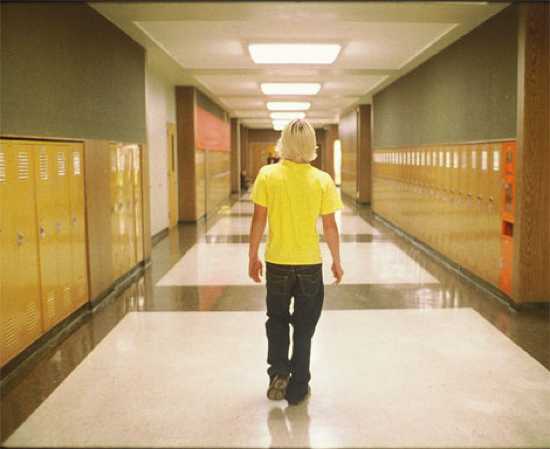 Gus Van Sant after making such big movie hits such as Milk, Good Will Hunting and Finding Forrester has taken another road in the medial portion of his career. Elephant, winner of the Palme d’Or, is a story about many different individuals within the same high school in the days leading up to a school shooting. The premise is very chilling and with it’s interesting premise comes one of his best movies in years.

Elephant is a disquieting tale showcasing the live of socially prominent teen students to ethically reticent or even estranged loners. Though the filming technique is an attempt to make the film into a piece of art rather than an entertaining spectacle, Elephant is shot with raw ferocity and plays out with a real feeling of finesse in the story. Aside from the build up of characters, the school shooting scene is surely the most memorable, staggering moments in this feature not even contemplating to hide the violence or the brutality of the situation. 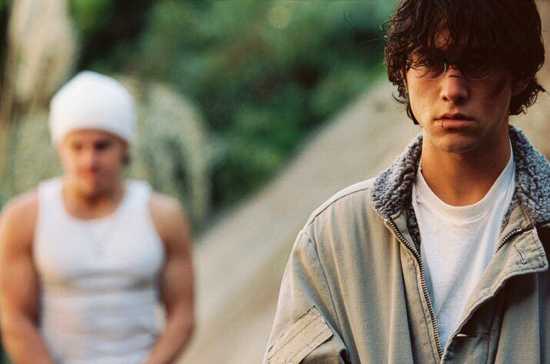 A very interesting ‘neo-noirish’ twist in a high school drama story. Joseph Gordon-Levitt stars as the intelligent loner on a mission to look for his ex-girlfriend through the underground workings of underage drug dealers and the high school students who affiliate themselves with them. Brick is an intelligent drama that can seem very murky in subject manner and somber in its content dealing with troubled students.

With a highly stylized filming method (not uncommon in noir films), Brick pieces together an interesting high school tale with interesting (and perhaps sometimes very astute) characters that story is centered around. Brick does contain a lot of very violent scenes involving multiple fights that the protagonist gets himself into as well as other moments (that I shall remain untold). For an average film goer, this film should be able to follow pretty easily and if they actually pay attention, they could find the significance behind how Brick plays out. 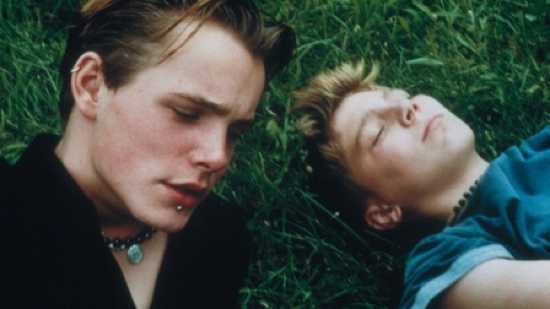 Its very hard to discern a movie like this, watching L.I.E. most of us should be able to tell how well written it is but how to perceive of the premise: a fifteen-year old boy’s relationship with a much older pedophile. This is one of Paul Dano’s first movies and by watching it, you can tell that he has one of the most natural talents in the industry today and the always amazing Brian Cox shined as the disturbingly dynamic pedophile.

The story itself is one that may entice anybody to check it out (myself included) and, by watching it, may get a sense of apprehension or disgust by its content. L.I.E. was one of the most popular films of the year because of its uncommonly perception of teen boys in a bourgeois residential neighborhood. This film deals with sexual confusion, bi-curiousness and the intriguing behavior one young individual could infect another with.

4
Precious
Based on the Novel Push by Sapphire 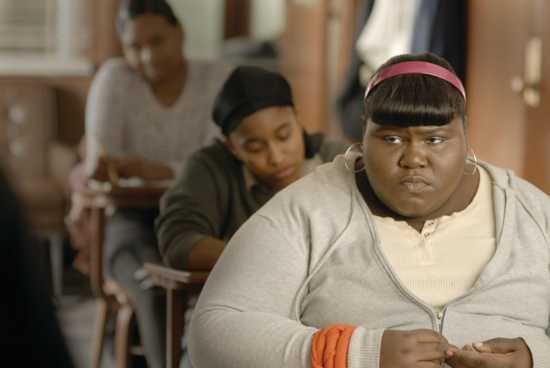 Clareece Jones is an extremely overweight, illiterate and socially tormented young woman living in a very low class location in Harlem, New York. Precious is so far the only movie that has received as much Oscar recognition as it has and deserving as well. Precious deals with in her life something that is utterly dismaying yet not too aberrant, as these kinds of stories have appeared on television programs many times before.

It’s always interesting to see a very tragic story such as this from one person’s perspective and when we received that in this film, jaws dropped and tears jerked. Hearing the warning of this movie’s content, one may be repelled to watch it such as incestuous pedophilia, domestic abuse, social blusters and bullying. But giving it a chance, you will find Precious to be one of the most touching, relate-able, and strangely feel good films of the year. 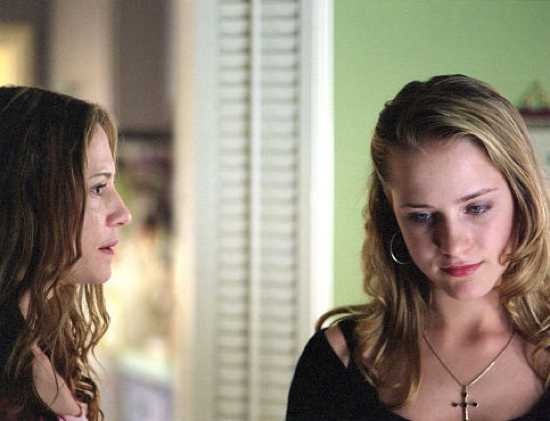 It’s hard to begin to explain a film like this and how tragic it can be. A sweet, intelligent girl on a lower tier of the social ladder destroys herself to become more prominent in the social conglomeration. Yes, it is a story many of us had heard so many times before but it’s something that should always hook kids and parents alike. The movie itself alarms the viewers with its very odd opening and its inevitable outcome.

Thirteen shows its audience how hard it could be to avoid peer pressure when to become popular is something all of us want (whether we’d like to admit or not). In this film particularly, the main character pursues in very appalling transgressions such as stealing, underage promiscuity, smoking and drinking. Daunting? Yes, but nevertheless a great tale that should be pursued by anyone looking for a peculiarly good story. 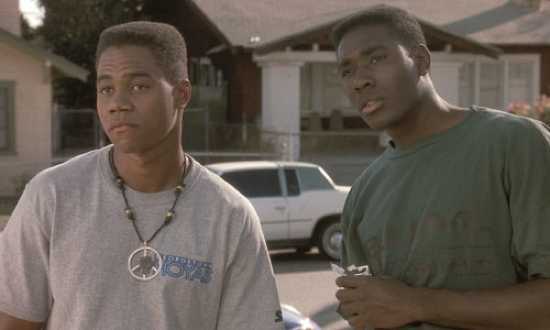 This movie abolished any misconceptions or prejudice I had against people living in this type of environment. Boyz n the Hood is John Singleton’s first feature about the troubles young high school students deal with while living in a gangster filled neighborhood. The protagonist is pushed into a world where violence and the strict lawless grey areas come into contact with young people attempting to graduate high school and making a name for themselves.

Boyz n the Hood is an Oscar-nominated triumph of suburban crime life and an exploration of characters who deal with the social atrocities that they try to avoid. This was a story that needed to be told so that the only people who are aware of these misconducts and villainy are not the only ones who know what’s occurring. Boyz n the Hood is a teen drama, that doesn’t only focus on the young characters that attempt to avert from the crime but the characters that participate in the acts.

1
Rebel Without a Cause 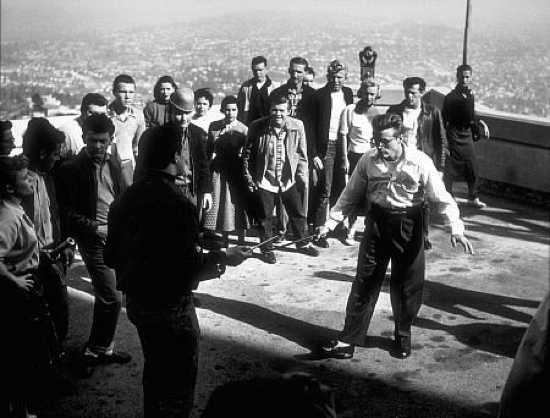 Rebel Without a Cause is the iconic scrutinizing of troubled teens; this consists of a capaciously scary world of knife duels and lethal games of “chicken.” Rebel Without a Cause is, for good reason, the most famous portrayal of rebellious teens and their dysfunctional relationship with their family as well as their peers. This affection themed film won over a profusely large audience with its commentary on the outlook of adolescence.

James Dean’s star making performance focuses mostly on his character who seems to be a very troubled, socially awkward and highly disillusioned seventeen year old juvenile. Sure, there are many teenagers who fit this description nowadays but to be candid, they wouldn’t be as cool. Rebel Without a Cause has aged with grandeur and spectacle; it was definitely a teen film ahead of its time.

My Own Private Idaho, Basketball Diaries, Running with Scissors, American History X, and many more