This is a list of English words whose origins can be traced back to Arabic. Some will be immediately recognizable, as they refer to phenomena and concepts directly associated with the Middle East. Other words will be so familiar in their contemporary sense that you may be surprised to find that they came to English from such a distant language. While some of the words in this list have more or less direct transfer from the source language to the target, others took a more circuitous route, arriving in various permutations after passing through third languages such as Spanish, Persian and Turkish. To the best of my knowledge the information here is correct, however I’d appreciate any insight and/or corrections.

A brief note on Arabic: the Arabic language is based on a trilateral root system, in which (most) words can be broken down into a three letter base. This root takes the form of the third person singular past tense. For this reason you will see these roots rendered in English as “he (performed action)”. 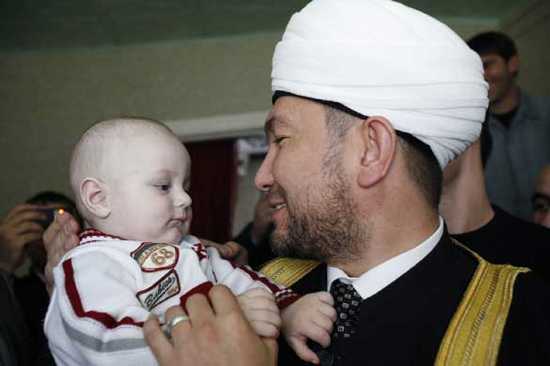 We begin the list with one of the terms most known to western audiences, as well as one the most semantically debated and controversial. The origin of the word is جهد (ja-ha-da) meaning “he made an effort.” In the religious context this type of effort can run the gamut from helping your neighbor, achieving an inner Zen-like devotion to God and, yes, violent struggle in defense of the faith. Due to Arabic’s position as the liturgical language of Islam we will see that many words which have transferred solely to other languages in a religious context can have a more mundane, day-to-day meaning in the original Arabic. For example, the word جهود (jahood), from the same root as ‘jihad” simply means “efforts” and is not necessarily religious in tone. 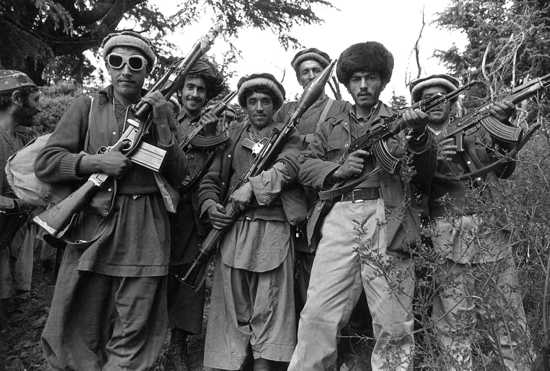 You may be able to discern that مجهدين (mujahedeen) comes from the same root as the previous entry. A mujahid is someone who takes up arms in defense of the faith. The label was applied to Afghan warriors resisting the Soviet occupation of their country. It generally was viewed in a positive light during the 1980s when the West, especially the US, was supporting these fighters against the communist enemy. Since that time, however, the term mujahedeen has since fallen into ill repute, largely due to the actions of Islamist fighters who battled in Afghanistan and then spread to the corner’s of the earth committing acts of terror in the name of their faith. 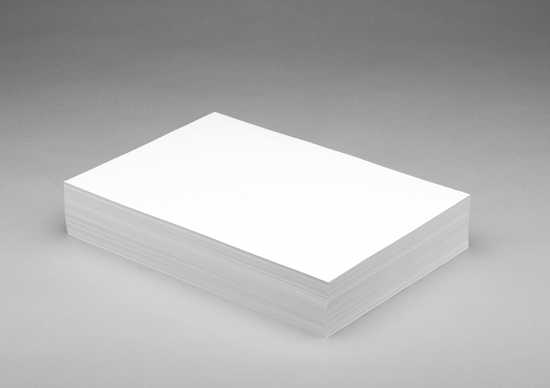 Not all words deal with fiery topics like religious zeal. Ream refers to a bundle of paper consisting of 480, 500, or 516 sheets. The original Arabic word is رزمة, which means package or bundle. 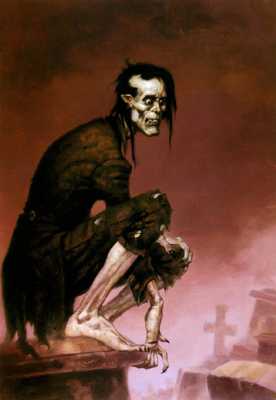 The ghoul came into western culture via the famous “One Thousand and One Arabian Nights.” The الغول (ghoul) is a macabre demon who haunts burial areas and feasts on the dead. There is some debate as to whether this word is related to an ancient Mediterranean in demon “Gallu.” The word “ghoulish” in English is used to describe an unsettling fascination with, or attitude toward, death. The word was rendered in the diminutive and used as title of the 1980s’ “Gremlins” rip-off “Ghoulies.” 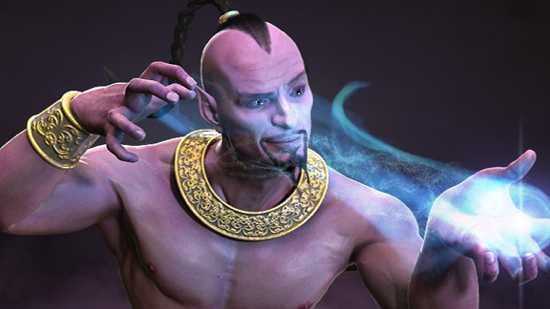 Another well-known import thanks to Barbara Eden and Disney. The word genie already existed in English to refer a type of guardian angel. As with the Ghoul, the concept of the jinn الجن”” was introduced to the west by way of “One Thousand and One Arabian Nights.” Translators decided to use the extant English word genie as a label for this mysterious eastern entity. Since then genie has come to be associated with an eastern, wish granting spirit. In Islam, the jinn is said to have been created from smokeless fire. Like humans, jinn have free will and can therefore be good or evil. 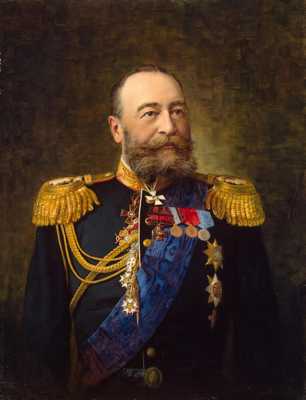 Probably coming to Europe with returning soldiers of the crusades, امير البحر (admiral) means, literally, “prince of the sea.” Today Admiral is the highest rank in the world’s navies. 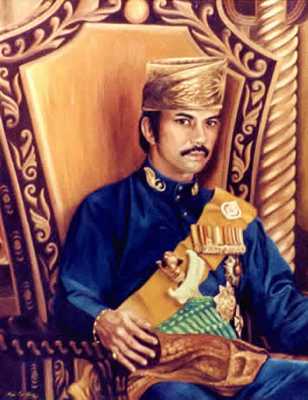 Coming from the root سلط, (sa-la-Ta) meaning to rule or have strength. The term originally referred to the secular leadership (as opposed to the religious) of the burgeoning Muslim community. The term really gained traction with the Turks, first the Seljuks, then, most famously, the Ottomans. Today in English it refers to a ruler, making possible the alliterative title of the Dire Straights classic “Sultans of Swing.” 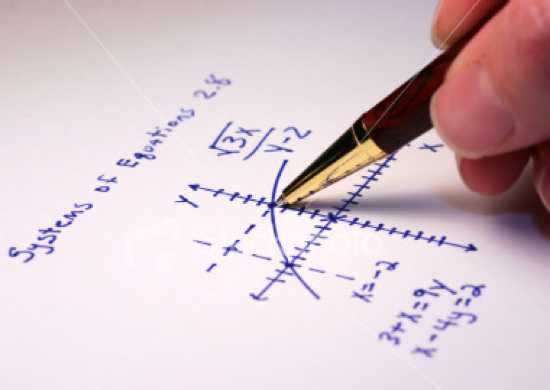 The bane of high school students everywhere, perhaps this word conjures more fear than ghoul and more animosity than jihad. The root جبر can mean “he set (a broken bone)” thus is derived the term الجبر as the practice entails setting two sides of an equation so as they are equal to one another. Although the concept existed in various permutations since the days of ancient Greece it was codified and distinguished by the famous Persian scientist Muḥammad ibn Musa al-Khwarizmi, who did so while working at the famous “House of Wisdom” in 9th century Baghdad. 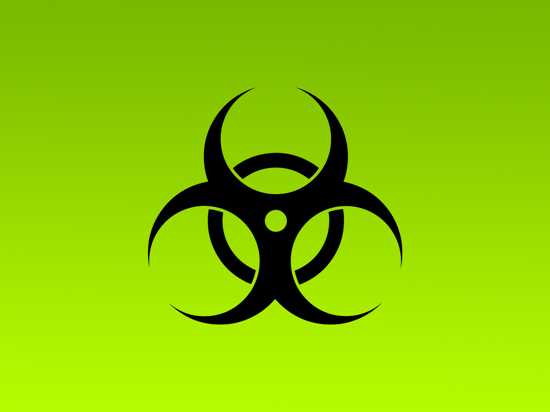 The Arabs ruled Spain from 711 AD until 1492 AD. Arabic culture has left an indelible mark on Spanish architecture, dance, and, of course, language. The word الزهر (al-zarh) means “dice,” which gave the Spanish word for risk “azar,” ultimately coming to English as “hazard.” 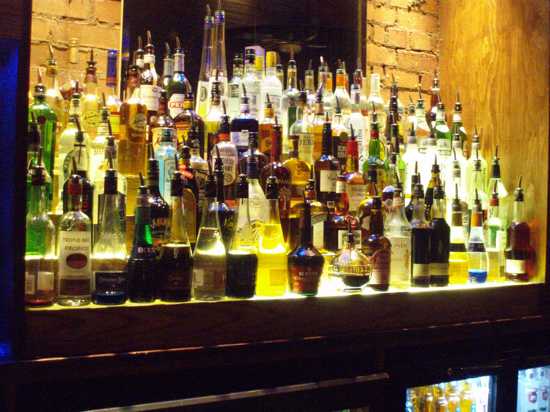 We began with the most controversial, so let us end with the most agreeable. The route of this word is enough to make one feel as if they had consumed a large quantity of the substance to which it lends its name. The word kohl “كهل” refers to the dark eye-shadow used as a beauty accessory by women across the Near-East. Although Persian scientists were the first to identify alcohol in a scientific sense, westerners actually coined the term alcohol. Due to the similarities in the processes of sublimation for creating kohl and distillation for creating alcohol the later was adopted. Later, the word reentered Arabic as الكهول.