After seeing the list for the 10 best firearms, I decided it would be amusing to do a list of the 10 worst firearms. For criteria for the worst firearms, I looked at reliability, safety, and utility of the weapons in the time of which they were made. If you think I have missed any awful firearms, be sure to mention them in the comments for a follow up list.

While these rifles were a good increase in firepower for the people of the Old West starting in the 1830s, they had some very noticeable drawbacks. For all variants, there was a leak of the gases of firing at the front of the cylinder and a corresponding drop in muzzle velocity. For the double-action variants, as the cylinder cycled for each shot the just-fired tube had a tendency to send hot gas at the hand of the firer. This only ranks a 10 on the list because the problems were tolerable in comparison to the benefits of more firepower. 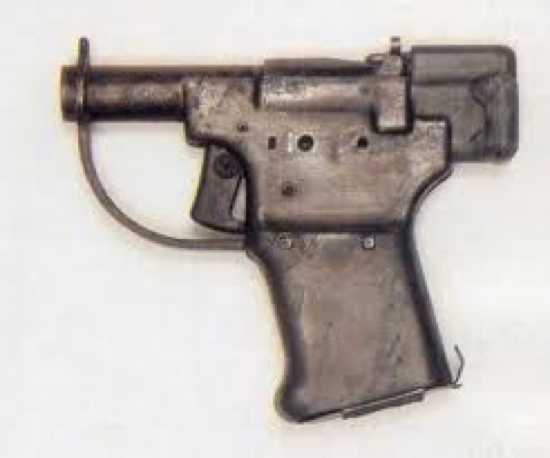 The Liberator was a single-shot pistol stamped out of sheet metal for dropping behind enemy lines into the hands of resistance movements during WWII. It was lacking because you only got a single .45 ACP shot at an enemy who probably had a semi-automatic pistol/rifle or a fully automatic submachine gun. Also reloading was extremely troublesome as you had to push a stick down the barrel to push the spent cartridge out. 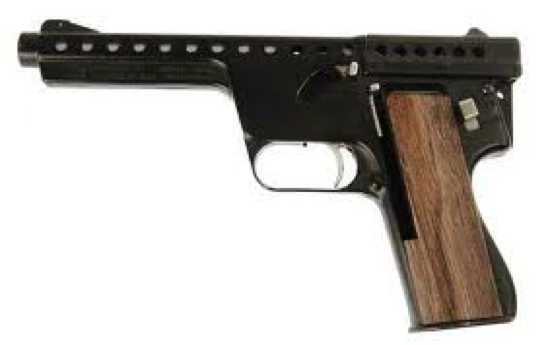 The Gyrojet was a hand-held rocket launcher developed in the 1960s. It fired 13mm rockets. Differing from most firearms in that the velocity increased after the projectile left the barrel. One major problem though was that it often lacked the power to kill at close-range which is really not good for a pistol design. On some occasions the projectile just fell out the end of the barrel.

The Boys Anti-tank rifle was an early anti-tank weapon unsuccessfully used at the beginning of WWII. It was a five-shot rifle that weighed 16.33kg (36lb) and fired a 13.97mm (.55) caliber armor-piercing round capable of penetrating 21mm of armor at 300m. It was under-powered at the start of WWII as it could not cope with German panzers armor. It was also a bit heavy for a soldier to lug around and its recoil was ferocious. 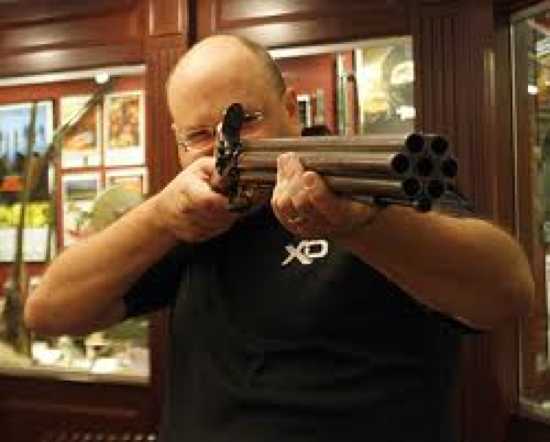 The Nock Volley gun first appeared around 1780 and fired seven .50 caliber slugs at the same time. It was good in repelling boarders in navel combat but its recoil could break the firer’s shoulder. It also had a tendency to set ships rigging on fire from the muzzle blast.

Perhaps one of the least well-known firearms on the list, the Cochran revolvers had a cylinder that revolved horizontally. Basically it meant that every time you fired it you had a loaded round pointed at you. Everything had to have been machined precisely because if a tube was bored just a fraction of an inch too deep it meant that the round pointed at you would fire as well. 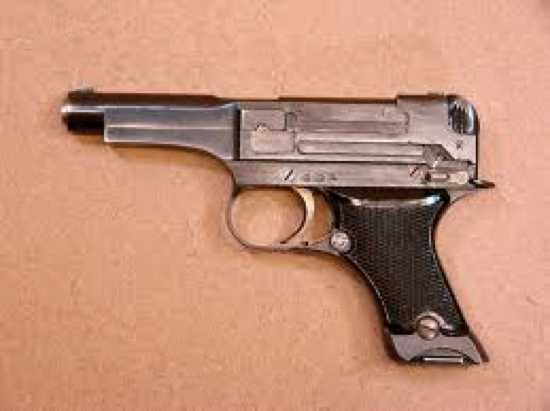 A Japanese pistol design of WWII that fired 8mm Taisho 14 rounds. It was underpowered, cumbersome, awkward to use, and extremely unsafe. Since the firing sear projects from the sides, it is easy to fire by accident. It was possible to fire a cartridge before it was fully in the chamber, and was considered more dangerous to the user than its target.

The pepper box revolver was used mainly before the colt style of revolver caught on. It was heavy because of the multiple barrels, sometimes all of the shots would go off at once because of chain-firing and break one’s wrist, sometimes it would explode, and it was widely inaccurate. According to some wits the safest place to be when it went off was right in front of it. 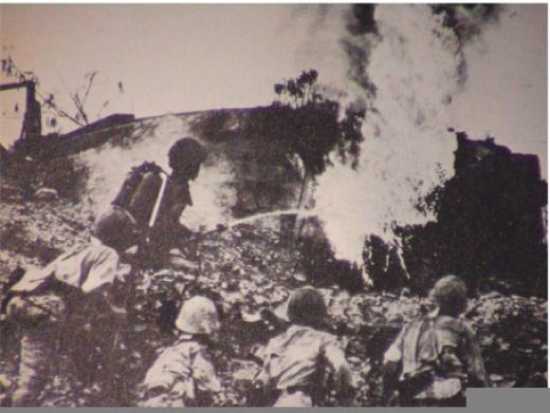 This pick is more literally a firearm than the other ones on the list as it is a German WWI era flamethrower. It was manned by a 2 person team and was only operated by convicts because of extreme danger. Basically it was a bomb with a guaranteed 2 people in close proximity. It was large and heavy and made an ideal target. Also since the Allied soldiers found it to be barbaric, they were very unlikely to let the operator surrender alive.

A French light machine gun that was so bad that soldiers issued it threw it away in favor of rifles. Issued during WWI it was so shoddily constructed that the parts were not interchangeable from one chauchat to another. The magazine with its big holes in the sides begged for dirt and mud to mix with the cartridges which resulted in immediate jamming, leaving the weapon useless especially since trench warfare is all about mud and dirt. The main reason the Chauchat is at the top of the list of worst firearms is that there were so many decent light-machine guns around at the time of issue, and they still issued this piece of junk instead.