It’s very easy to recognize someone who doesn’t quite have city life down. The city is definitely a beast that requires careful examination and acquaintanceship before you just up and mount the thing. For those who ride the beast as per a daily routine, the interface is smooth, but for those who stare with a cocked head at it for too long, might very well get sucked up by its invisible mystique. For the former, the easily-overwhelmed latter can’t be missed, and here are ten signs that the bearers of such perpetually-tilted heads are in fact not from the city. 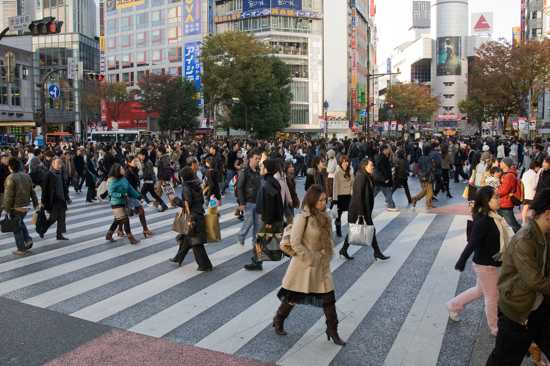 Everything is neat and orderly in the outer-lying suburbs. You are used to things like school zones and crossing guards and courteous drivers, whatever those are. In the city, it’s every man for himself. You will see that to be 100% the case as a blind man attempts to cross the street by himself, while oncoming traffic just barely misses decapitating him as soon as the crosswalk signal turns red (true story). Patience is not a virtue in the city, it’s a rare ore that might as well be imaginary. Everyone is in way too big of a hurry to not believe in traffic law anarchy. 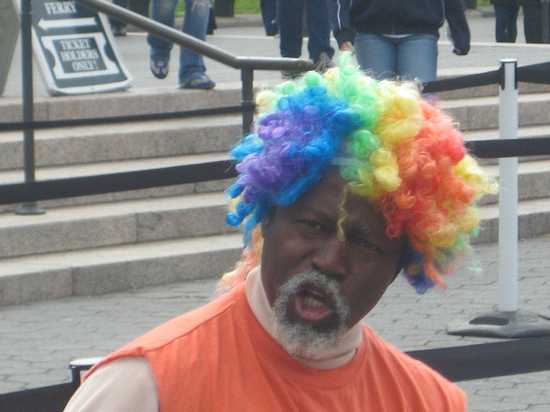 After about the 800th woman with a shopping cart yelling at herself or middle aged man calling for his mom as if they got separated at a Toys R Us, you start to just not see all these invisible friend-havers. They simply are blotted out of your conscious perception. Vicious obscenities and nonsense rantings become a soothing sort of white noise that simply reminds you that you have officially arrived in the city. But for anyone used to social functionality, these individuals are alarming, and make the city feel like a circus full of freaks. They have not yet been pushed to the periphery. Just give it time, and the insanity should start to become oddly comforting; who else makes it their duty to remind you how absolutely alienating the city can be, as well as how much worse it could be. 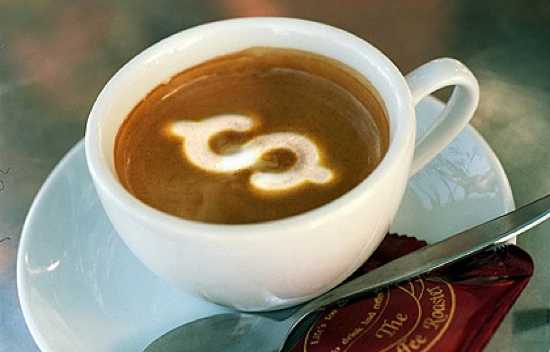 It sounds like pure insanity that a bottle of water could cost $3, and a cup of coffee could be almost twice that (depending on how extravagant you insist your coffee be). But that’s the city. If you actually work in the city, you wages/salary might rationalize the heavily inflated cost of living, but to any commuter it feels like you just stepped into some giant movie theater concession stand. Smart commuters, however, know better than to actually buy anything, but rather pack a lunch and water bottle that will last you the day. It’s like sneaking your own snacks into the movie theater. Except the only thing you’re sneaking in is some effective husbandry. 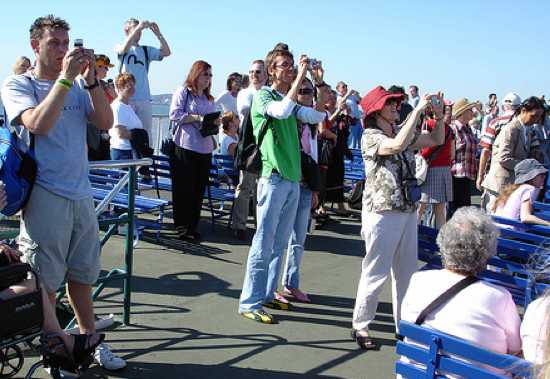 After enough walks down the same boulevard, the buildings and marquees and distinctive landmarks become too familiar to be excited by. But to the big city day-tripper, stepping off the train feels like Dorothy’s first step into Oz, whereupon everything is rendered in technicolor. Such a bedazzling experience much be captured in a thousand photographs, thinks the tourist, so the magic can never be eroded, the memories-turned-scrapbook never lost. This unfortunately is to the great dismay of anyone and everyone with which this eager beaver insists on sharing his/her slideshow/seemingly endless photo album of pigeons and lampposts. 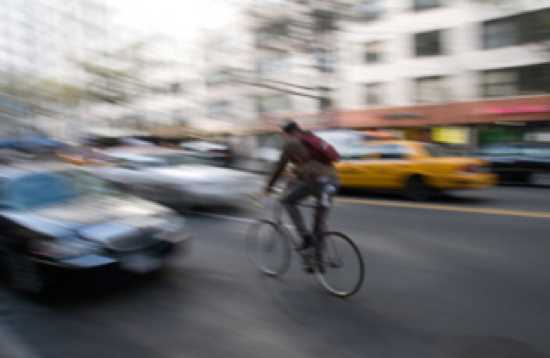 Sign: You Think Bikes Belong Only on Sidewalks and Bike Paths.

If you think of biking as solely a recreational activity or form of exercise, you’ve failed to see how much of a city presence this two-wheeled arrogance-factory has claimed. While driving in the city, it is no rare occurrence to be stuck behind a bicycle which insists that it is actually a car, or some other proper form of transportation streets should be accommodating with welcoming arms. In the city, somehow vehicles with the potential to reach 100 MPH must eat at the same dinner table as bikes that only go as fast as how in shape the cyclist is. City bikes become the single exception to a brand of street that otherwise loathes the concept of a casual stroll. Then again a heavily congested city is the only place where a bike messenger can possibly be more efficient than any delivery driver. 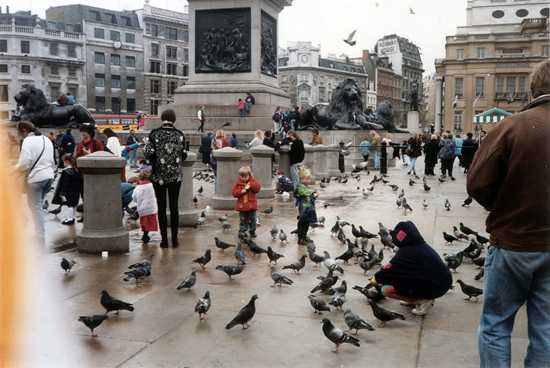 Sign: You Feed Squirrels and Pigeons Because They’re “Cute.”

In forests, as in Disney cartoons, squirrels and birds are the most ideal symbol of purity, of God’s most innocent creations. But in the city, and in reality, these creatures are incredibly feral. Who knows what diseases and filth lurks beneath the beaded eyes and clucking gaits of these animals which make a habit of occupying trash cans, sewers, and city excrement. But to those in desperate need of a reality check, its oh so adorable to see these arrogant city-dwellers stare you in the eye with unnatural expectations and nip at your feet for loose crumbs. Also someone needs to inform these people that making these creatures depend on human pity for survival–as opposed to digging out insects and acorns on their own merit–can very well be destructive for their ecosystem. 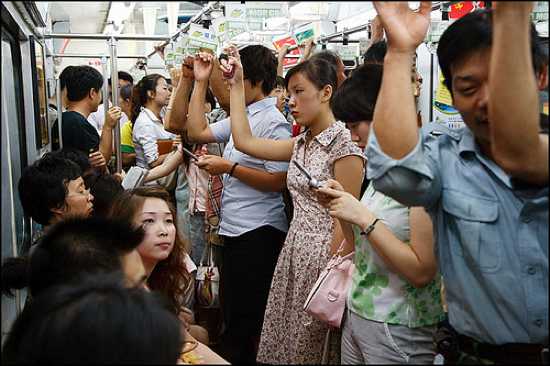 Sign: You Wait for the Next Subway Car, Because “This One is Crowded.”

In the city you get incredibly used to strange intimacy fast. This is best illustrated by a crowded subway which pits two individuals within kissing range of each other, with a matter-of-fact lack of eye contact or recognizance of one another’s existence. Comfort zones and bubbles are fantastical concepts only someone who can afford the luxury of personal space, or a car, can tote around. People in the city know instinctively that if you want to get home on time, during rush hour especially, you might just have to do some upright spooning. 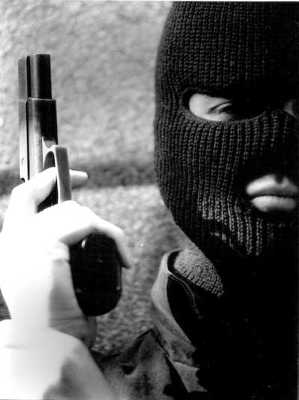 Yes, statistically more murders/robberies/rapes occur in major cities, but cities also contain an uneven majority of the world’s population, so of course those that’s are going to represent that fact. But don’t let the news, with its disproportionately high mayhem index, convince you that urban areas are hotbeds of danger and depravity. You can have a fantastically pleasant time in the city uninterrupted by your own sudden demise. All it takes is a little detachment, and an ability to maneuver around anything that feels slightly shady. And of course, you should never indulge or make eye contact who fit such a description. Otherwise where else are you going to find such great dining, concert venues, and other assorted forms of entertaining nightlife? 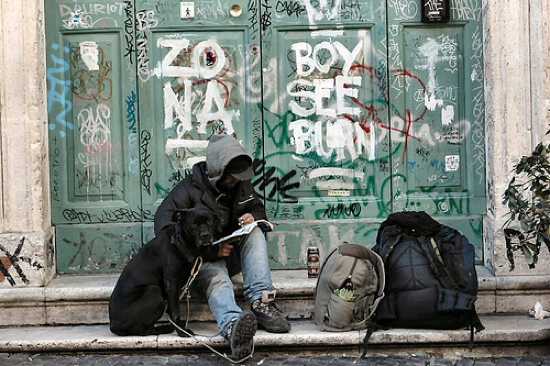 Homeless people can be cunning. They often establish strategic outposts in key change-ensuring locales: in front of coffee shops (where they’ll even hold the door open), on the medians of crowded intersections, outside of train and bus stations, etc. It gets to be a form of harassment. After you’ve endured such persistent city fixtures, who ask for only one thing (all the time), for long enough, they start to become as taken for granted as mailboxes or parking meters…or crazy people. And with the fact that some obviously just spend the money on booze and drugs, to continually indulge the begging masses would ultimately render you broke. But to the untraveled and unwise, all they see is a human being in need, and want to help. As if a few quarters could possibly make a dent in the current level of global poverty, let alone get one homeless person back on his duct-taped feet. 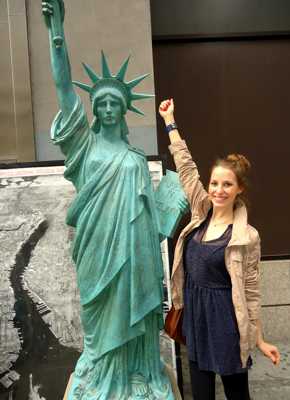 The one trait true of most city-regulars is a deep feeling of ennui. Nothing is particularly shocking anymore after you’ve roamed the uneven streets of a city and seen all that it has to bear, for better or worse. And with that lack of curiosity also comes a lack of that starry eyed excitement tourists take with them everywhere they go for the first time, an enviable something long gone and corrupted by sickening over-familiarity. It’s easy to condescend upon those who don’t know how to navigate or cope with the pressures and unspoken understandings buried beneath the soiled concrete of any major city. But it’s also easy to mistake condescension for outright jealousy.