A concert can be a communal experience. As countless strangers bond silently over the sounds of the one thing they surely have in common, music presents itself as the great equalizer, a benevolent force that knows no wrong. But sometimes things don’t always go as planned. Sometimes a concert ticket can be more than just a guaranteed gateway to unabashed glee; it can also be a death sentence, or at least the cause for witnessing some incredibly messed up occurrences. Here are ten things you don’t expect to see at a concert, which a select few unlucky ticket-holders have. 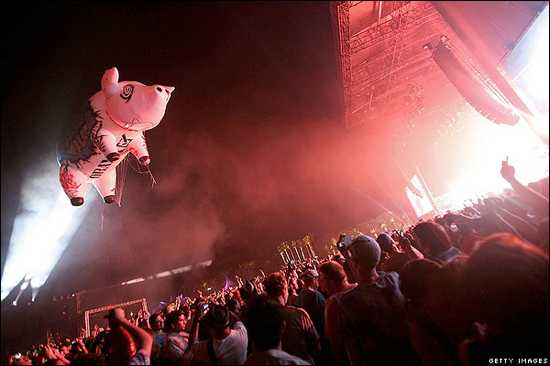 Starting off the list rather light, this concert was surely messed up (at least for one man); during Coachella 2008, Roger Waters of Pink Floyd unveiled his floating, politically-charged, Obama-endorsing pig during a rendition of the Floyd song “Pigs,” from the anti-greed album Animals. Soon thereafter, the pig floated away into the night with waters telling the crowd “that’s my pig.” It obviously meant a lot to Waters as the owners of two driveways on which the pig found its way and ultimately landed were offered a $10,000 reward. The irony of the matter is, who else could afford to offer such a large sum of money but someone directly benefited by a capitalist society? To be fair, it is a pretty sweet-looking pig. 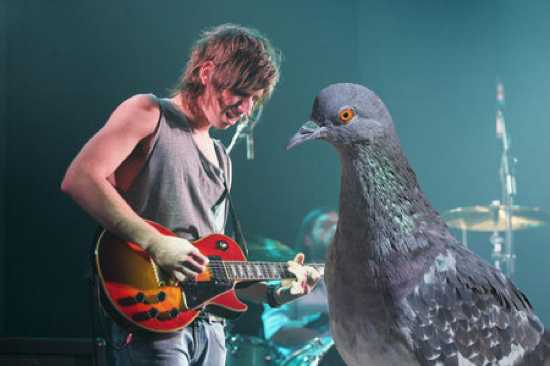 Kings of Leon Cancel Show Due to Inclement Bird Droppings.

On July 23rd at the Verizon Ampitheater in St. Louis Missouri, The Kings of Leon had to cancel their show due to an intolerable torrential downpour – not of rain – of bird poop. And try as they did to trudge on, bassist Jared Followill threw in the towel after he claims some droppings found their way into his mouth. He said, “I was hit by pigeons on each of the first three songs. We had 20 songs on the set list. By the end of the show, I would have been covered from head to toe.” While concert-goers were reimbursed, it seems this kind of unforeseeable circumstance was rather unprecedented. How many pigeons could there possible have been? Followill said, “The last thing I was going to do was look up … but if that was only a couple, we must have caught them right after a big Thanksgiving dinner.” 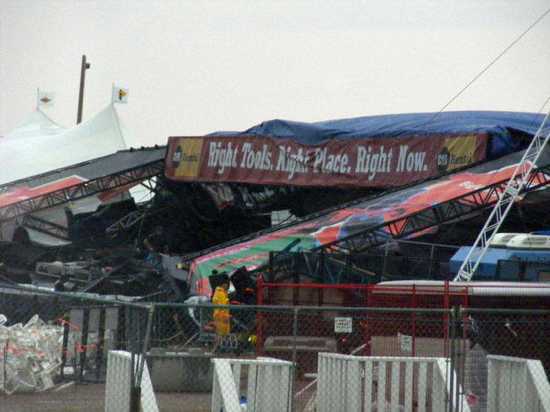 August 2009 during a Canadian country music festival called Big Valley Jamboree, a gush of wind blew down the main stage, like the Big Bad Wolf were merely blowing down a house of sticks. The result, one death by a falling speaker and upwards of 60 injuries. Also, a handful of lawsuits against contractors who failed to ensure a proper level of safety. What’s most surprising is how few people were actually killed, given how dramatic and terrifying the whole scene was, at least according to the video footage. But you’ll also notice how fast concert-goers fled at the first signs of collapse, only to fall back in to assist any possible victims. 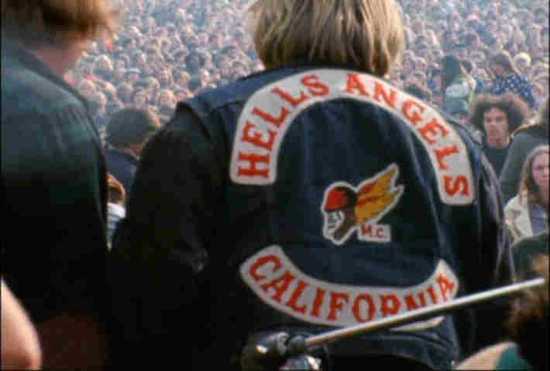 Hell’s Angels Do Security Detail for Rolling Stones, Goes Awry for Some Reason.

The date is December 6th, 1968. The place, Altamont Speedway Free Festival, which along with the Stones, featured some Woodstock notables. The show, less than about peace and free love, turned nasty however in the middle of the Stones’ performance of “Under My Thumb.” Hired as a form of rudimentary security and paid with $500 worth of beer, the Hells Angels got into a scuffle with one individual who attempted to rush the stage. The Angels saw to it, through the use of violence, that he didn’t get very far, and when he – while high on meth at the time – went to pull out a revolver, they stabbed and stomped him to death. Other incidental deaths and property damage took place, but nothing was quite as gruesome as this scene. Meanwhile on stage, the Stones finished up their set as if nothing had happened. The Grateful Dead however, scheduled to perform right after them, decided to pull out. (It seems they weren’t so interested in becoming grateful.) 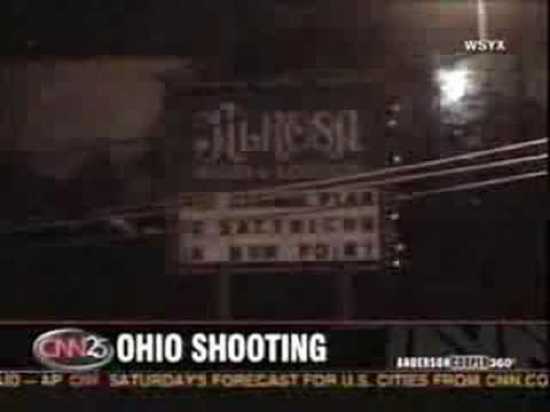 “Dimebag” Darryl Abbott, co-founding guitarist of the recently split up heavy metal band Pantera, was performing with his new band Damageplan on December 8, 2004 in Columbus, Ohio. While doing so, a member of the audience leapt onstage, gun in hand and shot Abbott three times in the head, the third immediately fatal. This individual, who from written accounts appeared to believe from their lyrics that the members of Pantera could read his mind and were laughing at him, continued firing, killing three more people (including the band’s head of security who had leapt upon him) and wounding seven more, as he had brought an ample supply of ammunition for the occasion. Ultimately, he was subdued by way of a shotgun blast to the face after cops rushed in. 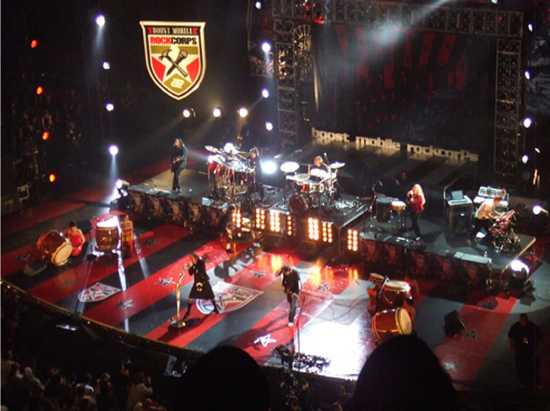 On the Atlanta, Georgia date of Korn’s 2006 Family Values Tour (irony), a man asked some excessively drunk moshers to be careful around his pregnant girlfriend (as a well as a mentally-impaired child who was with them), only to be slammed headfirst onto concrete and left unconscious and bloody. While declared dead (being effectively brain-dead and on life support to preserve organs for donation), police launched a full-on homicide investigation as they deemed the incident a proper murder. 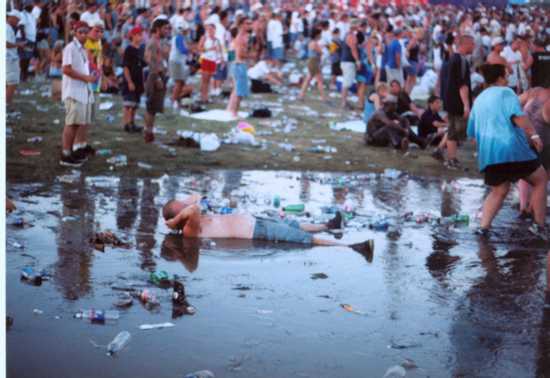 The return of Woodstock led countless baby boomers to believe their day had come once more; flashbacks deep in their spinal chords to the days of peace, love, and understanding …and being trampled to death? Out was the love-promoting sounds of Jefferson Airplane and the Mamas and the Papas, in was the fear and hatred of Nine Inch Nails, Limp Bizkit, Korn, and Bush. Especially during Limp Bizkit’s set, utter and primal chaos ensued; during the song “Break Stuff,” people did just that, and it was reported that a bodysurfing woman had been gang raped. Aside from myriad counts of sexual assault, rapists running free, bonfires and unrestrained carnage and humans being trampled to death ensued, as if the stage for the apocalypse had a distinct grunge and nu-metal tinge. 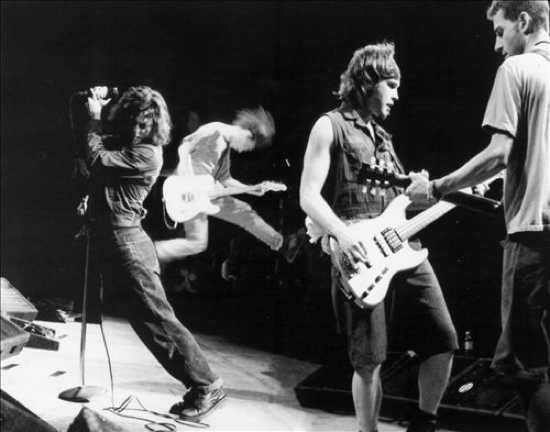 June 30th, 2000, Roskilde rock and dance festival in Denark. Several fans slipped on the muddy earth only to be steamrolled by an overzealous mob. About 8 or 9 died, while 26 more where injured by the human avalanche. Upon hearing of this, Pearl Jam stopped their set abruptly and the Cure, scheduled to follow, canceled as well. 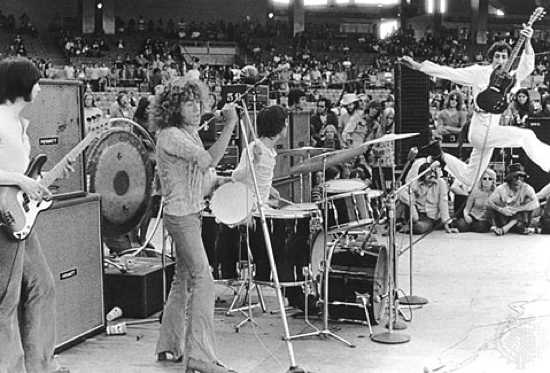 In December of 1979, the Who played the Riverfront Coliseum in Cincinnati, Ohio to fans who were way to eager to get in the door. While general admission seating was on a first come, first serve basis, several fans rushed the doors (which were closed to prevent concert stowaways) as they mistook a soundcheck for the beginning of the show. As layers of humans compressed before the hermetically-sealed entrances, so did the lungs of those who were trampled beneath the impending wall-ward stampede. Eleven fans were literally dying to see the showing (many others injured). 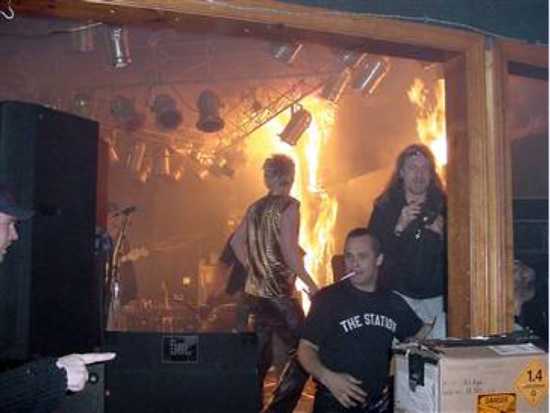 Just a few days ago (May 18th), Great White released an album called Elation, which goes to show that the band can still find pleasure in the face of great tragedy. Great White are an prototypical eighties trash rock band, with the hair and stage theatrics to match. Unfortunately on one night back in 2003, their insistence upon flashy visuals ended in panic and horror at Station nightclub. A fire was caused by some unruly – not to mention indoor – pyrotechnics which ignited the highly flammable sound insulation which enveloped the place. With blocked exits, thick smoke, and a veritable hellfire, 100 people died, while 230 more were injured. In spite of one of Great White’s comeback venues becoming a literal deathtrap, the band presses on, releasing albums and touring as if it never happened. They still, as it turns out, have a capacity for elation, some might drown to self-loathing guilt and alcohol. Well, they might still do the latter, as that goes with the territory: rock and roll! (That is, after you “stop” and “drop” first.)

10 Underrated Songs No One Will Agree On