Stories and folklore have enchanted and horrified people of all cultures for centuries. These stories turn into legends when they’re widely circulated, slowly evolving into truths. Many myths have been the inspiration for Hollywood’s “based on a true story” tagline. And while you may doubt the authenticity of some of those claims, there are urban legends that genuinely hold some kernel of truth. Keep reading to find out 10 of the most intriguing myths that actually happened.

10 The Man Who Flew Away on a Balloon Lawn Chair

The classic trope in cartoons where a man is lifted into the air by balloons tied to a chair does have a real-life story behind it. In San Pedro, California, Larry Walters was the first man to become airborne using nothing but a lawn chair and 45 helium-filled weather balloons. Walters hoped to fly across the mountain range to reach the Mojave Desert.

A friend filmed the attempt, which you can watch online. The flight was only semi-successful. Walters managed to reach 16,000 feet and flew for 45 minutes before getting entangled in power lines. Fortunately, Walters managed to climb down to safety unharmed, but law enforcement arrested him immediately for violating U.S Federal Aviation Regulations. He gained worldwide recognition for the outlandish stunt.

Since the pioneering flight in 1982, a surprising number of people have attempted to recreate the homemade aircraft. It also inspired the 2003 film Danny Deckchair and the extreme sport of cluster ballooning.

The Strange and Disgusting History of Rat Kings

A very weird myth indeed. People have been reporting rat kings since the mid-16th century, and we’re not talking about crowned rodents. The name rat king refers to the supposed phenomenon where rats’ tails become tangled together. It was believed to be mythical, yet there is evidence of this really happening. The greatest rat king found and preserved in 1828 had as many as 32 rats bound together in this way. We used to think that people only fabricated these kinds of specimens—zoologists were skeptical that it could occur naturally.

As recently as 2005, An Estonian farmer discovered a rat king consisting of 16 rats. The tails were tangled together by frozen sand, with nine of the rats still alive. It is preserved at the Natural History Museum at the University of Tartu.

It seems nature can be this creepy—the phenomenon was deemed possible but rare.

8 A Dress to Die For

Folklore worldwide recounts the tale of the poisoned dress. In the ancient Greek story of Medea, Medea enacts revenge on her ex-lover’s new younger wife with death-by-dress. Medea removes the dress from a corpse and sends it to Glauce, who wears it to a ball (other times, it’s her own wedding). She succumbs to the embalming fluid that has seeped into the garment.

The myth of the embalming fluid, or formaldehyde, being a cause of death has persisted, although it’s been disproven. It turns out formaldehyde smells so bad that it would be impossible not to notice it.

There is an unfortunate period in history, though, where manufacturers used arsenic-laced dyes in many clothing items during the 19th century. The exuberantly green dresses that were all the rage in high society ended up causing all those who came in contact with the fabric to endure painful blisters and, worse still, horribly painful deaths.

7 Alligators in the Sewers of New York 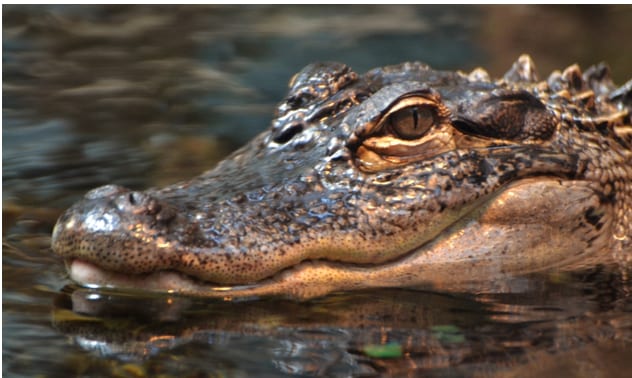 The urban legend of giant, often albino, alligators living in the sewer system of New York has been passed down the generations, permeated pop culture, and is even commemorated with an unofficial holiday (February 9th is Alligators in the Sewers Day).

Legend has it that rich families in the 1930s began keeping alligators as pets, but once they grew bored of them or found the grown gators too difficult to manage, they flushed them down the toilet. It’s believed that a large colony of sewer alligators has been terrorizing the sewers ever since.

The truth is alligators were once sold as pets and have been found in storm drains and surrounding rivers. The multiple tales of sightings and captures have been fanning the flame of this legend over the years. As for the reptiles living and thriving in the sewers? It turns out it’s not possible. The environment is too cold and toxic for alligators to survive very long.

Cropsey is a boogeyman legend that circulated Staten Island towards the end of the 20th century. The story goes that an escaped mental patient living in the abandoned Willowbrook Mental Institution’s old tunnels kidnapped and murdered children. The legendary figure would sometimes have a hook for a hand, other times a butcher’s knife, but the story of a murderous maniac struck fear in the kids who grew up there. The true story is just as haunting.

After a spate of child disappearances, Andre Rand, who had previously worked at the Willowbrook Institution and was then living on the abandoned grounds, was arrested and charged with Holly Ann Hughes’s kidnapping. This led many Staten Island residents to believe that Rand was the crazed killer responsible for several other disappeared children. Although there has been no physical evidence linking Rand to the crimes, newspapers and Staten Islanders drew parallels between Rand and Cropsey.

A documentary called Cropsey investigates the myth and the man supposed to be the real-life Cropsey. One thing’s for sure—it’s difficult to tell the difference between the facts and the folklore.

Norse sailors would often recount tales of a giant tentacled creature that rose from the depths of the ocean and attacked their ships. The reports stated that this ferocious sea monster would rock the ship and even knock men overboard with a tentacle. They believed the creature was hunting them and feasting on their crew one by one. The Kraken myth has been an old seafaring legend for centuries, but is there any truth to this myth?

Well, yes. These harrowing ordeals’ culprit is the colossal squid, the largest of the squid species (even bigger than the giant squid). Sure the sailors’ stories were exaggerations, but who doesn’t exaggerate adventures at sea. In 2003, researchers discovered a complete specimen in Antarctic waters. These rare deep ocean lurkers grow up to 14 meters long and weigh at least 500kg. They also have rotating hooks on the tentacles’ club-shaped ends, which make them even more terrifying.

4 Real-Life Beauty and the Beast

What Inspired ‘Beauty & the Beast’ Was Too Grim For Disney

Many tales describe mythical hybrids from centaurs to mermaids. But less glamorous are the stories about beasts that resemble a human man in some ways, like the beast from Beauty and the Beast. There are many more accounts of a wild ape-like man from bigfoot to werewolves.

In the 1500s, a man named Petrus Gonsalves, a native of the Canary Islands, was born with a rare condition that we now know as hypertrichosis (or werewolf syndrome). The condition produces excessive hair growth all over the body, including the face. Hair completely covered Petrus and people treated him like an animal. They even kept him in a cage and fed him raw meat.

At ten years old, he was presented as a gift to the new King of France, Henri II. The King wanted to tame the ‘savage’ and decided to give the boy a proper education. Seeing that Petrus was intelligent, he became very fond of the boy and stopped treating him like an animal, making him a noble.

Petrus married a beautiful woman at the court, and they had children together, some of whom shared the genetic condition. Could this remarkable tale be the real-life inspiration for beauty and the beast? 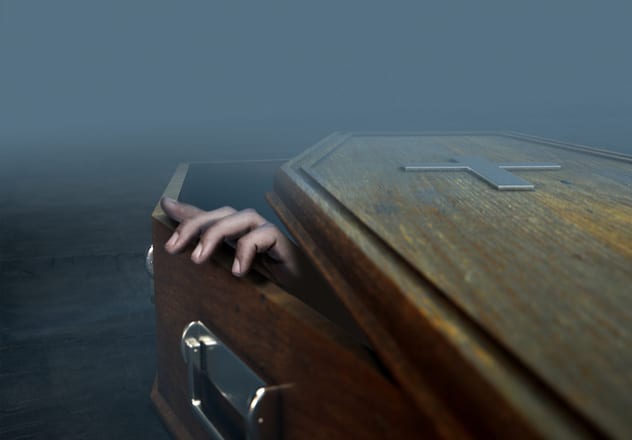 You may have heard of a few cases where people, being mistaken for dead, were accidentally buried alive. Stories of supposed corpses heard screaming from underground and excavations that revealed scratch marks on the inside of coffins had haunted us for centuries. The terror of being buried alive was so strong in Victorian times that bells were set up and attached to dead bodies in case they ever awoke.

Some historians even believe the phrase ‘saved by the bell’ comes from this practice. Yet, despite the popularity of these ‘safety coffins,’ there are no records of anyone actually being saved this way.

This doesn’t mean the myth of being buried alive is untrue, but it’s definitely not as common as we once believed. Even scarier is that people have reported similar instances in modern times. The most recent case of a mistaken death happened in 2020.

Peter Kigen, a 32-year-old Kenyan man who was declared dead, woke up in a morgue to staff preparing to embalm and drain the blood from his body. Kigen regained consciousness and began screaming after someone had sliced his leg open. Hospital negligence is assumed to be responsible for this shocking incident.

2 A Real Corpse as a Halloween Decoration 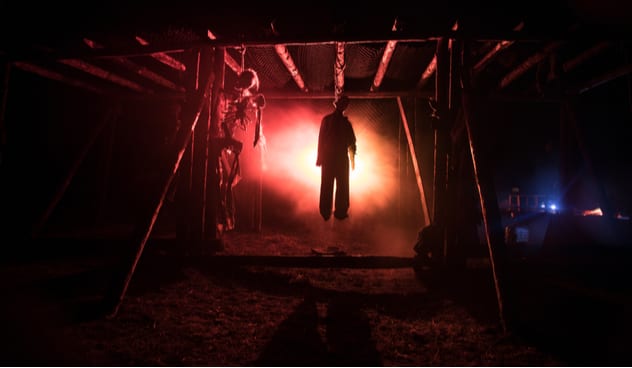 A very dark urban legend, used repeatedly as the plot for murder mysteries in film and television, is the dead body in a Halloween display that ends up being a genuine corpse. People walk by commenting on how realistic it looks, and nobody knows something horrendous has occurred.

This one may be hard to believe. After all, no amount of makeup and special effects could convince that many people a decomposing body is fake, right?

Unfortunately, this isn’t just a dramatic scene played out in Hollywood. It really did happen. In 2015, a woman in Ohio was left for dead on a fence by a roadside after being attacked. She was initially mistaken for a Halloween decoration by several people who noticed the woman’s body hanging off the chain-link fence. No one thought to report it since they believed it to be a prank. Only when a construction worker, who also thought it was a decoration, went to remove it realized it was a real body.

If you watch enough horror movies, you would have come across a couple of spooky dolls like Chucky or Annabelle. The creepy legend of a beloved toy becoming possessed is enough to give you nightmares. This next story is definitely too weird to be true, and yet here it is.

In 1918, in Hokkaido, Japan, a young boy bought a doll for his little sister, Okiku. Both the doll and the Okiku looked similar, having an okappa haircut, a bowl cut with straight hair down to the chin. The doll went everywhere, the little girl went, and so, when Okiku tragically died a couple of months later, her family kept the doll as a shrine. They named the doll after her and prayed to it every day.

Then something bizarre happened. The family noticed that the doll’s hair was getting longer. It was growing just as an ordinary person’s hair might grow. Knowing something was very wrong, they gave the doll to Mannen-Ji Temple in Iwamizawa City. Scientists have analyzed the doll’s hair and concluded that it is, in fact, real human hair, human hair belonging to a child. You can still visit this freaky paranormal phenomenon as the doll is on display in the same temple.