They have shaped the lives of people in their own countries and around the world, but remain largely unknown. Some may be on the brink of fame, others are well regarded in their own fields. But the individuals on this list, along with countless others, deserve wider recognition, for the contributions they have made to improve the quality of human life. 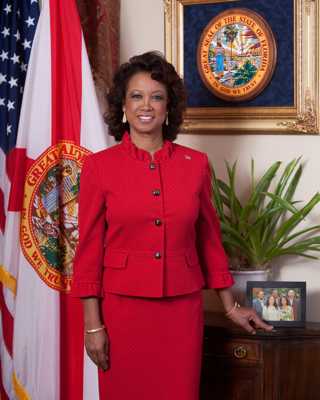 Black Republicans are rare, and prominent black female Republicans are especially scarce. Jennifer Carroll, born in Trinidad and educated at St. Leo University, is the first female to serve as Lieutenant Governor in the history of the state of Florida. Carroll also holds the highest elected office of any black Republican in the country. Carroll retired from the United States Navy as a Lieutenant Commander, Aviation Maintenance Officer, earning numerous commendations. Carroll has been especially active in working to bring aerospace jobs to her state, playing a leading role in winning a 10 year contract to manage the International Space Station National Laboratory, worth $15 million per year. 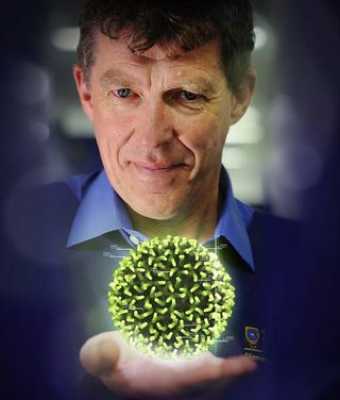 For girls and young women, Ian Frazer’s discovery that cervical cancer is linked to the human papillomavirus, or HPV, is literally a life saver. He also developed a vaccine, marketed under the name Gardasil, which is effective against two HPV strains linked to 70 percent of cervical cancers and 90 percent of genital warts. Frazer was one of the first to investigate the link to the sexually-transmitted virus, genital warts and cervical cancer. Born in Scotland, Frazer received a medical degree from the University of Edinburgh. He emigrated to Australia where he established the University of Queensland’s Centre for Immunology and Cancer Research at the Princess Alexandra Hospital in Brisbane. 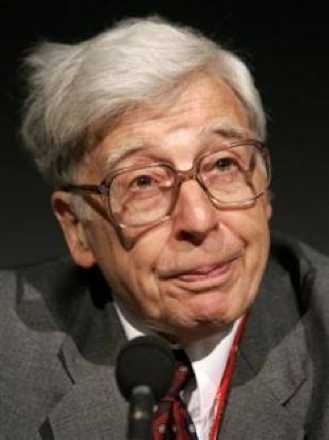 For many infertile couples, in vitro fertilization, or IVF, represents the best hope of fulfilling their dreams of having children. British scientist Robert Edwards began researching the process in the 1950s, and achieved success in 1978 with the birth of the world’s first “test tube” baby. Since his discovery, four million births have occurred through IVF, with many “test tube” babies becoming parents themselves. For his work in discovering and developing IVF, Edwards received a PhD from Edinburgh University and was a co-founder of Bourn Hall Clinic in Cambridge, the world’s first IVF center. Edwards was awarded the Nobel Prize in Physiology or Medicine 2010. 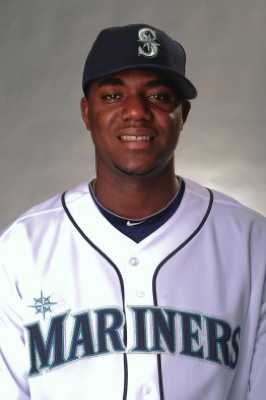 As a rookie pitcher with the Seattle Mariners, Michael Pineda, a native of the Dominican Republic, racked up a 9-10 record with a 3.74 ERA, 173 strikeouts in 28 starts, walking only 55 batters in 171 innings. In January, the Mariners traded Pineda to the New York Yankees, adding even more strength to the traditional baseball powerhouse organization. The right-handed pitcher has a fastball that clocks in at an average 94.7 mph, along with a good slider and overall good control. Although Pineda suffered a career-ending injury in his right shoulder in April, he is recovering after surgery and is expected to report for spring training in February 2013. 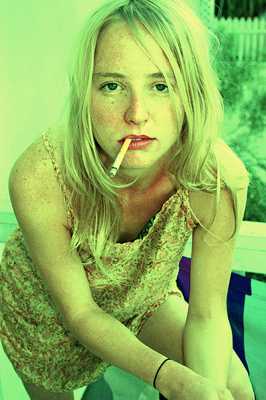 If your knowledge of contemporary pop music begins and ends with Lady Gaga, you’re missing out on a raft of talent. One standout, Lissie Maurus, born in Rock Island, Illinois in 1982, performs under her first name, Lissie. The versatile performer opened for rocker Lenny Kravitz in 2008. She’s also done covers of various artists, including Lady Gaga’s “Bad Romance.” Lissie was nominated for a Grammy for “The Longest Road,” a Deadmau5 remix collaboration with DJ Morgan Page of Los Angeles. She released her first full-length album, “Catching a Tiger,” in 2010 and was named Solo Artist of the Year by Paste magazine the same year. 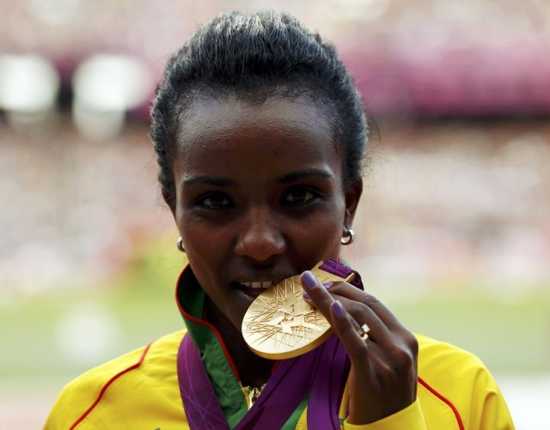 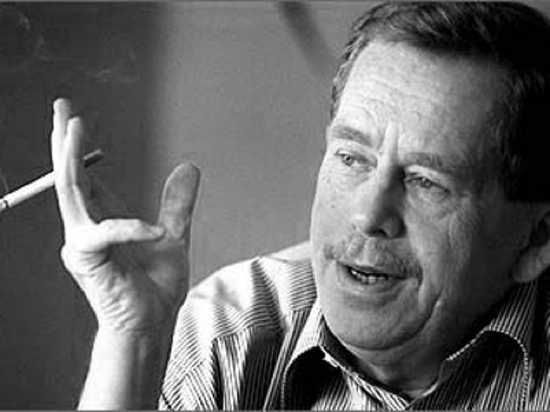 Before his death in 2011, Vaclav Havel was a playwright, a dissident activist for democracy and a statesman who oversaw the peaceful transition of his native Czech Republic to democracy. In 1963, his first solo play, the Garden Party, was staged. His works were frequently banned, and he served numerous prison sentences after the failed 1968 Prague Spring. Nonetheless, he remained active in literature and politics, forming the Charter 77 movement aimed at achieving democratic change. After the fall of Communism in Eastern Europe, Havel became president of the former Czechoslovakia in 1989, resigning in 1992 after the peaceful division of the country into the Czech Republic and Slovakia. 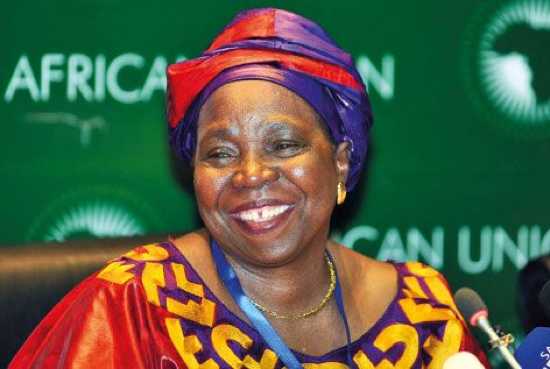 In July 2012, the African Union Commission elected Nkosazana Dlamini-Zuma of South Africa as its president, the first time a woman has ever been selected to lead the organization. Her election also marks the first time that a leader from the southern region of the continent had been chosen to lead the union of African nations since its predecessor, the Organization of African Union, was formed in 1963. Dlamini-Zuma defeated incumbent Jean Ping, who had served in the post since 2008. The 53 year-old Dlammi-Zuma, who had previously served as the Minister of Home Affairs for South Africa, called her election a victory for women across the African continent. 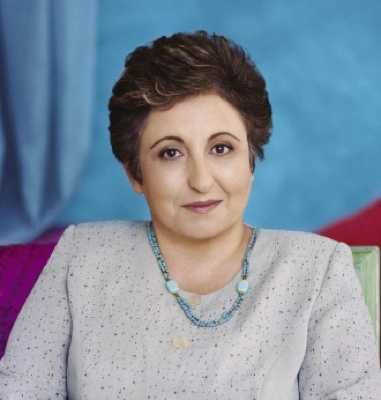 Human rights activist Shirin Ebadi served as a judge in her native Iran before the Islamic Revolution of 1979 made it unlawful for women to serve as judges. During her forced resignation from the bench, she wrote numerous books and articles on legal issues and human rights, including child abuse. She was finally allowed to resume the practice of law in 1992, representing a number of high-profile clients, including the mother of murdered photojournalist Zahra Kazemi. She was also named an official Human Rights Watch observer in 1996. Shirin Ebadi was awarded the Rafto Human Rights Foundation prize in 2001 and the Nobel Peace Prize in 2003. 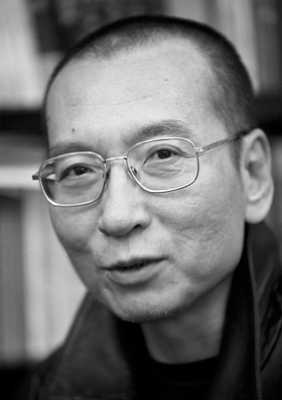 Writer and activist Liu Xiaobo, sentenced in 2009 for “inciting subversion of state power,” is a longtime advocate of peaceful political reform and establishment of human rights guidelines in his native mainland China. Born in 1955 in Changchun, Jillin, Liu was educated at Jilin University and Beijing Normal University. He also served as a visiting professor at Columbia University until April 1989, when he left to participate in the 1989 Democracy Movement, staging a hunger strike in Tiananmen Square to attempt to negotiate a peaceful settlement between the military and students. Liu was awarded the Nobel Peace Prize in absentia in 2010 while still imprisoned in China.

In conclusion, whether in athletics, entertainment, politics or science, the individuals profiled above illustrate that each person can have a profound impact on the lives of his or her fellow human beings. This is true for young people at the beginning of their careers as well as for mature adults who offer decades of experience and wisdom. The lives of these men and women serve as inspiration to anyone who strives to make significant contributions to the world.