People have dreamed up monsters that go bump in the night since the dawn of time. Whether it be to frighten children into behaving, or to explain fear of the unknown, these monsters on the list are terrifying to amusing. And they show how powerful the human imagination can truly be. Enjoy! 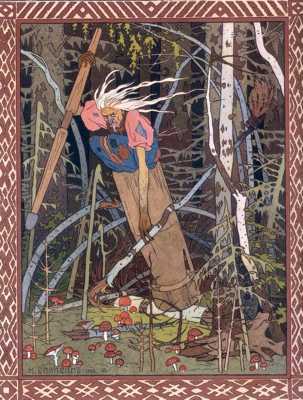 In Slavic folklore – the wild old woman, the witch, and mistress of magic. She is also seen as a forest spirit, leading hosts of other spirits. She is thought to be a Hideous, evil witch with iron teeth. She is said to have an unquenchable appetite, but is still as skinny as a skeleton. She travels in a mortar with her knees touching her chin and pushes herself around with a pestle. Her home is said to stand on chicken legs and either spins around or keeps its back to the forest. She has three servants: the white horsemen, the red horsemen, and the black horsemen. When asked she will say these are my red sun, my bright dawn, and my black midnight.

There are so many variations of the Baba yaga legend that it’s not even certain if she’s evil or a wise woman. Some say she eats innocent maidens, and some say she helps. Either way it was worth putting her on here since she probably started as a tale to keep wayward children in line. 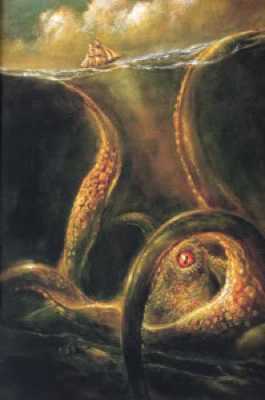 The Kraken is one monster that has roots with a real animal and how a sailor’s mind and imagination can make nightmares. The Kraken is a giant, monstrous squid (or octopus by some accounts) who was able to wrap its tentacles around a ship’s hull and capsize it; the unfortunate souls would then drown or be eaten by the beast. In 1752, when the Bishop of Bergen, Erik Ludvigsen Pontoppidan, wrote his Natural History of Norway, he described the Kraken as a “floating island” one and a half miles across. He also noted: “It seems these are the creature’s arms, and, it is said, if they were to lay hold of the largest man-of-war, they would pull it down to the bottom.” – Monstrous.com

In the ’30s, ships were attacked by Krakens three times, and the squids got the worst of the attack from the propellers, leading scientists to believe the giant squids mistook the ships for whales. 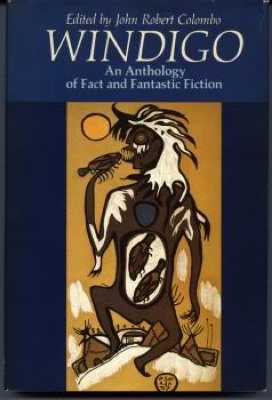 The Wendigo is a terrifying beast, but because they are so swift, it is extremely difficult to get a good look at the monster. Most are tall, have long limbs, and are extremely thin (because they are always hungry). Most have no hair at all, but those that dwell in extremely cold climates can sometimes be found with snow-white, gore-stained fur or matted, bloody hair. Its maw is filled with sharp yellowed fangs, and its hands and feet end in razor-like talons. The Wendigo’s twisted lips are flecked with blood, and their long tongues are a disgusting dark blue. Its eyes are one of its most frightening aspects, which range in color from glowing red to bright yellow.

The lore on this beast is enormously diverse, all of which emphasize its size. The Wendigo is so big that the human mind is unable to fully comprehend it, and the beast’s sheer size is enough to make the human heart stop. The Wendigo is a hideous, abhorrent beast. Its needle-like teeth are made all the more disturbing by its lack of lips (some say that the creature’s hunger is so great that it devoured its own lips!).

Although vaguely human in appearance, it is nonetheless what most would call terribly deformed. Its enormous eyes are yellow and protuberant like an owl’s (although some say that the eyes are pushed deep into the sockets, and all that one can see is the terrible yellow glow). They are far larger than human eyes, and are said to roll about in blood. It has massive, paw-like hands that end in talons that are a foot long, while the beast’s feet are said to be three foot in length and have but a single toe, tipped with a dagger-like nail. The Wendigo uses these to slash and tear at its victims. Some legends say that the Wendigo may be missing toes, due perhaps to frostbite 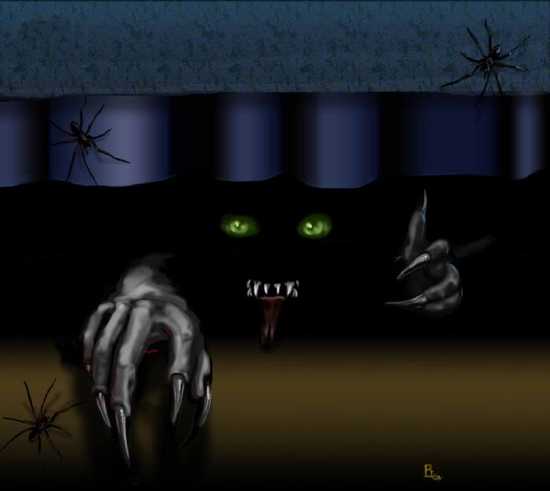 The Bogeyman has been scaring children for centuries. He (in this Lister’s opinion) has many forms and can be whatever scares the child the most. Who doesn’t remember having your parents check under your bed and in your closet because you just knew in your heart, that he was lurking somewhere, waiting to get you. The Bogeyman is a perfect example of ‘Fear of the Unknown’ – that something you can’t see is out there, in the dark, waiting for you. 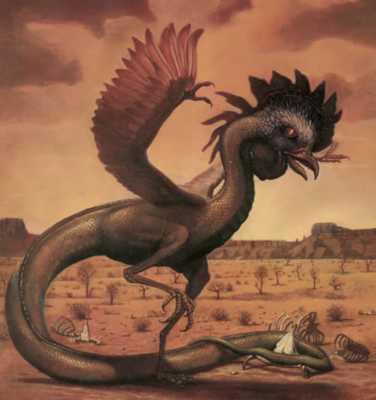 The Basilisk name comes from the greek meaning “King” because it was said to have been the king of snakes, the most deadly and no one could quite describe it because to look upon it meant death for the beholder. But the best description they have for this creature was: head and legs of a rooster, tail of a snake, and body of a bird. Its wings were said to either have been covered by feathers, or by scales. It was said to have been born from a spherical, yolk less egg, laid during the days of Sirius (the Dog Star) by a seven year-old rooster and hatched by a toad. Its likeness, for some reason, is used as ornamentation on many medieval churches, capitols, and medallions, and also used in Middle-Age manuscripts. It also has the name of basilicok or cockatrice. 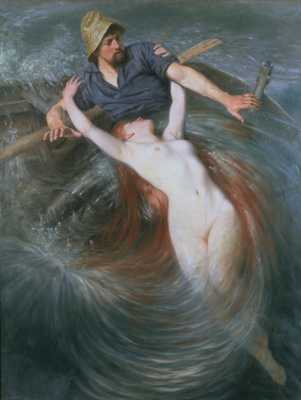 Sirens were Niaids (sea nymphs) who lived on the multiple islands according to legend, and would sing to passing ships, entrancing the sailors to smash their ships into the rocky coasts, drowning. They were thought to have been Persephone’s playmates and were turned into the monsters of lore by Demeter for punishment over not saving Persephone when she was abducted. There are multiple descriptions but the basic one is a bird/woman hybrid who played instruments or sang. In later descriptions they were thought to be either seductive, beautiful women or mermaids. Odysseus from Homer’s Odyssey escaped them by having his sailors stuff their ears with beeswax and had himself tied to his mast. A German variation of the Siren is the Lorelei. 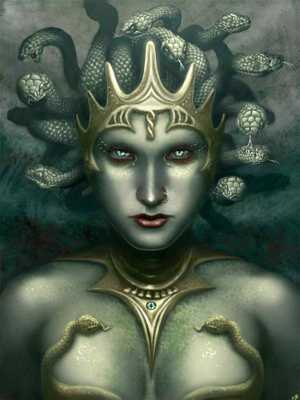 In Ovid’s tale, Medusa, the Gorgon, was originally a beautiful priestess in Athena’s temple when she was raped by Poseidon. Athena was enraged and punished poor Medusa to be the hideous monster with snakes for hair, and a visage so terrible that a mere glimpse of her would turn a man to stone. She was beheaded by Perseus, who was sent to retrieve the head by King Polydectes of Seriphus. 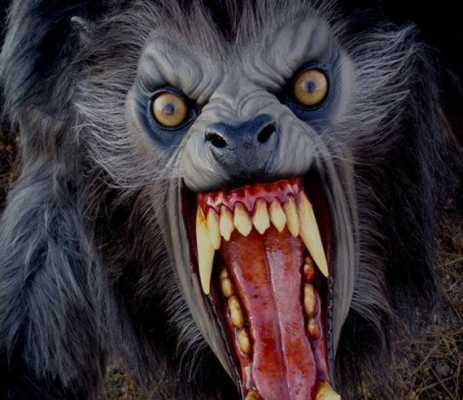 A skin walker is a human who is able to shape-shift into various animal forms through witchcraft. Skin-walkers are generally considered frightening, evil, dangerous, and difficult to kill.
the word “yeenaaldlooshii” is a Navajo word that means “with it, he goes on all fours.”

One Navajo writer on Monstropedia was quoted: “They curse people and cause great suffering and death … At night, their eyes glow red like hot coals. It is said that if you see the face of a Naagloshii, they have to kill you. If you see one and know who it is, they will die. If you see them and you don’t know them, they have to kill you to keep you from finding out who they are. They use a mixture that some call corpse powder, which they blow into your face. Your tongue turns black and you go into convulsions and you eventually die. They are known to use evil spirits in their ceremonies. The Dine’ have learned ways to protect themselves against this evil and one has to always be on guard.” 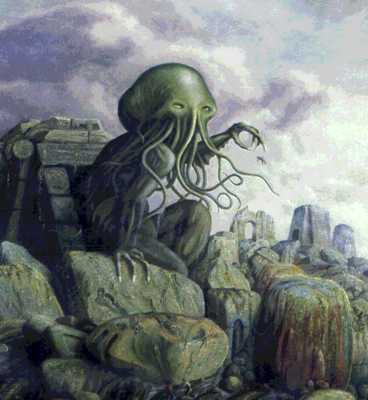 Lovecraft’s terrifying, almost god-like creature that has an almost “coming soon” feel to it. He is described as a truly horrible monster with a body that is a combination of an octopus, a dragon, and a human. It is said to be “dead but dreaming” in the city of R’lyeh, a place of non-Euclidean madness that is sunken in the depths of the pacific ocean. It was said to have been a high priest of the Great old ones – unnatural alien beings who ruled the earth before humanity formed, worshiped as gods by the few misguided people. It is said that they are a horrible nightmare, and will return causing worldwide insanity and mindless violence before finally displacing humanity forever.

“While psychically sensitive humans have been contacted by Cthulhu through telepathy (which is assumed to be the “language” of the Old Ones), the only reported sighting by a human in recorded history occurred on March 23, 1925. This was twenty-two days after R’lyeh rose above the water, only to sink once more shortly after when the merciful stars’ shifting position caused Cthulhu to resume his death (the conditions required for R’lyeh to rise are also required for the Old Ones to live). This was reported by Gustaf Johansen, the only remaining crew member of the Emma. He later died under mysterious circumstances in his hometown of Oslo.” – Urban Dictionary

1
The Devil or Satan 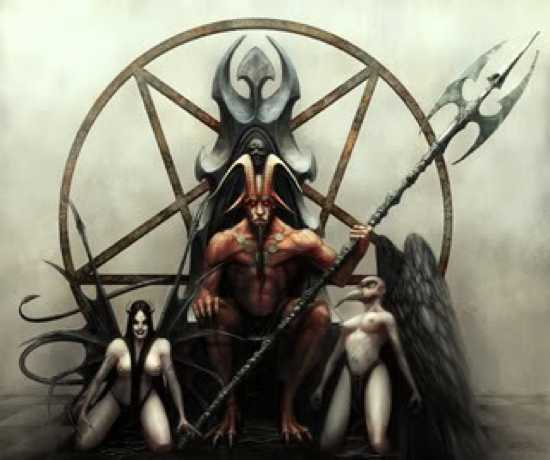 The reason I put the devil on the top of the list is because his many forms have been used since the dawn of time to frighten children and adults in many ways keep them in line. His forms are found in Christianity, Islam, Hinduism, Buddhism, Khemet (Ancient Egyptian), Syncreto-Paganism, Neopaganism, and the new age movement in Varying degrees of evil. His basic principal in religion and lore is as a scapegoat (no pun intended) for people bad or “evil” acts. He – in many religions – is always there, waiting to attack good, moral people and even possess them into doing things against their nature and in some cases take their souls to hell to burn for eternity. Whether you believe in the devil or not, you cannot dispute the stories that are told of him are very terrifying and the people who heard them through history were most likely petrified over the very though of him.