Due to a worldwide increase in scientific literacy, most people are familiar with what a species is. They know that two different animals or plants are different species. However, breeding has produced subspecies which can confuse the issue somewhat. The ordinary potato and the sweet potato are completely unrelated, yet the incredibly varied dachshund, the Great Dane, and the old English sheepdog are all, astoundingly, the same species. Here are ten species whose members are just as unexpectedly varied. 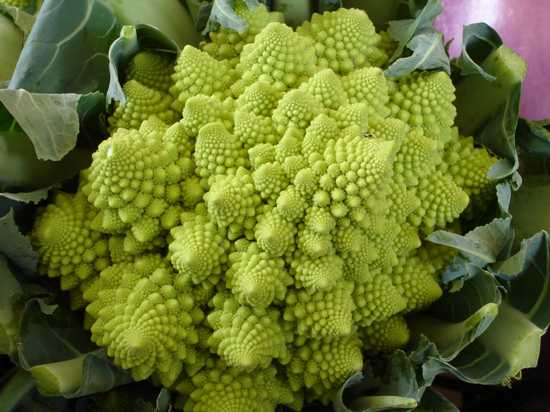 Brassica oleracea is a species of leafy vegetable which we know in many different forms. It has been bred into a number of different subspecies, each with its own morphology and taste. Imagine sitting down to a meal of steamed broccoli, baked cauliflower, fried kale and cabbage, and Brussels sprouts. Every single one of these vegetables, despite looking and tasting different, is Brassica oleracea. Broccoli has been bred to accentuate the inner part whilst cabbage has been bred for its leaves. It does not take a stretch of the imagination to see that Brussels sprouts are, for the most part, miniaturized cabbages, and cauliflowers are largely paler broccolis. Kale are cabbages which have been bred to grow their leaves outwards instead of into a head. Nevertheless, all these vegetables are easily distinguished by taste, and their hugely different shapes and colors makes it surprising that they are all the exact same species. 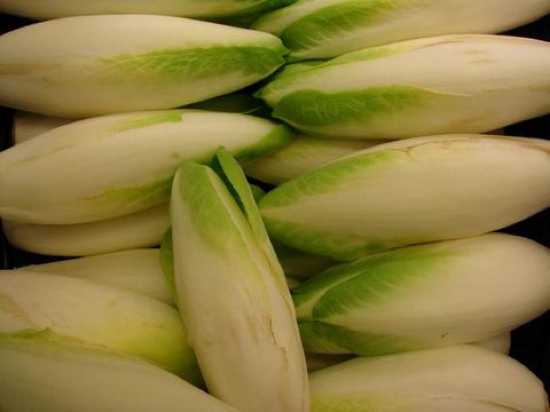 In Europe, turnip is a common vegetable to see on one’s dinner plate, whilst in Asia boo chou and its varieties are enjoyed. Unexpectedly, these are different parts of the same plant. In the West, Brassica raps was bred to emphasize its large root, which is eaten as a turnip. In the East, the very same species was bred for its leaves, and the root stayed small and largely unsuitable for eating. Essentially, each region ate a different one of the two parts of the plant. Further breeds and subspecies of Brassica raps include broccoletti, Japanese mustard, and, of course, the many variations of boo chou: bak choi, chou sum, Napa cabbage, wombok, pechay, Pekinesis cabbage, and many others. Although all of these foods look and taste different, they all come from the same species of plant. 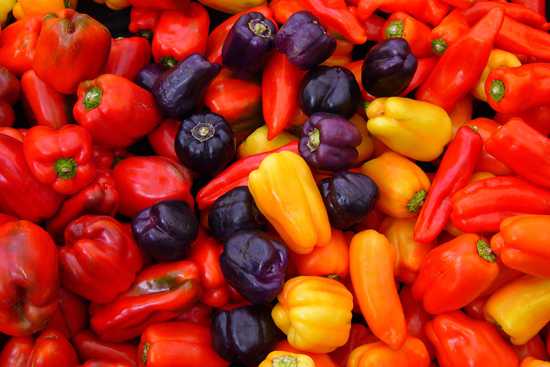 Sweet peppers, or capsicums, come in many varieties. They can be red, green, yellow, orange, white, or even purple. Each color has a subtly different taste. Many of these are actually the same plant in a different stage of ripeness. The plant begins at green before turning yellow and finally red. White capsicums are often paler varieties, and purple capsicums have been bred for their color, but are still the same species, Capsicum annuum. More interestingly, a number of hot, spicy chili peppers are also the same species as these sweet, unspicy vegetables. Although all these foods are similar, it is nevertheless surprising that they are all one species. The German and Hebrew words for capsicum are both paprika, which in English we use to describe a spice used in cooking. The word is not a coincidence; paprika is merely dried and ground Capsicum annuum, despite having quite a different taste. The many varieties of sweet colorful foods, spicy hot chilies, and even a harmless cooking spice are all of the same species. 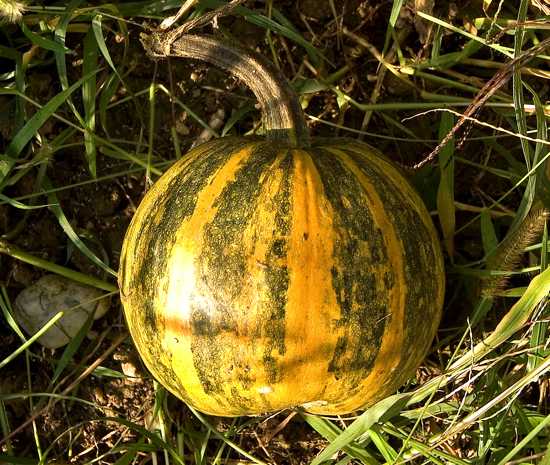 Zucchinis are a type of squash. They have soft white flesh, and produce a mild bitter yet buttery taste when cooked. Pumpkins, on the other hand, range in color from orange to yellow to green or even white, have much denser flesh, larger, harder seeds, and taste completely different to zucchini. There are several species of pumpkin that can be eaten, but one of the most common ones is Cucurbita pepo. However, zucchini is also Cucurbita pepo. In fact, so are a number of vastly different vegetables. The bizarrely striped delicate squash, the appropriately named pattypan squash, the gigantic spaghetti squash, and a host of others are all in the same species. As a single species, these can all be interbred, although they generally are not as the results do not taste as flavorsome as any of the pure breeds. Cucurbita pepo has been bred so extensively that it has produced this impressive range of sizes, shapes, colors, and flavors. 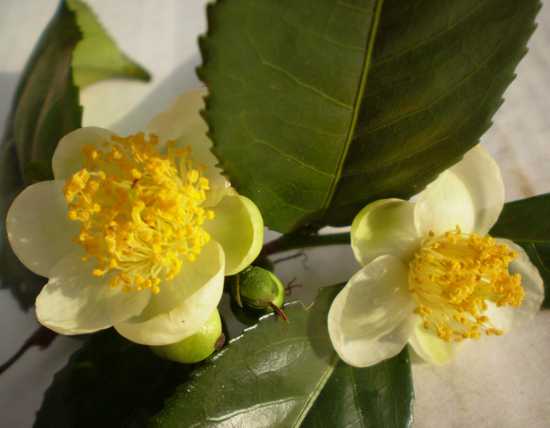 Tea drinkers around the world often cultivate their own particular tastes. Apart from fruit and herb teas, which are generally made from the fruits of various plants, there are a large number of teas which are made from more traditional leaves. Black tea, green tea, oolong tea, white tea, and yellow tea all have their own distinctive aromas and tastes. They are all, however, made from leaves of the same plant. Camellia sinensis leaves are dried and heated to turn them from lush green living photosynthetic factories into the tiny curled fragments we enjoy with warm water. The different tastes come from the way they are prepared. The amount of time they are processed for causes the leaves to oxidize to different degrees, producing a large range of tastes and health benefits. Green and white teas are oxidized the least, followed by oolong teas, and finally black teas, which are oxidized the most. 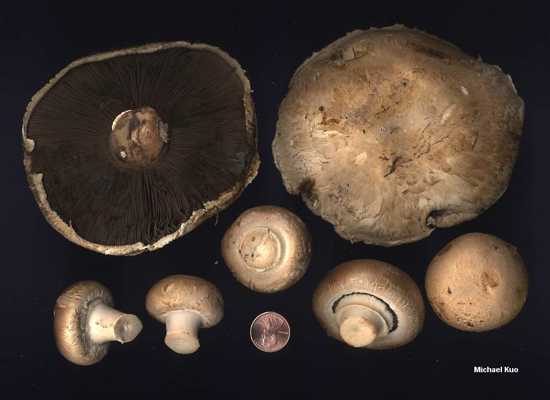 Mushrooms are a wonderful food. From the supermarket, one can often buy tiny round, white button mushrooms, or large, flat, brown portobello mushrooms. Generally more expensive are the tiny French champignon mushroom, the Swiss brown mushroom, the Roman brown mushroom, and the Italian mushroom. These are all Agaricus bisporus, the same species as each other, and the most widely consumed mushroom on earth. Rather than being different subspecies, most of these mushrooms are merely different ages. The fungus starts as small, pale buds and gradually grows larger, broader, flatter, and turns brown. Which name they are given depends on when they are harvested. Although different strains do exist, they are not used or even observed in the majority of the world, as the natural changes in the mushroom make them different enough to consumers. 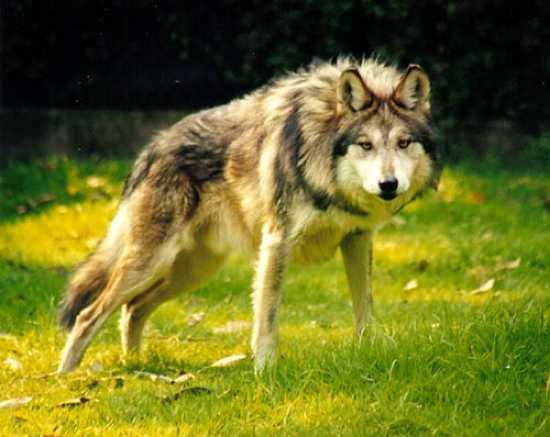 There are many kinds of wolf on earth. These include the gray wolf, the Eurasian wolf, the Arabian wolf, and even the red wolf. These are not distinct species, but rather subspecies of Canis lupus. Dingos developed from wolves on their own terms, but another type of animal entirely was purposefully bred by humans: the domestic dog. Every single breed of dog, no matter how small, large, or differently shaped, is the same species as the wolf. They were domesticated from wild wolves several thousand years ago by ancient humans, and were subsequently bred into many different forms depending on humans’ needs. There are breeds designed to fight bulls, to ferret out animals in burrows, to attack all but their recognized owner, to hunt rabbits, to catch fish, and many other functions. Some of these have been bred so extensively that they suffer severe problems from inbreeding, and debilitating genetic disorders are unfortunately common in dogs. No other mammal has been bred into anything even approaching the sheer variety of forms that the domestic dog shows. And yet the minuscule chihuahua and the gigantic wolfhound are both one and the same: Canis lupus. 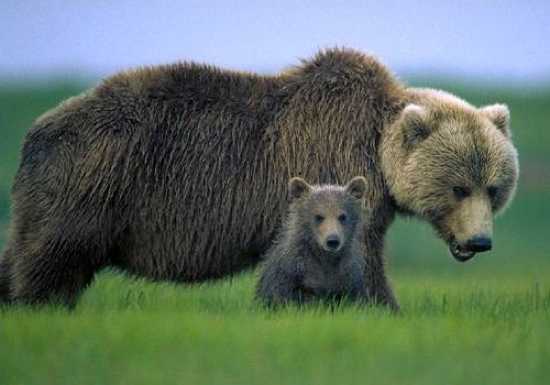 Bears are the largest predators on land. They are highly adaptable omnivores who strike fear into the hearts of those who encounter them in the wild, and with good reason. The Kodiak bear is one of the largest bears on earth, but perhaps more famous is the ferocious grizzly bear. Other bears include the brown bear, the American black bear, and the rare Tibetan blue bear. All of these bears are Ursus arctos. Ursus arctos itself is an interesting name, as it is simply made up of the Latin and then the Greek word for bear. The word ‘arctic’ actually comes from ‘arctos,’ meaning an area associated with bears, specifically, the far Northern bear constellation, Ursa Major. The many subspecies of Ursus arctos vary in mass by hundreds of kilograms, and their fur can be long, shaggy, short, brown, black, tan, or even bluish. There are so many different forms of Ursus arctos that scientists currently do not know exactly how many subspecies there are at all. 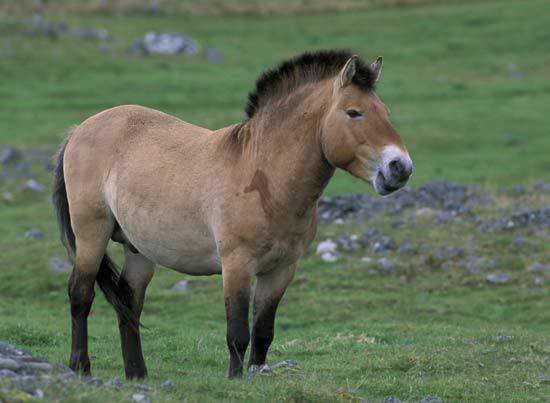 Feral horses, also called mustangs or brumbies, are often seen as a completely different animal to domestic horses, but the disparity is purely behavioral. They are the same species, Equus ferus, and are actually descended from domestic horses. The only true wild horse left today is the Mongolian wild horse, or Przewalski’s horse, which is merely a different subspecies. The domestic horse itself, like the domestic dog, has been further bred into a large number of forms according to the wants of humans. Some, like draft horses, are large, stocky, and have sizable tufts of hair around their hooves. They have been bred as workhorses, and are prized for their incredible strength and stamina. Others, like the miniature horse, have been bred for their small size and good temperament. Miniature horses are finding a place in the assistance animal niche, and are used in a similar way to guide dogs. They live longer than dogs, and even most other horse breeds, and are especially useful to the many people who are allergic to dog hair. 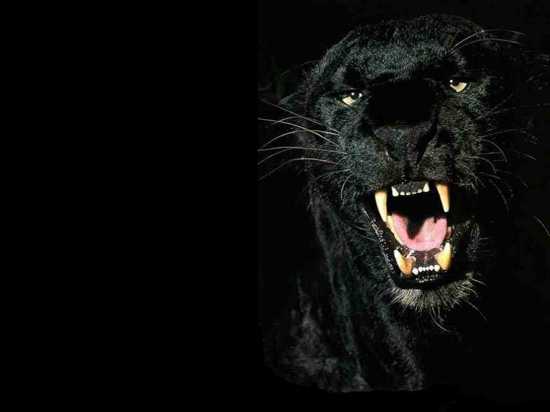 The black panther is distinct from the others on this list because it is the same species as not one but several types of cat. A panther is said to be a fierce wild cat of huge size, but actually, panthers are not a species of cat at all. They are large cats who merely possess a gene for melanism, or black fur. Leopards (Panthera pardus), jaguars (Panthera onca), and possibly cougars (Puma concolor), can all be born with black fur and are subsequently called panthers. A jaguar with normal coloration, for example, can give birth to two cubs of which one has black fur and one has the standard jaguar pattern. Panthers of leopards and jaguars still have spots, but due to the darkness of their fur, it difficult but not often impossible to see them. There have been reports of panther tigers, but so far, the only confirmed case of a black tiger has been a strange cub born in an Indian zoo. It was born white, another uncommon but simple genetically-caused coloration for tigers, but gradually changed to black over a period of some months.