We consider the modern times to be advanced in every way. However, we forget that a lot of very awesome things have been discovered or invented that were, for one reason or another, lost to the winds of time.

Some of them weren’t just good for their own time. They also rival anything we have today. Here are 10 surprisingly awesome things from history that we somehow lost. 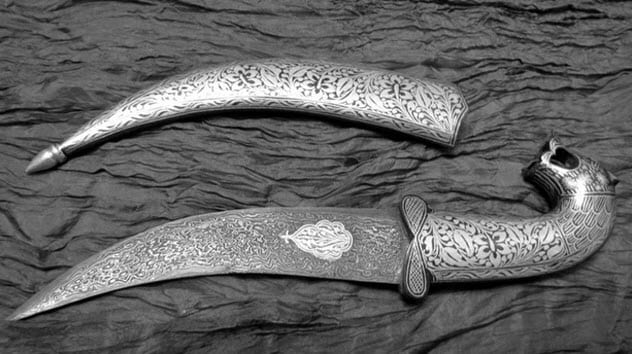 Damascus swords are quite famous for their quality and craftsmanship, though they are only one of the things made from a lost, ancient material called wootz steel. Once shipped from India across the entire world for its high quality, wootz steel is said to be the best steel ever made, even by today’s standards. Weapons made from it were the finest.

While Damascus swords were successfully replicated by modern techniques, they’re still not really true Damascus weapons if they aren’t made from wootz, which was lost at some point. We know quite a lot about the composition of the metal and other details, though we haven’t been able to replicate it even with modern methods. It remains one of the best inventions we somehow managed to lose.[1] 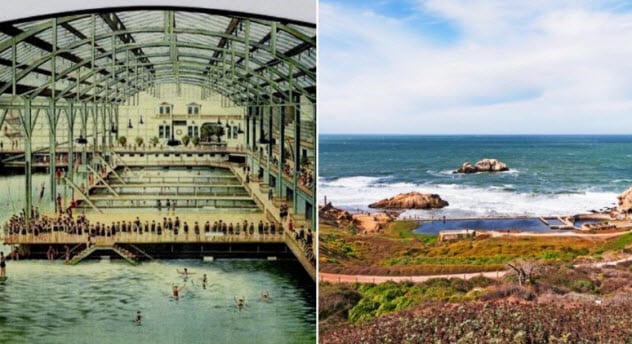 Imagine the best swimming pool you have visited, and then consider that Sutro Baths in California had at least seven of them. Aside from being a wonder of the recreational world, it was also the biggest indoor swimming pool facility at the time with seven pools of varying temperatures, various types of slides, a high-diving spot, and a capacity of a whopping 10,000 people at a time. (Today, it would still be the biggest facility in the USA.)

Unfortunately, the pool hit on hard times during the Great Depression. Even when they tried to renovate it with a whole new ice rink, it never really regained its lost glory.[2] 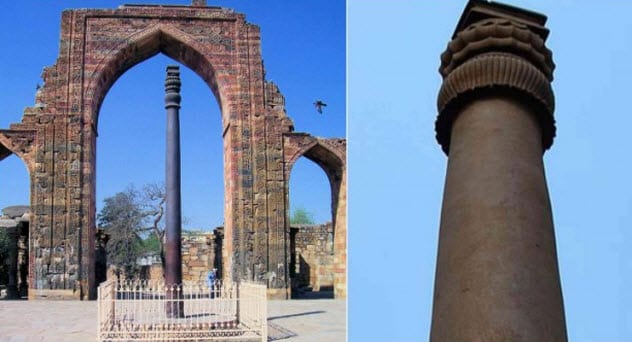 While the world was making other advances, India was strangely fixated on perfecting metals. One of the longest-standing mysteries for metallurgy scientists as well as casual enthusiasts has been the iron pillar of Delhi. Seemingly a normal iron pillar in the middle of archaeological ruins, its very existence has baffled scientists ever since they’ve seen it.

It doesn’t rust at all, which isn’t just peculiar for an iron pillar from the fourth century BC but for all iron pillars in general. We still don’t have the technology available to make iron like that, even though we can make new materials that don’t rust.

Studies have suggested that the iron pillar may be coated with a film that protects it from rust. However, some have also noted that it may just be the high amount of phosphorous chosen for the design that gives it corrosion resistance. All in all, everyone is guessing here as its construction technique was never recorded.[3] 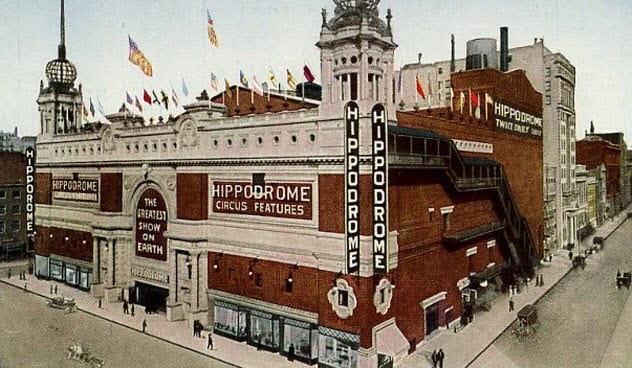 These days, a lot of venues could vie for the position of the greatest theater in New York City. However, for those who were alive during its time, the Hippodrome Theater always unanimously held that title.

Meant for the masses instead of the upscale Broadway theatergoers, the Hippodrome had a seating capacity of 5,200 with a stage about 10 times bigger than a normal Broadway stage. It was so popular that it inspired many other Hippodromes across the country that are still operational. But nothing beats the original.

Unfortunately, the mighty Hippodrome proved to be too big to sustain itself. Due to production costs becoming too high and the Great Depression causing an overall slowdown, the Hippodrome was demolished in 1939.[4] 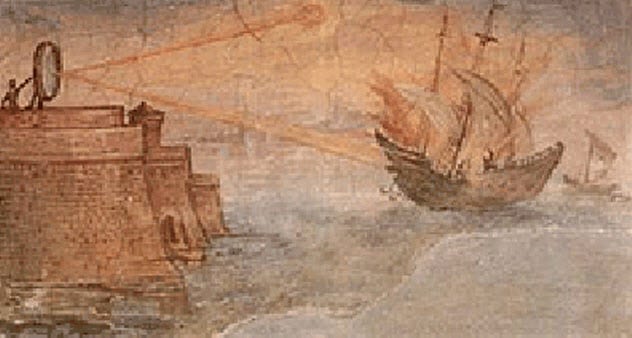 Everyone who has tried to make a piece of paper catch fire with a magnifying glass knows that this stuff should definitely be made into weapons, but no one has ever been crazy enough to pull it off. Well, no one except Archimedes, whose infamous death ray was nothing but a bunch of mirrors pointed at Roman ships during the siege of Syracuse. It was like a magnified magnifying glass, if you will.[5]

While Roman and Greek historians definitely mention the device used in that naval siege, we’re not quite sure why the designs were never preserved to reproduce it. Through experiments of their own, a team of MIT researchers as well as a Greek engineer back in 1973 have proved that the death ray would work. However, we know that it still wouldn’t be the same as what Archimedes built millennia ago. 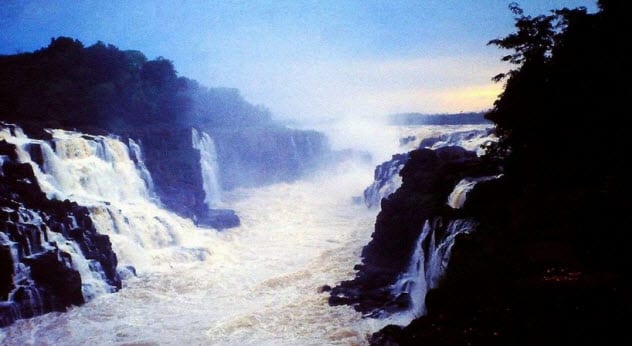 Now we’re no stranger to awesome waterfalls. The whole world is littered with a variety of them, and many are popular tourist attractions. But Guaira Falls was especially magnificent as it once pumped the highest amount of water (about double the amount that goes through Niagara Falls) into seven enormous and violent sets of waterfalls on the Paraguay-Brazil border.

It was one of the natural wonders of South America. The water flow was so intense that its gushing could be heard as far as 32 kilometers (20 mi) away.[6]

The falls were destroyed when the Itaipu Dam was built over them, which sounds like a good decision considering that the dam provides 75 percent of Paraguay’s electricity. Still, we lost one of the most awesome waterfalls in the process. 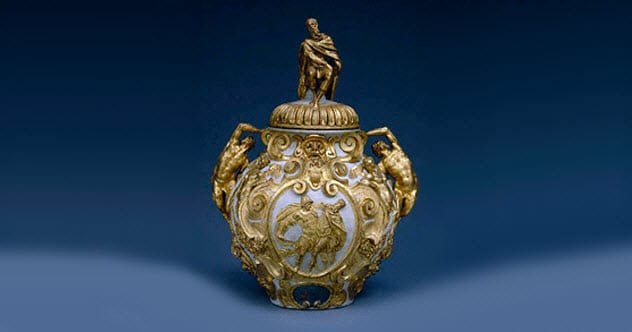 If we told you that a universal antidote exists for all kinds of known poisons, you’d probably ask us why we aren’t making bank selling it. For one, we don’t have the recipe anymore as it was lost a long time ago.

But more importantly, we’d have to be as paranoid about getting assassinated with poison as King Mithridates VI of Pontus. He had a reason to be paranoid, too, as he was one of ancient Rome’s most powerful and despised enemies.

Famous for his expertise in toxins and chemicals, he made himself what reliable records say was a universal antidote with a bunch of ingredients. This kept him safe from all types of toxins and poisons.

Many scientists believe that he just had too much poison, which made him immune to the whole thing. But we know that his concoction worked on others as it was a widely accepted and reproduced drug in Roman and Greek antiquity. Also, we can find records from physicians and scholars talking about it at the time.

So we know that a universal antidote existed. But we have no idea when exactly in history we managed to lose such an important technological advancement.[7] 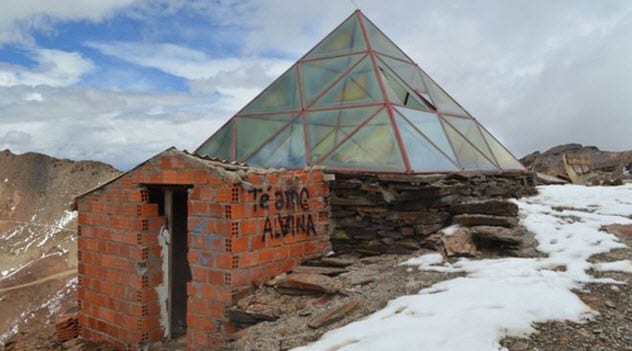 Once the highest resorts in the world, the ski resort at Chacaltaya Glacier in Bolivia wasn’t just an awesome landmark that we lost. It was also one of the first casualties of climate change.

At 5,421 meters (17,785 ft) high, the resort hosted professional skiers from around the world with an unparalleled view of the surrounding mountains. Around 2009, however, the glacier was as good as gone and the resort had to finally shut down.[8]

According to many studies conducted on the glacier during its time, the region saw an increase in temperature of 0.5 degrees Celsius (0.9 °F) in 1976 and 2006, which ultimately resulted in its disappearance. 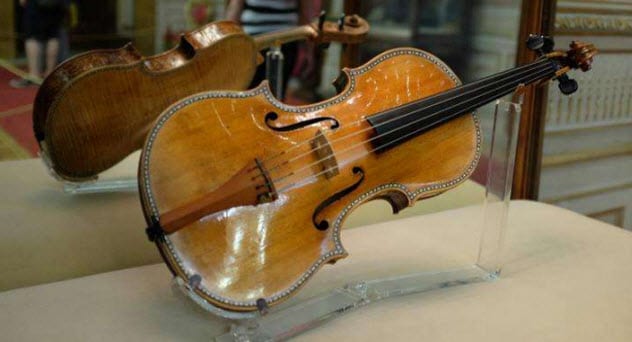 Opinions on who makes the best musical instruments vary among musicians depending on the instrument and what you mean by “best.” Different instruments are good for different uses, and it’s difficult to identify the best makers in the world.

That’s not true for violins, though. It’s a unanimously and scientifically accepted fact that the best violins are those made by Antonio Stradivari, an Italian luthier in 17th- and 18th-century Italy. No one has been able to replicate or even understand the production process behind Stradivarius violins. The ones we have left are in private collections, sold for ridiculous sums of money.[9]

Some scientists hypothesize that the wood used by Stradivarius was special due to the mini ice age in Europe at the time, which is why they’re so superior to any other violins. Again, we may never know the exact reason behind their superiority, which was a closely guarded family secret. 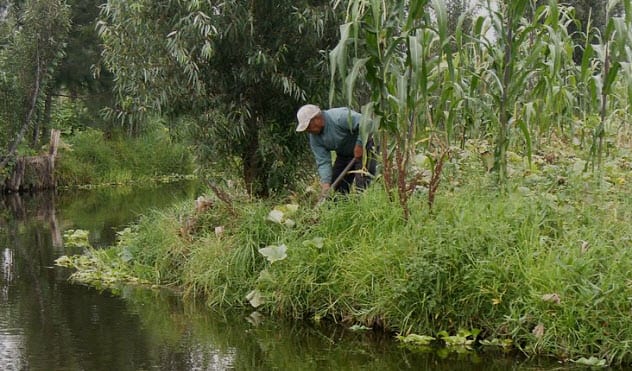 Sustainable farming is all the rage these days and for good reason. Many of our farming practices leave a devastating impact on the environment, though it’s still expensive and time-consuming to do it in a 100 percent green manner. If only we had figured out how to grow stuff and not ruin the environment in the process some time in our history.[10]

The thing is, we did. The Aztecs had uniquely engineered farms called chinampas (aka the floating gardens). Due to being built on mountain slopes with an elaborate drainage system, the farms never flooded and always retained water without any supervision.

The Aztecs also planted willows along the periphery which would eventually grow enough roots to protect the soil from erosion as well. The systems went out of use once the area started being colonized as the Spanish didn’t understand the Aztec systems and introduced their own farming methods to the region.

Despite science’s many attempts to fully understand how these terraces worked, we have never been able to replicate them.

Himanshu can be found shouting obscenities at strangers on Twitter or making amateur drawings on Instagram. He has written for Forbes, Cracked, Screen Rant, and Arre. Pay him money for writing stuff for you here: [email protected]

Read more about lost history on 10 Dirty History Facts That Got Skipped In Class and 10 People Forgotten By History.