This year has celebrated the great old city of London more than any other. The major criterion to earn a place on this list was to be born within a Borough of London. As a result many famous people who have been associated with the city due to their work or life (such as Churchill or Dickens) have not made it. There is also an eclectic mix of people from politicians to musicians to writers. This was to ensure that no area of interest monopolized the list. Such are the numerous contenders for a place in the top 10 – a second list may well follow… 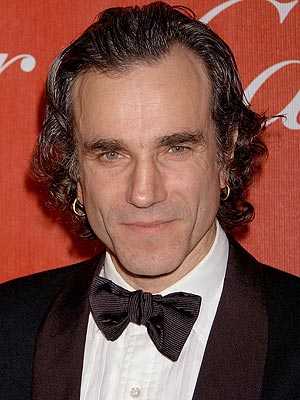 One of the most celebrated actors of his generation, Day-Lewis was born into an Irish family in South London in 1957. He is part of a very select group of actors who have won two Academy Awards for male in a leading role – for My Left Foot (1989) and There Will Be Blood (2007). His portrayal as oil prospector Daniel Plainview in the latter will go down as one of the most menacing performances in recent cinema, similar to his celebrated depiction of Bill ‘the Butcher’ Cutting in Martin Scorsese’s Gangs of New York (2002), which also brought him a nomination for Best Actor at the Oscar’s that year. Daniel Day-Lewis is also one of the most ‘selective’ actors in Hollywood, having only starred in five movies since 1997. His forthcoming portrayal of President Abraham Lincoln in Steven Spielberg’s epic ‘Lincoln,’ is one of the most anticipated releases in recent cinema history.

‘I do know where I come from. I particularly miss south-east London – the front lines of Deptford and Lewisham and New Cross and Charlton – because that’s my patch. But maybe I have a rather sentimental relationship to it. The sort that exiles tend to have.’ (Time Out Magazine, 2008)

Faraday can rightly lay claim to be one of the most famous scientists of modern times. Often referred to as being the man who ‘invented’ electricity, Faraday was the first person to discover electromagnetic induction in 1831, the principle behind the electric transformer and generator. The BBC website claims this discovery ‘was crucial in allowing electricity to be transformed from a curiosity into a powerful new technology.’ He is also famous enough to appear on the back of British £20 notes. 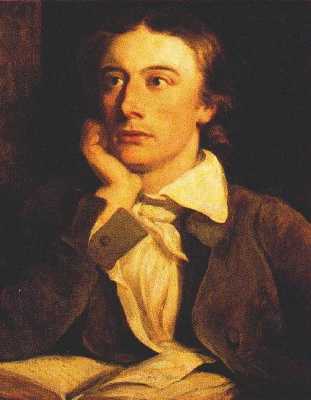 Known as the ‘Cockney’ poet, John Keats is one of the most championed of the second generation Romantics along with his contemporaries Shelley and Byron. Like William Shakespeare, most English people first come to know of Keats at school where his works are still a fundamental part of the British secondary school curriculum – which in part has led to him becoming one of the most analyzed poets in English Literature. Like many great artists through history in differing fields, Keats gained most notoriety for his works posthumously. His sensual imagery employed in most of his odes are superlative, such as in ‘Ode to Autumn,’ where it would be hard to argue that there has been a better depiction of the season of Autumn and everything Autumnal written in the English language. There are currently several ‘Keats London walks’ that tourists can experience which take in his birthplace in Moorgate to his monument outside Guys Hospital in London Bridge. 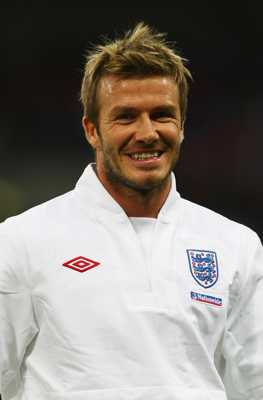 David Beckham has become a true British icon of the 21st century, and is arguably the most famous Londoner alive today. As a huge promoter of the London Olympics throughout the world it was a massive shock to many Team GB supporters when he was omitted from Stuart Pearce’s squad for the games. Although since gaining notoriety through fashion and modeling, ‘Becks’ is still most famous as a football player, captaining his country on 58 occasions and playing in three World Cups. His most celebrated moment on the field came in the 1999 Champions League final when his man of the match performance helped Manchester United defeated Bayern Munich at the Nou Camp Barcelona in one of football’s most dramatic finishes.

“I was born in Leytonstone in Waltham Forest, one of the host boroughs for the London Olympics, and I played football on Hackney Marshes as a kid, so I’m very keen to support the 2012 bid.” (The Telegraph, 2004) 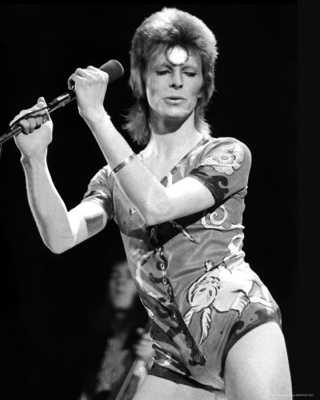 Although Bowie recently turned down an opportunity to perform at the Olympic Closing ceremony (where his decision was due to his reluctance to play live generally, than any political decision), Bowie has had a life-long association with the city. Born and raised in one of London’s multicultural centers, Brixton, in South London, Bowie has earned a reputation as one of pop music’s most influential artists of the twentieth century, mentioned in the same breath as The Beatles, Dylan and the Stones. He also used Heddon Street in Central London for his cover of the seminal ‘Ziggy Stardust’ album in 1972.

‘Bright lights, Soho, Wardour street
You hope you make friends with the guys that you meet
Somebody shows you round
Now you’ve met the London boys
Things seem good again, someone cares about you.’ (London Boys, 1967) 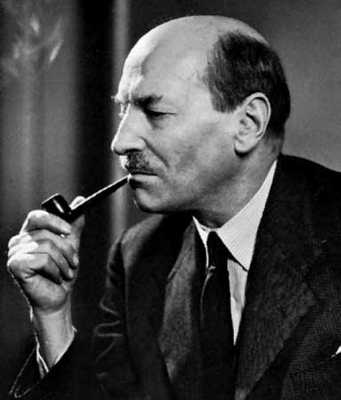 Of all the famous Prime Ministers throughout British History, Attlee has had perhaps the greatest impact upon the state and yet remains one of the least well known. Following the Second World War, Winston Churchill was expected to cement his place as PM in the 1945 elections following his unerring leadership of the country through its ‘finest hour,’ but he was defeated in a landslide by Attlee’s Labour Party, and for one epoch defining reason: The National Health Service. As part of the postwar construction Attlee’s government truly created a ‘welfare state,’ nationalizing major industries and most importantly creating a free health service for the nation, one that still stands and is renowned (though not necessarily championed) the world over. He was also a major advocate of Keynsian economic policy, with the aim of achieving full employment, which remained a central theory of all British governments until the Thatcher governments of the 1970s.

4
Queen Victoria
Famous for being the Monarch 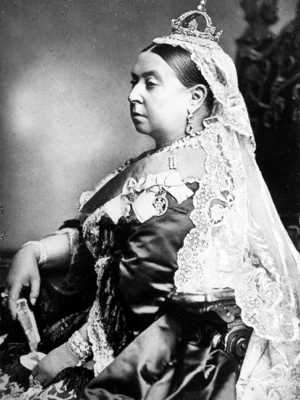 So it’s fair to say that most Kings and Queens of England could have laid claim to be on this list, so I decided to include the monarch that has overseen arguably the greatest transformation of the city into the modern day metropolis that stands today. Put simply, Victoria’s reign in the 19th century saw Britain reap the benefits of the Industrial Revolution to see the country develop the largest empire in history at its height, with the city of London firmly at its center. For approximately a century from the beginning of Victoria’s rule (1830s) to just after World War One, London was the largest city in the world. 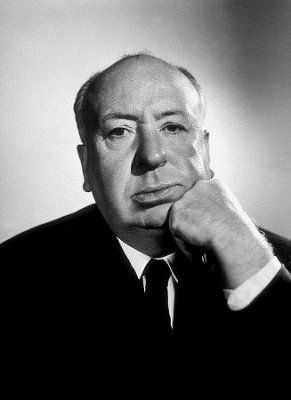 One of cinema’s great directors, Hitchcock was a pioneer in the suspense and thriller genres, developing techniques that are now fundamental elements in many horror movies. In 2002 the American magazine MovieMaker named him the most influential filmmaker of all time. He enjoyed almost unrivaled success in the 1950s and 1960s with films such as ‘Vertigo,’ ‘North by Northwest’ and ‘Psycho,’ which have since become cinema classics. Hitchcock location walks through the streets of London are now thriving which take in areas used in films such as ‘The Man Who Knew Too Much.’ 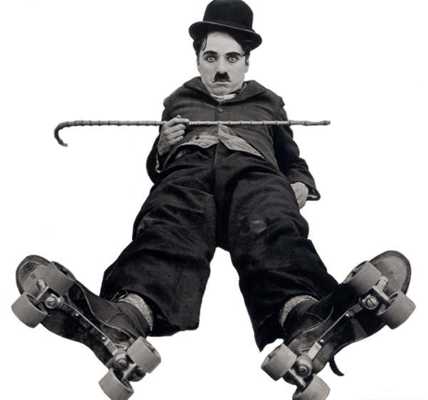 The icon of Hollywood’s golden age of the early twentieth century, Charlie Chaplin one of the most famous stars in cinema history. Beginning with silent movie acting eventually moving into acting and directing ‘talkies,’ Chaplin was arguably the most famous celebrity in the world in the years between both World Wars. Born into a gypsy family in a street that houses one of South London’s busiest markets, Chaplin developed his famous slapstick routines on the London Vaudeville circuit. Famed for his wonderful comic performances, notably in ‘The Tramp,’ Chaplin was also capable of producing truly mesmeric portrayals of drama, such as his spine-tingling monologue denouncing Fascism at the culmination of ‘The Great Dictator,’ the ultimate depiction of satire on film, at a time when Western Europe was at the mercy of Hitler’s Nazis (at the time Hitler was an avid fan of Chaplin, owning all of his movies on film reel).

1
Samuel Pepys
Famous for being a Londoner 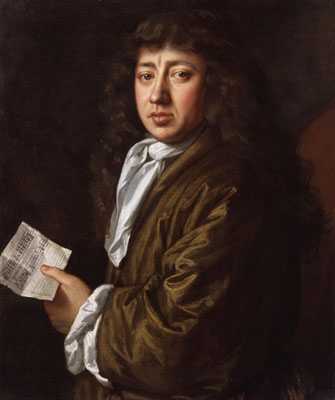 It could be justifiably argued that no other person has contributed to our knowledge of 17th century London than Samuel Pepys. With his exquisitely kept diaries, Pepys recorded in particular three major British historical events that he was present to witness: The Great Plague, The Great Fire and The Second Anglo-Dutch War. As a naval administrator he was also present at the execution of King Charles I in the aftermath of the English Civil War. As well as these important eye witness accounts, Samuel Pepys’ diaries have helped us understand 17th century London society more than any other historical source. So for his impact upon the historical legacy of this great city, Samuel Pepys has earned my top spot!

“Having staid, and in an hour’s time seen the fire: rage every way, and nobody, to my sight, endeavoring to quench it, but to remove their goods, and leave all to the fire, and having seen it get as far as the Steele-yard, and the wind mighty high and driving it into the City; and every thing, after so long a drought, proving combustible, even the very stones of churches, and among other things the poor steeple by which pretty Mrs.— lives, and whereof my old school-fellow Elborough is parson, taken fire in the very top, an there burned till it fell down.” (Samuel Pepys Diary, 2nd September 1666)