Asia has influenced the Western world in many ways, but for all the vast benefits we’ve received from them, we’re barely even scraping the surface of what goes on in this diverse continent. From centuries-old tradition to modern trends that will leave you scratching your head in bewilderment, here are 10 unusual facts about Asia. 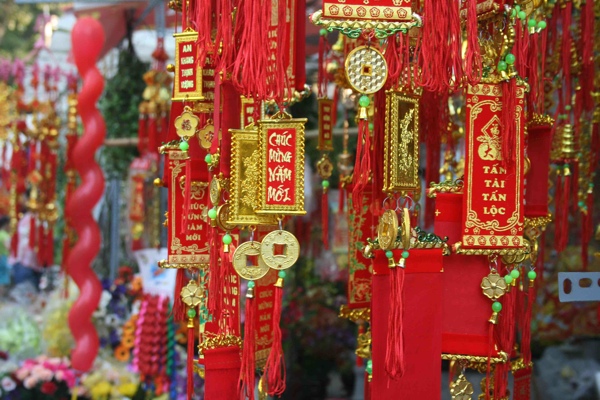 Vietnamese New Year, or Tet, occurs annually sometime in late winter and lasts for several days. It begins on the first day of the Lunar calendar, which is usually sometime in early February or late January.

Among many other Tet traditions, the new year is also considered a birthday celebration. Along with Koreans, Vietnamese measure age by the number of Lunar new years they have lived through, so a baby will officially turn one on his first Tet, even if he was only born a few days before the event takes place. 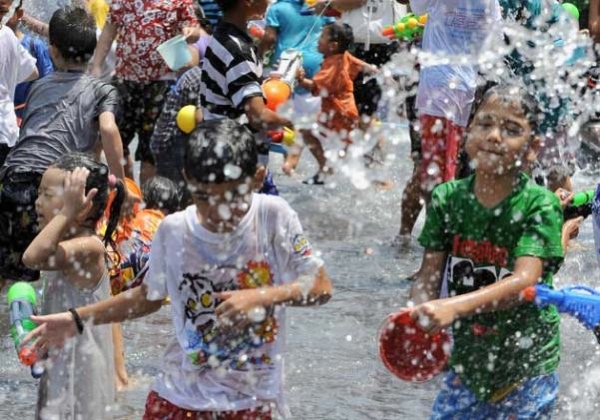 Speaking of New Years traditions, the Thai New Year is celebrated from the 13th through the 15th of April. Known as the Songkran festival, which is Thai for “astrological passage,” the main attraction is being sprayed in the face by a mixture of water and flour or talc powder.

Originally the celebration had spiritual connotations—water was poured over statues of Buddhas, and then people would collect the water that dripped off and pour it over their loved ones for good luck. These days, it’s just a free-for-all with water guns for sale on every corner and people standing beside the streets down anybody who passes. 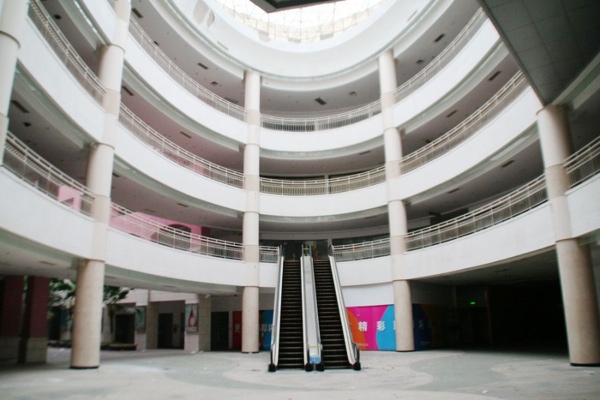 Fact: The World’s Largest Shopping Mall Is A Ghost Town

In 2005, Chinese billionaire Alex Hu Guirong began building the world’s largest shopping mall in Dongguan, China. At seven million square feet, the New South China Mall had room for up to 2,350 shops—not to mention the full-size indoor roller coaster, the 1.3 mile long canal (complete with gondolas), and the 82 foot replica of the Arc de Triomphe.

There was only one problem—nobody wanted to put a store in it. From 2005 until the present, only about one percent of the mall has ever been used—ever. The other 6,930,300 square feet just is gathering dust under cloth covers, and the only people who really work there are the security guards who keep squatters away.

There are a few reasons why the mall flopped so hard, and one of them is the location—Dongguan only has a population of 10 million, most of them poor-ish factory workers, and it can take a few hours to even get there. 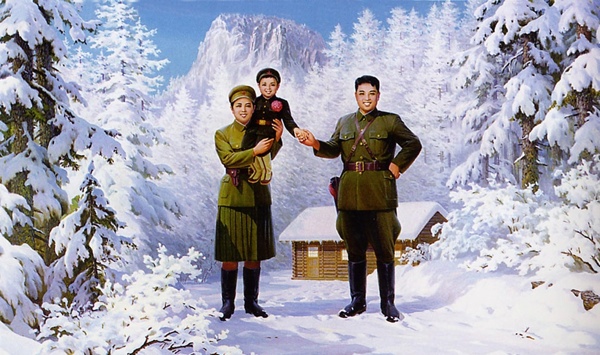 Fact: North Koreans Celebrate Their Own Version Of Christmas

In North Korea, the citizens don’t celebrate Christmas. Christmas is still a thing in North Korea, it’s just closer to an act of war than a celebration. So instead of embarking on Christmas festivities, North Koreans will instead celebrate the birth of Kim Jong Il’s mother, who was born on December 24th.

The North Korean government has a long history of keeping a tight hold over the religious groups within their borders—they famously tortured a woman in 2002 for smuggling Christians out of the country. Since then they have continued to demonize and censor as much Western influence as possible—including placing a series of patriotic holidays around Christmas. Besides the birth of Kim Jong’s mother, North Koreans celebrate “Constitution Day” on December 27th, and on New Years they hold marches to the view resting place of Kim Il Sung’s (the guy who started the Korean War) embalmed body.

6
China Only Has One Time Zone 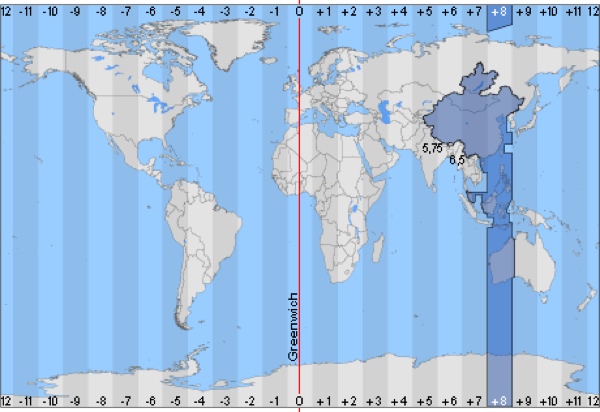 The reason for doing it that way was mostly political—China is a big freaking place, and after 20 years of civil war the People’s Republic of China wanted to give everybody a sense of unity. Unfortunately, that meant that while Beijing was seeing the sun rise at 6 AM, western areas like Xinjiang wouldn’t see dawn for two more hours.

This system is still in place today, although Xinjiang has put their foot down and created their own unofficial time zone, which is two hours behind China Standard Time. The Chinese government doesn’t recognize it.

5
It’s Illegal To Be Fat In Japan 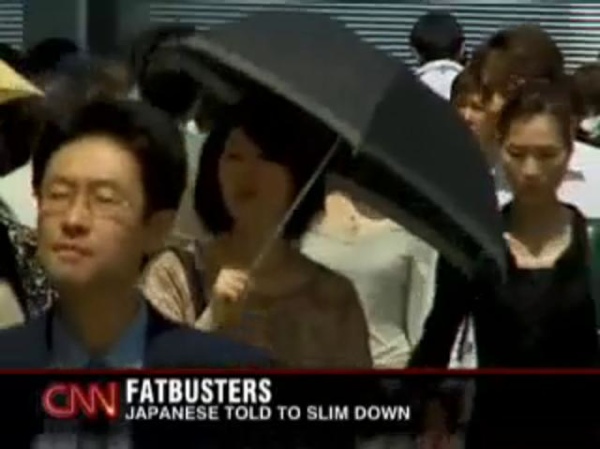 Japan is currently considered the skinniest industrialized nation in the world, and there’s a very good reason for that—it’s against the law to be fat. Japanese law dictates that a male over the age of 40 can’t have a waistline larger than 33.5 inches (85 cm). Women are given a little more leeway with 35.4 inches (90 cm).

Why? The official reasoning is that, well, slim people are healthier, and it’s an effort to combat high cholesterol and high blood pressure. People who are over the legal waist size have to go through counseling and government-approved diets, and companies who have a large number of overweight employees have to pay a fine, which goes towards healthcare for seniors.

Fact: China and India Are A Third Of The World’s Population

It’s well known that China has a large population, but the actual size of it is staggering. The Sichuan province alone has a population larger than Greece, Portugal, Holland, Guatemala, Austria, Malaysia, New Zealand, Australia, and Canada combined—and it’s only the fourth largest province in the country.

In fact, India and China combined make up more than a third of the world’s entire population—2.5 billion people as of 2012. And all those people fit into an area barely larger than the United States. 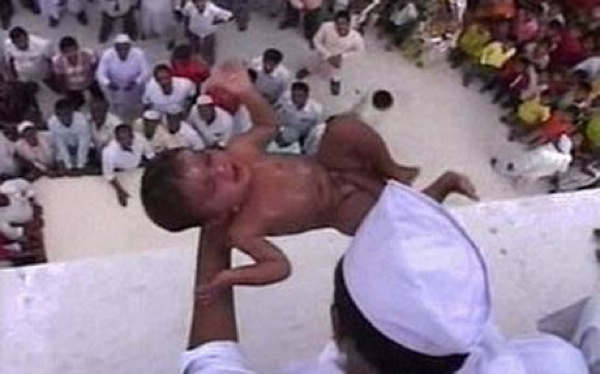 At a shrine in the mountains of Solapur, India, newborns are brought to partake in a ritual that is supposed to provide the child with good luck, courage, and health. Babies are carried to the top of a 50 foot tower and then dropped off the edge—into a stretched sheet held by monks at the bottom of the tower.

This Muslim tradition has been practiced for over 500 years, and it’s still happening today. While a lot of people are horrified at the ritual, the Musti villagers claim that there has never been an injury. You can watch a clip of it here. 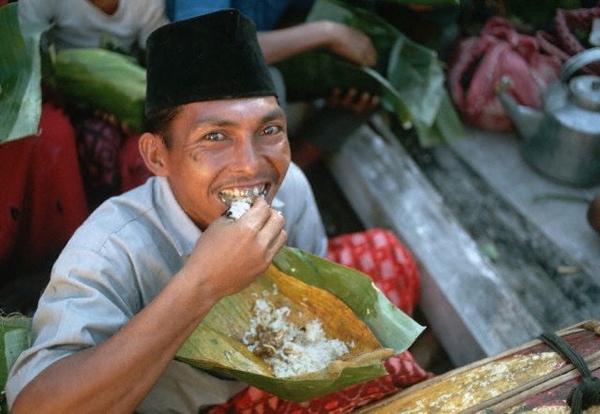 Fact: Indians Eat With The Right Hand, Wipe With The Left

One of the most interesting customs in India is that they will only eat with their right hand. The reason is that after you use the toilet you don’t use toilet paper – you cup some water in your left hand and use it to wipe up. Aside from hotels or restaurants that cater to Westerners, it’s actually hard to find a bathroom that even has toilet paper in the entire country—why would you use paper when you have a perfectly good left hand, right?

In addition to eating, it’s considered insulting to do just about anything else with your left hand, such as handing over money or using it to shake hands in greeting. 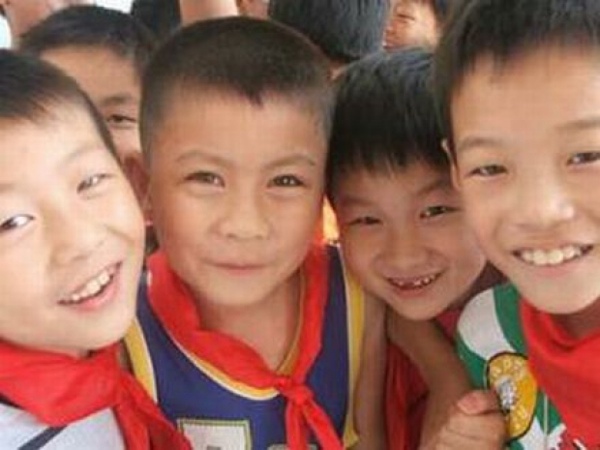 In 1992, China put in its application to host the 2000 Olympics. That same year, 680 Chinese people named their newborns Aoyun, which translates directly to “Olympic Games.” More than 4,000 people went on to give that name to their children over the next 15 years, with another big surge when it was announced that China would host in 2008. But it’s not overly strange for Chinese parents to name their children after events or political movements.

This is only one technique for naming children in China—there are many others—but according to the Chinese registry, other common names are as diverse as “Defend China” or “Build the Nation.” Some children are even named simply “Space Travel,” which is awesome, and almost 300,000 “Civilisations” are currently living in the country. For comparison, that would be like an American naming their son “America” or “Obama for President.”