The old beliefs have changed. Ancient religions have had to adapt to a new world and, in many cases, barely resemble the faiths that once covered the world. To their followers, though, they still have meaning, and connect them to a part of the world that’s been left behind.

10Asatruarfelagid
The Church Of Thor And Odin 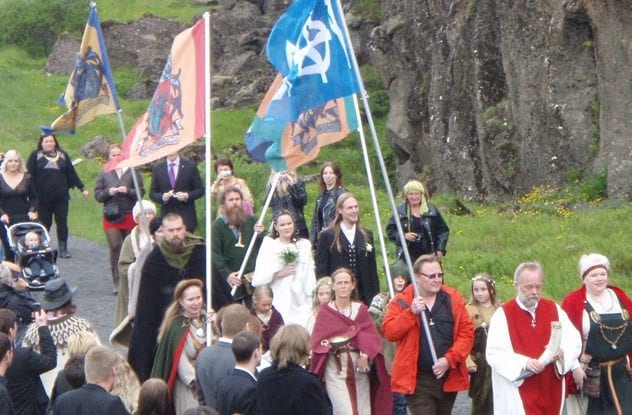 A church called Asatruarfelagid has been building up followers to bring back the worship of Thor and Odin. It’s bigger than you might imagine—currently, they had 2,400 followers. They even opened their own shrine, a circular temple overlooking Reykjavik. There, ordained priests of Nordic religion host weddings, funerals, and ancient rituals.

Their rituals are a bit different from how the Vikings did it. For one thing, they don’t sacrifice children anymore. They do, however, hold craft nights and social get-togethers that are a great way to make new friends. Oh, and they give out a lot of free coffee and snacks.

The new religion has little in common with the vicious pagan beliefs that inspired it. To the followers, though, it’s more about connecting to their culture than about believing in ancient myths. They see the myths as “poetic metaphors,” not as something to be taken literally, and their worship as a celebration of the culture they came from. 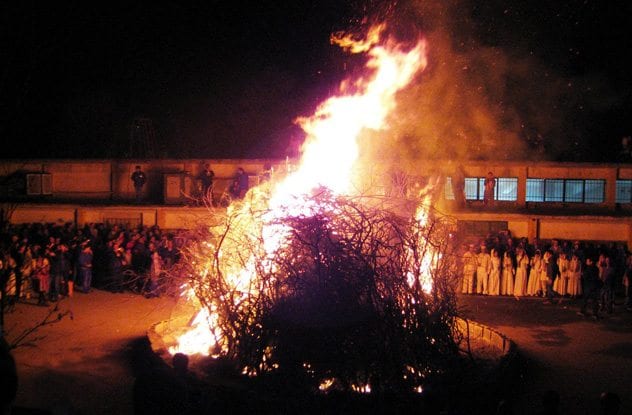 Zoroastrianism has been traced back to the sixth century BC, and it’s been called the first monotheistic religion on earth. The faith has never been completely wiped out, but it’s certainly not as strong as it once was. They don’t believe in evangelizing or converting others over to their faith, and so its followers have whittled down. Today, there only 190,000 left, most of them in India and Iran.

They still keep their faith alive by holding religious classes and celebrations and by sharing ancient poetry. They also do their best to keep a fascinating burial ritual intact: sky burials. Dead Zoroastrians are not supposed to contaminate the earth with their bodies. Instead, they are to be left in funerary towers where vultures are free to eat their remains.

Today, though, there is only one funerary tower left in the world, located in Yazd, Iran. And so the body of a Zoroastrian who wants to be buried according to his faith has to make a long trek from wherever they may live to Iran. 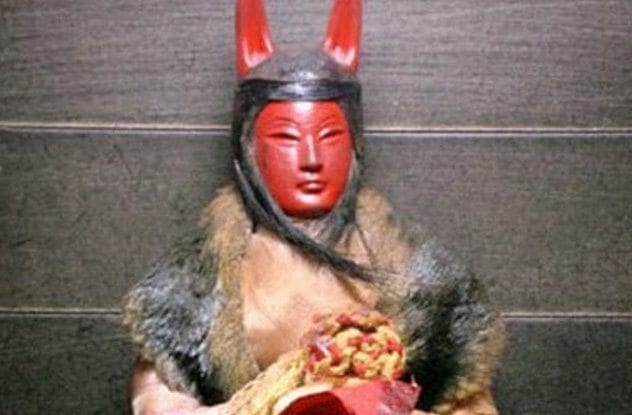 According to legends, Tu’Er Shen started life as a mortal man named Hu Tianbao, who fell in love with a man above his station. Hu Tianbao was too afraid to speak to the object of his affections and instead secretly spied on him in the bath. He was caught. The man he loved, enraged, beat Hu Tianbao to death.

A month later, Hu Tianbao came to another man in his dreams, now in the form of a rabbit. He had become the god of same-sex lovers, he announced, and needed mortal men to build his shrine. Soon, it evolved into a whole religion dedicated to Tu’Er Shen—until the government stamped it out on charges of being a “licentious cult.”

Today, a Taoist priest is trying to bring Tu’Er Shen back. He believes that homosexual Taoists need a god for their prayers, and so he has built a shrine to the rabbit god of homosexuality. There, he officiates gay weddings and encourages people to pray for help in love.

7Mari
The Pagans Of Russia 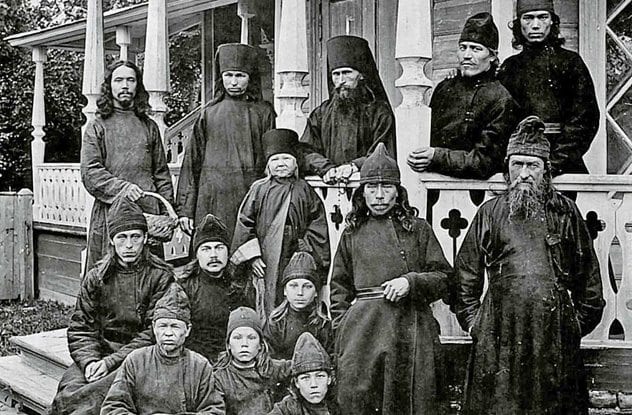 The Mari are a Russian ethnic group who, long ago, followed a pagan religion based on the worship of nature. Nature, they believed, was a powerful source of good that worked to help humanity—as long as humanity did not harm it.

When Christianity took over, the Mari were all but stamped out. Following their old faith became forbidden, but a few kept up the rituals in the cover of night. After midnight, they would go out to the glades and pray, risking detention and death if they were caught.

Since the fall of the Soviet Union, they’ve been free to follow their faith in the open. There are some, mostly in rural areas, who still practice the old rituals. It has been changed over time, though, working in several Christian traditions. Some of the worshipers still have pictures of saints up in their homes, and a few have been spotted unconsciously making the sign of the cross as they leave the grove.

6The Return Of The Hellenes
Follower Of The Greek Gods 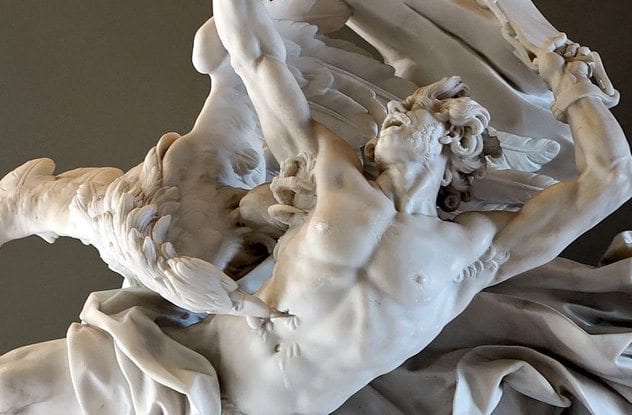 Since 1996, a group of people called The Return of the Hellenes have been trying to bring the Geek gods back. The movement started with a philosophy professor named Tryphon Olympios. Today, though, he’s gathered a whole number of followers and holds full Greek festivals. One is the Prometheia Festival, dedicated to the celebration of Prometheus bring fire to humanity. Whole groups of people, some dressed in modern clothes and some in togas, come out to celebrate.

It’s not exactly the most historically accurate religion. For one thing, their key festival—the Prometheia Festival—didn’t exist in ancient Greece. And when the ancient Greeks made sacrifices to the gods, they usually didn’t place a few flowers and fruits on the ground—they butchered live animals.

Still, to the people who follow it, it’s a way to connect to their past. “It’s going back to the roots,” one follower said. “It makes me feel the continuation through the millennia.” 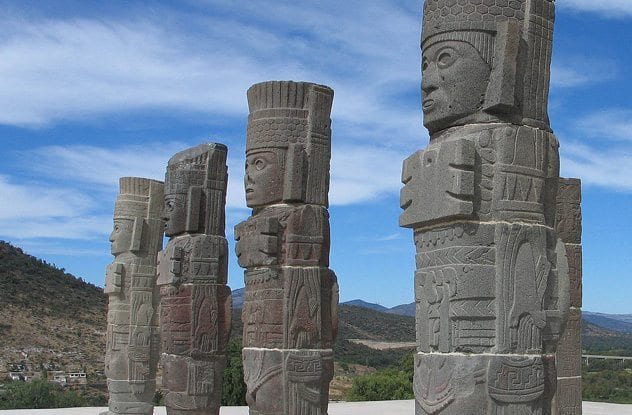 One of the surviving Aztecs groups, called the Nahua, are a blend of a lot of different indigenous tribes and beliefs, all mixed together to make something new. Some of these people still use traditional healers, who treat their illnesses with herbs, incense, and sometimes even the blood of sacrificed chickens.

One ritual, the Dance of the Aerialists, has five men attached to ropes climb a very tall pole. One stays at the top, playing a drum and a reed flute, while the others leap down and let the ropes spin them around the pole. They make 52 turns around it, representing the 52-year cycle of the ancient Aztec calendar.

4Romuva
The Religion Hidden For 1,000 Years 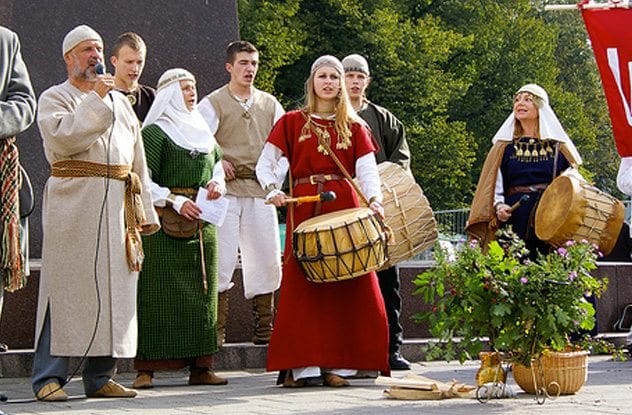 A thousand years ago, the Balts lived in modern Lithuania, worshiping fire as something sacred and eternal. Their tribes built sanctuaries upon the highest hills, where their priests protected an eternally burning fire. Each home had an eternal fire of its own, lit inside of a sacred hearth.

The religion came back in 1967, while Lithuania was under Soviet rule. It was called the Romuva movement, a call to connect Lithuanians back to their roots. The Soviets didn’t like it—they tried to smother and extinguish it. When the Union fell, though, they were once again free to practice their religion in the open.

Today, Romuva has grown big enough that it’s now recognized as a “non-traditional religion” in Lithuania. It’s spread to other countries, as well. Congregations have opened around the world, some as far as Chicago, Boston, and Toronto.

3Tengriism
The Religion Of Genghis Khan 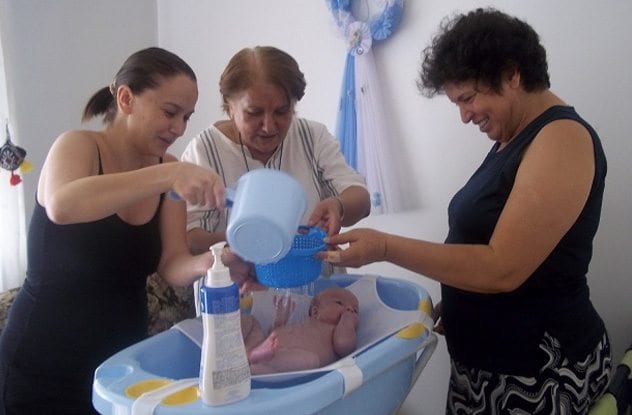 The most famous Tengriist is probably Genghis Khan, who stayed true to his Tengriist principles and granted freedom of religion across the land. Today, followers use the religion to connect themselves to their nation’s past. It’s been revived as a way to create a national identity that resists the influences of globalization. But it’s still inclusive, and the followers often practice other faiths at the same time.

One Tengriist, Dastan Sarygulov, says that his faith is technically not a religion at all. “It’s a worldview,” he says, “which has become a lifestyle. Followers of Tengriism don’t have a holy religious book, but they follow all the spiritual and moral commandments accumulated in major religions.”

Another explains that he is “half-Muslim” as well as a Tengriist, saying, “I don’t fully follow Islam, I just partially follow some Muslim rituals.” 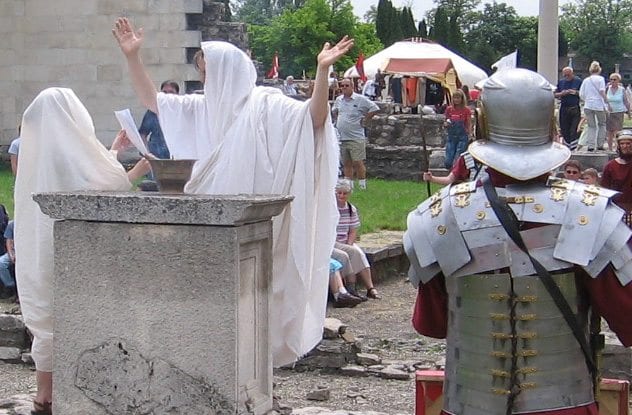 In the 1960s, a movement calling itself the “Roman Traditionalist Movement” sparked in Italy, fighting to bring back the traditions of their Roman ancestors—including the worship of Jupiter.

The effort to bring back an ancient faith has taken a lot of different forms. There are organizations all around the world with distinct ideologies, all starting their own movements to bring back the Roman gods. In the United States, the group’s called Nova Roma. They celebrate ancient Roman holidays and boast that they “try to be as historically accurate of a recreation of the religion as possible.”

1 Kemetism
The Pharaohs Of Harlem 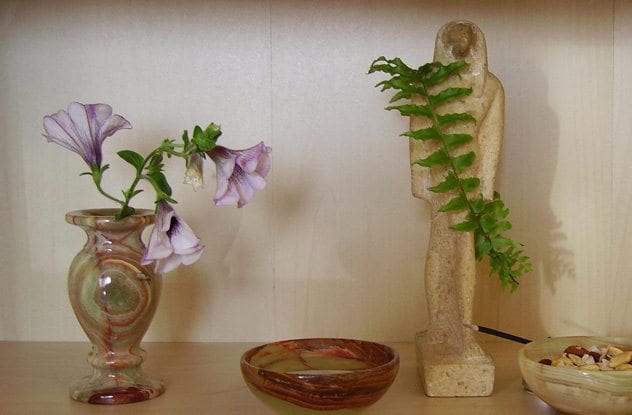 The Egyptian gods are making a comeback in the last place you’d expect: Harlem. The religion is called Kemetism, taking its name from an ancient name for Egypt, and it already has thousands of followers.

These people show up to ceremonies dressed in traditional Egyptian clothes. They have rules dictating what clothes they can wear on each day of the week. They even have their own school that teaches their ideology.