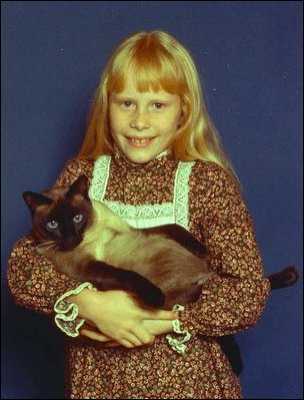 In a 1980 General Election Debate between incumbent president Jimmy Carter and challenger Ronald Reagan, Carter said, “I had a discussion with my daughter Amy the other day before I came here to ask her what the most important issue was. She said she thought the control of nuclear weaponry.” Carter was mocked for taking policy advice from his thirteen year-old daughter. This helped Reagan win the election. 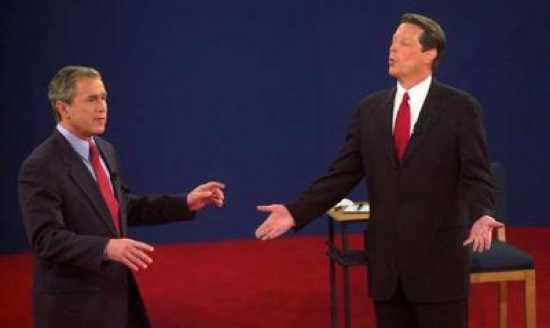 During a 2000 General Election debate, Al Gore repeatedly attacked George W. Bush’s tax plan for being overly generous to what he called the 1%. Bush responded that Gore was using “fuzzy math” and “phony numbers.” Meanwhile, Gore continued to say the word “lockbox.” For example, he said at one point during the debate, “Under my plan, I will put Medicare in an ironclad lockbox and prevent the money from being used for anything other than Medicare.” Gore said lockbox four times, Bush said fuzzy math four times and phony numbers once. 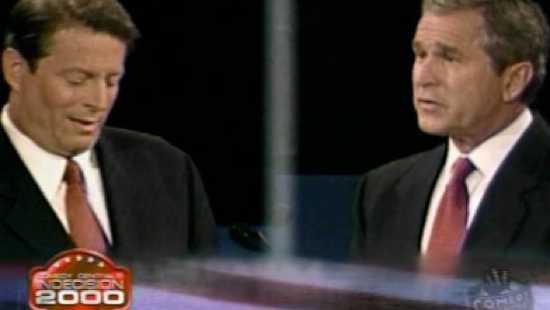 During the same debate, while George W. Bush was responding to questions, because of a split screen, Gore could be seen and heard, sighing heavily and repeatedly. Gore also rolled his eyes, shook his head, interrupted Bush in the middle of a response to a question, and violated the time limits on questions. 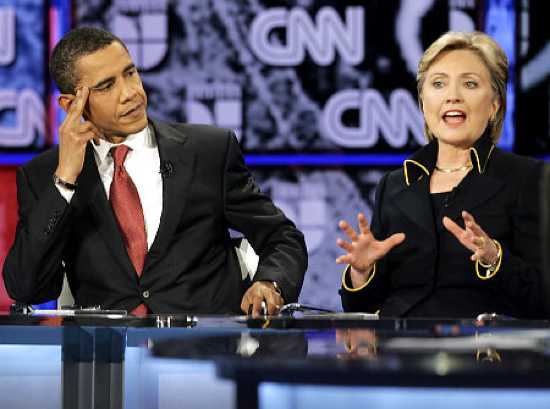 In the 2008 Democratic Primaries, both Hillary Clinton & Barack Obama were campaigning in New Hampshire. She was told that even though the residents of New Hampshire liked her resume, they thought that Obama was more likable. While she was responding, “Well, that hurt my feelings…” as a joke, Obama interrupted her and said, “You’re likable enough, Hillary.” Obama’s statement was called rude and patronizing. 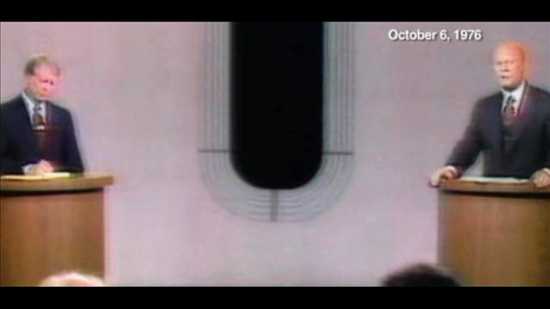 In a 1976 General Election debate, Senator Bob Dole, the Vice-Presidential Candidate to Incumbent President Gerald Ford, said that the Vietnam War, World War I, World War II, and the Korean War were all “Democrat Wars.” He went on to say, “If we added up the killed and wounded in the Democrat Wars this century, it would be about 1.6 Million Americans – enough to fill the city of Detroit.” Mondale, after winning the election with Carter, said that Dole’s “Democrat Wars” statement helped Carter win the election.

5
“There is no Soviet Domination of Eastern Europe” 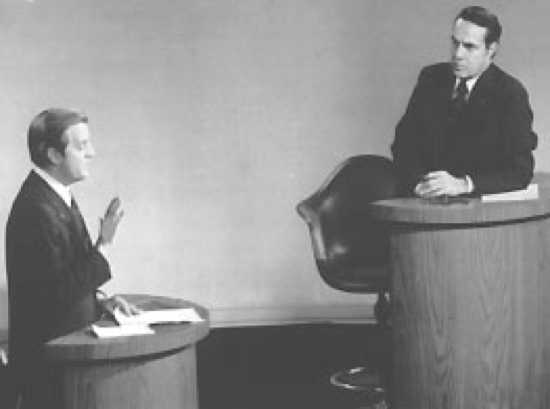 If “Democrat Wars” helped Mondale and Carter win, then President Ford’s denial of Soviet Domination in Eastern Europe secured their victory. He started off by stating, “There is no Soviet Domination of Eastern Europe.” The moderator, Max Frankel, responded, “I’m sorry, what? … did I understand you to say, sir, that the Russians are not using Eastern Europe as their own sphere of influence in occupying most of the countries there and making sure with their troops that it’s a communist zone?” Ford refused to back down from his statement, saying that Poland, Romania and Yugoslavia were free from communism. 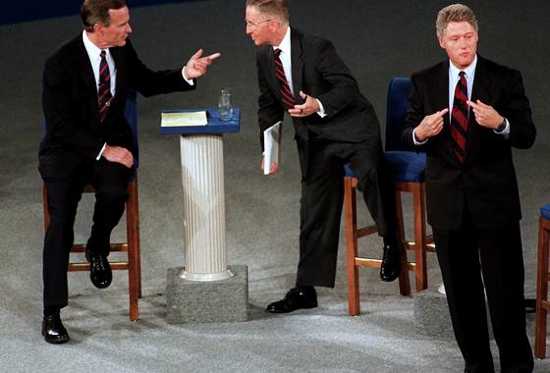 In 1992, Ross Perot, a Texan businessman, ran for President as an Independent. His running mate, James Stockdale, is known in debate history for his opening statement: “Who am I? Why am I here? I’m not a politician – everybody knows that. So don’t expect me to use the language of the Washington insider.” He then continued, “The centerpiece of my life was the Vietnam War.” He was quite obviously out of place. 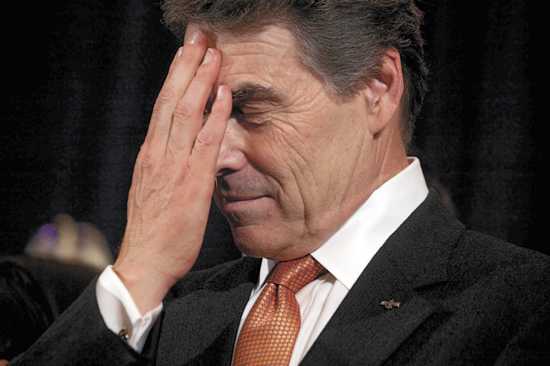 When your answer to a question is mean or strange, it’s bad. When you forget what you were going to say, it’s hilarious. In the 2012 Republican Primaries, Governor Rick Perry was listing three departments that he would cut if elected. He listed the Department of Commerce, the Department of Education, but forgot the third. The moderator pressured him for a third, he stopped trying to remember and said, “Sorry. Oops.” This hurt his campaign, and he eventually dropped out of the race. 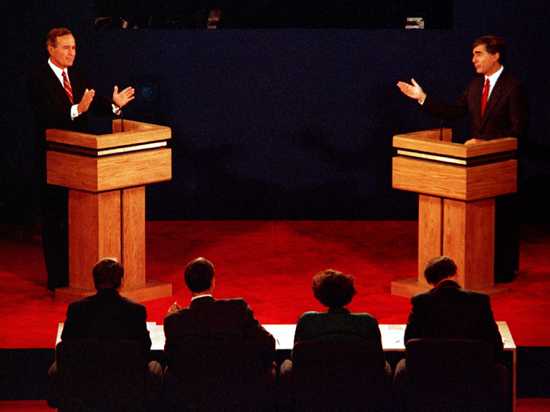 Governor Michael Dukakis, in a 1988 debate against former Vice President George Bush Sr., was asked by moderator Bernard Shaw, “Governor, if Kitty Dukakis were raped and murdered, would you favor and irrevocable death penalty for the killer?” He responded, “No, I don’t, Bernard, and I think you know that I’ve opposed the death penalty during all of my life. I don’t see any evidence that it’s a deterrent and I think there are better and more effective ways to deal with violent crime.” Dukakis’ response was criticized as not passionate enough. Shaw, however, was also criticized for asking such a question. 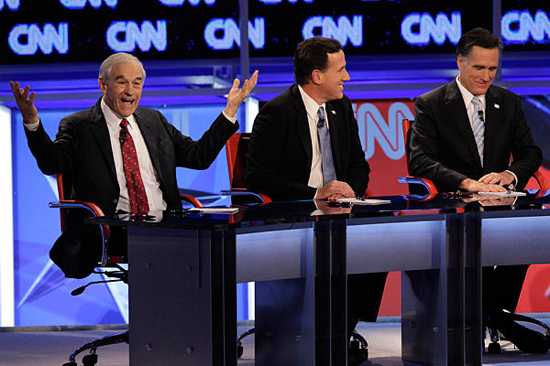 This is one of the few times an audience reaction has been criticized. In the 2012 Republican Primaries, Ron Paul was asked if an uninsured man was left in a coma after “something horrible,” whether he would let that man die. He responded, “That’s what freedom is all about – taking your own risks.” His answer was cheered. The moderator asked whether he would let the man die. Before he could respond, many shouted “Yea!” and several people said “Let Him Die!” However, he answered the question with a “No” meaning that he would not let the man die.