Hitler has become a figure who is reviled and laughed at in equal parts, but it’s easy to mock someone when they’re dead. Here are 10 brave souls who stood up to a living, breathing Hitler at the height of his power.

10
The French Cut the Cables to the Eiffel Tower 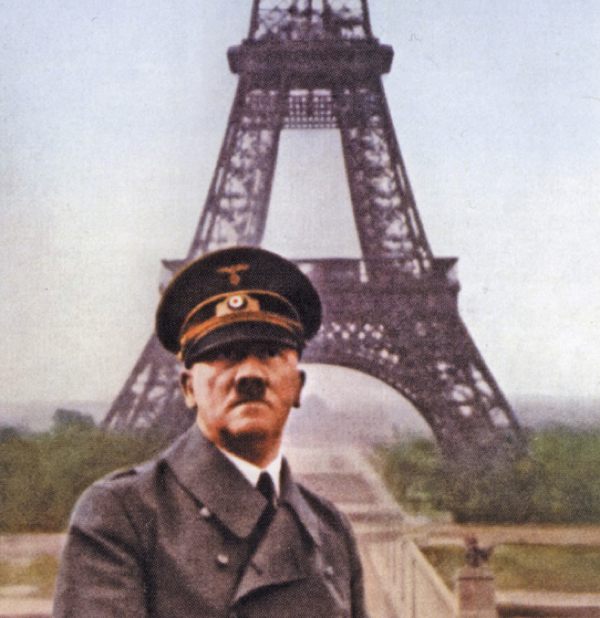 The French stopped Hitler from climbing the Eieffel Tower by cutting the power.

Although the Wehrmacht did manage to occupy France, the French never stopped trying to find ways to annoy Hitler.

9
The Dog That Mocked the Nazis 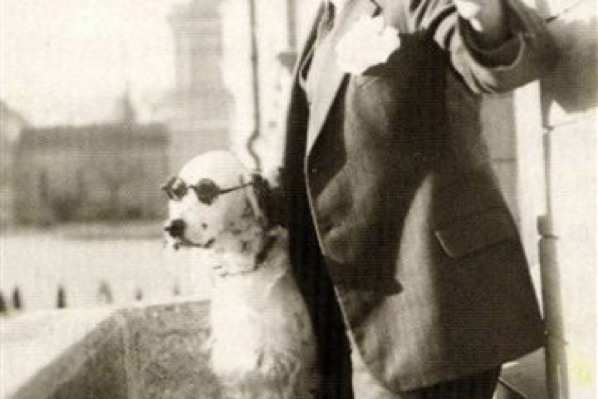 A cute dog was trained to mockingly give the Nazi salute to Hitler.

The Nazi salute is seen as a rude gesture, but it’s one so simple even a dog could learn to do it. In fact… one did.

Jackie, a Finnish dog with a love of wearing sunglasses, annoyed the Nazis and Hitler himself by raising her paw in an cute imitation of their salute.

Though the act enraged high ranking Nazis and led to the prosecution of Jackie’s owner, Jackie herself got away clean.

8
The POW with Stitching Skills 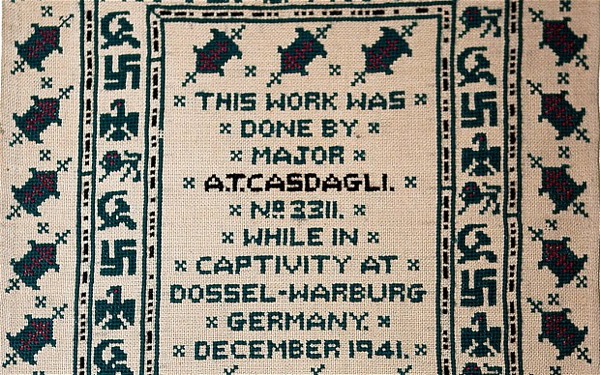 Major Alexis Casdagli was a World War II POW who passed the endless hours of bordem with careful embroidery.

While it looked like Alexis was just stitching his name and rank into cloth, a closer look showed something else: In the edges of the pattern, Alexis had spelled out messages in morse code: “God Save the King” and “F**k Hitler”, repeated over and over again.

Taking a liking to his work, the Germans proudly put it on display, unaware of its hidden content.

7
The Runner Who Gave Hitler the Middle Finger 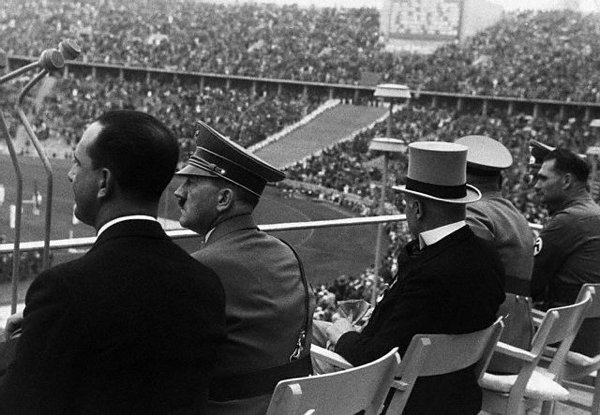 One man gave regular rude gestures to the Fuhrer.

In the 1936 Berlin Olympics, Bob Young achieved more than most. He helped set a world record for the two-mile relay and, while other Olympians were busy giving Hitler the Nazi salute, Bob was much happier saluting Hitler with his middle finger.

At every chance he got. For the entire Olympic games. If there were medals being given away for bravery that year, Bob would have gone home with the gold. 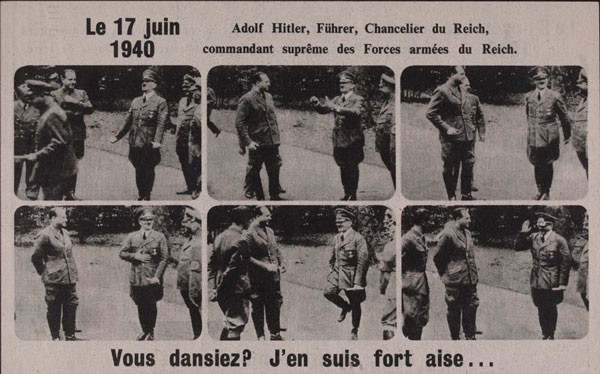 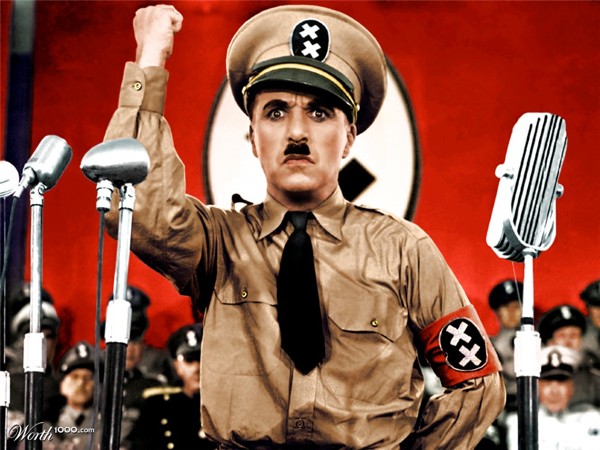 Chaplin made a film mocking Hitler.

Charlie Chaplin, even though he looked a lot like Hitler, found himself on a Nazi death list.

It’s believed that once Chaplin got a copy of the list, instead of running for the hills, he stood his ground and made the Hitler parody film “The Great Dictator”, famously making fun of Hitler and everything he stood for.

4
The Song Every Soldier Knew 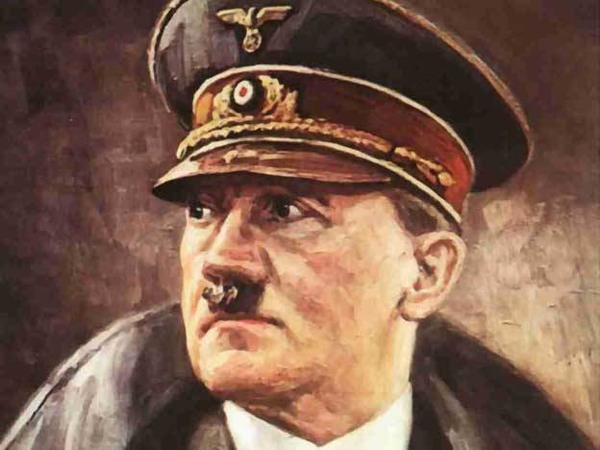 A popular song declared that Hitler only had one testicle.

When you’re fighting a war against somebody, it helps to make fun of that person as much as possible. That way, they appear less threatening and you don’t feel quite so bad about shooting them in the face.

Allies during the war had a good way of making sure Hitler was laughed at by everyone with the song “Hitler Has Only Got One Ball.”

Thought up as propaganda, the song leaked and got stuck in the public’s mind… eventually outliving Hitler’s ideals and the man himself. 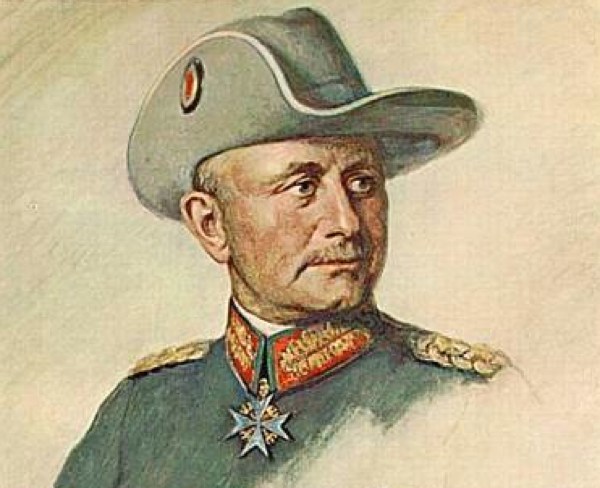 One courageous man told Hitler to “Go f**k” himself.

Paul Emil von Lettow-Vorbeck was a legendary commander in the Imperial German Army and stood firm against Hitler’s ideals. Never beaten in combat, his only loss on record is Germany’s surrender during the First World War.

When Hitler tried to give Von Lettow-Vorbeck a political promotion, he simply told Hitler “to go f**k himself” and, as a national war hero and treasure, he was one of the few who lived to tell the tale. 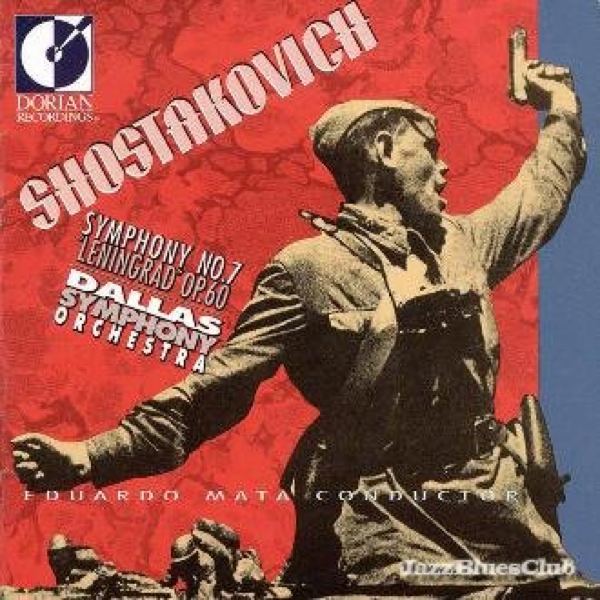 Shostakovich composed a great symphony that frightened Nazis with the Russian spirit.

The siege of Leningrad hit the city hard. Hundreds of thousands died and food was so scarce that some people resorted to eating each other.

Keen to make a stand against Hitler, Dimitry Shostakovich composed a piece to pull the city together and show the German’s her spirit.

He put together a concert using every available man, playing the symphony with such raw emotion and power that, upon hearing it, one German soldier said “We realised we were going to lose the war, because we felt your strength was capable of overcoming famine, fear and even death”. 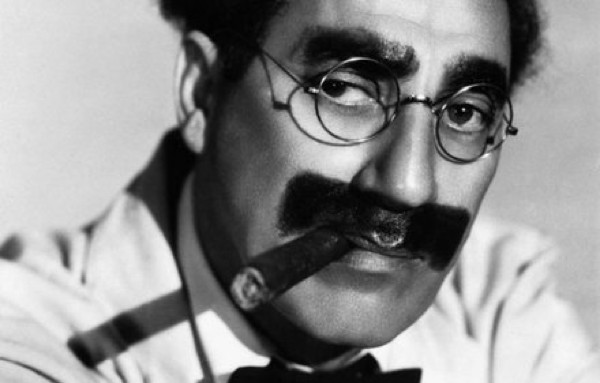 While visiting his home town of Domum in 1958, Groucho Marx saw that the Nazis had been destroying Jewish headstones. After hearing this, Marx called for a car and calmly asked to be taken to the site of Hitler’s grave.

Upon arriving, Marx silently climbed 20ft of rubble until he was on top of the shattered remains of Hitler’s bunker, the place where Hitler’s body supposedly lay. After a moment of quiet thought, Marx then launched himself into an unsmiling Charleston, his every movement an insult to the face of Hitler’s ghost.

Okay, so he didn’t insult Hitler to his face, but reading that, you can sure as hell bet he would have given half a chance.