In the majority of cases, being in a coma means that your life is put on hold for at least a couple of days. In extreme cases, it can be years or even decades. There’s just not really a great deal that you can turn your hand to without the use of, you know, your hands.

Even when you’re in a vegetative state, however, the cogs of the world—indeed, the cogs of your own brain—continue to turn. Things still happen. And sometimes, they involve you, even if you’re none the wiser. 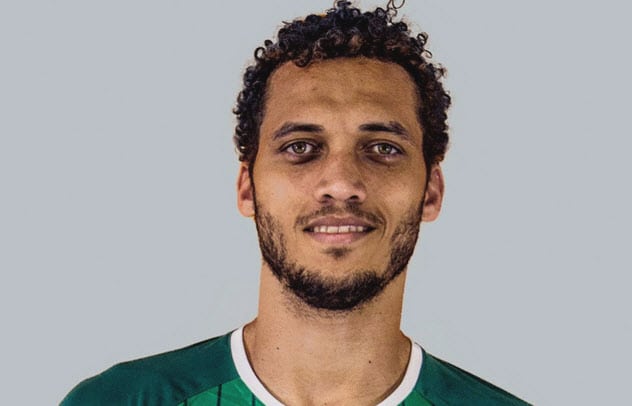 In November 2016, Brazilian soccer was struck by tragedy. LaMia Flight 2933 crashed in northern Colombia, killing all but three of the Chapecoense players en route to Medellin, where they were scheduled to play in the first leg of the Copa Sudamericana final.

The survivors were left-back Alan Ruschel, goalkeeper Jakson Follman, and center-back Helio Hermito Zampier Neto, who remained in a coma for two weeks after his rescue. Eventually, Neto came around with no memory of the crash in mid-December.

In the meantime, Atletico Nacional, Chapecoense’s fellow finalists, had graciously requested that South American soccer’s governing body, CONMEBOL, award the title to their opponents as a gesture of solidarity. Although the tragic circumstances mean that it’s little more than a footnote, Neto had become a champion from his hospital bed without kicking a ball.[1] 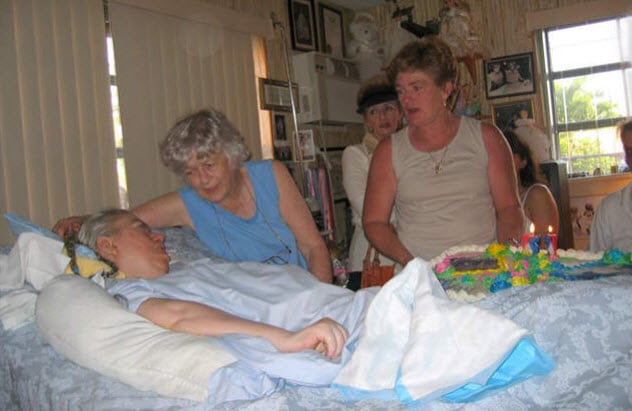 The first was Chicago-born Elaine Esposito, who fell into a coma at age six in August 1941 after undergoing a routine operation to remove her appendix. Despite a bleak diagnosis from doctors, the girl lived a further 37 years, three months, and 20 days. She died as a Guinness World Record holder in November 1978.[2]

Esposito’s record stood for nearly three decades until it was broken by Edwarda O’Bara, who had fallen into a diabetic coma as a high school student in January 1970. A native of Johnstown, Pennsylvania, O’Bara survived both of her parents before dying in November 2012. She had been asleep for 42 years—said to be longer than anyone else in history. 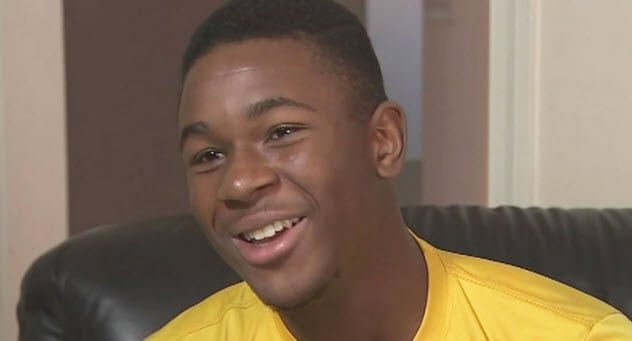 Most of us are already familiar with foreign accent syndrome, a rare condition in which people who have suffered a stroke or brain injury suddenly start speaking in a distinctive cadence belonging to country they’ve never even visited before.

Less easy to wrap your head around are supposed instances of patients awaking from a coma with the ability to converse in a foreign language. It kind of makes sense if the person in question had previously taken classes in, say, Italian, and a brain injury years later had subsequently jolted their subconscious memory. But a complete novice becoming fluent while asleep?

It seems like a stretch, but this is what 16-year-old Georgia native Reuben Nsemoh says happened to him when he came to days after suffering a nasty soccer injury in 2016. Apparently, he began communicating in perfect Spanish over the next few hours, with his new skills slowly waning thereafter.[3] 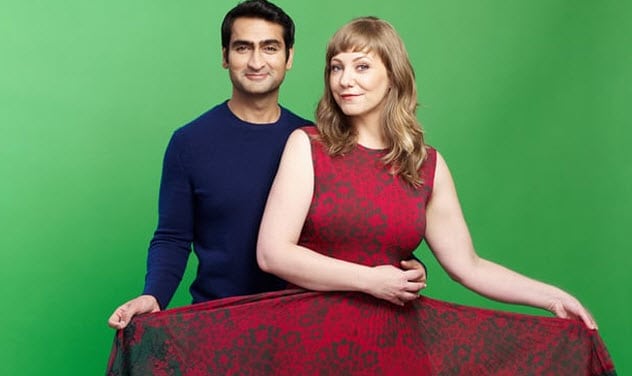 Emily V. Gordon had been dating future husband, Kumail Nanjiani, for eight months when she fell ill in 2007. Placed into a medically induced coma, she was eventually diagnosed with adult-onset Still’s disease and then brought back to consciousness within 12 days.

This brush with tragedy was said to have led both of them to an epiphany. Where they had previously seen their relationship as a casual romance of the kind that fizzles out within a few months, they were now deeply in love. They got married just a few months after Gordon’s recovery.

Based on their experience, the pair provided the script in 2017 for the Michael Showalter–directed romantic comedy The Big Sick, in which Nanjiani stars as himself. As well as exploring the effect of the coma on the couple’s relationship, the movie also takes a frank look at interracial dating in the US.[4]

6 Was Granted A Jewish Divorce 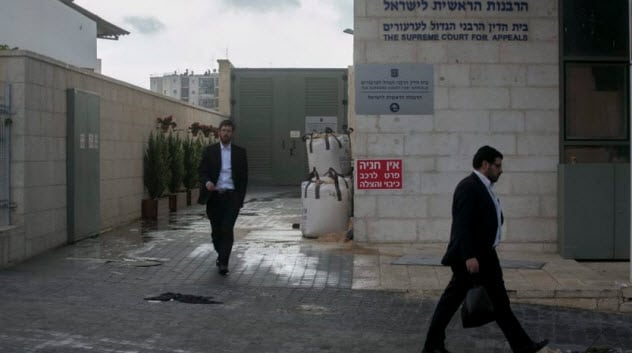 In 2014, an unidentified Israeli woman filed for divorce from her husband, who had fallen into a coma in 2007 after a motorcycle accident. Although Judaism mandates that the husband must formally agree to any legal separation, she was eventually granted her wish by a rabbinical court in Safed.

What followed was years of legal wrangling, culminating in a showdown at Israel’s High Court of Justice. There, Chief Rabbi Yitzhak Yosef saw his attempts to overrule Safed’s original ruling shot down. “It is unacceptable that a divorce given by a rabbinical court, equivalent to a ruling in a civil court, can be retroactively annulled,” the judges said in closing.

The woman was left free to remarry. Meanwhile, her husband, still in a coma, had become the first Jewish man to divorce his spouse in a state of unconsciousness.[5] 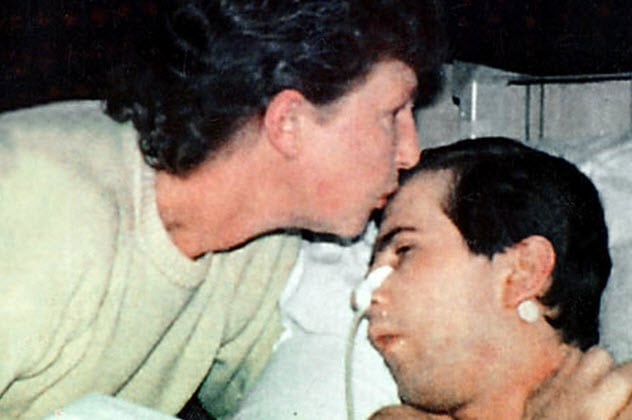 In April 1989, it was English soccer’s turn to mourn when 96 Liverpool fans were killed as a result of negligent policing at an FA Cup semi-final against Nottingham Forest at Sheffield’s Hillsborough Stadium.

Of those 96 victims, 94 died on the day of the disaster itself. Lee Nicol, one of those to survive the night, died in the hospital less than a week later. The final victim, 18-year-old Tony Bland, lived almost four years in a persistent vegetative state.

Upon learning that their son had no chance at recovery, Bland’s parents launched a legal action for the right of the hospital to withdraw life support. In turn, a fierce national debate about the right to die was waged between dogmatic pro-lifers on the one side and euthanasia advocates on the other.

When courts rejected the family’s pleas, the case was referred to England’s appeals court and eventually the House of Lords before doctors were finally given permission to lawfully remove Bland’s life-sustaining feeding tube. It was the first time that an English court had ever ruled that “to discontinue treatment would be in accordance with good medical practice.”[6]

4 Became Convinced He Was Matthew McConaughey

Man Woke Up Believing He Was Matthew McConaughey | This Morning

We’ve all fantasized at some point about what it would be like to live the life of one of Hollywood’s leading men or women. However, British man Rory Curtis took it a bit too far in 2014 when he became convinced that he was, in fact, Matthew McConaughey.

The context here is that Curtis had just come out of a coma following a car crash in which he had suffered a major brain injury. On coming around, he was said to have been shocked when he caught a glimpse of his reflection in the bathroom mirror and didn’t see the star of True Detective staring back at him. Curtis also momentarily developed the ability to speak fluent French despite only briefly studying the language in his early teens.[7]

But the story does have a happy ending. Curtis used his brush with death as a launchpad for a new life. Determined to spend his time doing something he enjoyed, he took up a completely different vocation. (And no, it’s not acting. He became a barber.) 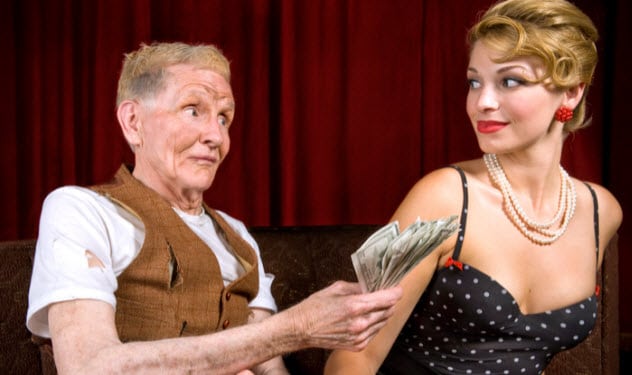 As if understanding the forces that govern the human libido isn’t hard enough already, Swiss man Angelo De Luca decided to throw a spanner in the works in 2010 by waking up from his four-day coma with an insatiable appetite for sex.

According to Australia’s Daily Telegraph, the 81-year-old man had suffered a serious injury after falling out of a plum tree in his garden. Following a major operation, he awakened with the sex drive of a “lustful teenager,” leading to regular visits to the local brothel.

After watching his dad spend about $5,200 of his savings on a young prostitute, his son seized control of his finances and then placed him under strict house arrest. Explaining his decision, the son later claimed, “That woman preyed upon my father like he was a Christmas goose.”[8] 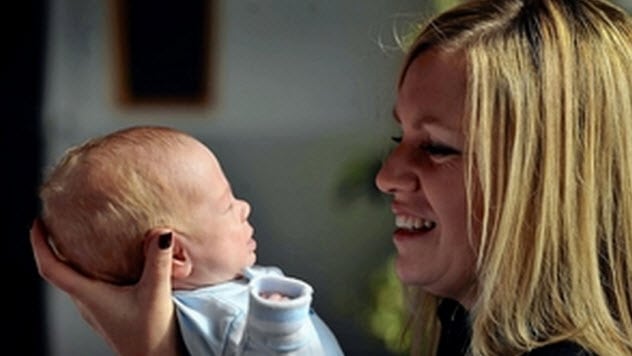 Pregnancy is a stressful condition at the best of times, but it becomes several orders of magnitude more difficult when you contract swine flu three months before your due date. Just ask British woman Valerie Leah.

In 2010, the critically ill mother-to-be was put into a coma by doctors at Tameside General Hospital in Manchester amid fears that her baby may have been at serious risk. When she came around, they placed her newborn son, Oliver, into her grateful arms.

Incredibly, after spending four months under the careful watch of medical professionals, both mother and child were discharged with a clean bill of health. According to the Manchester Evening News, it may have been the first time that an expectant mother contracting swine flu had a happy ending.[9]

As such, it can be said that Leah gave birth while in a coma and saved someone’s life in the process. 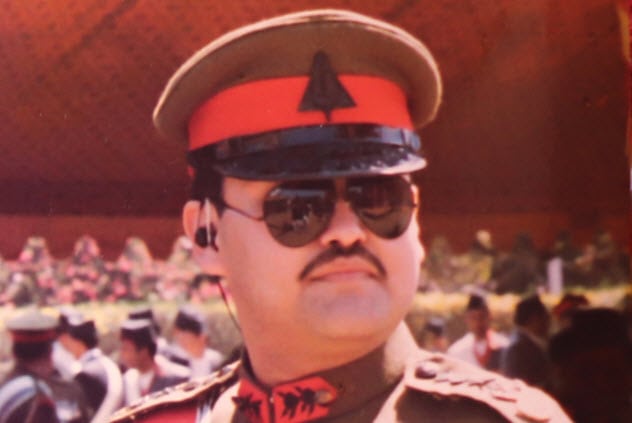 Succession stories were quite an exciting business a few hundred years ago. Kings were regularly killed in the throes of battle, with their crowns then passed to five-year-old children who would abruptly die of a common cold days into their reigns. It almost makes today’s iteration of the British Royal Family look a little bit boring by comparison.

A similarly dangerous story occurred in Nepal in early June 2001. For reasons that still aren’t fully clear, Crown Prince Dipendra Bir Bikram Shah opened fire at the Nepalese royals at Narayanhity Royal Palace. He shot dead 11 people in total, including his parents who had been the king and queen of Nepal.[10]

Satisfied that he had made his point, he then turned the gun on himself. But he botched the final part of his plan. Instead of dying, he ended up in a coma at a local hospital where he remained for a few more days before dying.

Per incontrovertible succession rules, the craziest part is that Dipendra had technically inherited his father’s position as the king of Nepal. For roughly 54 hours (three days), the country was ruled by a mass murderer in a vegetative state.

For more bizarre stories about people who were in comas, check out 10 Amazing Stories Of People Who Woke Up From Comas and Top 10 Celebrities Who Survived a Coma.