History teaches us about ourselves. It tells us what man has done, how his follies have hurt him, and how his virtues and risen him up, and it shows us the path to follow.

Usually, anyway. We can’t really learn anything from history if we don’t get the stories right. Some of the most famous historical stories have little details that are usually left out. Sometimes, these little details change the whole story—and ruin the whole point.

10 The Titanic Had More Lifeboats Than Required 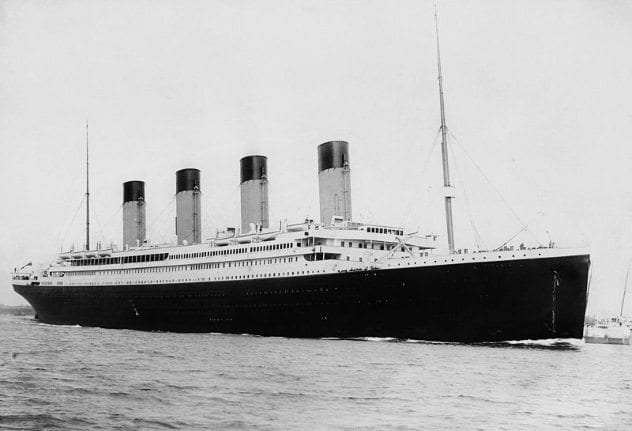 The sinking of the Titanic is a classic fable of the hubris of man. Confident that they’d built an unsinkable ship, the developers only included 20 lifeboats. Their bravado sent hundreds to their deaths.

The thing is, by 1911 standards, the Titanic didn’t skimp on the lifeboats at all. Legally, they were only required to have 16. Those extra four were actually the company being abnormally cautious. Lifeboats were only meant to ferry people to another ship, so they weren’t expected to have enough for everyone.

Obviously, there was a problem with that standard, but that doesn’t mean there wasn’t any logic behind it. After the Titanic sank, the law was changed, and ships were so overloaded with lifeboats and safety gear that they could barely move. One, the Eastland, was so weighed down that it capsized, killing 844 people. 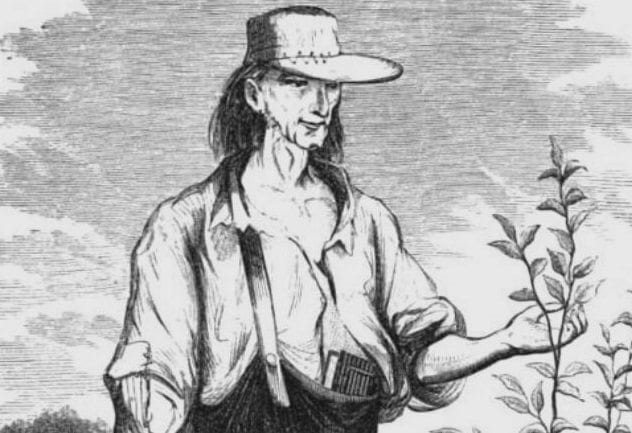 Every American child learns the story of Johnny Appleseed, the US hero who journeyed through the western frontier, planting apple trees so that children could enjoy the sweet flavor of a delicious Granny Smith. Johnny Appleseed was a real person—but he wasn’t planting apples for kids. In fact, the apples he planted were almost entirely inedible.

The real Johnny Appleseed planted sour apples that could only be used for hard, alcoholic apple cider. Early settlers were hard drinkers. Johnny was just trying to help those people get drunk. He didn’t do it for free, either. Johnny ran ahead of settlers planting apple orchards on the land in order to sell the land for profit.

The US government wasn’t as fond of him as its people were. Johnny was promoting cheap and easy alcoholism. When prohibition came into effect, the FBI went out and chopped down every tree Johnny Appleseed planted.

8 Solomon Northup Was Sold Back Into Slavery 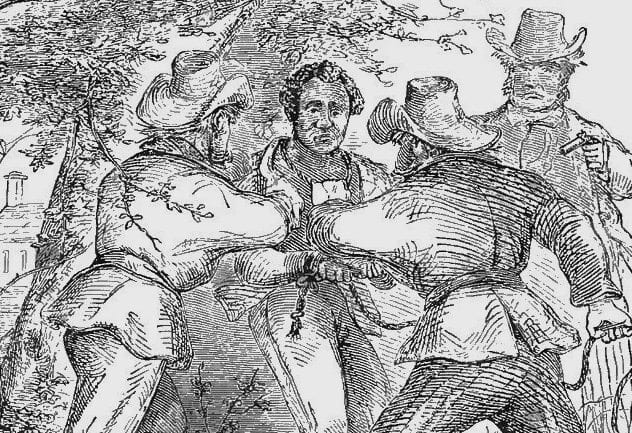 Since 12 Years A Slave hit theaters, Solomon Northup has been a household name. His story of being forced into slavery and his long, hard fight for his freedom are known around the world. More happened after the credits rolled, though. A couple of years after being reunited with his family, Northup went to Boston to deliver a few speeches—and never came back.

No one knows for sure what happened to him, but the popular belief is that a mob of people who didn’t care for the idea of a freed black man giving lectures gathered. They lured him into a trap, grabbed him, and sent right back into slavery. “It is said that Solomon Northup,” the newspapers of the time reported, “has been again decoyed South, and is again a slave.”

7 The Battle of the Alamo Was A Huge Mistake 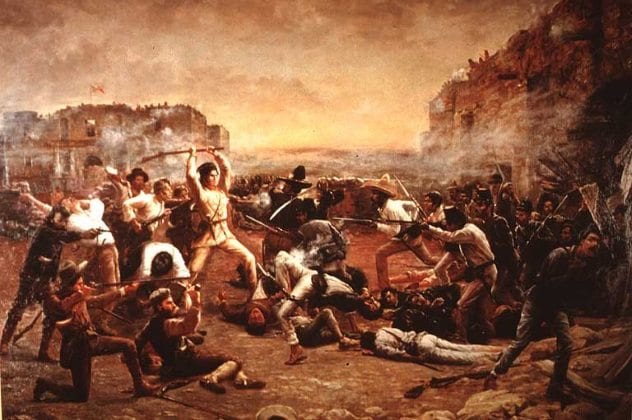 The brave US soldiers who fought and fell to an onslaught of Mexican soldiers is a major moment in US history. It’s a story of heroism, of patriotism, and of men who bravely stood up against a larger army for a greater cause.

Except that it was pretty much pointless. The Alamo wasn’t a key strategic location. US Army commander Sam Houston tried everything he could to convince the people to focus on more important places, telling them that they didn’t have the munitions to win there, but they didn’t listen.

The Alamo helped as a piece of propaganda. Houston spread the words “Remember the Alamo!” as a battle cry that rallied the people to avenge the fallen who’d heroically died behind its walls—but if they’d just listened to Houston in the first place, they never would have died.

6 John Nash Went Off His Meds 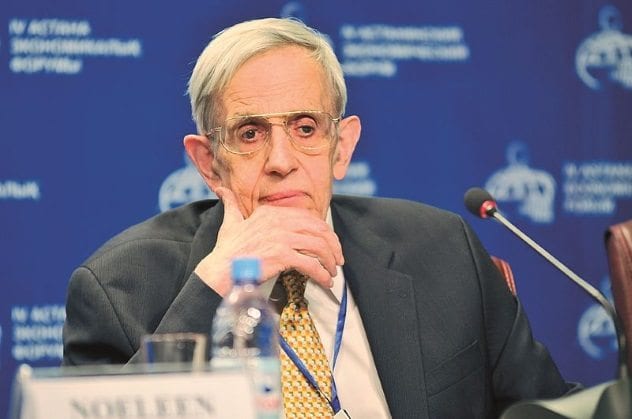 A Beautiful Mind told the heart-wrenching tale of mathematical genius John Nash’s struggle to overcome the symptoms of schizophrenia. In the end, he credits his recovery to two things: the love of his wife and newer medications.

The real John Nash wasn’t happy about that “newer medications” line. He’d handled his schizophrenia in the exact opposite way—by ceasing to take meds entirely. Antipsychotic medication, he felt, blunted his mind. He threw them out in 1970 and never went back on them again.

Nash isn’t the first schizophrenic to convince himself he’d do better off his meds. He’s just a rare case where it actually worked, which is exactly why the screenwriter of A Beautiful Mind fudged that little detail. He didn’t want anyone in the audience following Nash’s bad example and trying to go without their meds.

5 Stephen Hawking May Have Been Beaten By His Wife 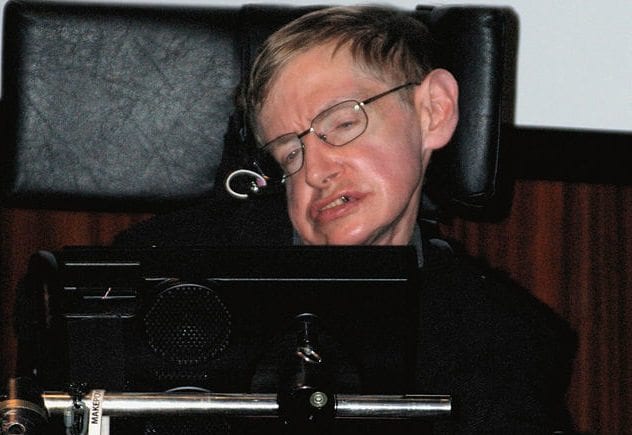 It used to be that people would think about Stephen Hawking without thinking about his sex life—until The Theory of Everything changed all that. That story, though, left out what happened after Hawking’s marriage with Jane Wilde ended—which is a bit less touching.

Hawking married a woman named Elaine Mason in 1995. After five years of matrimony wore their toll, reports started to come out that Hawking was covered in “mysterious injuries,” which he refused to explain. Then he was found with a broken arm and a split lip. He even missed his 60th birthday, which he explained by claiming that he’d “crashed into a wall.”

Eventually, people became worried enough that the police tried to investigate Mason for spousal abuse. Hawking, however, wouldn’t let them do it and refused to press any charges against her, so they never got the chance to find out for sure. 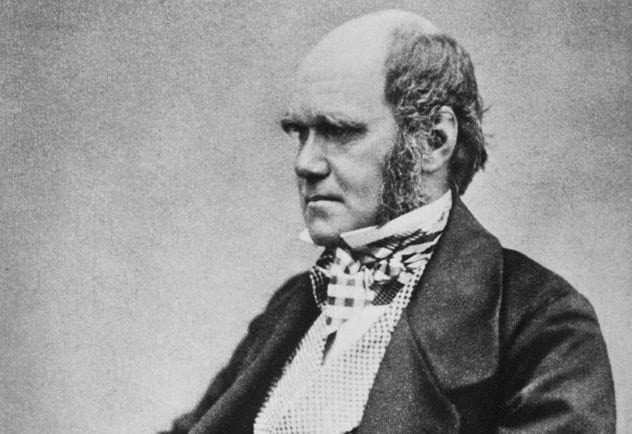 Darwin’s trip to the Galapagos Islands changed the way we see the world. Because of his work there, he’s become a symbol of the scientific method—a fastidious, dedicated man who tested his theories through rigorous and systematic scrutiny. It helps that we usually leave out the part where Darwin tried to ride a tortoise.

When Darwin saw the massive Galapagos tortoises, some weighing as much as 270 kilograms (600 lb) and stretching 1.4 meters (4.5 ft) across, he knew what he had to do: see if he could ride them. The father of evolution hopped onto a tortoise’s back and tried to make it giddyup, rapping on the back of the shell to make it go.

The tortoise kept throwing him off, though, so Darwin just ate them instead, until they were an endangered species. Thus, the father of evolution provided a great example of his own principle: If the Galapagos tortoises had just let him ride them like ponies, they wouldn’t be on the brink of extinction today. 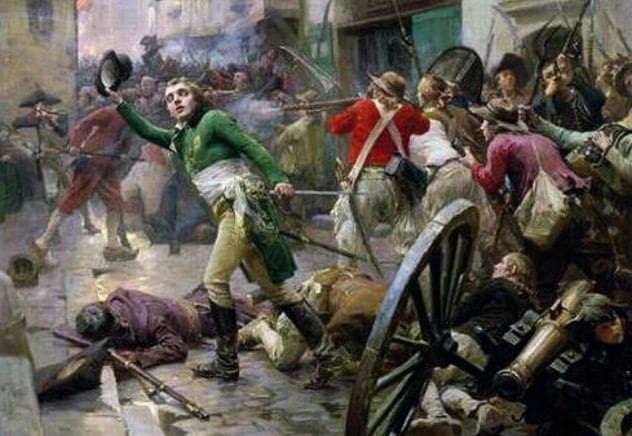 When the French revolutionaries rose up against the aristocracy in the name of liberty, fraternity, and equality, it got bloody. The mass slaughter of royalty under the blade of the guillotine is pretty well-known, but we usually envision the revolutionaries picking on the ruling class. As it turns out, they actually killed more peasants than aristocrats.

A huge chuck of those deaths came from Vendee, where the people weren’t particularly thrilled about the revolution. They revolted against the new French government—and were beaten back by the French army. Before marching on Vendee, a French general asked the government to “pronounce in advance on the fate of the women and children” and was told to slaughter every one. The response read, “Exterminate the brigands to the last man.”

They did just that. Afterward, another general boasted that he “trampled children under horses’ feet and massacred women.” He told Paris, “I have no prisoners to worry about. I have exterminated everything.” 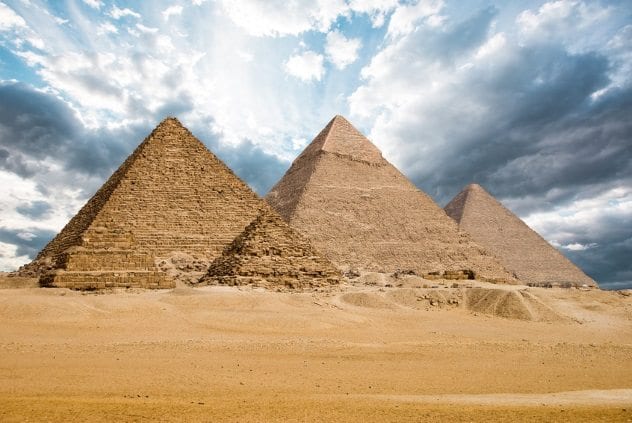 Every film we see about Egypt shows slaves building the pyramids, struggling through whippings and pain, moving the great blocks of the tombs of selfish kings into place. These images are reminders of how the Jews suffered in slavery and symbols of how one powerful man can put his vanity above the lives of countless others.

Except it turns out that the pyramids weren’t built by Jewish slaves. They weren’t built by slaves at all; they were built by paid laborers working in three-month shifts, who even had health care plans. Archaeologists have even found Egyptian construction workers buried inside the pyramids with jars of beer and bread, so they can still get drunk and chow down on carbs in the afterlife. 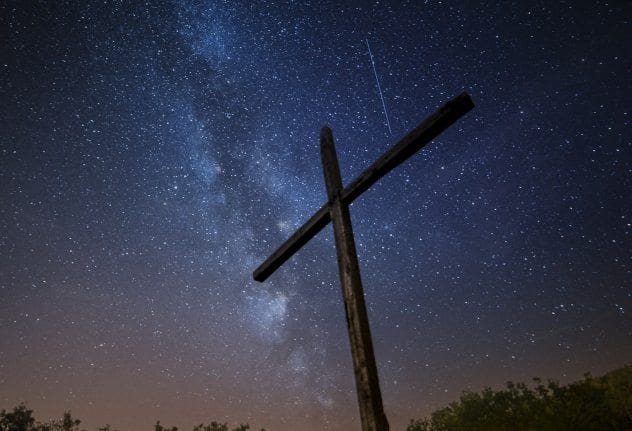 The Catholic Church gets a bad rap. We usually picture them as people who insisted the world was flat and fought against all scientific progress. They are, after all, the people who locked Galileo up in house arrest. According to Berkeley University, though, from the Middle Ages to the Enlightenment, the Roman Catholic Church actually gave more financial aid to astronomy than any other institution.

Their cathedrals were often built to work as solar observatories and were the best at the time. With that little painful exception of Galileo, most of the important figures in science were Catholic. Isaac Newton was devout, and Nicholas Copernicus, who first placed the Sun at the center of the universe, was a cleric.

It doesn’t stop there. Gregor Mendel, the founder of genetics, was an abbot. Georges Lemaitre, who proposed the expansion of the Universe, was an ordained priest. The list goes on.