The school system is a bastion of education and enlightenment, a fortress of higher learning where our children can safely discover the facts about the way our world works. Through this system we have the opportunity to grow and mature into responsible adults, secure in our knowledge of history, science, and mathematics.

Except, of course, for all the ridiculously irresponsible lies we’re being fed. Here are ten of the biggest lies taught to us in school. 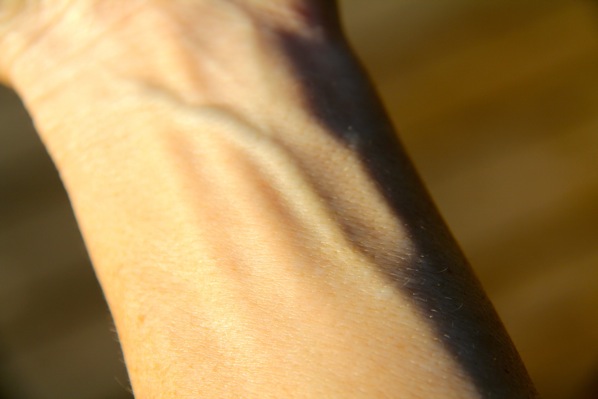 If you look closely at the inside of your wrist, you’ll probably see a small network of blue veins running up into your hand. Despite what they might teach you in elementary school, that’s not blue blood running through there. The myth is that deoxygenated blood is blue, while blood leaving the heart is red because it’s been filled with fresh oxygen. When you bleed, the blood is immediately red because it’s exposed to oxygen in the air.

But if you’ve ever given blood or had blood taken at the doctor’s office, you’ll know that it’s not some alien blue liquid filling up that sealed tube—it’s, well, it’s blood. The reason your veins look blue is a simple trick of the light, and the way your eyes perceive colors. When light filters through the layers of skin, the low frequency wavelengths (like red) are refracted by pigmentation and thin fat layers, leaving mostly blue light to reflect back to your eyes. An albino person will usually have red veins because of the lack of pigmentation in their skin.

9
There Were Thirteen Original Colonies In America 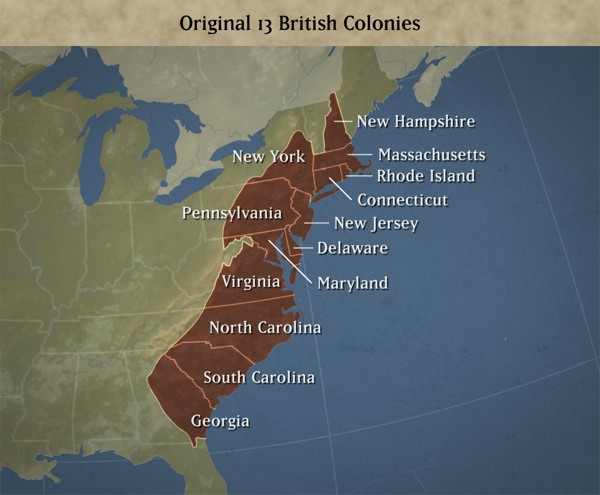 It’s easy to understand why people believe this lie, but it is a lie nonetheless. The American flag has thirteen stripes representing the original thirteen colonies—but really there were only twelve.

That’s because Delaware was never a separate colony. After the British invaded the region and stole it from the Dutch in the 1660s, the Delaware territory was juggled between Maryland and Pennsylvania. Eventually it ended up under the ownership of William Penn—the guy who also owned Pennsylvania—and it remained a part of Pennsylvania until the Revolutionary War. In fact, it wasn’t even called Delaware—it was just known as “The Three Lower Counties.” 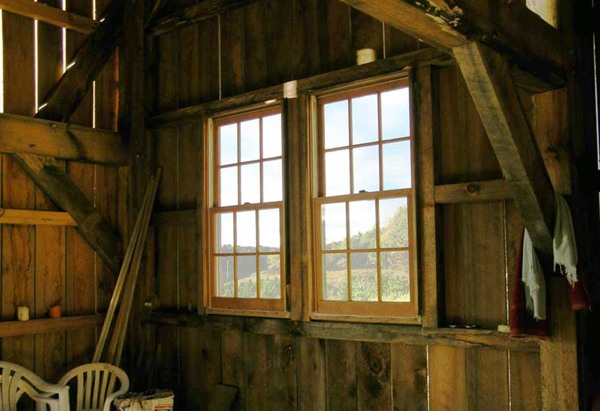 The myth: old windowpanes are thicker at the bottom because glass is a slow moving liquid.

At some point in time, a historian looked at an ancient windowpane and noticed something unusual: the glass was thicker at the bottom than at the top. Since there was no other way to account for it, he came to the conclusion that glass was an extremely slow moving liquid that settled over the years, resulting in thin, brittle glass at the top that gradually thickened towards the bottom edge of the windowpane.

And then everybody believed him. The myth spread until even college professors were teaching it in their classes, since even scientists don’t understand science sometimes. But one researcher recently decided to test the viscosity (rate of flow) of glass, and came to the result that even the least viscous type of glass wouldn’t change much before 10^32 years—about three times the length of the existence of the universe. Though why we should believe him more than the first scientist is a bit of a mystery—effectively they are both making it up.

The real reason antique glass windows are bottom-heavy goes back to the way they were made in the Middle Ages. Window-makers would blow glass into a large sphere, then flatten it into a disk by spinning it. The spinning motion caused the edges of the disk to thicken, much like spinning a pizza dough. And when they cut the disk into windows, they placed the thicker side at the bottom for stability. 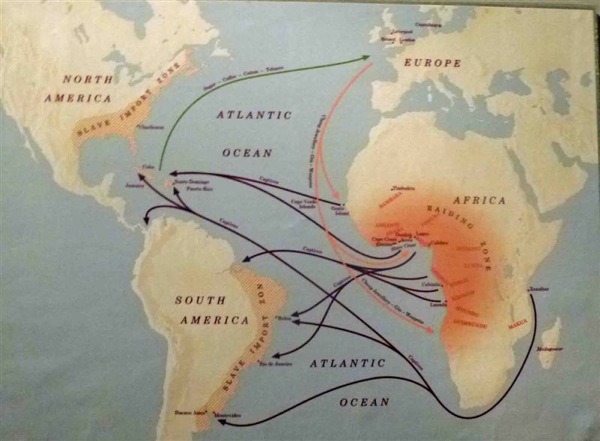 This isn’t meant to trivialize slavery, or pardon any of the people who took part in it, or condone it in any way. But let’s face it: most Americans are under the impression that colonial-era slavery got its start with white people sailing over to Africa, kidnapping hundreds of thousands of people, and bringing them back to Europe and America in chains.

Parts of that are true. There were a lot of chains, and many Africans were certainly kidnapped. But despite the picture painted by many history textbooks, the majority of those slaves were actually sold to Europeans by other African slave traders—slave traders who had been operating on the continent for thousands of years. Slavery is nothing new to the world; it was actually pretty normal around that time. In fact, Egyptians were using Caucasian slaves in their armies during the thirteenth century. Heck, even the Bible endorsed the practice!

As far as the Atlantic Slave Trade was concerned, in-country African slaves were typically members of a defeated tribe. But as soon as slave traders realized that Europeans would pay for their slaves, they actively began kidnapping people just to sell them on the Nigerian coast.

And speaking of lies about slavery… 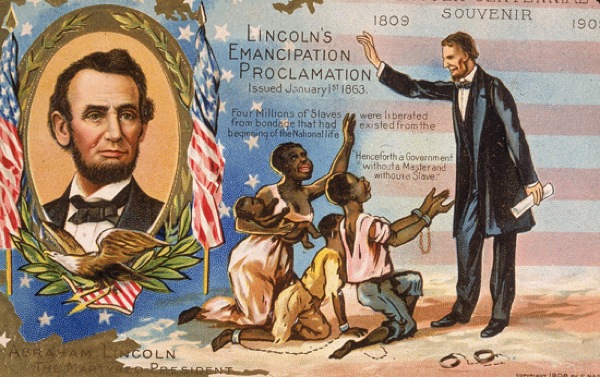 Abraham Lincoln is often put on a pedestal as one of the greatest opponents of slavery for freeing the slaves with his Emancipation Proclamation in 1862. In fact, he struggled with conflicting and ambiguous views on slavery—not to mention sexuality—during his entire Presidential career. He wasn’t a stalwart supporter of abolition; he only wanted to do what would make the Union stronger (remember, this was a time when the Confederate states had split from the Union and were at war).

The Emancipation Proclamation didn’t really touch on racial equality or human rights. It was a wartime decision: “as a fit and necessary military measure. . . . All persons held as slaves in the Confederate states will thenceforward . . . be free.” In other words: only the enemy’s slaves were freed. Hooray to the great emancipator!

5
Diamonds Are Made from Coal 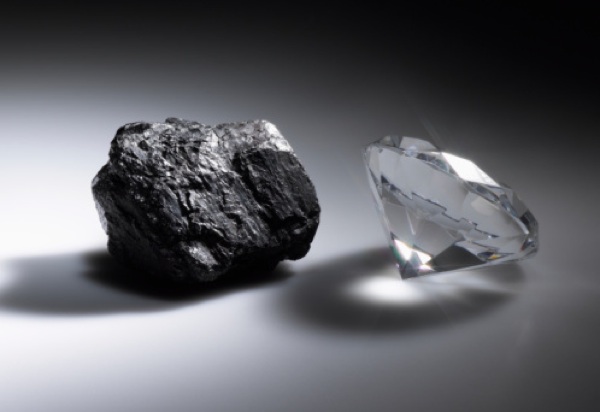 If you believe that diamonds are made from highly compressed coal, don’t worry—so does everyone else. But it’s completely false: diamonds are found in vertical shafts filled with rocks formed by volcanoes, while coal is mainly found among other types of rocks—like limestone and shale.

Coal is almost never found in the same type of environment as diamonds. Coal is formed near the surface from plant matter, while diamonds are formed in the Earth’s mantle—over ninety miles (145 km) closer to the core—and then carried up to the crust during volcanic eruptions.

It’s true that diamonds are formed from carbon by intense heat—2,000 degrees Fahrenheit (1,100 degrees Celcius)—and high pressure, but it’s unlikely that the carbon comes from coal. So while the idea of a lump of coal becoming a beautiful diamond makes a pretty picture, it’s still one big spoonful of lies.

On the other hand, modern science can pretty much turn anything into a diamond in the lab: even the corpse of your recently deceased loved one. Aww.

4
The Founding Fathers Were All Christian 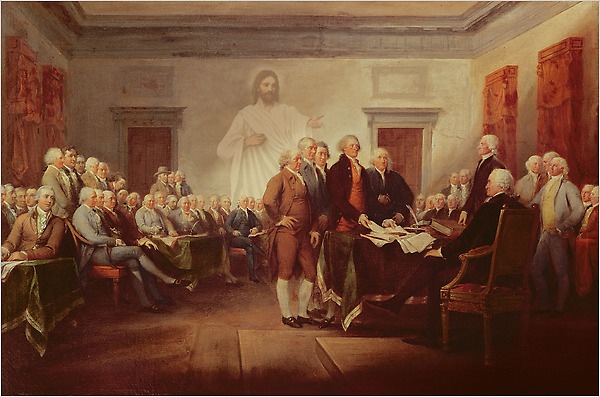 One of the prevailing myths taught in history classes is that the Founding Fathers of America were all Christian. The Declaration of Independence talks about God; the pledge of allegiance (which, incidentally, wasn’t even created until more than a century later) uses the words “under God”; and it all sort of jumbles together into the idea that Washington and crew were Bible-thumping Christian men.

Well, they weren’t. For starters, Thomas Jefferson and Benjamin Franklin were both believed to be deists, who don’t follow the Bible explicitly but assume there’s a “god” because nature is so great. George Washington most likely followed pantheism, which is the belief that nature is god. John Adams was a Unitarian, an offshoot of Christianity that believes Jesus was a great guy, but not God’s Son. Alexander Hamilton was a typical Christian—but only later in life, after his son was killed.

3
Van Gogh Cut Off His Own Ear 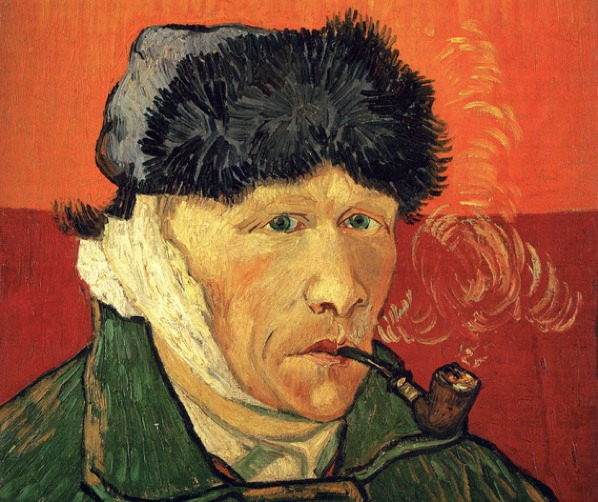 If you ask a random person to describe Vincent van Gogh, they’re more than likely to tell you he cut off his ear and mailed it to his girlfriend. None of that ever happened—but the truth is probably even more gruesome.

The new theory on van Gogh’s ear is that it was sliced off by his fellow painter Paul Gauguin during a fight. After looking through old records and letters from van Gogh, historian Hans Kaufmann believes that the two painters got into a scuffle, during which van Gogh threw a wine glass at his friend. Gauguin responded by unsheathing his sword—as you do—and sliced off van Gogh’s ear; he then made up the entire story of van Gogh going mad so that he wouldn’t be arrested.

There was obviously a rash of it going around because the homosexual lovers Arthur Rimbaud and Paul Verlaine got into a similar scuffle. In their case Rimbaud stabbed Verlaine in the hand with a fork—under the influence of absinthe—and then proceeded to get a rather painful reprimand in the behind, which landed Verlaine in the clink. 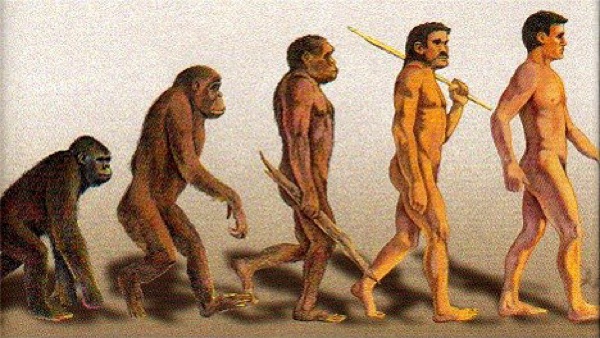 In this scenario Christians have it right—but not the way they think. Early classes on evolution usually leave one basic impression: humans evolved from apes. Go to a zoo, and you can watch your genetic ancestors frolicking and flinging poop at each other.

But that’s not the way it happened. After all, evolution works by eliminating the inferior species while the stronger, better-adapted ones thrive. If that had happened then there wouldn’t be any apes left, because we would have outcompeted them. The more likely theory is that humans and the great apes—chimpanzees, gorillas, and orangutans—started with a common ancestor, and then evolved in separate directions over the years. Specifically: four, eight, and twelve million years ago, respectively.

And it’s still happening—in the animal kingdom, at least. Researchers believe that less than one million years ago the eastern and western gorillas parted evolutionary ways, and are now developing in different directions.

1
Thanksgiving (All of It) 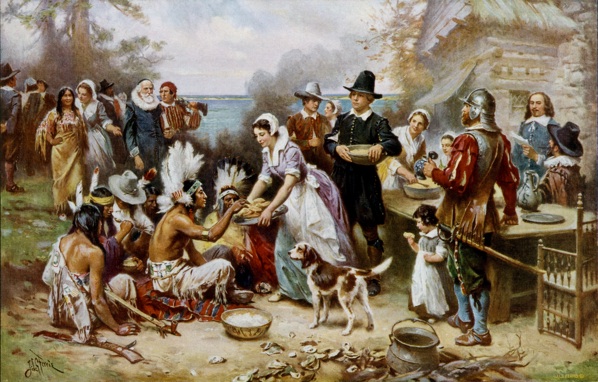 Here’s the lie: Pilgrims on the Mayflower arrived at Plymouth Rock in 1620. Unprepared for the harsh winter, they were saved by the friendly natives, who gave them food and taught them how to plant corn. The following autumn, on their first harvest in the New World, they had a feast to commemorate the hardships they had survived, and Pilgrim and Indian (sorry, Native Americans) joined hands in celebration.

The real story is a touch more cruel, murderous, and genocidal. Three years before the Pilgrims arrived, European fisherman and settlers had introduced a plague that had swept through the tribes of coastal New England and wiped out nearly ninety-six percent of the entire population. There were reportedly so many bodies that settlers would leave the towns rather than deal with them—only to introduce the bug to the next tribe they encountered. One report from a man named Howard Simpson stated, “Villages lay in ruins because there was no one to tend them. The ground was strewn with the skulls and the bones of thousands of Indians who had died and none was left to bury them.”

There’s also evidence that the Pilgrims already knew about the plague, and so chose Cape Cod because they knew that the Indians had already been wiped out, leaving cleared lands and corn fields ripe for the taking. Even worse, the Pilgrims would steal food and tools from any Indians left alive, who were too weak to fight back. But the settlers in Virginia were actually eating the Indians, so I guess the Pilgrims weren’t that bad by comparison. Yes, I did say eating them.