Fast food restaurants have shown time and time again that their marketing brilliance and consistent product quality can lead to billions of dollars. But, from time to time, even these giants can fail under the weight of their own superiority. Below are ten such cases—tales of our favorite takeaway joints battling to recover from disastrous marketing plans. 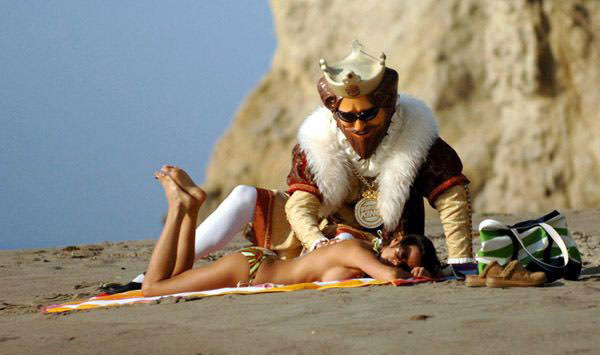 We all know Ronald McDonald and his pals, enticing kids for decades to eat at McDonald’s, get a toy with their meal, and later qualify for quadruple bypass surgery. Since its inception in the early 1970s, McDonaldland has expanded and contracted numerous times, but has always proven popular. But for a while, Ronald, the Hamburglar, and the Early Bird were battling the threat from the rival fast food franchise wonderland, the Burger King kingdom.

McDonaldland started in 1971, and quickly grew popular with children. Wanting to cash in, Burger King went with the idea, but instead made it a Kingdom. The Burger King Kingdom was launched in 1976 with a whole array of characters. Standing in for Ronald McDonald was the Burger King—the ruler of the kingdom who had magical powers. Supporting characters included a Duke who doubted the King’s powers, a robot wizard who made French fries, and Sir Shake-a-lot, a knight with armor made from Burger King Cups.

While both restaurant’s lands were heavily based on kids shows such as H.R. Pufnstuf, McDonald’s had already gotten a majority of kids on their side by the time the Kingdom came out. Add to that the fact that McDonald’s was and still is the number one fast food chain in the world. The King never really stood much of a chance against Ronald and his super marketing scheme. And the creepy commercials probably didn’t help the much either.

Fortunately for children everywhere, the Kingdom capitulated in 1980, and went on to slightly less creepy marketing ideas. However, in 2003 the King came back to Burger King advertisements (although these were not directly marketed to kids) and reminded those who he traumatized in the ’70s that he was back. He is still in advertisements today, freaking out a new generation.

For the 1984 Olympics McDonald’s came up with a brilliant idea. They would give a Big Mac, fries or a coke for each time the US won a gold, silver or bronze medal. By assigning the prizes to events that the Soviet Union was dominant in, McDonald’s figured they had a lock on giving out no—or few—prizes.

But fate had another plan in mind. Because of the US—and other country’s—boycott of the 1980 Olympics in Moscow due to the invasion of Afghanistan, the Soviet Union (and other Eastern-Bloc countries) decided to boycott the 1984 Olympics. With all the Eastern talent out, the US went on to win medals in events they would normally have no hope in hell of winning. This meant McDonald’s, who had put the scratch-off cards for mostly Soviet-dominated sports, now had to give out millions of dollars of free food—leading to shortages at many McDonald’s locations. 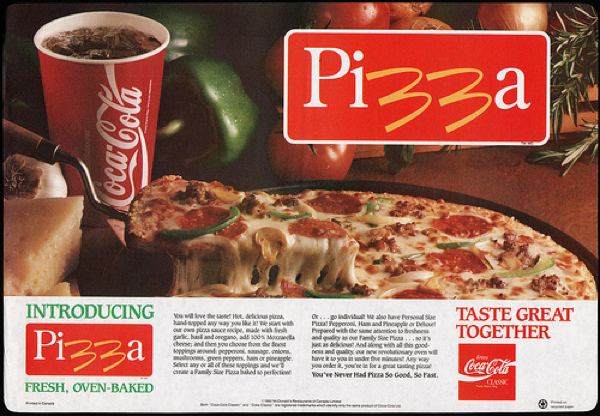 In the late 1980s, McDonald’s wanted to come up with a dinner menu to appeal to those who wanted to eat three meals a day there. So they came up with a line of Italian meals. In addition to foods such as lasagna and spaghetti, they created the McPizza, outfitting many of their restaurants with expensive pizza ovens.

However, McDonald’s failed to do research. The set sale times for each menu item proved to be their downfall—many things were only available after 4pm. Furthermore, food that needed to be cooked longer led to huge waiting times—canceling out the fast in fast food. With so many problems, the McPizza and friends were gone by the early ’90s. 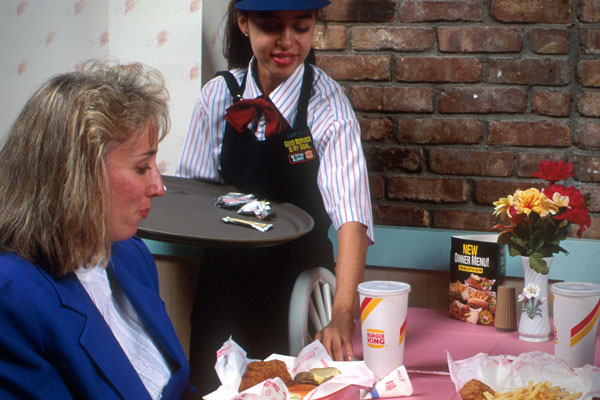 In an attempt to draw more customers, Burger King did two things that almost led it to bankruptcy in the 1990s: They introduced an MTV style ad campaign and they made their restaurants sit down style after a certain hour. This new classy set up simply didn’t appeal to the majority of its customers who just wanted a quick meal.

In trying to class up Burger King by putting table cloths on the plastic tables, introducing waiters, and offering popcorn as an appetizer, Burger King scared a lot of people away. Despite being initially popular with some singles, it was discontinued in 1993. Burger King needs to learn from their failed fast food ideas – copying the competition doesn’t work! 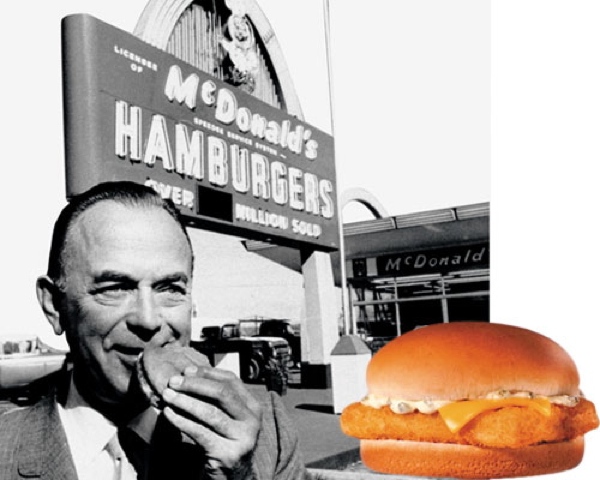 Ray Kroc, the founder of McDonald’s, had a problem in the early 1960s. Many of his restaurants were struggling on Fridays due to Catholic fasting rules. The Solution? Introduce a burger with pineapple substituting meat.

Many people did not find this appetizing, especially when the Church had popular Friday fish fries at the time. When a Cincinnati McDonald’s owner claimed that his burger, with fish in it, was better, it was on. Nationwide, more and more McDonald’s began introducing the Fish Filet, with most people switching over from the pineapple. The Hula burger was dropped less than a year later.

The McDLT was McDonald’s attempt to make a BLT type sandwich. The plan was to make a sandwich with hot meat but cool vegetables. The delivery method was a large Styrofoam container containing the hot meat on one side, and the cool tomatoes and lettuce on the other. It was considered such an innovation that McDonald’s even patented the thing, expecting a lot of copy-cats.

However, even after a huge marketing campaign with a singing pre-Seinfeld George Costanza, the McDLT failed because of the complaints received about the Styrofoam container—and the fact that the whole concept was ridiculous anyway. The product was axed soon after its debut. 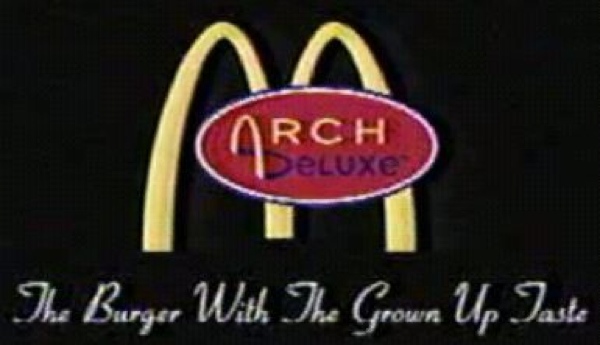 In 1996, in an attempt to target older Americans who avoided McDonald’s due to its child-friendly policy, McDonald’s tried to create products that would appeal to older adults. In a 300 million dollar marketing campaign, they introduced Deluxe menu items, including the Arch Deluxe, along with the oddly frightening masco Mac Tonight.

When studies came in showing that the whole line was tanking, McDonald’s introduced a creepy ad campaign which included a coupon for a free Arch Deluxe over a child’s mouth and commercials of Ronald McDonald dancing at a night club. This did little to win over any demographic, and by 1997, the Deluxe line was out. 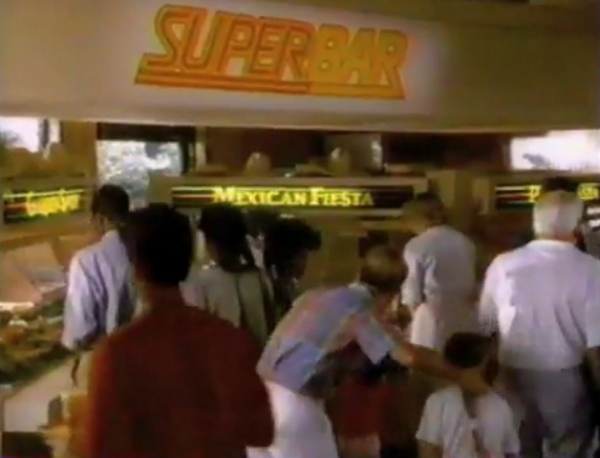 Beginning in 1988, Wendy’s introduced not one, not two, but three different buffet bars in all its restaurants. With Salad, Italian, and Mexican offerings, Wendy’s tried to attract a new demographic. And, to everyone’s amazement, the idea actually worked, with people flocking to take advantage of it.

After its early popularity, however, problems arose. Having three distinct food selections near one another does not bode well for appetites. Furthermore, the staff had to put a lot in a lot of extra effort managing the buffets which led to dramatically increased waiting times for customers. By 1998, the superbar was gone. 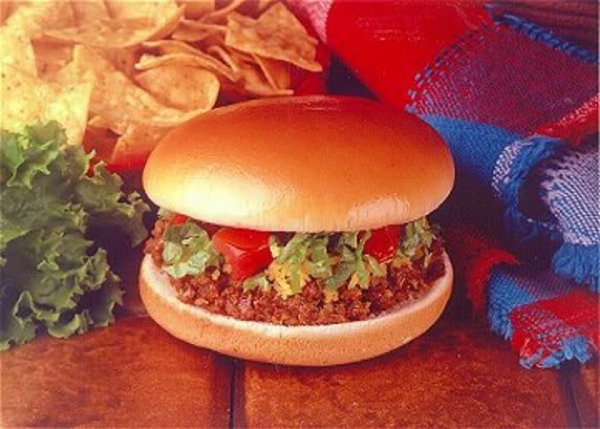 From the 1970s to the 1980s, Taco Bell offered the Bell Beefer—think taco meat inside a hamburger bun. The Bell Beefer was actually well received despite its appearance. That is until health officials took one look at the thing and found low health value in it—even by Taco Bell standards. Also, the sandwich had a hard time staying together due to the ingredients. Needless to say, that lead to a number of complaints. With the problems piling up, Taco Bell got rid of it.

The Taco Bell Chihuahua was introduced in advertising in 1997, and quickly proved popular with the audiences. But soon, it was seen as a stereotype of Mexicans and revenue began to drop. Because of the overt offensiveness of the adverts, many Hispanics were avoiding the restaurant. This was enough to cause the loss of income despite the campaign being popular with many other ethnic groups.

It all ended in 2000 because Hispanic advocacy groups lobbied to kill the offensive character. Three years later Taco Bell was sued by the original creators of the character who had not seen a penny for his hard work. The jury awarded them forty-two million dollars.

Evan V. Symon is a moderator at Cracked.com, whose work can be viewed href=”http://www.cracked.com/members/Vercetti44/”>here