Food and drink is necessary to our survival. With that in mind, if you have a weak stomach you may want to skip this one because we’re about to show you ten examples of disgusting things people got away with doing to the things we put in our mouths. 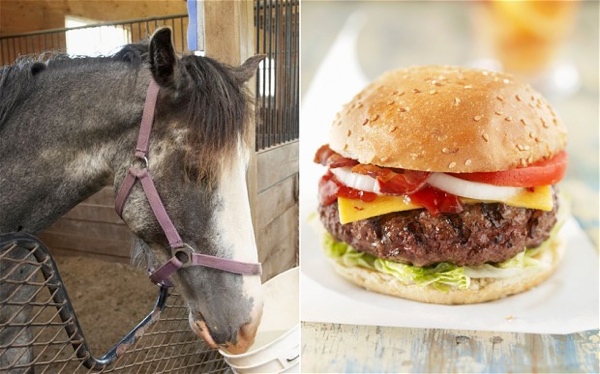 There’s nothing wrong with eating horse meat: it’s disgusting, sure, but it’s also a very lean and nutritious meat. But if you were to buy something that advertised itself as “beef” and found that you were actually eating scabby ground-up Romanian horses and donkeys—you’d probably flip your lid.

Which is exactly what people in England did when they found out that local supermarkets had been inadvertently stocking products in which horse meat had been used as a substitute for beef. Then again, considering what British people normally eat, they probably got off easy. 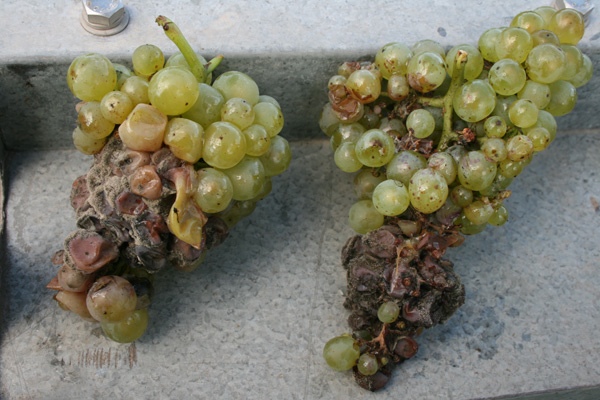 Remember that episode of The Simpsons in which Bart goes and lives in a French vineyard and discovers that the evil Frenchmen who live there are lacing their wine with anti-freeze? Well, it was based on a true story—in Austria.

By lacing the wine with diethylene glycol (a common ingredient in anti-freeze), wine makers were able to make up for a poor growing season of sub-par grapes, since seasoned wine lovers apparently preferred the taste of poison to sour grapes. Though no deaths were reported, the wine industry in the area was crippled—and when government officials poured thousands of gallons of the poison down into the sewers, they killed a bunch of fish in a neighboring town. Proof, if any be necessary, that fish just can’t handle their drink. 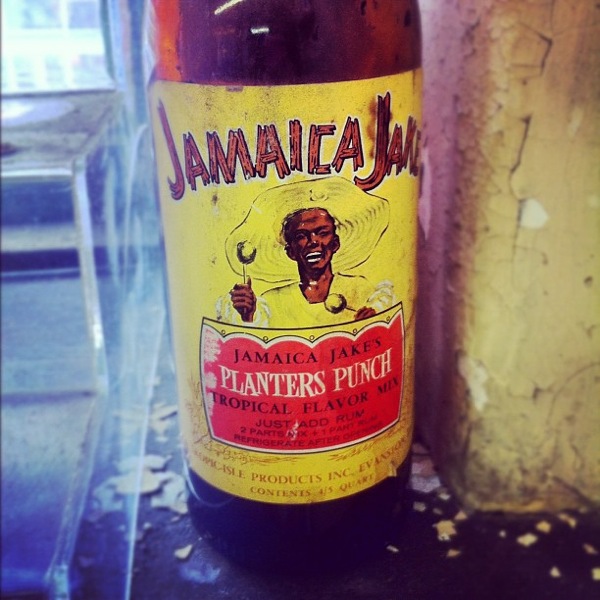 Even during the height of prohibition, people still managed to get drunk, and probably enjoyed it more than if they had been allowed to do so. A popular method of the time was to drink certain alcohol-based medical tonics, diluted with whatever mixer they had on hand.

Jamaica Jake was one such tonic: though marketed as a headache cure, it for some reason had a seventy percent alcohol content. The supplier, in an attempt to keep up with demand and cut costs, laced the tonic with tri-orthocresyl phosphate, which caused paralysis in thousands of people drinking the product. Back in those days, it seems that you didn’t need to test the stuff designed to make people feel better. 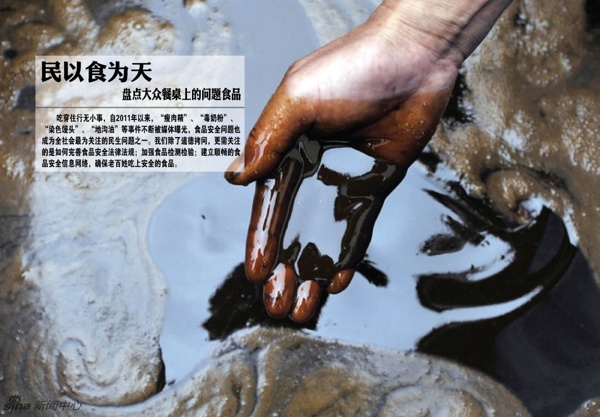 In China, so-called “gutter oil” is exactly what it sounds like: it’s oil that has been scooped out of the gutter or sewer to be reused. Far from being used in shady, back-alley kitchens, the oil has reportedly been found in such unlikely products as antibiotics. The demand for the oil grew so lucrative that some people opted to make it themselves by rendering decomposing animal fat and organs. And they call America the land of opportunity. 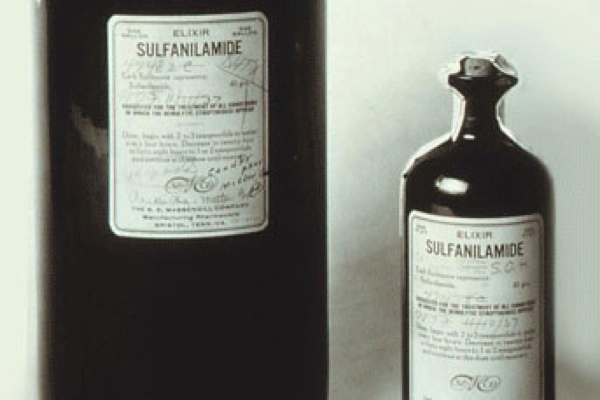 Elixir sulfanilamide was an improperly prepared medicine that poisoned and killed nearly one hundred people. By improperly prepared, we mean that the chemist who made it chocked it full of diethylene glycol, which already sounds pretty damn dangerous if you ask us. But he then crammed in loads of raspberry flavoring, after which the pharmaceutical company said, “yeah, that’ll sell” and put it on shelves.

When people started dying in horrible pain, fingers were pointed—and when asked if he’d accept any culpability for the deaths, the the owner of the company basically said “no.” The chemist who mixed it, on the other hand, committed suicide—which kind of lends itself to the theory that it was perhaps somebody’s fault. 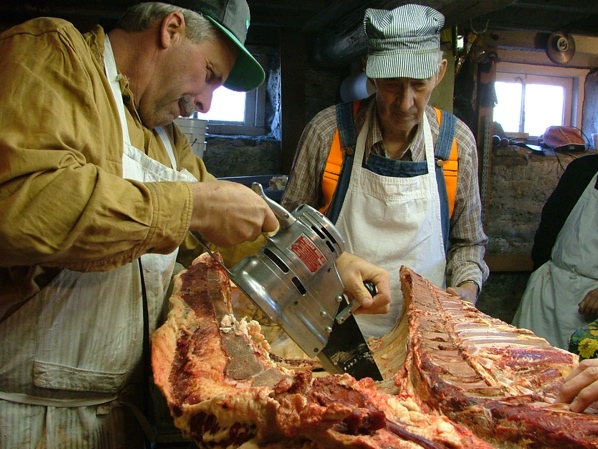 Selling horse under the label of “beef” is one thing—but this next story would be genius if it wasn’t so disgusting. A Swedish company, upon noticing the unusual moistness of their latest beef delivery, decided to test it and discovered that they’d actually been sent pork that had been dyed red to make it look like beef.

Along with the obvious threat of contamination by injecting the meat with chemicals, it’s also worth noting that there’s a significant part of the population that can’t eat pork for religious reasons. Which means that it’s a very real possibility that a less-than-honest company out there may have actually sent someone to hell. Do we even have the ability to prosecute someone for that? 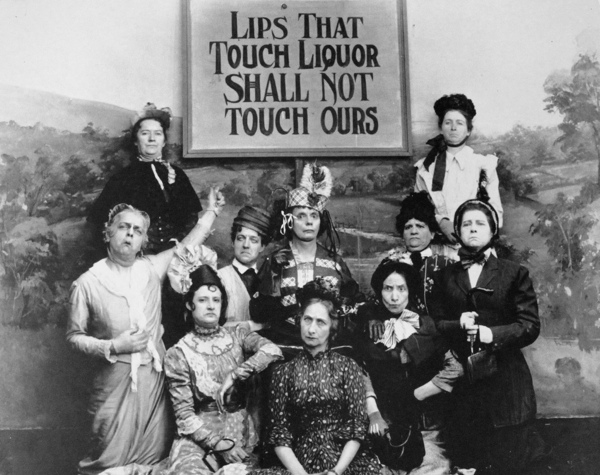 Though people were able to get nice and drunk during prohibition, it’s important to note that the government didn’t want them to. Which is presumably why they allegedly poisoned the hell out of as much alcohol as they could lay their hands on.

Known as the “chemist’s war of prohibition,” the era reportedly saw alcohol laced with everything from kerosene to mercury—an act which is said to have led to the deaths of around ten thousand people. People back then didn’t have an addiction to alcohol—they had a commitment to it. 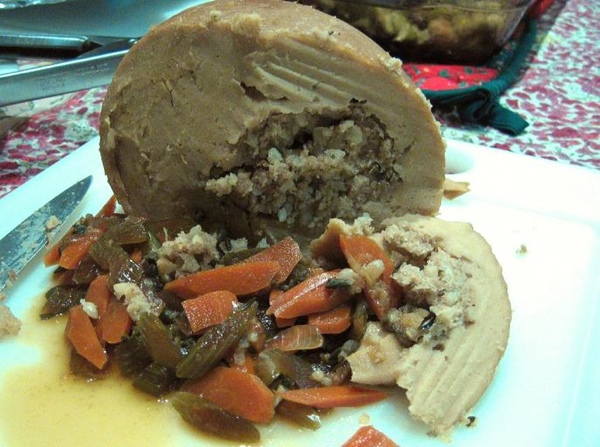 Rotting meat is probably one of the most off-putting things under the sun. But it seems that where some people see disease, other people see dollar signs.

The story goes that in Britain, just after an outbreak of foot and mouth disease, gangs bought up thousands upon thousands of diseased carcasses on the cheap. Then they simply cut off the nasty bits (like cancerous growths and weeping abscesses)—and as soon as they had reasonably acceptable-looking cuts of meat, they’d dip them in salt and bleach, then sell them on. The buyer is unknown, but Ronald McDonald sure does look pretty pleased with himself lately. 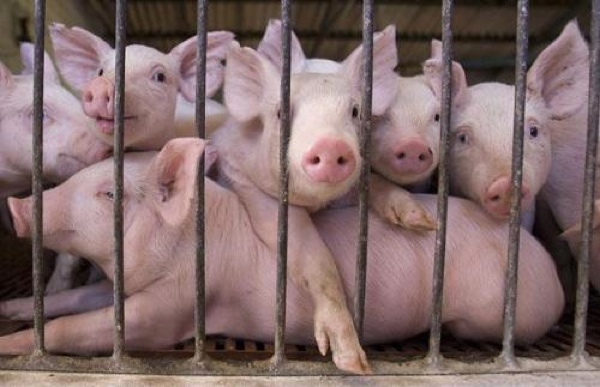 Lean meat powder is a banned chemical used in animal raising that you probably shouldn’t consume, mainly because it makes people violently ill when they eat the meat of whatever animal on which it was used.

In China (where else?) it was noted that hundreds of pigs were contaminated with this substance, which could have been incredibly dangerous for anyone consuming it. Especially if that person decided to order pork soup from a particularly cheap, gutter-oil-buying restaurant. Then again, that’s not the worst thing they’ve done to food in China—not by a long shot: 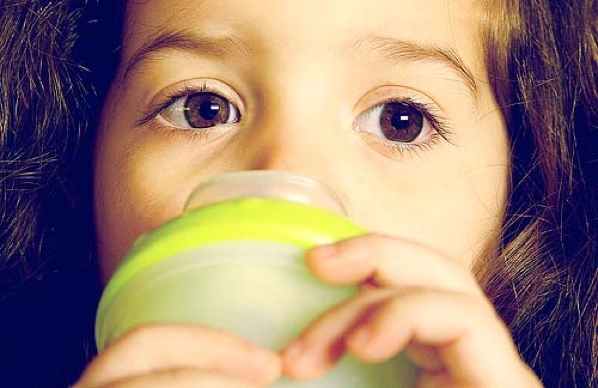 The stuff we shove down the throats of babies is very heavily regulated, because people like babies and generally don’t want them to die. Which is why this story of contaminated milk powder is China is particularly harrowing.

Thought it’s not clear if the melamine present in the powder was included deliberately, what is certain is that the company selling it knew months beforehand but decided not to tell anyone. Thousands of babies were affected; somebody had refused to think of the children.