Government doesn’t always know what its people want, much less what they need. Other forms of government don’t care either way, but the US is supposed to be a shining example of liberty and democracy, and everything “our forefathers envisioned.” Unfortunately the US has failed in many ways to live up to those expectations, but perhaps it’s because those expectations don’t really apply to the US That set of expectations, as it turns out, is the US Constitution. Perhaps, given what we know now, it’s about time we draft up a new one, one that actually applies to us and the times we live in. Here are ten reasons why. 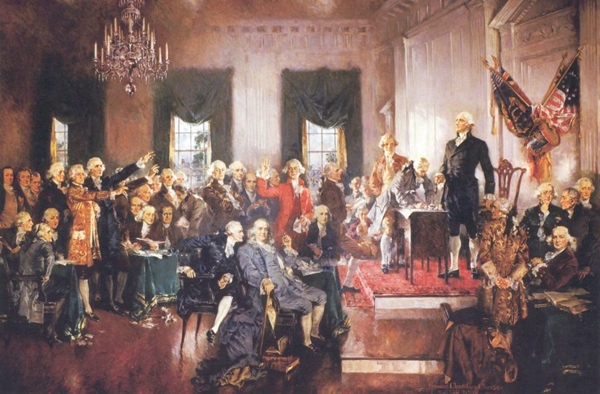 To be fair, so is the majority of today’s policy-makers. And that is exactly the complaint of anyone who feels inadequately represented by their government. You can’t argue with the facts of the matter: 51% of the country is female, compared to the roughly 90% in government who are male; 87% of Congress, 85% of the House, 96% of the Senate are white; the median age of congress is 53; 6% of the country are lawyers, compared to the 45% in Congress. While this has largely gone unchanged, in 200+ years time, and apparently not since the formative years of the country (judging by the zero women/non-slave black people in any congressional portrait), the whole “we the people” thing feels like a bit of an overstatement.

The constitution offers no tangible provision against corruption or greed, nothing to protect average consumers against corporate wrongdoing, such as what happened on Wall Street. This is perhaps why bankers, investers, and the like liken spending/speculation to free speech and capitalism as a sort of religion. In that way somehow the 1st amendment is invoked as a defense for parasitic business practices. The great irony is how the majority of those in power are hardly ever the ones affected by housing schemes, nor do they need the bailouts they hand out so readily to bankers, and so they have no real incentive to make any disruptive systematic changes. Lobbyist, however, know exactly the kind of incentive it takes to get their way. ‘tis all very cynical indeed. Imagine if the founding fathers were all day-laborers? Perhaps we wouldn’t have been set up for defeat from the get-go. 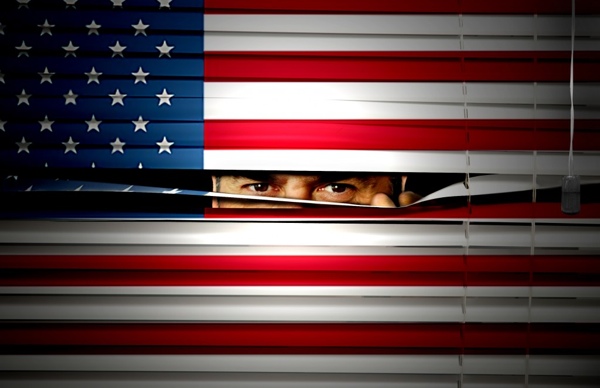 The Fourth Amendment was designed to protect against any searches and seizures made without probable cause. The Patriot Act was designed to completely disregard that amendment. Following the terrorist attacks of 9/11, when the US was whipped up into a hyper-protective hubbub and homeland security became priority number one, the Patriot Act went somehow unquestioned in this state of rampant irrationality and panic. Only after it became a clear invasion of privacy, and constitutional affront and no longer just a Wild Wild West response to terrorism, did it start to get chipped away at, including its finally being declared unconstitutional in part. Meanwhile wiretapping goes unchecked. 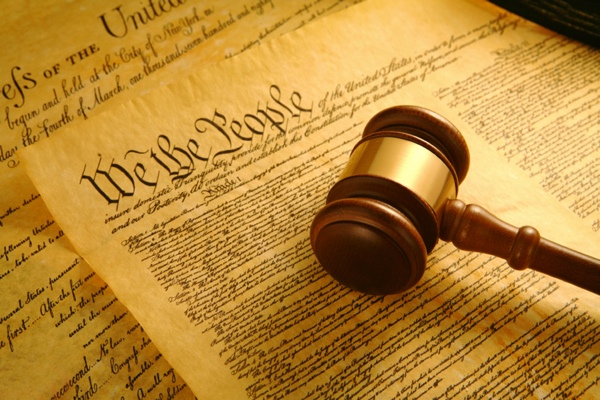 This amendment offers states immunity from any out-of-state lawsuit—and so is the possibility of corruption enabled. The fact being that the government is somehow protected from accusation by a citizen on the sole grounds of his being from a different state, and thus accountability is avoided. The implications are myriad and very unbecoming of a democracy. 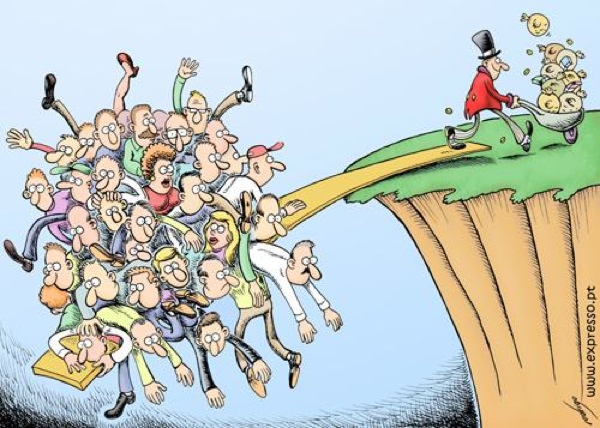 Reason: Equality Not So

Under the first amendment, freedom of religion, speech, and assembly are provided for. But not freedom of access. There was no guarantee of equality until slavery was abolished in 1865 via the 13th amendment. Note that the founding fathers had also been slaveowners—their definition of equality was off-kilter at best. Somehow the Jim Crow laws and fact that post-slavery black people only counted as 2/3 citizens were able to persist under the constitution. Eventually women and black people were given the right to vote, but not at the same time: the 15th amendment deals with race (1870), while the 19th (1920) allows women to vote. And there is absolutely nothing about marital equality. Again, if the people were actually represented by their government, these non-guarantees wouldn’t exist, and for so long. 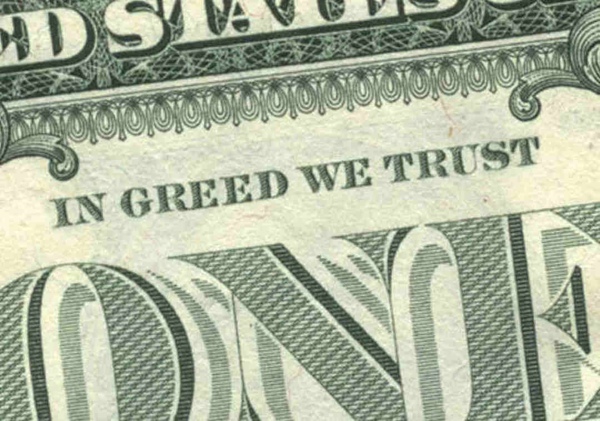 Reason: Amendment About Congressional Salary Took About 200 Years to Pass.

The fact that it took so long to pass this amendment, a response to the Salary Grab Act, which enabled Congress to raise its own salaries, shows the greedy reluctance that has come to define lawmakers. The 27th amendment, finally passed in 1992, makes it so salary proposals only go into effect for the next congressional term. The problem is no one should be determining their own salaries, especially if the money isn’t earned by their own initiative, which is also to say it shouldn’t come from tax-payers. And while it makes sense that salary should rise with the cost of living, it shouldn’t exceed it exorbitantly. Looking the rate at which congressional salaries have risen each term, it’s clear congress is more than well-compensated; e.g., since 2009, salaries have been a cold $174,000. Then again, we don’t live in a meritocracy. 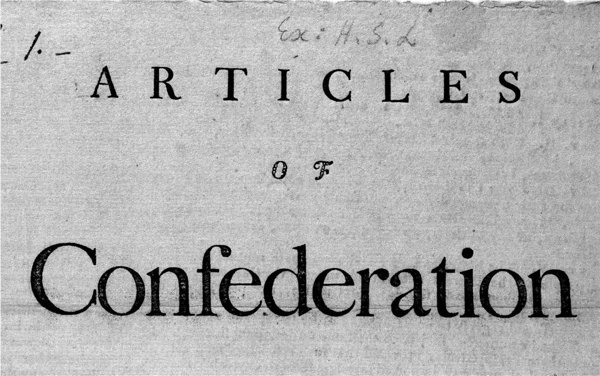 Reason: It Was Only Really a Revision of the Articles of Confederation.

This is true. While the Articles of Confederation were the first attempts to establish law in a land which no longer had it (none British anyway), the Constitution was really just a follow-up draft, an attempt to catch some of those gray areas missed by a entirely new form of government. Mostly, however, the problem had to do with money, and how congressionally-printed money had become worthless. States weren’t paying their taxes and the country had a debt problem. This was was the constitution’s chief concern. Also an issue was the uneven distribution of power, and limitations of state government. Only after the money and power came a consideration of human rights—now we see why conservatives continue relate so deeply to their forefathers. The constitution was written by peers. 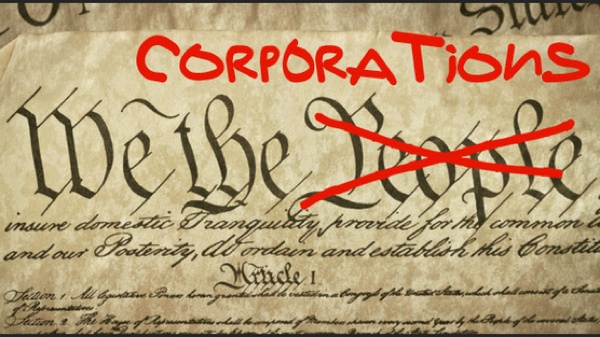 Reason: Amendments at Will

What good is a constitution if it can be amended at any point in time, including amendments that un-amend old amendments. Case in point: the 18th amendment, which prohibited alcohol, only to have the amendment itself prohibited by the 21st amendment. These overtly smudged eraser marks only further reveal how little sway popular opinion holds to the decisions that affect an entire nation of people. Some might argue that the 21st amendment doesn’t go far enough, but those people are generally called libertarians, and libertarians are just one more group unrepresented by a government designed “for/by/of the people.” 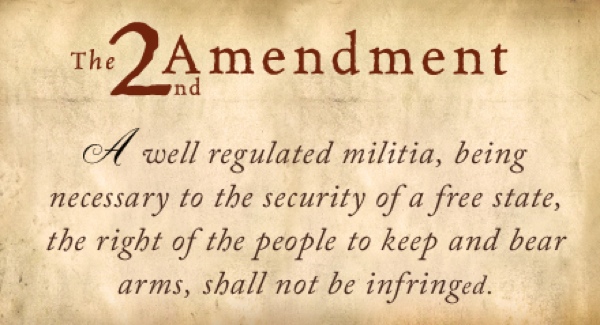 Reason: 2nd Amendment Written for the Purposes of a Militia

Think about it: former Europeans had just rebelled against its own government at gunpoint in order to live on a private island called the US. Being that the minutemen only consisted of household citizens with riffraff weaponry at best, there was likely some lingering tension in the air that might’ve suggested owning a gun might be a necessary. But this was back when guns were muskets—inaccurate and cloddish—and the terms of gun ownership involved forming militias. Even while the Supreme Court ruled that gun ownership was indeed a human right according to the 2nd amendment, but in terms of a firearm, and in self-defense, and that state local governments had to conform to this federal ruling. How then is allowable that Florida should have a Stand-your-ground law unconnected to federal law? And what is the exact definition of a ‘firearm’? Does that included military-grade automatic weaponry? Bazookas? Tanks? What is the limit? And how many times can that limit be amended? Answers would be nice. Certain restrictions would be better. 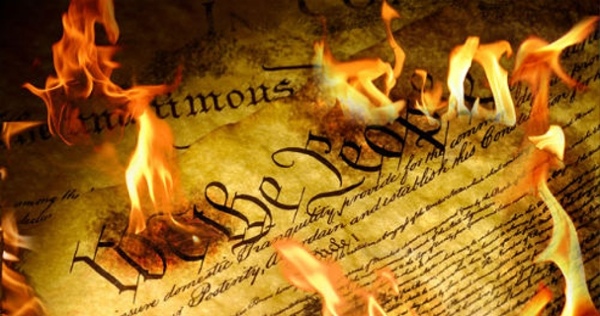 A lot has happened in 226 years. Slavery has been and been abolished. Cars were invented. As were machine guns. As was the internet. People don’t rely on pigeons, horseback, and quill and parchment to communicate long distance. Simply stated, these are far different times from those of the founding fathers who drafted the constitution. There are things the founding fathers couldn’t have anticipated and surely couldn’t have accounted for with any kind of all-providing document for the world we live in today. Which is why it’s so absurd that anyone should argue about ‘constitutionality’ or compare modern behavior to the anachronistic paradigms, to think we couldn’t come up with anything better in 2.26 centuries’ time.

Ryan is a habitually under-employed writer, music journalist, and musician. Check him out on Linkedin and feel free to offer him all kinds of work opportunities.