As medicine, society and science advance, our life expectancy continues to rise. More people are living to be over 100 years of age than ever before, diseases that were previously fatal are now nothing more than a nuisance, and with the advent of new technology, many people are hoping that they will be able to use technology to increase the length of their lives, or possibly even live forever as a computer. But while we think it’s great to live to be 90, some of the animal kingdom are laughing in our baby faces. Below are ten animals that put human birthday cakes to shame. 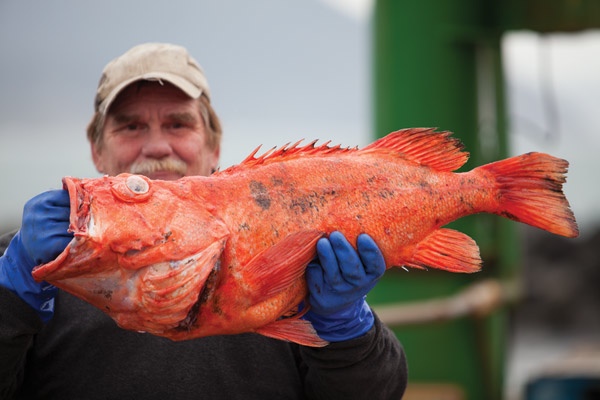 While the Rougheye rockfish (Sebastes aleutianus) are generally considered to be amongst the longest living aquatic creatures, they barely come in last place here. They are generally found between 560 feet and 2,200 feet below sea level, often in the pacific ocean. They are so called because they can have ten spines along the lower rim of their eyes. The fish grow extremely slowly, mature late in life, and can live to be around 200 years old, with the oldest confirmed living to be 205. 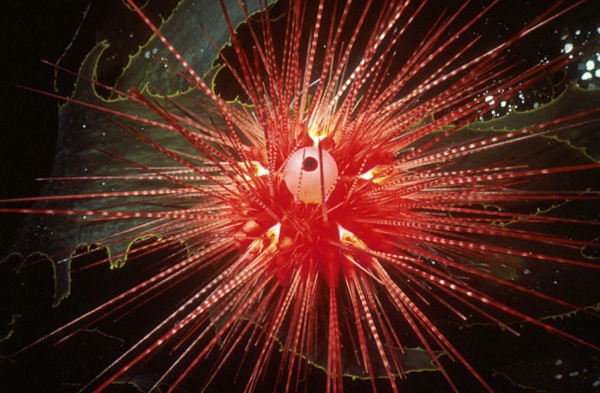 The red sea urchin (Strongylocentrotus franciscanus) has been around for about 450 million years and is the largest of all sea urchins, being able to grow to about 10 inches across. They largely stay in the same place, which is why they are covered in protective spikes. However, sometimes they will group together, and swarm (read: crawl incredibly slowly) to find food. Although they don’t often live past 30 years of age, if they do, they can live to be over 200 years old. 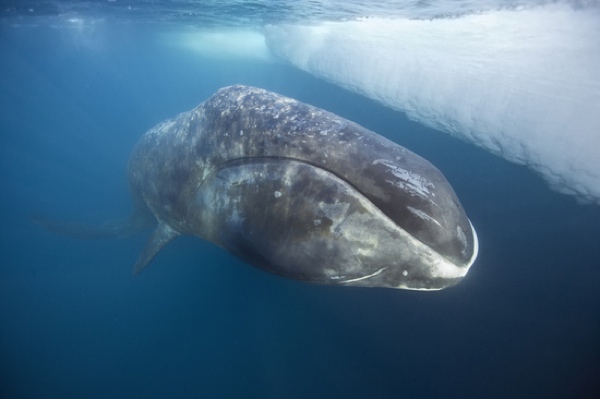 Some scientists believe that bowhead whales may be the oldest living mammals on earth. One whale in particular, Bada, is believed to have lived to be 211 years of age, but may have been as old as 245. Although most bowhead whales die between 20 and 60, 4 other bowheads were found to have been close to Bada in age, at 91, 135, 159 and 172. About 7 harpoon heads about that had been lodged in the whales for at least a century (although this is not how the whales get their name).

The average age a koi fish will live to is under 50 years old, which isn’t bad. But it’s not nearly good enough to make this list. Hanako, however, was a koi fish who died in 1977, at the much more respectable age of 226 years old, meaning she was born in 1751. That means she was around before Benjamin Franklin discovered electricity, or before anybody knew mammoths had ever existed. It means she was alive for the signing of the declaration of independence, the French revolution, both world wars, and so on. Her age was determined by counting rings on her scales, much like determining the age of a tree. 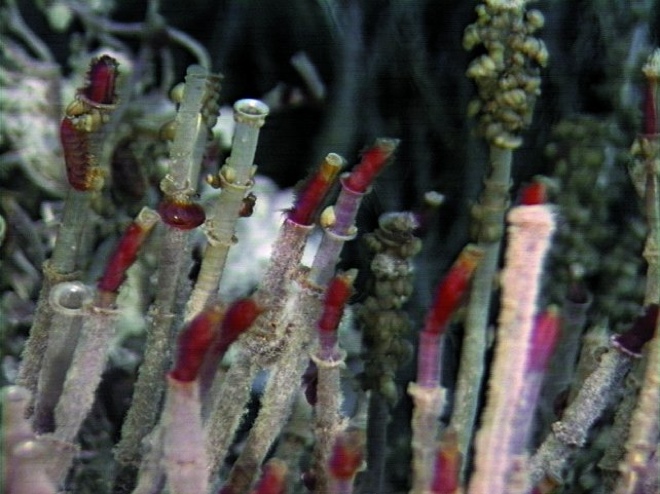 Vestimentiferan Tubeworms (Lamellibrachia luymesi) are sessile creatures, meaning they stay in one place for the entire of their adult lives. This particular species of tube worm is found mainly in the northern Gulf of Mexico. They live up to 2,500 feet below sea level in deep sea cold seeps. They have a symbiotic relationship with sulfide oxidizing bacteria, which is the sole source of their nutrition. They can grow up to 10 feet long, and can live in groups of thousands. Growing extremely slowly, these tube worms can live to be 250 years old.

It is thought that around 90% of the freshwater pearl (Margaritifera margaritifera) populations can be found around Scandinavia. They are generally very tough creatures that can adapt to new environments quite easily, so climate, geological, physical, biological or even chemical change won’t affect these creatures as much as others. But despite this, their numbers have been declining for many years now. Those that do survive are the toughest of the bunch, and have likely seen a great variety of ecosystems, as many of these mussels have been found to be over 250 years of age, making them possibly the oldest creatures in Europe. 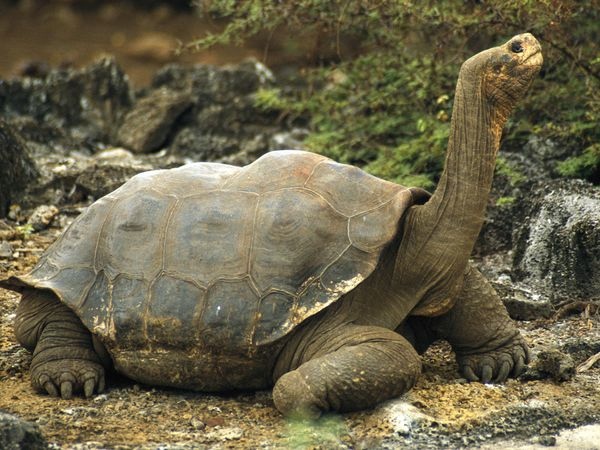 Tortoises (Testudinidae) are famed for being long-lived. An average healthy tortoise could live to be about 150 years old, but this of course also depends on the type of tortoise in question. The oldest known tortoise, however, lived long past that. Adwaita was the pet of British General Robert Clive, before he was brought to a zoo in Kolkata (formerly Calcutta) where he spent the next 130 years of his life. It’s impressive enough in its on right that by the time Adwaita died, nobody working in the zoo was even born when he first arrived. His death was a result of a crack that developed in his shell, which was then carbon dated. Scientists placed his age at over 250 years old, many sources saying 255, others, 257. 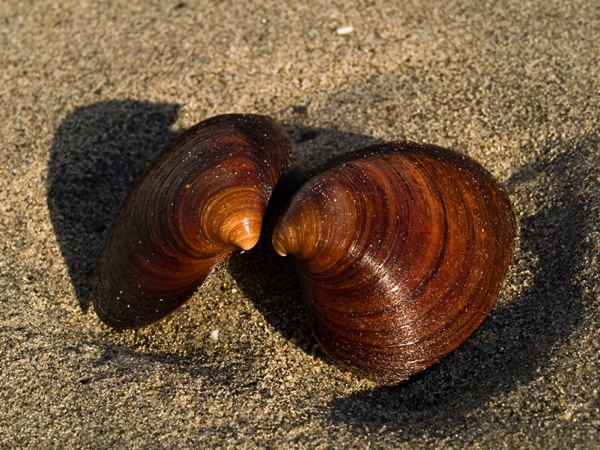 Ocean quahogs are a type of clam found mainly around the Scottish coast. Unsurprisingly, the generally don’t move much, burrow into sand or mud, using their gills to siphon in food and oxygen. To avoid being eaten, they can burrow deep into the seabed, and live there for extended periods of time without needing to come up for food or oxygen. Over the past few decades, ocean trawlers have resulted in their numbers being reduced by about 50% by either damaging the clams or leaving them vulnerable to predators. This will of course result in a lot fewer of them living to their full age. It’s not unusual for these animals to live to be over 400 years old, and one was even found that was 500 years of age. 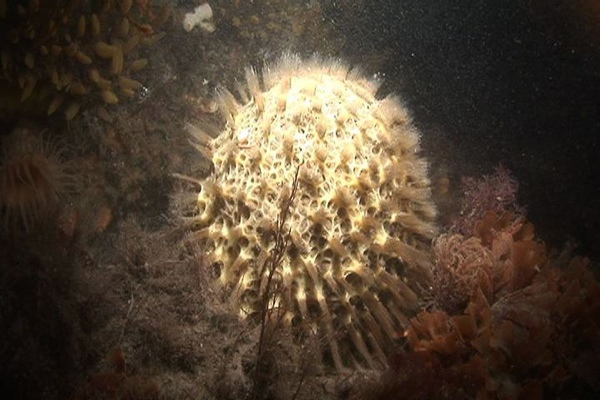 Many people may not even realize that sponges are animals, but they are (otherwise how would Spongebob make any sense?). Obviously, sponges don’t do much, with some moving less than 1 millimeter a day, so it should come as no surprise that they grow excruciatingly slowly, like many of the other entries on this list. Their slow rate of growth results in them living such long lives. There are somewhere between 5 and 10 thousand species of sponge, with most of them living anywhere from 3 months to 20 years. The Antarctic sponge, on the other hand, lives much longer, with one specimen estimated to be a respectable 1,550 years old. 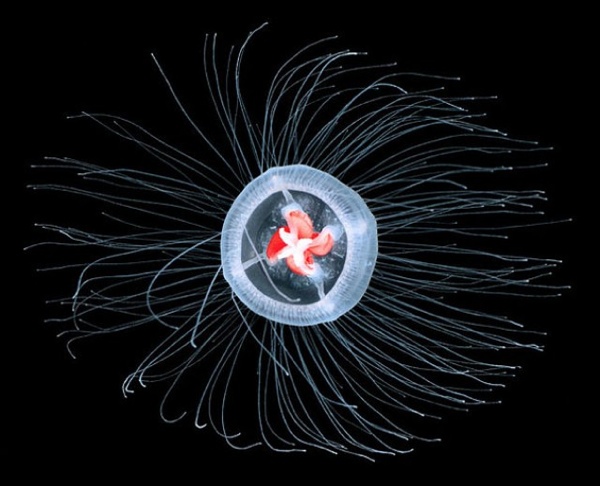 This particular entry may not come as a surprise to some of you, as it has gained a lot of fame within the past year. And for good reason. To look at, the Turritopsis nutricula is nothing spectacular. Newborns are about 1mm, with 8 tentacles, while adults are about 4.5 with up to 90 tentacles. Originally from the Caribbean, these little tykes can now be found all over the world. But there is potential for trouble in the future, as they may just keep breeding and breeding. What makes them unique, not just among jellyfish, but all living things, is that they can revert back to sexual immaturity. The jellyfish are born, and grow like any other animal, but when they reach a certain age, they can revert back to the polyp stage and begin growing all over again. This would be like a 50 year old turning back into a baby. This means that these jellyfish are, potentially, immortal.