For centuries, propaganda has been used to inspire nations and dehumanize the enemy. In times of war, a powerful propaganda campaign can increase industrial production, recruitment numbers, and troop morale. Unfortunately for propaganda makers, the age of the internet and instant communication has made propaganda more difficult to create. Below are 10 recent pieces of Propaganda that were built upon lies and falsities. 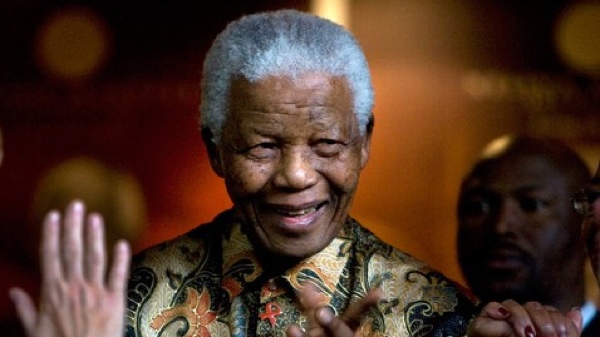 On December 31st, 2008, while Israel was at war in the Gaza strip, Mark Regev, the International Spokesman for the Israeli Prime Minister, took to the radio to answer questions. Speaking on behalf of the Prime Minister, a caller accused the Israeli involvement in Gaza to the South African Apartheid. Regev countered the claim by noting that Nelson Mandela spoke highly of Zionism in his autobiography. Surely Mandela would disagree with the caller, and support the existence of Israel.

In actuality, Mandela had already made it clear that, while he did not oppose the existence of Israel, he believed that Palestine’s had a place in the region as well. In 2001, in a memo addressing Israel, Mandela wrote, “If you want peace and democracy, I will support you. If you want formal Apartheid, we will not support you. If you want to support racial discrimination and ethnic cleansing, we will oppose you”. The message spread by Regev, in an attempt to garner support by linking the widely-loved Mandela to Israel, was proved false. 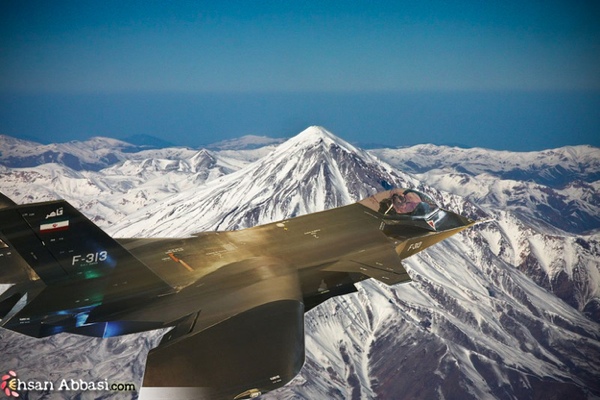 In February of 2013, Iran unveiled their next generation stealth fighter, touted as a superior alternative to the F-35 Joint Strike Fighter and the F-22 Raptor. Initially leaked by bloggers, the jet was shown flying over Mount Damavand in Northern Iran. In short time, fellow bloggers noted that the jet was photoshopped into a popular wallpaper image of the mountain. Nevertheless, Iranian officials maintained its existence, even issuing a press released featuring President Ahmadinejad observing the craft.

Aerospace engineers from Israel, Europe, and the United States picked apart the aircraft, deriding it as simply unable to fly. The canopy appeared to be made of Plexiglas, and the small cockpit was overly simple; it lacked the complex functions and mechanisms of similar stealth aircraft. Most prominently, the engine lacked any exhaust nozzle, indicating that any attempt to start the jet would melt the entire vehicle. 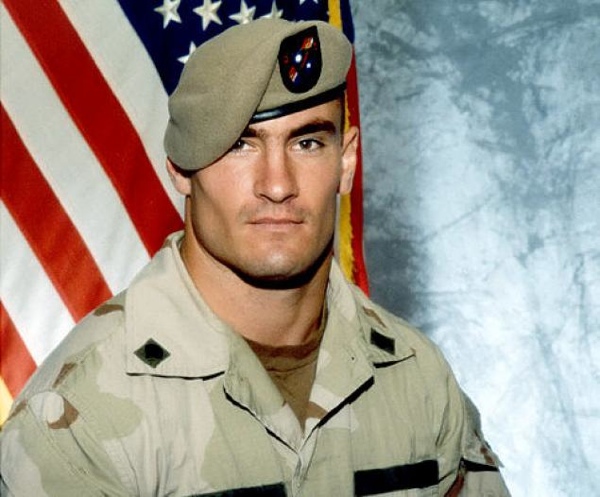 At the time of the September 11th attacks, Pat Tillman was a promising young star playing for the Arizona Cardinals, an American football team. In May of 2002, Tillman rejected a 3.2 million dollar contract extension, instead opting to enlist in the military and pursue a career as an Army Ranger. On April 22nd, 2004, the United States Army revealed that Taliban militants operating near the Pakistani border in Afghanistan killed Tillman in an ambush. The United States Army ran with the story, promoting the tale of an all-star athlete that turned down vast sums of money to defend his country to the death, utilizing it as a recruiting tool.

Unfortunately, the Army-supported story documenting Pat Tillman’s death was not entirely true. Tillman’s squad was mistaken for a group of enemies by his fellow Rangers. As Tillman and his comrades attempted to signal that they were friendly units, three bullets struck him, killing him instantly. The medical examiner noted that the damage caused by the bullets was likely fired from a SAW machine gun; a gun carried exclusively by the United States military. Regardless of this fact, Tillman’s body armor was destroyed in an attempt to hide evidence, and the truth surrounding his death was not revealed until 2007. 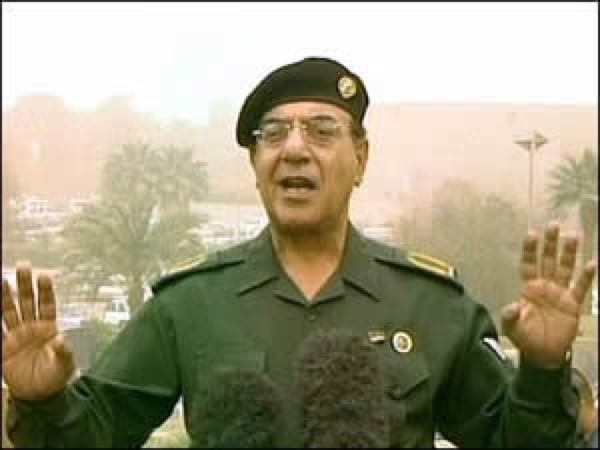 Mohammed Saeed al-Sahhaf, the Iraqi Information Minister under Saddam Hussein, could be regarded as the biggest fan of his regime. During the US invasion of Iraq in 2003, al-Sahhaf, nicknamed “Baghdad Bob” by the Western media, issued daily media reports, downplaying the strength and severity of the foreign invasion. Two days before the fall of Baghdad, al-Sahhaf stated that coalition forces were committing suicide by the hundreds outside the city. Ironically enough, two American tanks could be seen in the background of the video, which was filmed on a rooftop facing the Tigris River. Despite the impending doom, he maintained that US forces were being surrounded, captured, and killed by the thousands. He was captured in 2005, and eventually released. To this day, he holds firm that the information he stated was authentic. 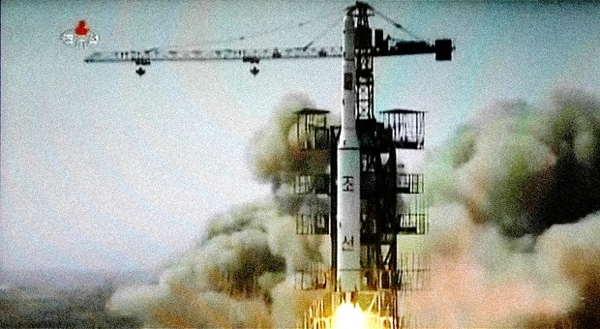 Following a series of failed satellite launches, North Korea “successfully” put a satellite into space in December of 2012, to coincide with the one-year anniversary of Kim Jong Il’s death. The North Korean regime hailed the launch as a great success, closing schools and businesses for a day and encouraging citizens to take to the streets and celebrate. They touted the launch as a sign of North Korean supremacy and intelligence. Meanwhile, astronomers around the globe immediately noted that the satellite was tumbling out of control. While it posed no threat to earth, it was haphazardly flying around in space, endangering other satellites. Experts mocked it as a “dishwasher wrapped in aluminum foil”. The pride of the burgeoning North Korean space agency was, in actuality, a complete failure. 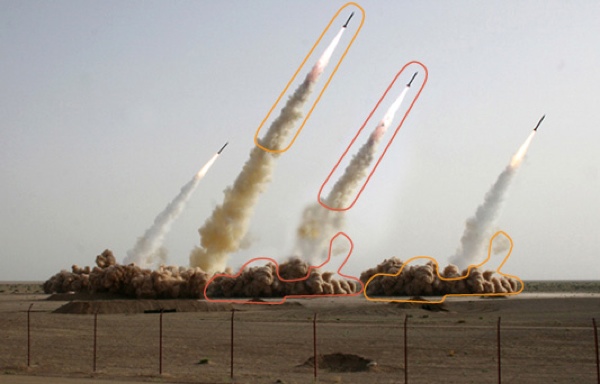 Harkening back to number 9, Iran’s history of being utterly inept at using Photoshop dates back to 2007. Fars News Site published a controversial picture that supposedly showed a terrorist stockpile of US made weapons, “proving” that the United States was actively funding terrorists in the region. Unfortunately for the publisher, the photo was blatantly photoshopped, and the US-made weapons were crudely pasted into another crudely taken photograph. In 2008, following a controversial rocket launch, Sepah News, the media sector of the Iranian Revolutionary Guard, released a photo of the event. Observers around the globe noted that the smoke trails of two missiles looked exactly the same. After what should have been 5 minutes of investigation, it became apparent that the Iranian government had copied one of the other rocket launches, thus making it look like 4 rockets were launched. In 2009, the Iranian government was caught poorly copying the crowd at a rally for President Ahmadinejad, in an attempt to make the crowd appear much larger. It seems as if Iran should just end any attempts at digitally altering any photographs.

In January of 2011, China Central Television showed footage from an air force training exercise to display the strength of their new J-10 fighter jet. In one particularly dramatic scene, another jet is seen in the crosshairs of the J-10, before exploding in a dramatic fireball. The footage was released in hopes of garnering support for the military, and to bolster Chinese pride in their technology. When the film reached the Internet, commenter’s were quick to point out that the theatrical dogfight scene looked a bit too familiar, and the exploding jet resembled an American F-5. A bit of sleuthing revealed that the crosshair video matched up, frame for frame, with the American blockbuster hit Top Gun. 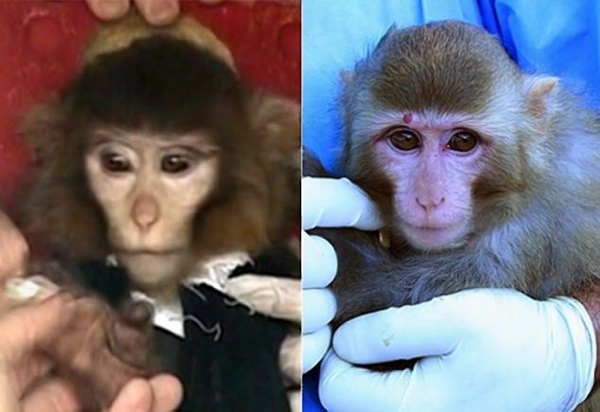 Seemingly in competition with North Korea to develop the least functioning space program on Earth, Iran sent a monkey into space on January 29, 2013. Footage from the monkey prior to launch showed a frightened creature, strapped down, with a small mole above its right eye. Upon its return to earth, the Iranian government produced another video of the monkey, this time with darker fur, a more narrow face, and no mole over its eye. It was obvious that this was not the same monkey that launched on the 29th. In the best-case scenario, the Iranian Space Agency never placed the monkey into the rocket, and lied about it to bolster the image of their program. On the flip side, it is very much possible that they attempted to launch a monkey, and failed, killing the primate passenger.

In January of 2005, Iraqi militants claimed to capture a United States soldier named John Adams (apparently they chose the most American name possible). In an online post, they stated Adams was captured after killing a number of his fellow soldiers in an ambush. They threatened to behead Adams within 72 hours, unless Iraqi prisoners were released from United States prisons. As proof of their capture, they posted a photo of an African American soldier, donning desert camouflage and knee pads, with a gun to his head.

Almost immediately, the US military press office in Baghdad noted that no units were reported missing. Toy manufacturer Drag Models USA saw the photo of John Adams in a news report, and immediately identified it as one of their “Cody” action-figures that were available in Kuwait. They “kidnappers” simply propped the toy up against a miniature backdrop before taking the photo. 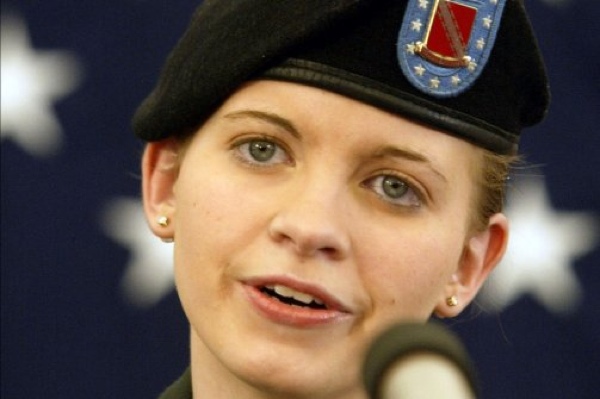 One of the most famous Prisoners of War to emerge from the Iraq War, Jessica Lynch was captured by the Iraqi military in 2003, at the young age of 20, following an intense firefight. After 9 days in captivity at a local hospital, Lynch was rescued in a daring raid, suffering from numerous knife and bullet wounds. Young and pretty, Lynch served as a perfect poster child for American sacrifice and courage, and the military exploited her rescue in an attempt to recruit individuals and gain support for the war.

As time progressed, Lynch began to speak truthfully about her rescue. She revealed that she had been injured in a truck accident, and her weapon was broken. She could not fight back as she was taken to the nearby hospital. Doctors at the hospital maintain that she was treated exceptionally well. She was given three bottles of blood, two of them taken directly from workers at the hospital, as they had run out of donations. She was assigned a specialist bed, and one of only two nurses available. The doctors diagnosed her with a broken thigh, a broken arm, and a dislocated ankle; wounds typically seen in a vehicle accident. They noted no bullet or knife wounds. 7 days into captivity, a hospital worker attempted to drive Lynch to the Americans, but the ambulance was fired upon as it approached the US troops.

By the time the hospital was raided, the Iraqi military had left the region. Locals told American interpreters that large numbers of Iraqi soldiers were seen fleeing from the area. As helicopters circled overhead, a large American force entered, with cameras rolling. They crashed through the windows, and rounded up doctors and nurses, portraying them as hostile forces. Lynch was finally “rescued”, and the media adored her.

Lynch grew disdainful of the attention she received, and blamed the government for altering her story as propaganda. She remains critical of the story, and often clarifies that it was not her doing to misconstrue the true details of her capture. Lynch was not the “Rambo from the hills of West Virginia” as the military had claimed.

Andrew is a poor college student that enjoys eating raw potatoes and onions as if they were apples. Follow him on twitter