Let’s face it—most of us don’t exactly dig Islam. According to a recent Gallup Poll, over fifty percent of Americans consider Islam a ‘critical’ threat, with similar numbers reported in France and Germany. Turn on the TV or pick up a newspaper and you’ll be confronted with horror stories about honor killings, terrorist attacks and sharia law taking over Western cities. Pretty scary, huh—or is it? Turns out a lot of our fears may be ill-informed at best, completely made up at worst. I’m talking stuff like: 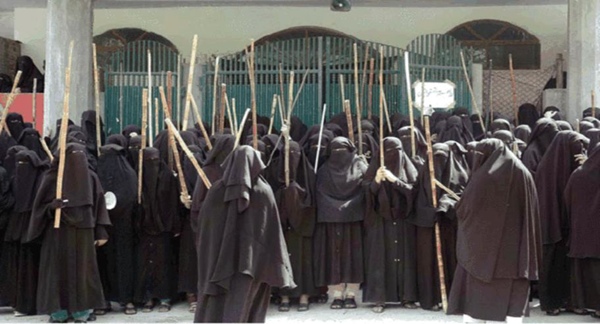 As a legal system, Sharia Law is the very definition of ‘insanity’. Instead of things like fines or imprisonment, it advocates whipping, amputations, blinding and the death penalty for crimes as dumb as wearing pants. And, according to our TV pundits, it’s as Islamic as flowing beards and going to Mecca.

Except of course it isn’t. Out of the fifty or so majority-Muslim countries, guess how many implement full Sharia? Ten. But they’re probably the big ones, right? Nope—only Pakistan has both Sharia Law and a population of over 100 million. Four of the five most populous Muslim nations on Earth (Indonesia, India, Bangladesh and Egypt) either use a watered-down version or don’t use Sharia at all. Globally, more than 50 percent of Muslim-majority legal systems have no basis in Sharia whatsoever. Oh, and those rumors about Sharia Law being forced on Western cities? Well, a 2009 British poll found 79 percent of Muslims thought Christianity should dictate UK law. That’s a higher percentage than Christians themselves. 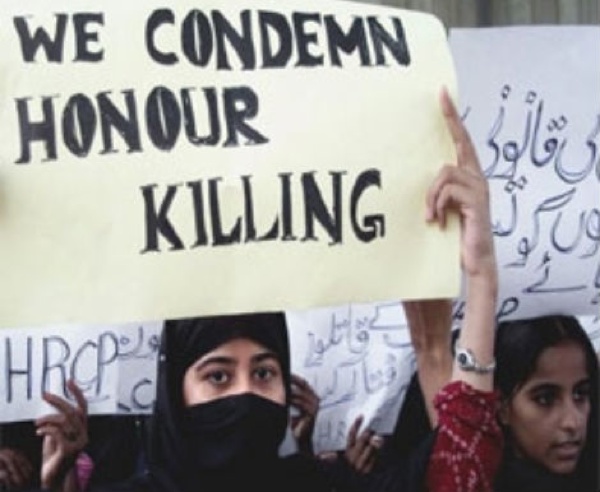 Make no mistake, honor killings are a real problem. Because some idiots have a warped sense of priority, anywhere between five thousand and twenty thousand women are killed each year by relatives. But, despite what you hear, the problem is far from an Islamic one. In Turkey and Pakistan, cases of Christian honor killings are frequently reported, while India has seen a stratospheric rise among the Hindu population. According to some women’s rights groups, Jordan’s Christian community is even responsible for more killings per capita than the Muslim majority. Yet the perception still somehow remains that this is something only Muslims do, despite there being no mention of honor killings in either the Koran or Hadith. 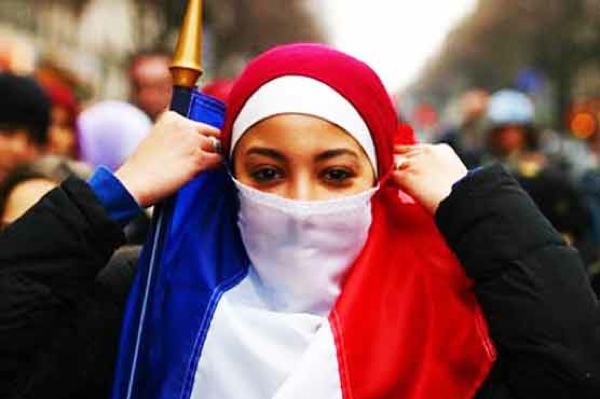 To be fair, not everyone voicing concerns about Islam is expecting violent takeover and Sharia Law. Some are simply worried about the level of immigration, which would be fair enough if it weren’t so unbelievably tiny. Thanks to historic links with Morocco and Algeria, France is likely the country with the biggest Muslim population in Western Europe. Know the percentage of French citizens who identify as Muslim? Seven. That’s less than the number of Americans who think they’ve seen a flying saucer. Even our most pessimistic estimates put the likely number of European Muslims by 2030 at eight percent of the population—and even then only if you include the Balkan states that already have Islamic majorities. For comparison, the populations of traditionally-Islamic Egypt, Syria and Indonesia are all over ten percent Christian. Thanks to its association with Sharia Law, Islam is seen by most as a pretty intolerant religion. I mean, the Koran hates gay people and advocates persecuting Christians. Who’d want to be a minority in a Muslim country?

Well, it depends on the country. See, despite its track record of homophobia, the Iranian government—for example—not only recognizes transsexuals, it facilitates more sex-change operations than any other country bar Thailand. Post-op trans-people are given all the rights of their new gender and even allowed to marry, making Iran more progressive with trans-rights than Illinois, Texas or Ohio. As for religious persecution, it’s true that passages of the Koran are pretty anti-Christian—just as other passages warn against forcibly converting people. Like the Bible, it’s down to interpretation—which is why you get stories like that of the militia-targeted Iraqi Christian who was saved by his Muslim neighbors. And while we’re on the subject of acceptance, Indonesia is home to one of the world’s biggest gay pride events and Turkey is taking steps toward legally recognizing gay couples. Basically, assuming all Muslims are intolerant based on literal readings of the Koran is like claiming all Christians stone their neighbors for picking up sticks on Saturday. 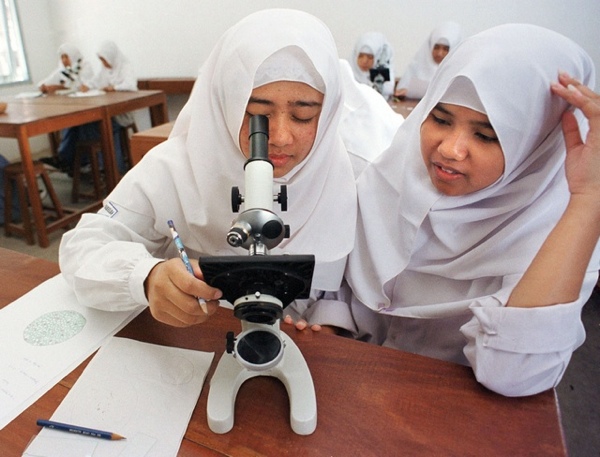 We’re used to hearing that Islam is backward, intellectually-broken and about as open to science as David Icke. Never mind all the scientific, legal and mathematical advances made under the Islamic Golden Age—that was hundreds of years ago. Modern Islam and reason are incompatible, right?

Try telling that to Pakistan. Despite being an absolute basket-case, India’s belligerent neighbor churns out some of the best minds in Physics, Mathematics and Engineering anywhere in the world. In December, the minister for science and technology even pledged to allocate two percent of GDP to research and development by 2020. For comparison, the UK currently allocates around 1.7. But that’s just the tip of the iceberg: Turkey and Malaysia both have active space programs, while Saudi Arabia and Qatar are pouring billions into research universities. Even backward Iran invests hard enough in computer science to launch crippling cyber-attacks on US companies, despite being incapable of using Photoshop. It’s not Islam itself that hates science, just a handful of idiots who happen to be Islamic. Let’s be blunt: growing up poor and female in Afghanistan or Pakistan is a bad situation to be in. However, things are no better in Christian D.R. Congo and only slightly in secular India. According to this report commissioned in 2011, only three of the top five worst countries in the world for women were Islamic—with two of those being open war zones. Similar polls regularly list non-Islamic Chad, Nepal, Guatemala and Russia right at the bottom, alongside places like Yemen and Saudi Arabia. And while Pakistan may have little respect for women’s rights, it still found time to elect a female leader—as did Indonesia, Bangladesh, Kyrgyzstan and Turkey. But what about the Burka, symbol of female oppression? Again, a handful of crappy countries do require it by law, but they’re vastly outnumbered by those that don’t—Turkey, Bangladesh, Tunisia and Syria even banned it from public places. 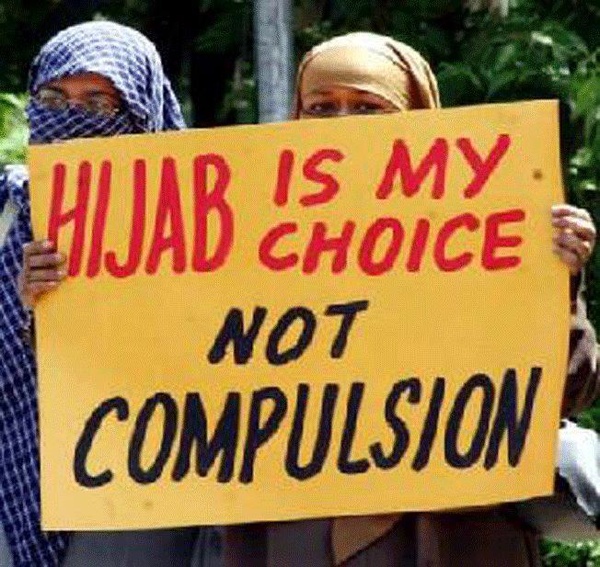 On the subject of the burka, most of you have probably heard about Europe’s recent infatuation with banning it. Given that people are so riled up about the issue, it stands to reason there must be a problem with Muslim integration, right?

Not exactly. Know how many people the Netherlands burka ban affected? Less than 100. That’s about 0.0006 percent of the population. In France, the number was 367—a percentage so small you’d be better off simply writing ‘zero’. Additionally, half of those who wore the burka were found to be young white converts—suggesting it’s less a failure of integration than the latest phase of adolescent rebellion. As for Muslim immigrants refusing to adopt their new home’s values and traditions; a British study found that eighty three percent of Muslims were proud to be British, compared to seventy nine percent of the general public. Even crazier, while eighty two percent of Muslims wanted to live in diverse, integrated neighborhoods, only sixty three percent of Brits did. Turns out the myth of Muslim non-integration is exactly that: a myth. 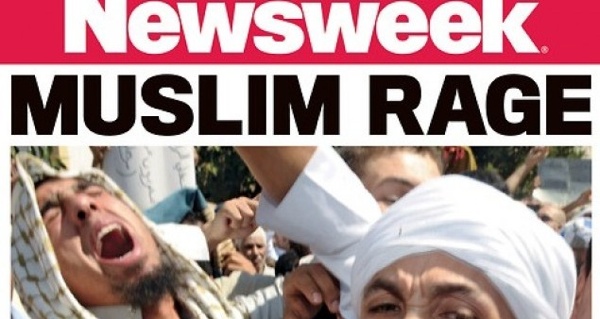 We all know by now that you can’t trust the media. When they’re not busy hounding innocent people to suicide, they’re making up stories or just generally being dicks. But we still kind of expect their reports to have at least some basis in fact. So it may come as a shock to discover they objectively don’t.

According to a report commissioned for a UK government inquiry into press ethics, stories on British Muslims were “unsatisfactory… sloppy and sometimes stereotypical” and often “false and racist”. The study found nine out of ten stories mentioning Muslims were negative, while an overview of eight years’ worth of papers concluded two thirds of them reported Islam as a threat, with references to ‘radical Muslims’ outnumbering any other kind by seventeen to one. A further study from the University of Ottawa added that British news outlets go out of their way to associate Islam with terrorism. America fared little better, with bad and stereotypical coverage of terrorism being largely blamed for a rise on racist attacks against Sikhs. 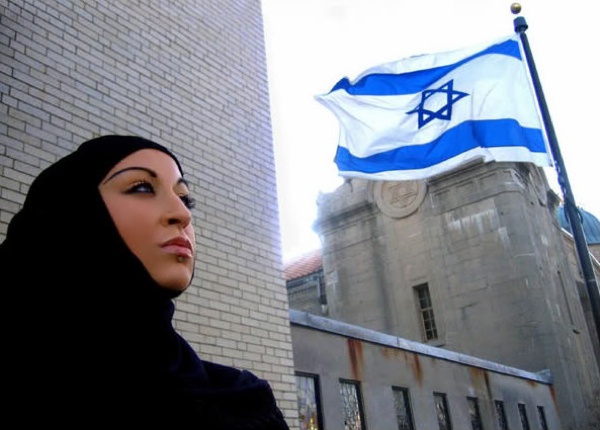 One of the most damaging beliefs about Islam is that it’s inherently anti-Semitic. Do a random sample of a group of Iranians or Palestinians and you’ll almost certainly find an undercurrent of racism so thick it has to be measured in Mel Gibsons. But, equally, guess what you’ll find if you do a survey of the Israeli army? That’s right: Muslims.

According to this BBC report, there are thousands of Muslims who serve in the IDF—literally giving their lives for the Jewish State. And it’s not something forced on them either: Israeli Muslims aren’t required to do military service. Some do it to get access to benefits, some to improve their employment prospects, and some—like this guy—simply do it for a love of Israel. Because the Koran includes the story of Moses, Islamic scholars since the ninth century have argued that God gave Israel to the Jewish people, a bit of history we missed here in the West. Even in the present a minority of Muslims still identify as Zionists. Since this includes the former president of Indonesia, whose voting public consists of around 200 million Muslims, anti-Semitism is apparently nowhere near as rife as we think. A 2006 study found people in Nigeria were more supportive of terrorism than anywhere else in the world. Want to guess who ranked second? Iraqis? Saudis? Maybe Pakistanis?

Nope, it was Americans. When asked whether “bombings and other attacks intentionally aimed at civilians” were ever justifiable, only forty six percent of US residents said no. To put that in perspective, eighty six percent of Pakistani’s responded that hurting civilians was “never justifiable”. Even weirder, of the remaining Pakistani’s who did support terrorism; seventy nine percent of them also supported American humanitarian intervention. While it seems counterintuitive at first, you gotta remember that most terrorist attacks take place in Muslim countries and kill mostly Muslims. When researchers crunched the figures for 2006-08, they found non-Westerners were thirty eight times more likely to be killed in a terrorist attack than Westerners. When active combat zones were removed from the statistics, the share of non-Westerns killed by Al-Qaida was ninety-nine percent. That’s not a typo—all but a handful of people blown up by Bin Laden’s goons last decade were Muslims themselves. So while, yes, there are Muslims who think being a terrorist is a noble goal, they’re vastly outnumbered by those who think being a terrorist is kind of a dickish thing to do.