Etymology is the study of the origin of words. Some words have obvious origins. The name for the letter W in English (and several other languages) is named simply and descriptively for its shape. Some words, on the other hand, have unknown origins (where did the word picnic come from) for example. Here are ten words with unusual stories behind their coining. 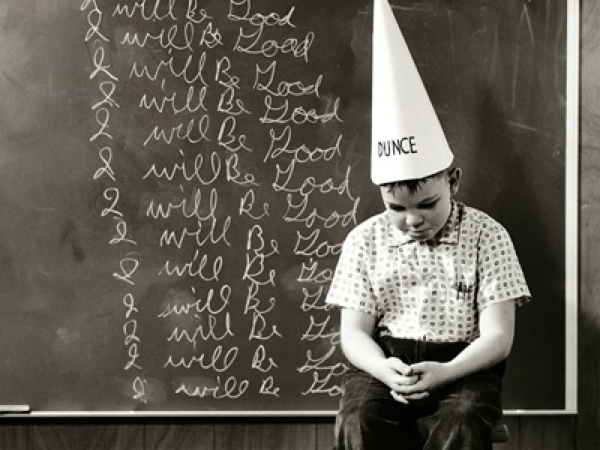 To be called a dunce means you are slow-witted, stupid, and unable to learn. Yet the word is derived from the name of one of the great scholars of the middle ages. John Duns Scotus was a philosopher and theologian whose thinking was so profound he was given the nickname Doctor Subtillis, the Subtle Doctor. His teaching attracted a group of students and admirers who became known as Dunsmen, or Dunsers. Duns Scotus’ teaching remained influential from the 14th century until the Renaissance when more modern theories gained prominence. Those who clung desperately to Duns’ teaching were mocked for their seeming inability to modernize, or learn at all. The Dunsers became Dunces and a new word was born. 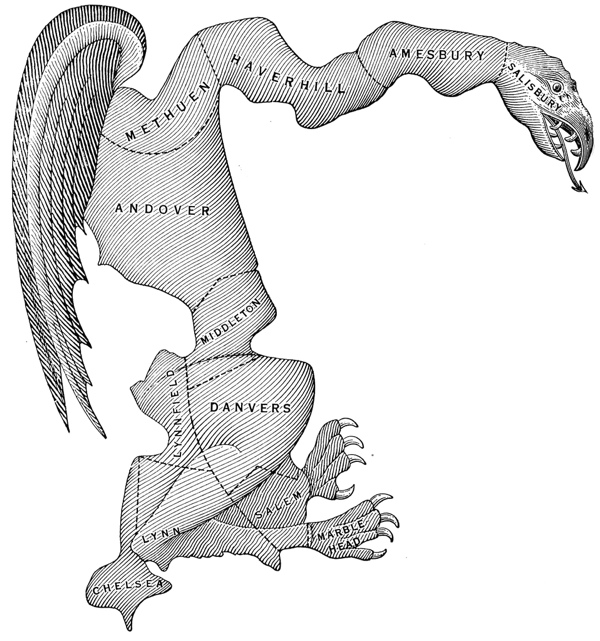 Gerrymandering is the rigging of elections by changing the boundary lines to give one party an advantage through the distribution of voters. The rigging of elections is as old as democracy but the act only gained its name in the 19th century. The governor of Massachusetts in 1812 was Elbridge Gerry, representing the Democratic-Republican party, in opposition to the Federalist party. Seeking to gain the upper hand in the Senate race of that year a bill was passed changing the districts by which voters were grouped. This explains the Gerry portion of the word, but the -mander? The shape of the districts after the passage of the bill was said to resemble a salamander or, as someone suggested, a Gerrymander. 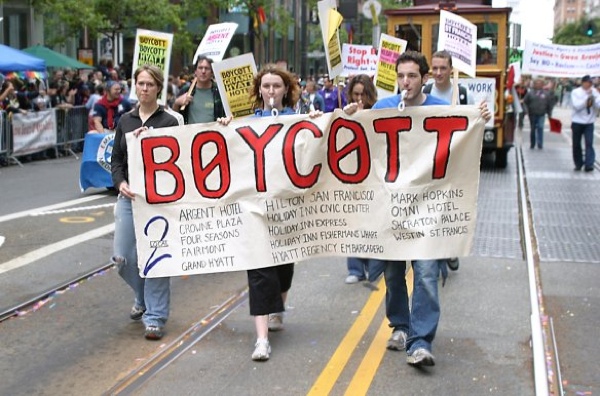 Words and things named for a person are called Eponyms. Like Gerrymander, Boycott is a new word for an ancient thing. Boycotts, the willful refusal to do or use something, can be seen in the Aristophanes’ play Lysistrata where the Greek women boycott sex with their husbands. In 1880 Captain Charles Boycott was managing land in Ireland when poor harvests struck. The lord whose lands he was managing offered to reduce the rents of his tenants, but the offer was unsatisfactory. The tenants then refused to have anything to do with Captain Boycott. The lands were left untended, shops would not sell to his family, and post was not delivered to his house. Supplies were shipped to the estate from England since no one would deal with him in Ireland. In the end the protest was successful and Boycott’s name became synonymous with targeted ostracism. 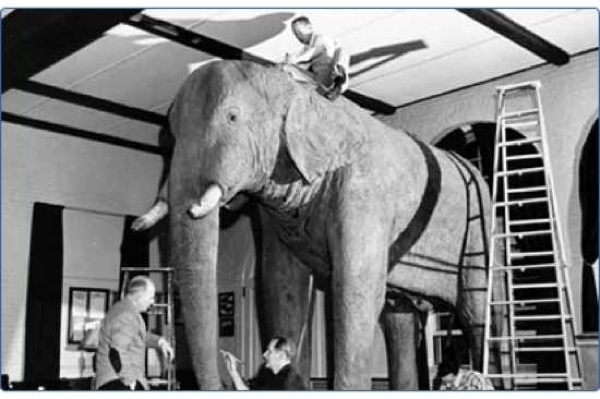 Jumbo, meaning huge, is another eponym but this time derived from the name of perhaps the most famous elephant in the world. Jumbo was an African elephant born in the 1860s and displayed in France, England and North America. Standing 4m tall people flocked to see the giant animal. With an eye for spectacle the circus owner P.T. Barnum bought Jumbo for the equivalent of a quarter of a million dollars and shipped him to the US. While being displayed in Canada Jumbo was hit by a train and killed. This gave the canny Barnum a chance to earn more money by offering people the chance to see a dead elephant. Jumbo’s huge hide was stuffed and put on display further spreading the elephant’s fame. 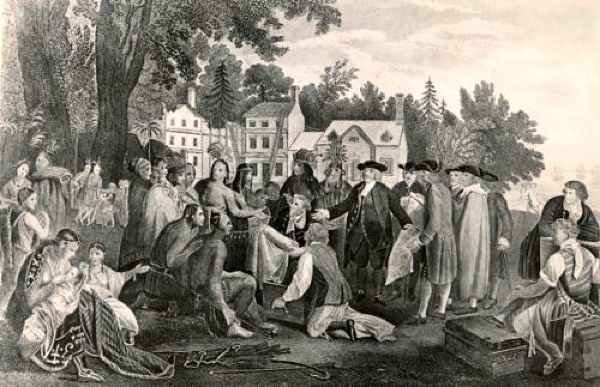 The Quakers, or Society of Friends, are a Christian denomination with a long history of social reformation. Quakers played a strong role in the abolition of slavery and many philanthropic businessmen of the Victorian era were Quakers. Founded by George Fox as an alternative to Church of England worship in the 17th century the Society of Friends was soon named Quakers. How did they get this name? Two stories exist. The first is that early followers of Fox were so taken with religious mania that they shook, or quaked, while they preached. The other supposed origin of the term comes from Fox’s autobiography. Charged with blasphemy for his new theology Fox was taken before the magistrates. Fox was defiant and “bade them tremble at the word of the Lord.” One of the magistrates retorted that the only person to quake in the court was Fox himself. 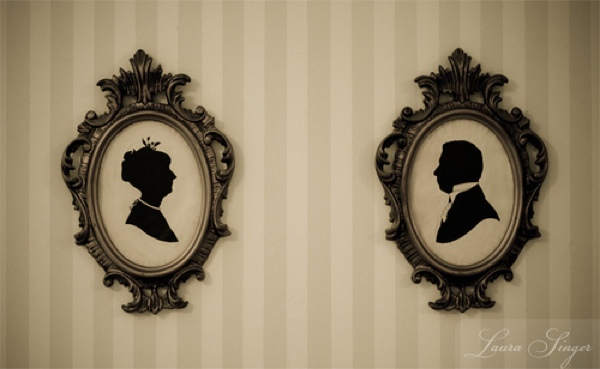 Silhouettes were once a highly fashionable form of art which displayed their subjects in outline with no other features. Portraits of this type have the benefit of being cheap and quick to make compared to painted portraits. During the Seven Years War the state of French finances became parlous. The finance minister of the time was Etienne de Silhouette who, to save the French economy was forced to put in place harsh measures to raise funds. The nobility and clergy who were normally not called on to pay taxes but Silhouette levied taxes on various luxuries which hit the wealthy. Because of this he was ridiculed and forced from his position. His name became attached to anything seen as cheap. When profile portraits became popular they were sneered at as cheap (or to use the French “à la Silhouette”) and the name stuck. 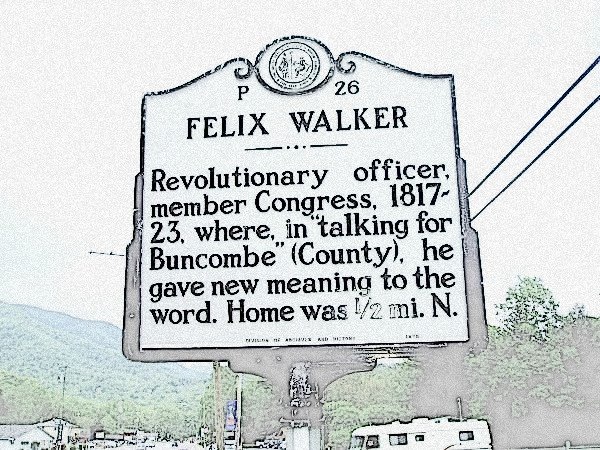 To talk Bunkum is to talk nonsense, and perhaps fittingly is derived from the US House of Representatives. In 1820 an important debate was held on whether the state of Missouri would be admitted to the union a slave-holding or free entity. Slavery had long been a contentious issue and fierce arguments were expected on both sides. When Felix Walker, representative of Buncombe County, began to speak his colleagues were bemused to find his speech did not seem to address the matter at hand, but some local affair. When asked what he was doing he replied “I was not speaking to the House but to Buncombe.” From then speaking to Buncombe meant to speak irrelevantly. 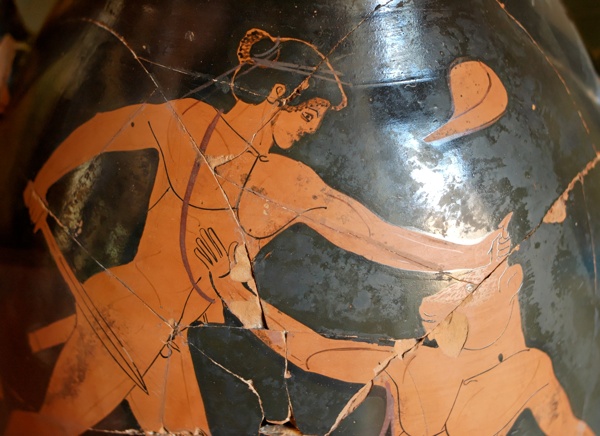 The clue to the origin of the word Clue is in its derivation from the medieval word Clew, meaning ball of thread. This may not be of much help unless you are clued up on Classical mythology. The hero Theseus was given a ball of thread to help him find his way out of the labyrinth of Minos. By following the trail of thread he left behind him he was able to navigate his way to the exit. The word clue then became associated with anything which might hint at the solution. 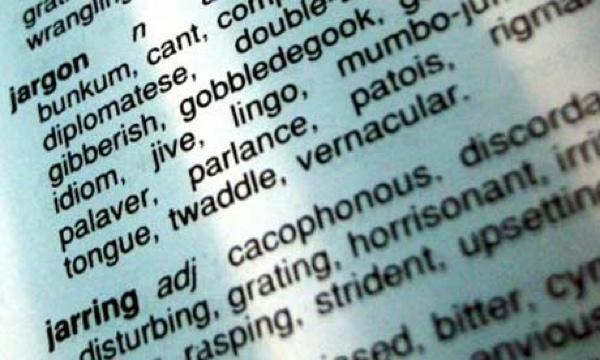 It is well known that the Ancient Greeks, with a proud history of xenophobia, looked down on anyone who could not speak Greek. They termed such foreigners Barbaroi, or Barbarians, because they seemed to bleat like sheep (Bah-Bah-Bah). Today we frown on such a nationalistic outlook but we have a similar term for those who seek to bamboozle us with technical terms when simpler ones would do. Scientists, lawyers, government ministers, and bureaucrats often hide behind unintelligible gobbledegook. We say they speak Jargon—derived from a French word meaning to twitter like birds. 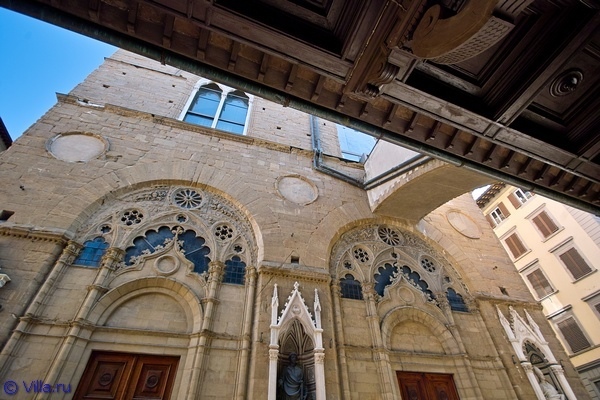 Before the invention of guttering roofs were made with wide eaves, overhangs, so that rain water would fall away from the house to stop the walls and foundations being damaged. This area was known as the eavesdrop. The large overhang gave good cover for those who wished to lurk in shadows and listen to others’ conversations. Since the area under the eaves was considered part of the householder’s property you could be fined under Anglo-Saxon law for being under the eaves with the intention of spying.