If there is one thing that sets mankind apart from other animals, it’s our talent for complex thinking. Well, that and our ability to destroy each other with absolutely anything.

Here are ten perfectly ordinary and innocent things, both alive and inanimate, that humans have turned into weapons of terrible destruction. Please, please, PLEASE do not try any of these at home. 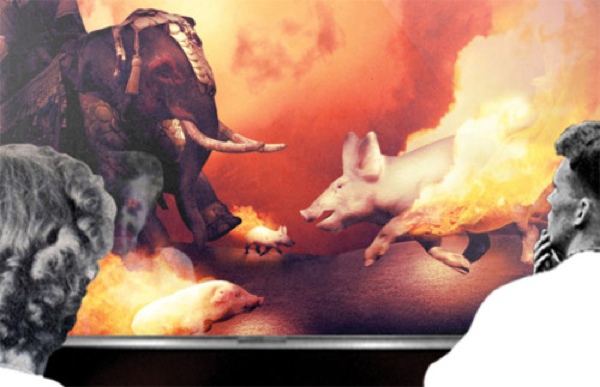 When the North African Hannibal (along with other African and Indian military commanders) decided to bring tanks into knife fights by training elephants as weapons of war, the Roman army was in trouble. Roaming the battlefield with archers perched on their backs on special “Bowdah” carrier baskets, the massive mammals were the scourge of many a campaign.

That is, until the Romans unleashed a snouted super weapon of their own. They had learned that the elephants were terrified of certain noises, such as the squealing of pigs. To make sure that the pigs indeed would be screaming, they lit them on fire and set them running at the elephants. This way, the Romans could both win their battles in an insanely cruel manner—and celebrate their victory with freshly cooked bacon. 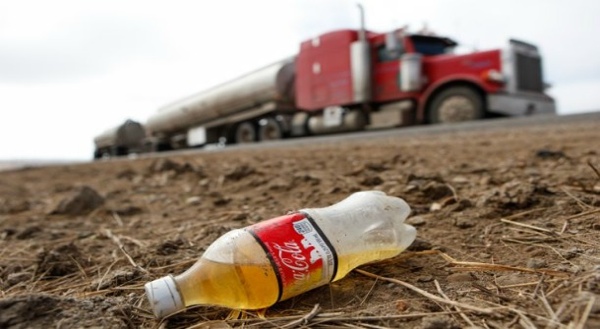 The CIA are no strangers to inventive manners of hurting people. From poison darts that cause heart attacks to shoe polish that is supposed to cause beards to fall off, their arsenal is straight out of a cartoon. Perhaps the most ingenious device they’ve come up with is a mixture of nitric acid and certain other things that explode with deadly force when mixed. The main ingredient of the bomb is something the agent can make in any conditions: His or her own urine, boiled and mixed with the other stuff. As the ingredients of the bomb were fairly easy to come by, this explosive disaster provided a lethal weapon the agents could literally produce whenever they needed.

Weapons do not always tear your flesh and grind your bones. In fact, the most terrifying ones may not physically hurt you at all. Instead, they attack the mind. Music is very good at affecting emotions. It has been commonly used in warfare since Biblical times. Joshua realized it’s hard to guard your walls effectively when the opponent is playing the tuba, and wore down the defenses of Jericho with his horn section. Later leaders have also used this strategy. Great American military commanders such as George Washington and Andrew Jackson swore by their fearful drum corps. In the Korean War, the Chinese chilled the spines of their US opponents by playing funeral dirges and eerie Hank Williams tunes that made foggy nights even scarier.

Nazi Germany enjoyed musical warfare, too. They lifted their own troops’ spirits by playing “Aryan” classical music such as the Ride of the Valkyries. Meanwhile, the Allied forces got an earful of popular hits of the era, carefully rearranged to cause distress with new lyrics that praised the Nazis and spat on the Allied forces (for instance, the popular tune “The Sheik of Araby” became “I’m Afraid of Germany”). 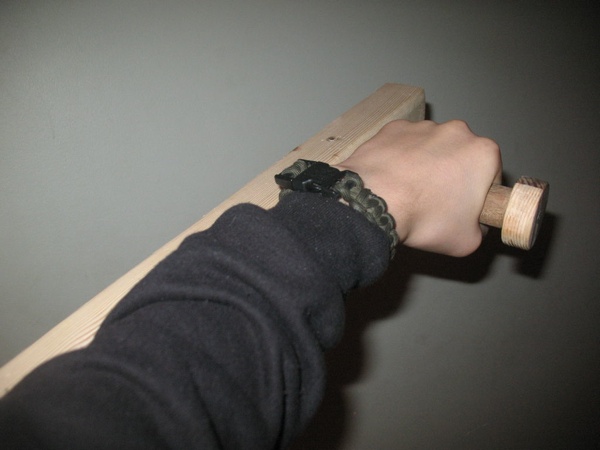 When the island of Okinawa was struggling against Japanese rule in the 13th Century, they had virtually no access to weapons. Thankfully, the locals were well versed in martial arts. They learned to make weapons out of virtually everything around them. Their most ingenious invention was the tonfa club, which was essentially just the wooden handle of a grindstone. As grindstone handles broke down all the time, spare handles could be carried around without suspicion… right until the locals started beating up the Samurai with them.

The tonfa was extremely efficient in hitting the enemy over the head, and also provided the option of blocking blows with ease. That’s why (unlike many other improvised weapons) it never really went away. In fact, the tonfa club is still used today: Police officers in many countries carry side-handle batons that are made with this specific design. 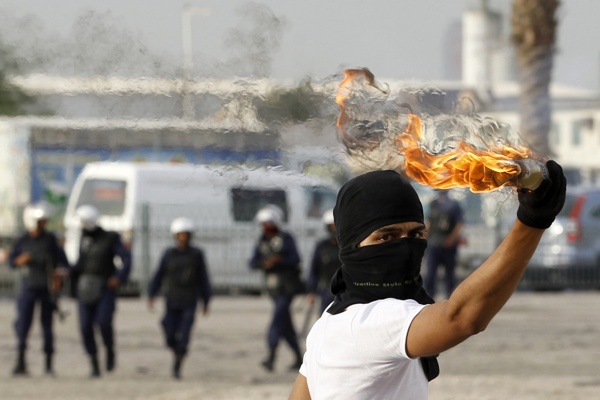 When things got serious between the Soviet Union and Finland in 1939, no one could have guessed that the Finns could hold their gigantic neighbor at bay. Still, that’s exactly what happened in the Winter War. Empty liquor bottles played a large part in the Finns’ efforts. They filled them with a napalm-like mixture of gasoline and motor oil, improvised a lighting wick from alcohol-soaked cloth and threw them at the enemy. The results were usually a massive fireball and an extremely, if briefly, surprised enemy.

This improvised projectile was called a Molotov cocktail after the Soviet foreign minister Vyacheslav Molotov, who had played a large part in starting the war. Mr. Molotov did not like the name. Presumably, the Russian soldiers on the receiving end of the weapon liked it even less. 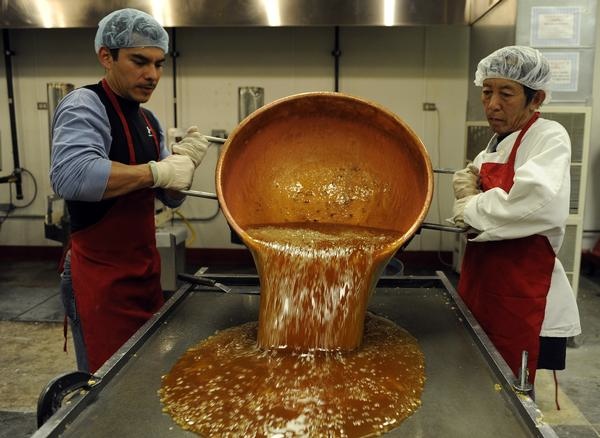 Sugar is relatively harmless, unless you happen to be a tooth. However, the sweet stuff can actually be used in ways that make even battle hardened soldiers shiver in fear. As every pastry chef (a chef specializing in desserts) can testify, boiling sugar can cling to almost anything. Its damage on exposed human skin is not unlike that delivered by napalm: It sticks on you while it keeps on burning.

While sugar is a valuable commodity and therefore rarely weaponized, it can be used to terrifying effect if there is no other artillery available. In the 17th century, a supposedly defenseless Chinese Sampan ship gave a crew of Dutch pirates a surprise of a lifetime by pelting them with boiling sugar. The Chinese crew managed to send no less than 14 pirates to a horrifying, sticky demise before ultimately losing the battle. These days, the horrors of boiling sugar are appreciated by prison inmates, who occasionally use scalding sugar water to attack each other. 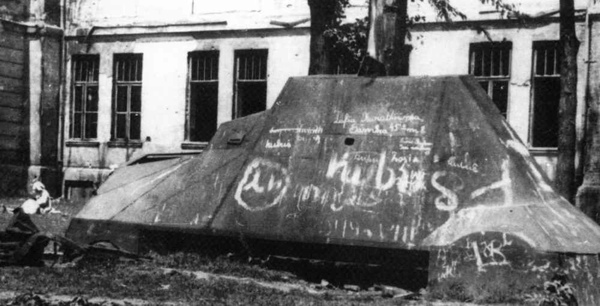 Poland is not known for its prowess in World War II, mainly because the country got run over by the Nazis before the bell even rang. This is unfair. The Polish resistance (known as the “Home Army”) did a great job fighting Germany throughout the second half of the war, using whatever they could find to create weapons.

The Home Army’s greatest creation was the Kubus Armored Car. They took a battered, old Chevrolet truck and, well, just welded stolen armor and random metal sheets into it until it became a tank. Then, they named their creation “Kubus” after a fallen comrade and equipped it with machine guns and flamethrowers. The whole process took just 13 days.

Kubus was impervious to grenades, machine gun fire and pretty much anything short of an actual panzer. Although it was eventually retired because shrapnel tore its tire, the battle car saw its share of action and left a whole lot of Nazi soldiers rubbing their eyes in disbelief. 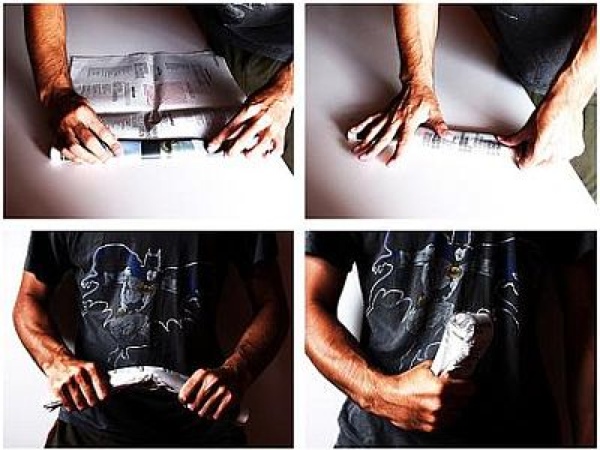 The Millwall Brick is horrifying proof that we can fashion a weapon out of literally anything. There is just one ingredient to it: Newspaper.

The only thing British soccer hooligans enjoy more than watching the game is fighting each other after it. Many of them like to have a melee weapon at hand when the enemy comes running at them. However, the fights usually happen right after the game, and soccer stadiums generally frown upon baseball bats.

The hooligans have gotten around this by learning to use pretty much anything as a weapon. Perhaps the most cunning of their arsenal is the Millwall Brick, a nasty club that is made by twisting and turning a broadsheet newspaper until it’s a rock hard nightstick. Because who would ever think to confiscate a newspaper? 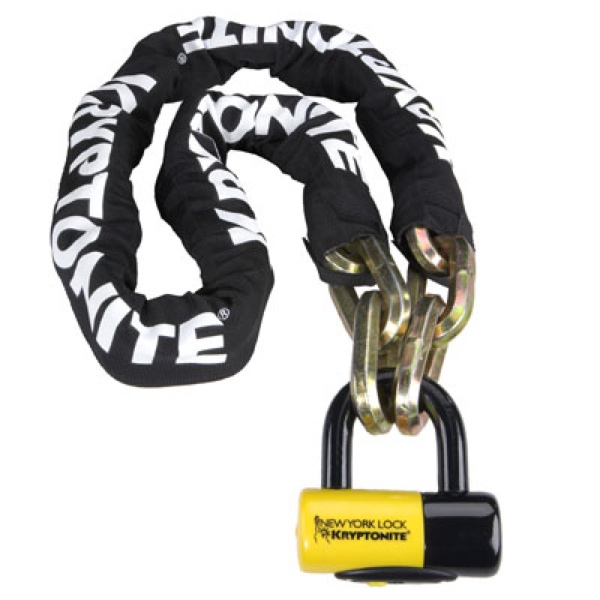 A chainlock (also known as “smiley”) is as simple as an improvised weapon can get. It has precisely two parts: One heavy piece of metal (usually a large padlock) and a length of cloth or chain it is tied to. The weapon is operated by swinging it at the enemy like a medieval morning star (a club with a spiked ball attached on a chain). Although it is technically classified as a non-lethal weapon, a properly constructed chainlock can easily break bones and crack skulls. Because it’s very cheap and easy to assemble, the chainlock has been adopted by gang members and, sadly, even some school kids. 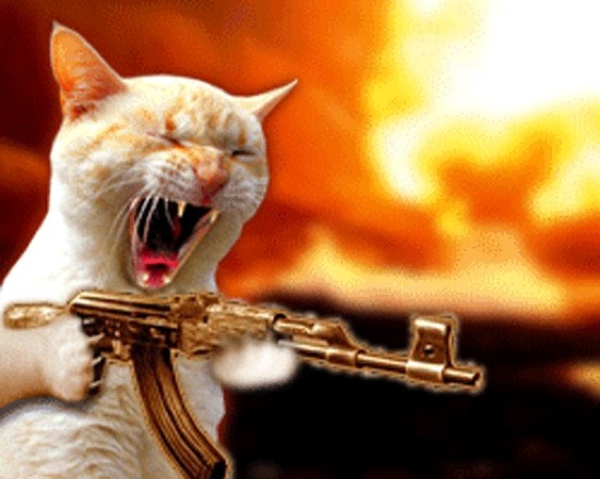 Before the Internet came along and cats became celebrities, their roles in various societies were many. From pests to valuable rat hunters to divine creatures, every culture had its stance on the noble creatures.

Perhaps the strangest way cats have ever been appreciated was in 16th and 17th Century Europe. There, cats were seen as handy siege weapons. Cats do as they please no matter how many armies are surrounding their hometown, and the enemy occasionally used this to their advantage. They caught cats that lived in the surrounded town or castle, and attached special sacks that contained flammable materials. Then, they set the sacks on fire from behind. To the cat, it would seem as the fire is chasing it. Then, the poor animal would run back in the town and try to hide in a familiar secret spot. Usually, this would be a barn or some similar place, where the sack would ignite the hay and start a major fire. This did not usually go well for the cat.