Sound is a pretty simple concept. Stuff makes noise and you hear it with your ears. But sound waves can be used to do amazing things, some that have practical applications in science, art, and medicine (and some that don’t). Here are some of the craziest things you didn’t know you could do with sound. 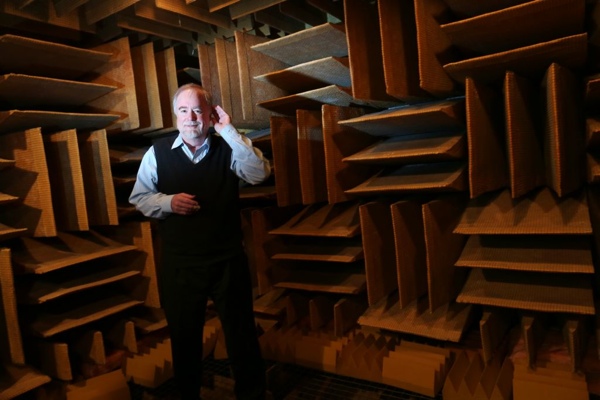 Orfield Labs in Minneapolis have designed what they call the world’s quietest room, which they use for testing low-level noise (the hum of a lightbulb, for example). The walls are completely sound absorbent, and the sound level has been measured at -9 decibels, which you’ll notice is so far below the threshold of human hearing that it’s in the negatives. It’s so quiet you can hear your own internal organs. This kind of sensory deprivation causes all of your other senses to heighten, but can also do strange things to your mind and body. (After spending a long time in the chamber, there’s a chance you’ll either develop schizophrenia or acquire the mutant ability to taste colors.) Because of this, the longest anyone has ever stayed in the room is 45 minutes, before presumably succumbing to their hallucinations. 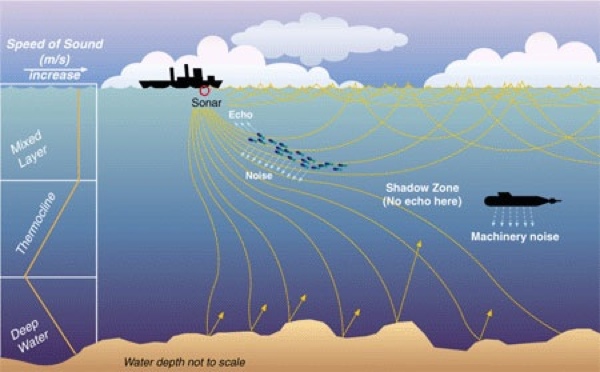 Suppose you are camping across the lake from another campsite. During the day, you can see them having a big party that they didn’t invite you to, but you can’t hear the music. At night, you hear all of their campfire ghost stories and conversations, even though they are so far away you couldn’t hear a party earlier. What gives? This phenomenon occurs when sound waves change direction (refract) based on temperature changes in the air. During the day, sound waves bend upward because of the cooler temperature above the ground. This creates a “Shadow Zone” where you are standing – the sound waves are basically flying over your head. Because it’s based on temperature changes, this happens in the ocean too, and submarine pilots can use “Shadow Zones” to their advantage to hide from sonar (and sea monsters). 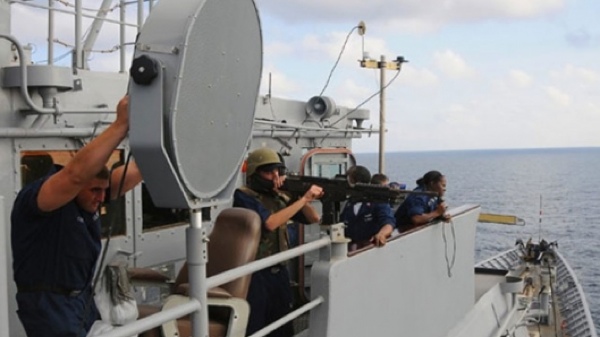 As humans, we have a tendency to turn anything imaginable into a weapon. Which is why we made a gun out of sound. The Long Range Acoustic Device is one such gadget. It looks like a black spotlight, but it’s capable of firing a “beam” of sound at a target hundreds of meters away. The beam emits up to 150 db, which decreases over distance. The weapon can be used for crowd control and for breaking up riots, since the maximum sound output (assuming you are standing right in front of it) is enough to cause severe debilitating pain, as well as permanent damage. On a more positive note, these devices have been used on European cruise ships to ward off Somali pirates. Which finally proves that screaming as loud as you can is the most efficient way to resolve a dispute.

There actually is a way that you can perceive sound waves, and it doesn’t involve some silly-looking glasses from The Magic School Bus. It simply requires a transfer of the waves into a visible medium. If you were to oscillate a plate covered in small particles (like sand), you would see that sound waves create patterns, which can be used to make incredible symmetrical art. The study of those patterns is called Cymatics. One of the first observers of this natural curiosity was Galileo in 1632, who was amazed to discover that the particles on a plate formed parallel lines when he scraped it with a chisel, which produced a hissing noise. 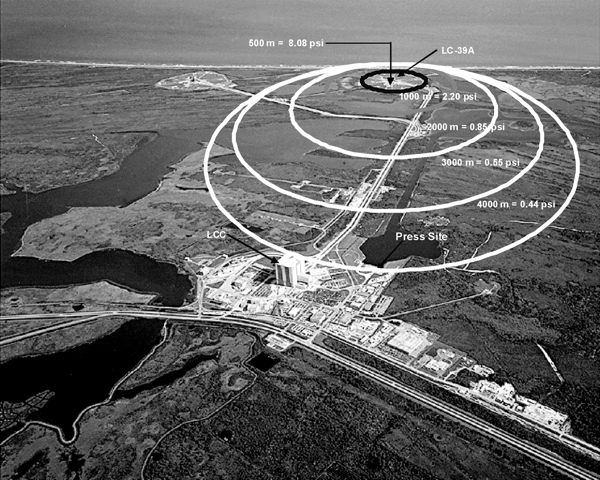 Theoretically, it’s possible to be killed by sound pressure, but not in the way you’d think. If an explosion is large enough, it can create what’s called blast overpressure, which is the sudden rise in atmospheric pressure that normally follows a huge detonation. This also causes an incredibly loud noise, which you would likely not even hear because your eardrums would have shattered at around 160 decibels. At 200 decibels, the pressure would be enough to rupture a lung and cause other internal injuries. This caused confusion during WWI, when soldiers were found dead despite having no obvious outside injuries. So, the classic movie scene of the hero getting thrown by an fireball, only to get up seconds later with his ears ringing slightly is complete crap. In real life, Rambo would be deaf and dead.

5
Fight Crime With It 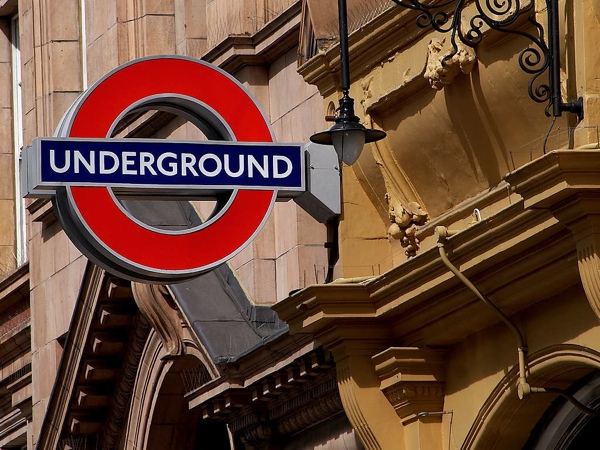 Quick, if you were asked to deter loitering at a subway station, who would you hire? A security guard? A creepy clown? How about Mozart?

Many business and city officials have started pumping classical music out onto the street in high crime areas, like parking lots, in order to discourage criminal activity. The thought process is that the music is so obnoxious that people wouldn’t want to hang around it. But it’s also based in science: when you hear music you don’t like, your dopamine production is suppressed, putting you in a bad mood and making you want to avoid the area. Or maybe it just makes people more docile and calm. Whatever the case, it appears to be working: London started playing classical music in its subway stations in 2003, and within a year and a half robberies and vandalism dropped by a third. And for all you country music fans, know that somewhere there is a business that is using your favorite music to purposely annoy people off of their property.

4
Turn It Into A Laser 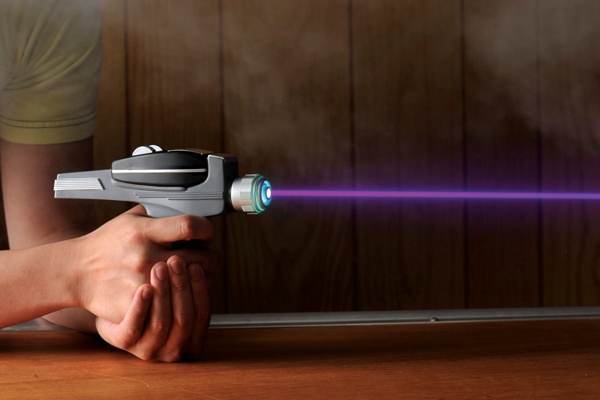 Lasers are pretty cool, right? A laser works by emitting light at a very narrow wavelength. This is an efficient way to move energy around, and because light travels in a vacuum, it can be used anywhere. Because of this, lasers had only been ever made out of light waves. Sound waves, on the other hand, require a medium to travel through, which is why the idea of using sound in lasers seemed far off. But in 2010, scientists in Japan created a device that emits these “phasers” at 170 kHz, which is 8 times the highest frequency humans can perceive. Sure this isn’t as exciting as a laser light show at the museum, but it still has useful applications in the fields of medicine and computers. 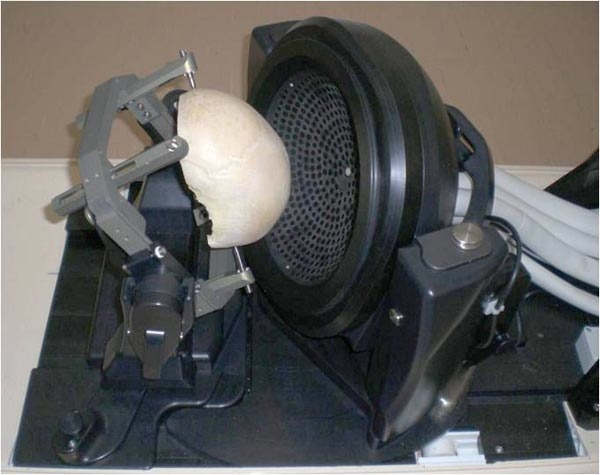 Speaking of medicine, what if you found yourself with a gaping wound that needed to be seared? Simple: just shoot yourself with a high-intensity focused ultrasound beam! A HIFU Transducer is a device that can be used to focus acoustic energy so much so that it creates heat, akin to how holding a magnifying glass up to the sun can burn a hole in the driveway. As a University of Washington professor of surgery puts it, “You can basically do the same thing with ultrasound.” The device can heat an area as small as a grain of rice to hundreds of degrees Fahrenheit, and in one study it was able to seal punctured lungs in pigs with a 95% success rate. In two minutes. This is a huge step for non-invasive surgery. Plus, it will give bored suburban kids one more creative way to torture ants.

2
Go Back In Time 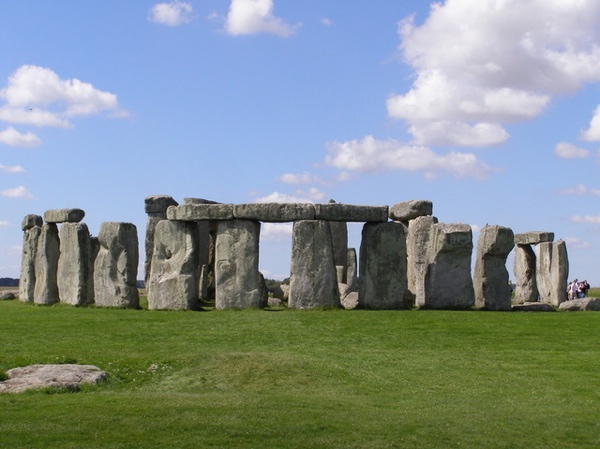 One of the most interesting new fields of historical research is called Archaeoacoustics and it’s basically what it sounds like: using sound as a tool in the study of archaeology. Every room in your house has a different “sound,” in that depending on how the room is laid out and what decorations or on the wall, you will get a certain echo that is unique to that room. The idea here is that an historical site will have a certain “sound” to it as well. So, scientists at the University of Salford in the UK decided to figure out what Stonehenge sounded like. They popped balloons and recorded the reverb and echoes with a field recorder, and then analyzed the results with a computer model. They found that Stonehenge was a rather reflective space, with a reverb time similar to that of a lecture hall, due to the flat surfaces of the stones. This may even have contributed to it’s spiritual significance in the past. And thanks to the Internet, you can go visit Stonehenge without leaving your chair.

1
Navigate With It (If You’re a Bird) 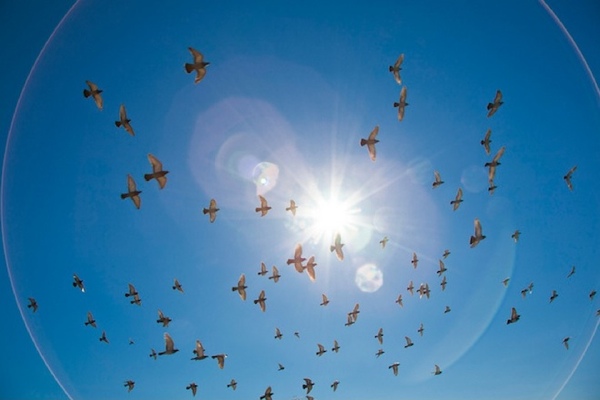 We know that many animals, like bats, navigate with supersonic sound waves. But until recently, scientists couldn’t figure out exactly how birds were able to fly such huge distances and find their way back home. In 1997, 60,000 birds got lost during a pigeon race from France to England when they crossed the path of a Concorde jet. Instead of wondering aloud why people were racing thousands of pigeons for entertainment, geophysicist Jonathan Hagstrum decided that the low-level sound made by the jet (imperceivable to humans) was messing up their compasses. By analyzing a series of studies, Hagstrum concluded that birds create “sound maps” to navigate, and irregular terrain or man-made objects could alter a bird’s course by accident. So next time your friend challenges you to a pigeon race, shoot his with a Long Range Acoustic Device. That’ll teach ‘em! Also it will probably kill it.

Read more from Chris over at Cracked.com and Laffington.com.