Sickness abounds; although many of us have not suffered through anything more debilitating than the flu, there are hundreds of strange and exotic diseases out there just waiting to cut you down to size.  But some diseases don’t merely kill you—they seek to mutilate you on the way out.  Below are ten of the most grisly conditions men have ever had to endure. 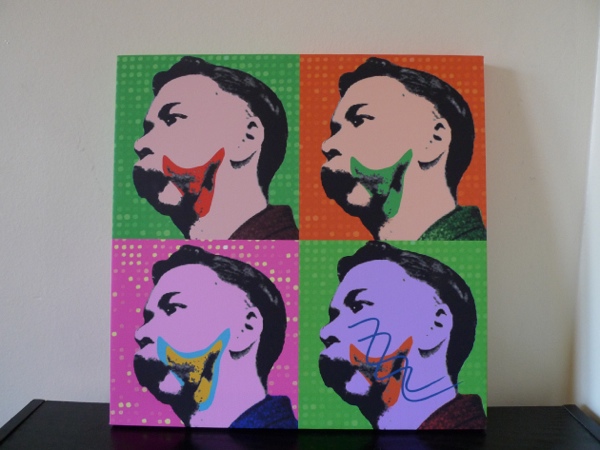 Luckily, this disease has been lost to history.  In the 1800s, workers in the match industry were exposed to massive amounts of white phosphorous—a toxic substance that would end up giving them a terrible pain in their jaws.  Eventually, the jaw itself would abscess, fill with pus, and simply rot away.  The bone would give off the odor of death, and even glow in the dark.  If the jaw was not surgically removed, the phosphorous would go on to attack the organs of the body, and cause death. 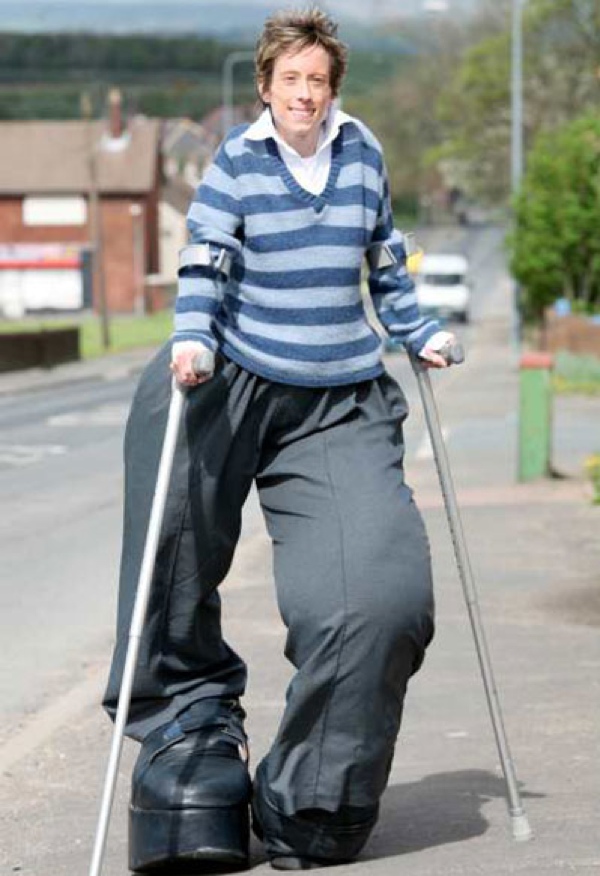 One of the rarest conditions in the world (only about two hundred cases have ever been confirmed), Proteus Syndrome is a congenital disorder that causes various portions of the body to grow recklessly. Asymmetric bone and skin tumors often cover the skull and limbs—especially the bottom of the feet.  There is a theory that Joseph Merrick—the so-called “Elephant Man”—suffered from Proteus syndrome, although DNA tests have proven inconclusive. 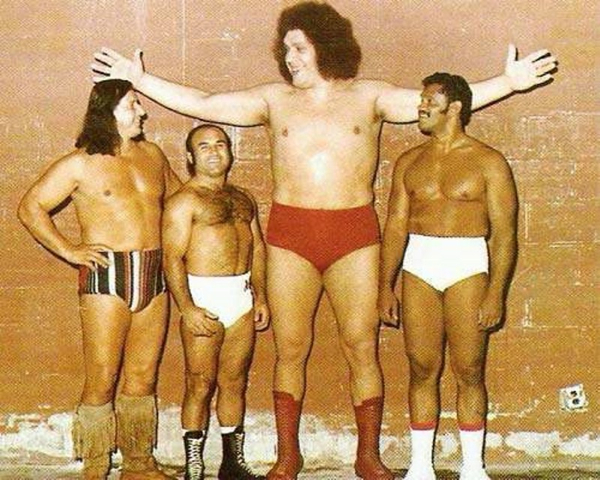 Acromegaly is caused when the pituitary gland produces excess growth hormone.  The gland is generally affected by a benign tumor, which causes victims to develop hulking proportions long after their bodies were hardwired to stop growing.  In addition to great size, sufferers develop a typical appearance: a bulging Neanderthal brow, gapped teeth, along with an underbite.  Probably the most famous person with acromegaly was Andre the Giant, who at his peak stood seven feet and four inches tall (2.2m) and weighed over five hundred pounds (225kg).  If the condition is left untreated, the body eventually grows to such a size that the heart can no longer support it.  Andre died of heart disease at the age of forty-six. 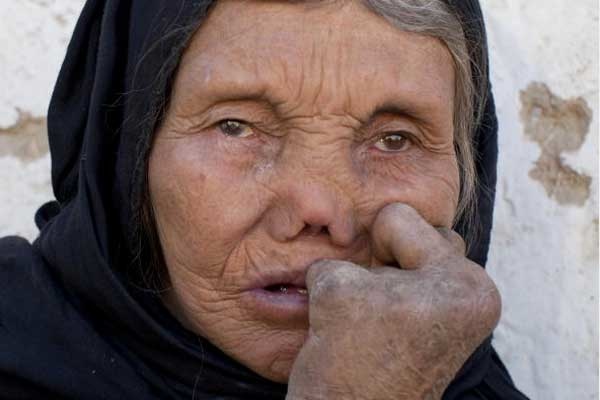 Leprosy—caused by bacteria—can be traced back thousands of years.  It manifests itself slowly, with ulcers appearing on the skin and growing until victims appear to be rotting away.  It tends to strike most severely in the cooler areas of the body (the face, hands, feet, and genitals). Although whole limbs don’t fall off, it is not uncommon for affected people to lose fingers, toes, and even their nose, leaving behind a nightmarish face with ragged holes in the middle.  So hideous are sufferers of leprosy that for centuries they have been exiled from society, and even today there are “leper colonies” throughout the world. 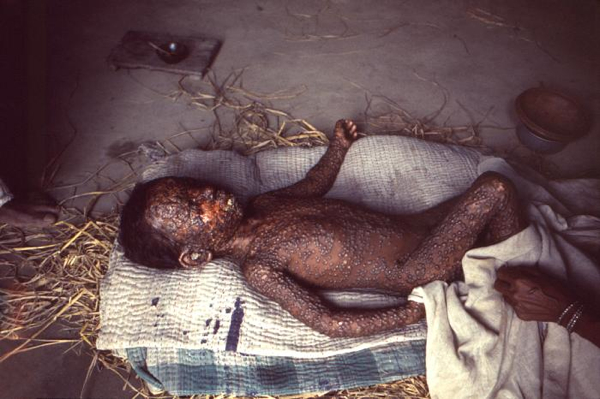 Another ancient affliction, smallpox has been observed on Egyptian mummies—but it has been considered eradicated since 1979.  About two weeks after contracting the disease, the body is covered in a painful rash of bloody, leaking lesions not unlike pimples.

After a few days—if you’re lucky enough to survive—the pimples dry up, leaving behind terrible scarring.  George Washington and Abraham Lincoln both lived through smallpox, and Soviet leader Joseph Stalin had a particularly nasty case.  He was known to be extremely self-conscious of the pockmarks on his face, to the point that he would have pictures retouched. 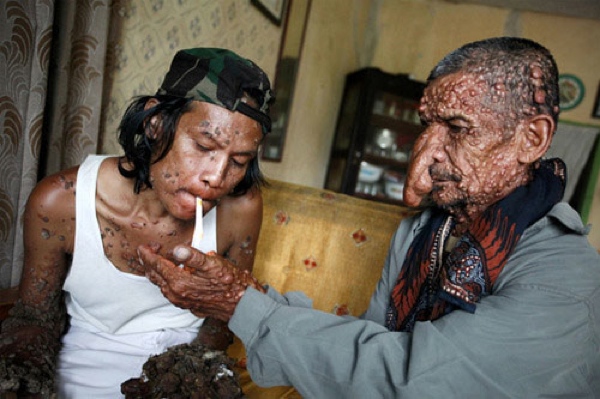 A very rare skin disorder, Epidermodysplasia verruciformis is characterized by a susceptibility to human papilloma virus, and the growth of horrifying tree-bark-like warts over the body.  The world at large first heard about this dreadful disease in 2007, when the case of Dede Koswara showed up on the internet with a similar disease.   Dede was featured on shows on both Discovery and The Learning Channel.  He has since undergone multiple surgeries to remove his warts, with pounds of them hacked off at a time.  Unfortunately, the warts of both diseases are very aggressive, and grow back immediately.  It is estimated that Dede will need at least two surgeries a year to maintain a reasonably normal appearance. 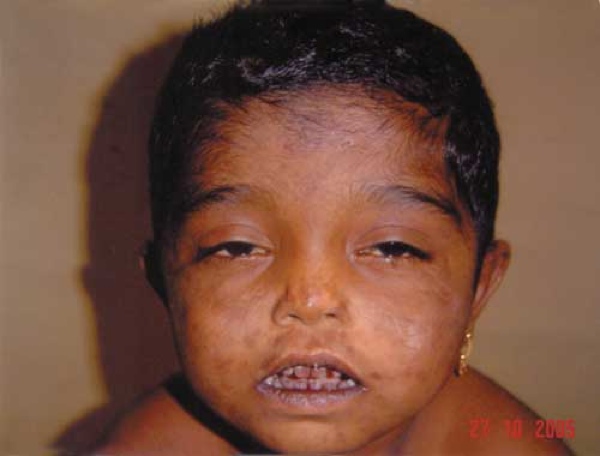 Porphyria is an inherited genetic condition that results in the buildup of porphyrins (organic compounds that have various functions in the body, including the production of red blood cells).  Porphyria attacks the entire body, particularly the liver, and can cause all manner of mental health issues.  Sufferers of cutaneous porphyria have to limit their exposure to sunlight, which would cause their skin to swell and blister.  It is thought that the appearance of people with porphyria may have helped give rise to legends of vampires and werewolves. 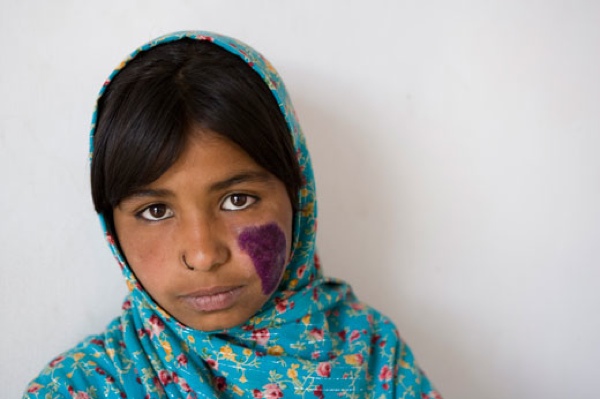 Found throughout the world (particularly in the warmer climes), the sandfly is a blood-sucking insect quite like a mosquito.  Unfortunately, the sandfly does not always simply take blood; it sometimes leaves behind a parasite as a parting gift.  Soon, the tiny bite grows into an ugly, festering ulcer.  Worse still, sandflies tend to bite the face.  Left untreated, the wounds can take months to heal. In Afghanistan, where they are particularly common, they are referred to as “one-year sores” 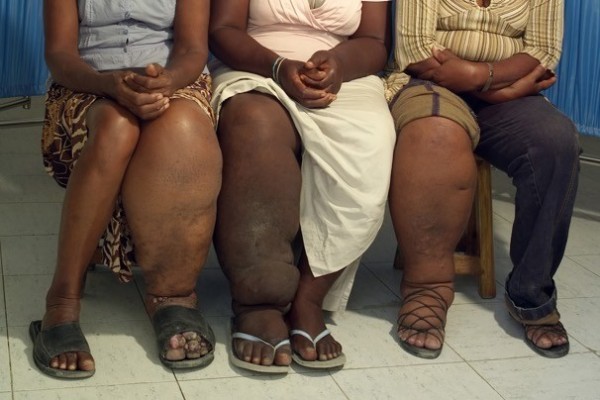 Caused by the bacteria inside parasitic worms, or by contact with irritant alkali soils, elephantiasis is a horrifying condition that results in the swelling and thickening of the skin in the legs and groin.  It is common in tropical areas and especially Africa, and well over one hundred million people are afflicted.

The swelling is a result of the body’s immune system attempting to fight the disease, and victims suffer severe pain in the affected area as well as headaches and nausea. There is no known cure, although certain antibiotics have proven effective in reducing symptoms.  In the worst cases, surgery or even amputation may be required. 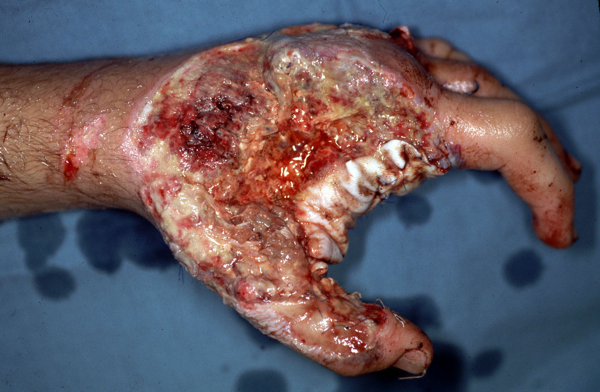 Minor cuts and scrapes are a part of life—and for the most part, they are merely inconvenient.  But in the presence of flesh-eating bacteria, the smallest of wounds can become life-threatening in mere hours.  The bacteria do not actually “eat” the flesh, but release toxins that destroy tissue.  The infection is treated with massive amounts of antibiotics, and all affected flesh must be removed to stop it from spreading.  Surgeries often involve the amputation of limbs and other apparent mutilations.  Even with medical care, necrotizing fasciitis is lethal in 30-40% of all cases.

Mike Devlin is an aspiring novelist.  He tries to stay out of the doctor’s office.