Animals have always been a massive part of medical research. They are most commonly utilized in clinical trials, where we test the effectiveness and safety of new medications before moving on to human trials.[1]

While animal testing is very crucial to the success of human medications, there are amazing lines of research involving animals in a less traditional sense. Some involve training animals to sniff out diseases, utilizing their body fluids for human treatment, or even using components of otherwise deadly venoms. Whether you are for or against animal testing, the things on this list will be sure to blow your mind! 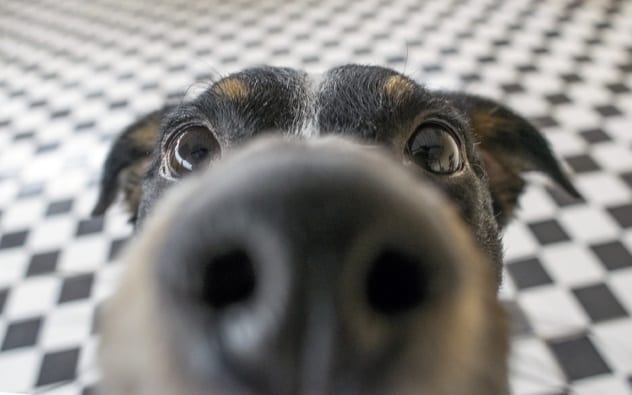 There are many stories out there telling the tale of how a pet owner noticed their dog acting strange around them. Open further examination, they notice a lump or start feeling sick. After going to the doctors, they are diagnosed with cancer and have their dogs to thank for saving their life! But how does the science around this actually work?

It can really be chalked up to one thing: dogs’ amazing sense of smell. In our noses, we have olfactory receptors, which allow us to distinguish odors. The average human has approximately six million of these in their nose, while dogs have a whopping 300 million. This makes their sense of smell a lot more than just superhuman; it allows them to detect the slightest differences in the scents around them. What scent does a pet dog pick up on most often? Their owner, of course. Knowing this, it makes sense to think that dogs can even smell biological changes within us.

How effective is this method in terms of catching cancer early? A study using urine from prostate cancer patients found that dogs had a 91-percent success rate in identifying the cancer.[2] Maybe sometime in the near future, we’ll see dogs used as a cancer screening method. 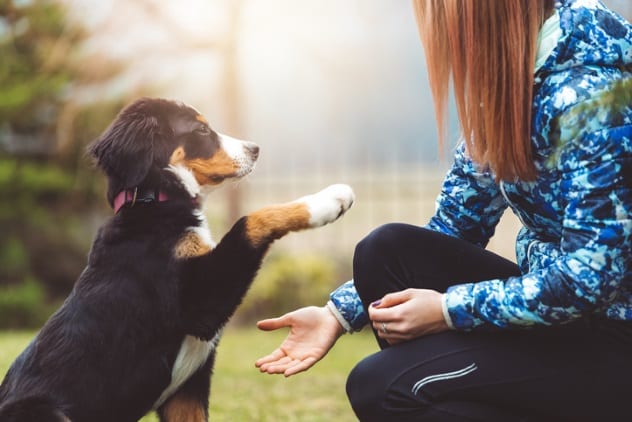 You’ve probably heard that animals have positive impacts on depression, but this isn’t the only mental illnesses that animals can improve. To list a few, animals aid in autism, ADHD, and anxiety.[3]

Animals accomplish this by presenting social opportunities that would not arise otherwise. A good example of this is a depressed pet owner walking their dog. Also, exercise of any kind has been proven time and time again to alleviate symptoms of depression, as does being outside in nature. Pets can help improve sensory perception in autistic individuals and allow people suffering from ADHD to learn what routine is like and handle the responsibility of taking care of a living creature.

What pet owner doesn’t feel better after petting and cuddling their cat, dog, horse, rabbit, or any other pet out there? Knowing that an animal loves you unconditionally is a pretty special feeling and can lessen the mental burden of illnesses like depression and anxiety. 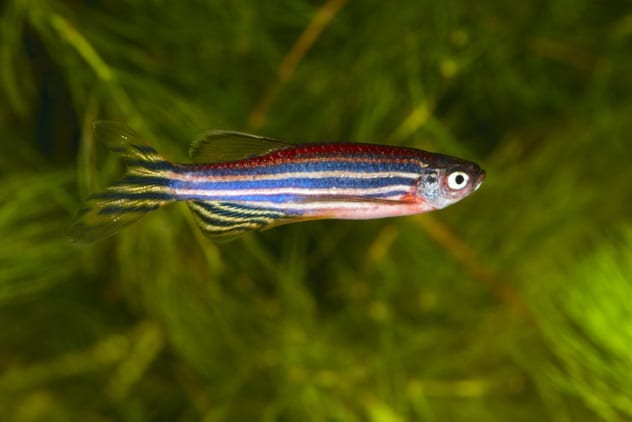 In the United States, the vast majority of adults are either obese or overweight. In fact, 160 million (including both adults and children) are estimated to be overweight or obese. In an obese person’s body, there is an underproduction of or lack of sensitivity to leptin (a hormone that inhibits hunger and regulates fat stores) and a decrease in the body’s sensitivity to insulin (which regulates fat, carbohydrate, and protein metabolism). This is why obesity is considered a metabolic disorder, as hormones that regulate our metabolic system are being compromised.

Proteins found in zebrafish have been used in clinical trials involving mice that are being fed high-fat diets. Using these proteins as drug injections protected mice from the causes of obesity, explained above as the lack of sensitivity to necessary metabolic hormones.[4] If this is could be applied to humans, this means that a simple injection could mitigate most of the harm caused by our Westernized diets. The results are remarkable and have opened up a huge area of research for the treatment of metabolic diseases. 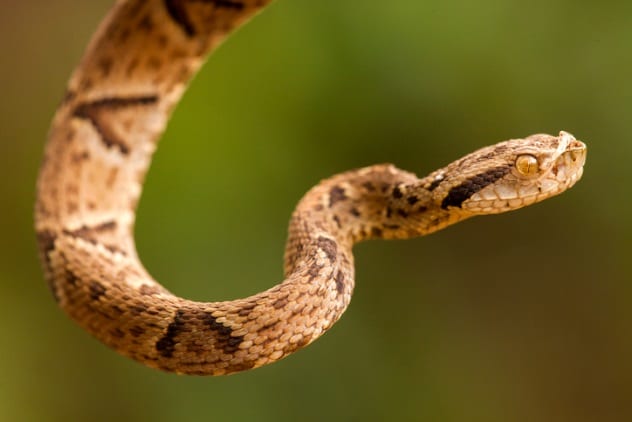 The venom of Bothrops jararaca, a Brazilian pit viper, can cause you hemorrhage (due to your blood being unable to clot) if you are bitten by it.[5] This sounds terrifying, and the snake looks pretty terrifying, too. It comes as a huge surprise, then, that the venom of this deadly snake led to the discovery of the method used to treat another of America’s biggest health problems: high blood pressure.

If injecting this venom into you is deadly, how could this possibly be of help to us? The entire process is actually pretty revolutionary. Back in the past, medical researchers looked everywhere for the key to decreasing blood pressure. The Brazilian viper’s venom gave us that key. ACE inhibitors, the current treatment for high blood pressure, were originally developed from a peptide in the venom. These inhibitors block receptors in our body that tell our blood vessels to constrict, causing high blood pressure. 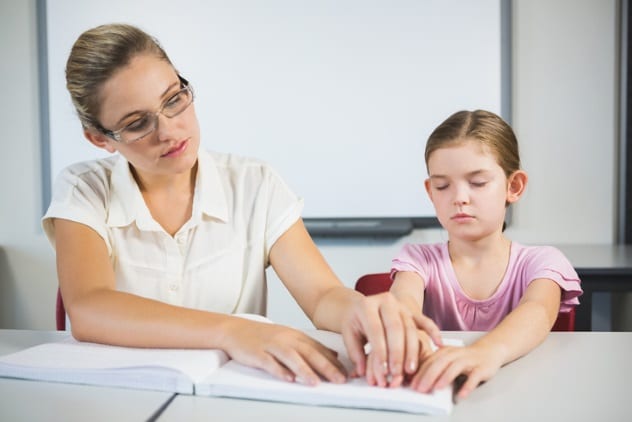 While childhood blindness isn’t as common compared to other illnesses on this list, it is still very unfortunate. Children are born without one of their five main senses, making their life difficult from a young age. Giving sight back to someone who was born blind seems like an impossible miracle, but a linked gene found in mice could make this possible.

A 2006 study dealt with childhood blindness caused by defective genes, meaning that the proper cells that allow us to see aren’t created. This model was recreated in mice by knocking out the same gene that is missing or damaged in blind humans. When using gene transfer to reintroduce a healthy version of that same gene, the mice were able to begin producing the necessary cells for sight.[6] 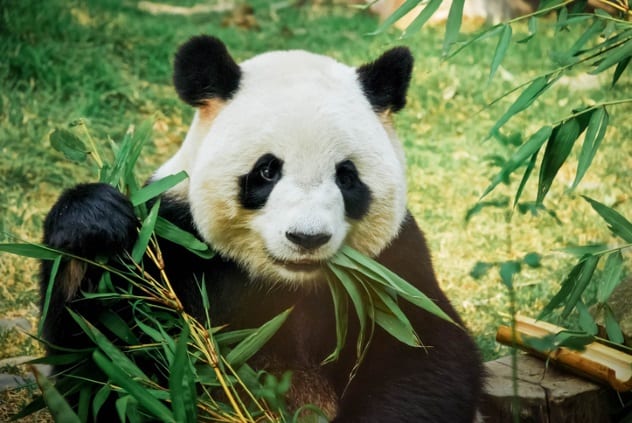 Giant pandas look cute and cuddly, and their benefits to humans are proving to be so much more than just their adorable exterior.

Pandas happen to ingest and encounter a lot of types of bacteria in their natural habitats. Due to their constant exposure, their bodies have evolved to produce multiple strains of natural antibiotics. We can derive specific compounds from the panda’s genomes and use them to produce a diverse range of antibiotics that can fight bacteria and fungi.

This is significant because the antibiotics pandas produce have been found to kill certain strains of bacteria six times faster than the antibiotics we currently use.[7] 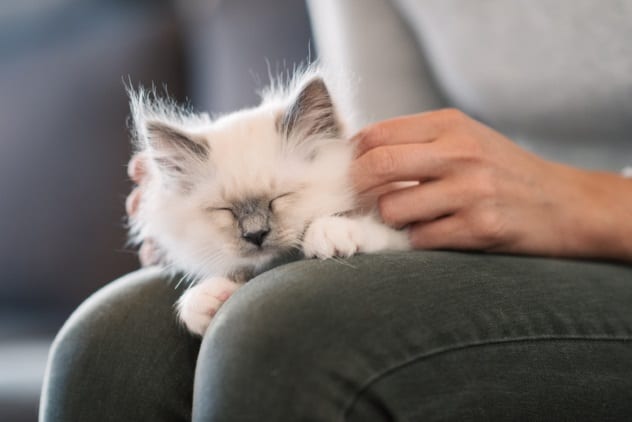 This one is pretty mind-blowing. There is legitimate medical research that backs up the healing properties of a cat’s purr. If there wasn’t enough reason to own a cat, this should push aspiring cat owners over the edge.

There are a couple frequencies that promote bone growth and healing; they are 25 and 50 hertz.[8] These low frequencies also happen to be in the range of cat purring, anywhere between 25 to 150 hertz. Scientists hypothesize that the reason cats purr is to promote self-healing, using their own frequencies to help with any internal bone injuries. This would also explain why cats purr when they are under stress or in pain.

The pressing question is whether it really benefits human bones as well. There is no scientific research directly supporting this theory, but many studies have shown that pet owners live longer. If cat purring was a contributing factor to this, that would be pretty amazing.

3 Dolphins Could Make Us Super-Healers 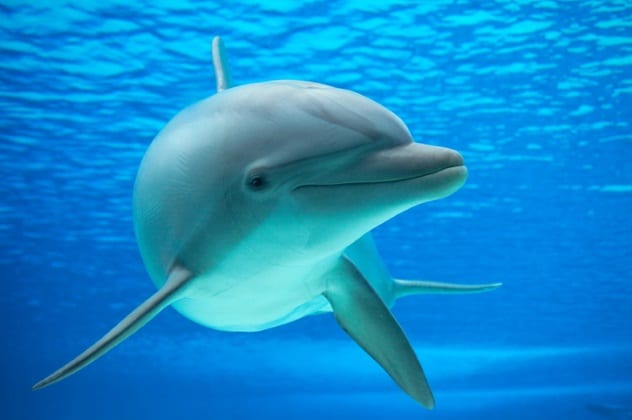 Imagine getting a shark bite and not suffering that much for it. Shark bites may not be lethal the majority of the time, but we still have to go to great lengths to properly heal the wound. Stitches, antibiotics, and other measures need to be taken to ensure that the wound closes and doesn’t get infected.

Large injuries observed on dolphins (presumably caused by sharks) require no special attention at all to heal. Their injuries healed in only weeks, despite the wounds being significant. The dolphins showed no signs of intense pain or discomfort from their injuries, and no permanent damage was dealt to them.[9]

This strength of healing is unheard-of in any human suffering from an injury of this magnitude. So how do dolphins do it, and how could this benefit us?

Scientists suspect dolphins don’t bleed or get infections due to their “diving reflex,” which diminishes blood flow. Natural antibiotics found in their blubber ensure that no life-threatening infections occur. Similar to the giant panda on this list, we can utilize these antibiotics as well as learn a lot from their amazing healing properties. 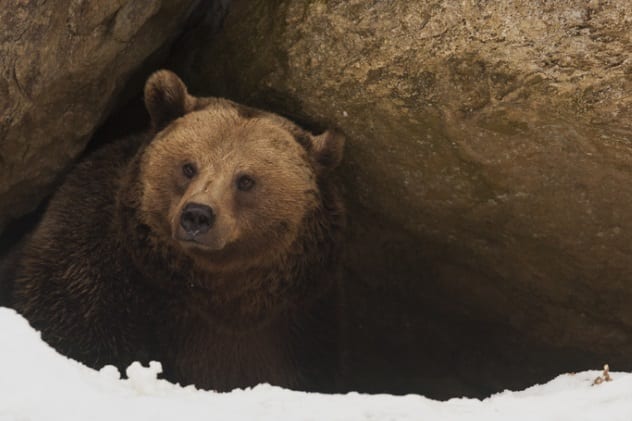 The human brain uses synapses to pass signals from neuron to neuron. This process is essential for everything we do, from exercising to sleeping. We struggle to repair damaged synapses, this is why neurodegenerative diseases are so dangerous. However, a recent breakthrough allowed us to observe synapses that undergo significant cooling but still function after the cooling is over. Hibernating mammals manage this, though the study in question used artificially cooled mice.

The study was able to link a specific RNA-binding protein (RBM3), which was responsible for restoring the synapses after the severe body cooling.[10] If this protein is removed, there is a significant reduction in synapse repair. This data supports the necessary presence of RBM3 for synapse and neuron health as well as the possibility of using gene therapy to increase production of RBM3 in patients with neurodegenerative diseases. 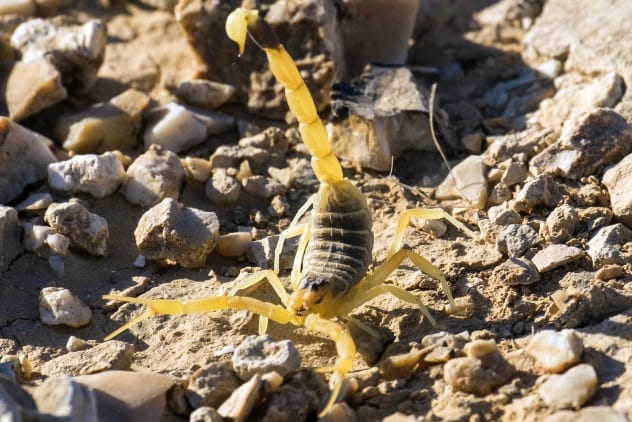 Scorpion venom is yet another type of venom that you wouldn’t expect to both help and harm humans. The scorpion in question is Leiurus quinquestriatus, more commonly known as the deathstalker. That name speaks to the nature of this scorpion—it’s pretty deadly. The mix of neurotoxins in its venom is extremely dangerous; get stung by it, and you’ll need to be rushed to the nearest hospital.

Unlike the snake venom mentioned before, the compound utilized comes straight from the scorpion venom, and its name is chlorotoxin. This chemical can target brain tumors originating in the top of the spine and brain.[11] The discovery of chlorotoxin has justified research into other scorpion toxins, and more testing is needed to see just how effective other species’ venom is.

Operating on tumors within the brain and spine is very risky. One wrong move, and the surgeon can cause irreversible damage. This makes chlorotoxin even more valuable. If we can fight tumors without operating, many risks are alleviated.