If all the photos of babies posted on Facebook were printed out and stacked into igloos to house the homeless, the process would generate seven million jobs and cut the national deficit by a quarter. And statistically, twelve people will sue Listverse for printing that sentence—because not a word of it is true.

People are generally smart—we’ve advanced too far as a culture to blame it on dumb luck—but for whatever reason, certain situations seem to kick the common sense out of an individual and replace it with . . . well, we don’t even know. There are people out there who will stretch and distort their circumstances to take advantage of the legal system, often for hilariously inappropriate sums of money. Here are ten ridiculous lawsuits that never should have seen the inside of a courtroom: You may not know this, but there’s a city in Turkey called Batman, located beside the Batman River in the Batman Province. What you do probably know is that Batman is a superhero and titular hero of the Dark Knight trilogy, directed by Christopher Nolan. In 2008, the city of Batman sued Christopher Nolan and Warner Bros—the production studio behind the films—for using their town’s name without getting permission first.

The mayor of Batman, Huseyin Kalkan, who either has the best sense of humor or a complete lack of one, stated, “There is only one Batman in the world” in his defense of the lawsuit. He claims that not only should the city receive royalties for the use of the Batman name, but that they should be compensated for the “psychological impact” on residents and, as well as an inexplicably high suicide rate among females in Batman—all apparently caused by the Dark Knight films. 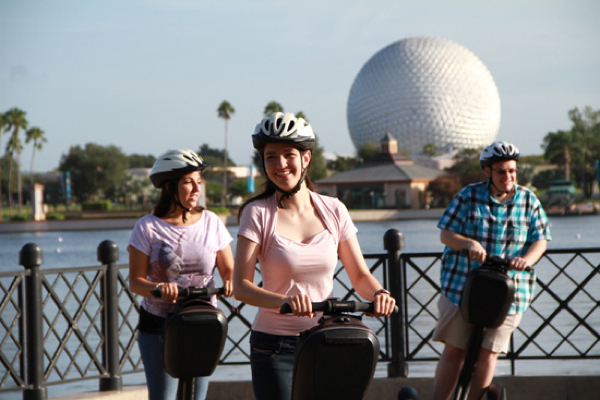 A few years ago, Disney banned the use of Segways—those two wheeled scooters that you stand up on—in its parks, for safety reasons. Since then, they’ve faced a barrage of criticism from the disabled community, culminating in a lawsuit by a couple from Illinois and a woman who lives in Iowa, who claimed that not allowing its visitors to use Segways was a violation of the Americans with Disabilities Act.

The kicker is, there’s no ban on seated scooters or motorized wheelchairs, and Disney has started providing its own version of standing scooter which is slower and easier to maneuver, reducing the chance of accidentally running over children. They charge a fee to use the scooters (ESVs), but they also agreed that they could waive the fee if the guest brought their own Segway.

So with all of that in mind, the only grounds for suing is that it would be inconvenient for someone to learn to operate a scooter that they’re not used to. The lawsuit was dismissed almost immediately, but the three plaintiffs tried again, and managed to win $4,000 each (with Disney picking up the $185,000 court tab). And at the end of it all, Segways are still banned, and the plaintiffs used their $4,000 settlements for a week at Disney World. Justice at last. In the year 2000, Andrew Burnett got into a fight over a fender bender on a highway in San Jose, California. The situation became heated, words were exchanged, and Andrew Burnett grabbed the lady’s dog and hurled it into traffic. The dog was killed, and Burnett went to jail for three years. Everybody got what they wanted, sort of.

Then in 2003, Burnett filed a one million dollar lawsuit against the dog’s owner, claiming that she had defaced his image and caused him mental anguish, along with lost wages from the time he had to spend in prison. Thankfully, the judge decided not to compensate the dog tosser, and threw the case out of court. Cookies will brighten up anybody’s day—especially if they’re being given away for free. At least, that’s what two teenage girls thought when they surprised their neighbor with a plate of homemade cookies. But they were in for a surprise.

The two girls, Lindsey Zellitti and Taylor Ostergaard, wanted to do something nice for their neighbors. So they went around their neighborhood, knocking on doors and leaving a small package of cookies in front of every door. When they got to forty-nine-year-old Wanita Young’s house, the sound of the girls knocking on the door apparently drove her into an anxiety attack, causing her to call the police who eventually took her to the hospital.

After the girls apologized, and after they offered to pay her hospital bills, Young still decided to take them to court and sue them for $900—and she actually won the case.

6
Homeless Man vs. His Parents In February 2013, a homeless man named Bernard Bey filed a lawsuit against his parents on the grounds that his current situation—homelessness—was caused by their emotional neglect. He’s asking them to pay $200,000 for emotional damages, stating that he feels “unloved and abandoned.” And that’s actually the normal part of the lawsuit—Bernard ran away from home at the age of twelve, and claims that he was abused by his father as a child; since then he has lived in and out of poverty—and jail—for nearly twenty years. That’s terrible parenting at best.

But Bernard Bey’s lawsuit didn’t stop at $200,000—and this is where it begins to get a little odd. In addition to the money, the lawsuit asks his parents to mortgage their home and purchase two Domino’s Pizza franchises, through which they might then employ the entire family. He’s suing them to give them a career. And with a final heartbreaking twist, Bernard said that he’s willing to drop the lawsuit completely if his family will just sit down and talk with him over dinner.

5
William Baxter vs. His Wife’s Cat 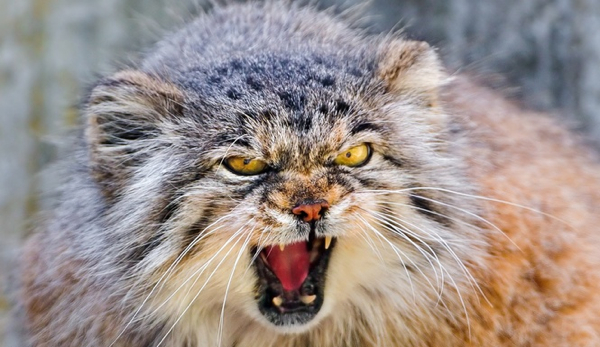 In 2011, William Baxter was watching over a friend’s cat when the animal “viciously” attacked him and bit his finger. So Baxter took the only reasonable option left open to him: he sued the cat’s owner for $100,000. He demanded $50,000 for scratches on his arm, and then another $50,000 for the bite to his finger. The finger in question was his ring finger, a subtle irony because the owner of the cat, Christine Bobak, might actually be his wife—the newspaper that originally reported the lawsuit, the Southtown Star, did some digging into the case and found that the two were listed as married on Facebook.

Either way, the lawsuit claims that not only is Baxter suffering now, but he will “in the future continue to suffer,” which is probably a reference to the procedure of tearing off his band-aid. In 2009, John Coomer was watching a baseball game when a hot dog crash-landed in his eye. The culprit: Sluggerrr, the mascot of the Kansas City Royals, who had been tossing hot dogs into the crowd between innings. Blinded by fury and mustard, Coomer filed a lawsuit against the team and took them to court.

He claimed that the hot dog caused a detached retina in his left eye which resulted in surgery, and that the act of chucking hot dogs was a danger to the crowd. After some deliberation, the jury ruled that the incident was one hundred percent Coomer’s fault, and that airborne foodstuffs are inherent risks involved in watching a baseball game. They also agreed that, since Coomer had been to 175 Royals games and witnessed the “Hotdog Launch” dozens of times, he was definitely aware of the sausage-shaped danger.

But Coomer and his attorney appealed to a higher court, and somehow got the verdict reversed. The judge ruled that—and we quote—“. . . the risk of being hit in the face by a hot dog is not a well-known incidental risk of attending a baseball game,” which is a sentence we can only hope to hear in real life. 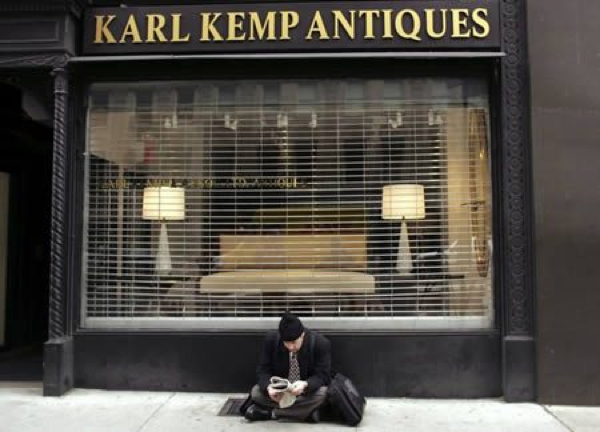 Karl Kemp Antiques is a high-end antique shop located on Madison Avenue in New York City, owned by Karl Kemp. After putting up with homeless people living outside his shop for more than two years, he decided to take action: he filed a lawsuit against four of them for one million dollars, and sought a court order to keep them one hundred feet away from the door of the shop.

Ignoring the obvious fact that if any of them had a million dollars they probably wouldn’t choose to sleep on his sidewalk, Kemp’s lawsuit has been deemed “mean-spirited” by the policy director of the Coalition for the Homeless. Even Kemp’s lawyer admitted that the homeless people weren’t really breaking any laws, and that they only put one million dollars on the lawsuit because they “had to name a figure.” On February 4, 2004, a worker for a local meal delivery company slipped and fell on a patch of ice while walking across the driveway of Anne Keipper, a then-seventy-eight-year-old woman living in Milwaukee. An ambulance came, the delivery woman left, and nothing more was heard about the incident.

Nothing, that is, until 2007—three years after the fall occurred—when Sentry Insurance contacted Anne Keipper to inform her that they were suing her pants off to pay for the medical expenses for the worker who fell on her driveway (Sentry was her insurance provider). The worker herself, Dolores Tanel, was named an involuntary plaintiff, which is someone who refuses to join a case as a plaintiff.

That means that Sentry Insurance—a company with an estimated $2.3 billion in total revenue—was suing Keipper—an eighty-one-year-old woman who happened to have a driveway at the wrong place and time—of their own volition, simply to cover a compensation claim they paid out to their own client, which is the reason they’re in business in the first place.

1
Pearson vs. Chung
(The Pants Lawsuit) In 2005, Judge Roy L. Pearson brought a pair of pants to a Washington, D.C., dry cleaner named Custom Cleaners. The cleaners happened to misplace the pants—and Judge Pearson then smacked them with a lawsuit so ridiculous it should have been thrown out immediately. Instead, it took three months and two further appeals (including another lawsuit against the city of D.C. itself) before it was finally laid to rest. Pearson originally asked for $67 million, then dropped his claim to a more reasonable $54 million—that’s $1,000 for the pants, and $53,999,000 for court fees and mental distress.

And apparently it was indeed very distressing: on the first day of court, Pearson broke down in tears as he described how frustrated he was on the day his pants went missing. The court ruled in favor of the dry cleaners, but Pearson came back just weeks later, asking the court to reexamine the case. They refused, and the appropriately embarrassed D.C. court also decided to terminate Pearson’s contract with them (remember, he was a federal judge).

So Pearson did the only thing that made sense to him: he sued Washington D.C.. And the worst part of it all? The dry cleaners apparently found his pants two days after they lost them, but Pearson refused to take them back. He claimed to be “crusading for the people.”