It’s not uncommon to hear someone passionnante about a cause or goal say they would give their life for it. But for some people put their money where their mouth is by making their death a part of the plan. The following are ten examples of people who achieved their goals with their own demise. 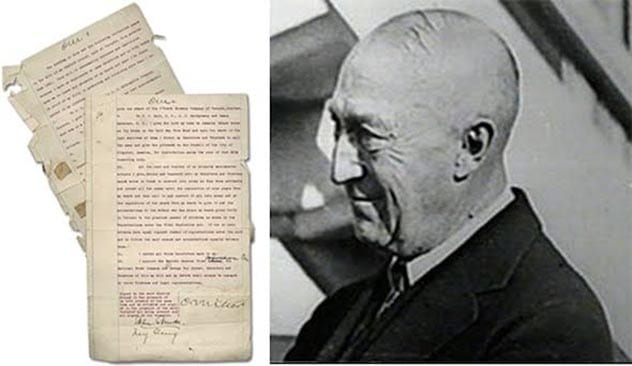 A wise man once said that some men just want to watch the world burn. Charles Vance Millar may not have been a villain, but he was certainly a joker. The Canadian lawyer loved to play practical jokes, especially ones that played on the greed of his victims. Given how dedicated he was to his own amusement, it should come as no surprise that he would use his death to pull off a few last pranks.

Millar died of a stroke on October 31, 1926. During the reading of his will, a number of strange requests were made. For instance, he left a vacation home in Jamaica to three men who hated each other, and granting shares in a horse racing club to two anti horse racing advocates. But the most well known tenet of his will is undoubtedly the Great Stork Derby.

In his will, Millar stipulated that a portion of his estate would be given to whichever woman in Toronto had the most babies in the decade following his death. Ten years and a supreme court case later, four women were each awarded $110,000.[1] 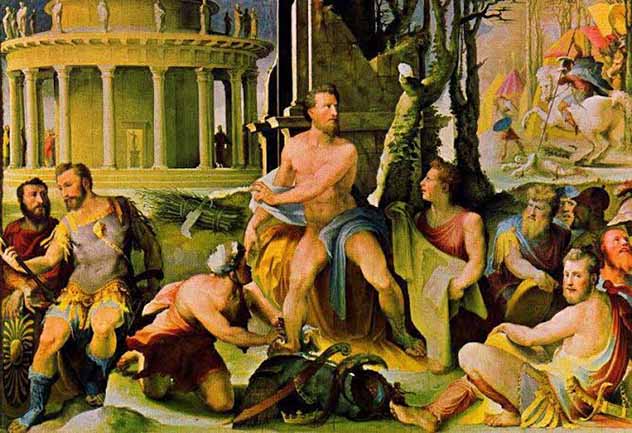 Most examples of this particular phenomenon aren’t as amusing as the above example; but some are still pretty noble.

Codrus was the last King of Athens, ruling from 1089- 1068 BC. During the last year of his reign, the Dorians launched an invasion of the south of Greece. Before doing so they had consulted with the Oracle of Delphi, who prophesied that their campaign would succeed so long as no harm came to the king. At this point it’s important to remember that in those times, prophecy was taken very seriously.

Having learned of this prophecy and wishing to spare his citizens from a war, Codrus hatched a plan. Dressed as a peasant, he made his way to the Dorian camp and instigated a fight with a group of soldiers, during which the King was slain. Once they realized what had happened, the Dorians called off the invasion, fearing their prophesied defeat.

In light of his bravery, it was decided that there was no one worthy to succeed Codrus as King, and the monarchy was abolished.[2] 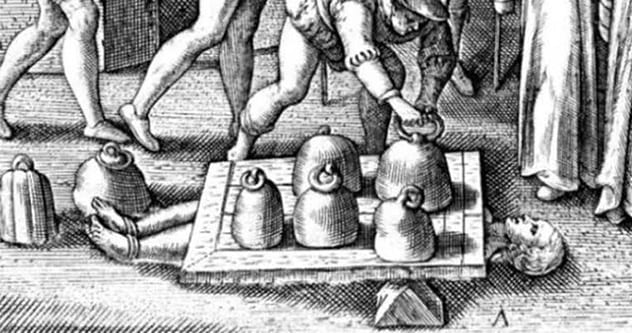 The Salem Witch Trials are remembered today as one of the greatest cases of mass hysteria in history, and with good reason. Between February 1692 and May 1693, more than 200 people were accused of witchcraft. Nineteen of those accused were found guilty and executed, including one Giles Corey.

In March of 1692, Corey’s wife was arrested and accused of witchcraft. While he initially testified against his spouse, he later tried to recant his testimony. He was arrested in April of that year, at which point the authorities attempted to try him. Giles refused to plead, and under the law at the time, a person who did not plead could not be tried. In an attempt to get him to plead, the sheriff tortured Corey by pressing.

While some historians disagree, it is widely believed that Corey feared his property would be illegally seized if he pleaded. During the torture, he would only say, “More weight.” After several days of torture, Giles Corey finally died.

Though he had protected his estate, the Sheriff would later attempt to extort money from his surviving family.[3] 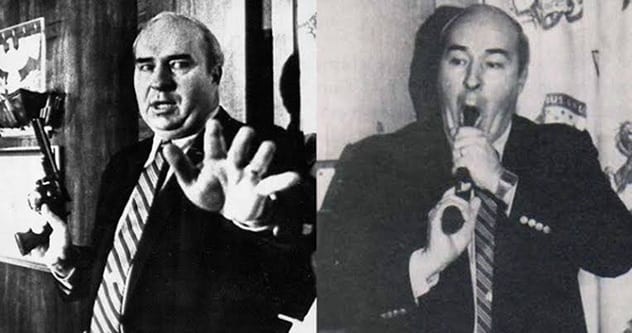 Sadly, it is not uncommon for individuals to choose death as a way to see their families financially taken care of.

Robert Budd Dwyer was the State Treasurer of Pennsylvania from 1981 to 1987. He was charged with accepting bribes in return for awarding a government contract to a California firm. In December of 1986, he was found guilty, and was scheduled to be sentenced in January the following year. Dwyer protested his innocence to his dying day, which would sadly come very soon.

On January 22, 1987, Dywer held a press conference; during which he professed his innocence one last time. Upon completing his statement, he pulled a revolver from a manila envelope, and proceeded to shoot himself in the head on live television.

Had Dwyer been sentenced before his suicide, state law would have prohibited the payout of his survivor benefits to his wife. Multiple sources close to Dwyer have gone on record as saying that the motivation for his suicide was to enusre his family would receive his full benefits.[4] 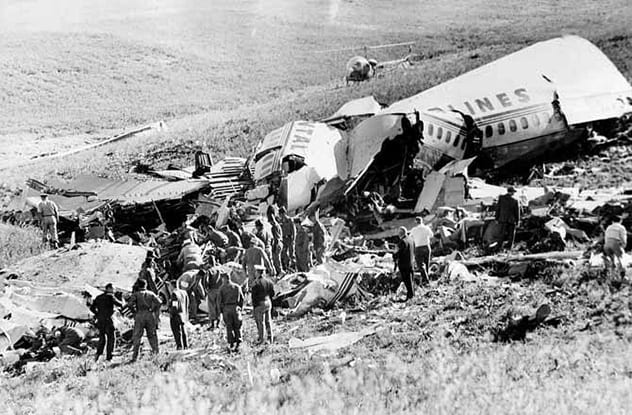 Hopefully this article isn’t making its premise seem like something to be emulated. But just in case, the following two examples are presented as a reminder that this tactic is just as likely to fail as succeed.

Like Dwyer, Thomas Doty also desired to use his death to financially provide for his family. However, unlike Dwyer, he caused far more deaths than simply his own. On May 22, 1962, Doty boarded Continental Airlines Flight 11. The flight, originating from Chicago would never arrive at its Kansas City destination. During the flight, he went into the plane’s bathroom, and detonated six sticks of dynamite he had smuggled onboard. The resulting crash would kill all 45 souls aboard.

Prior to boarding the flight, Doty had purchased $300,000 in life insurance. However, when his death was ruled a suicide, the policies were voided, and his widow was only awarded a three dollar refund.[5] 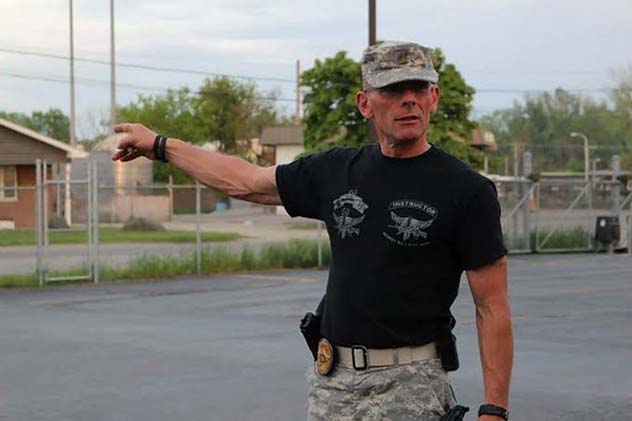 Charles Joeseph “Joe” Gliniewicz was a police lieutenant in Fox Lake, Illinois. On September 1, 2015, he radioed that he was pursuing three armed suspects. He would later be found dead, and a manhunt was launched to find the suspects.

It wasn’t long after his funeral that allegations surfaced that Gliniewicz’s death was a suicide. An investigation would reveal that he had been embezzling from a youth mentorship program for several years. Upon realizing that an upcoming audit would expose his him, he did the only sensible thing. He tried to have the person conducting the audit killed.

When that didn’t pan out, he orchestrated his elaborate suicide attempt in the hopes of covering up the crime.[6] 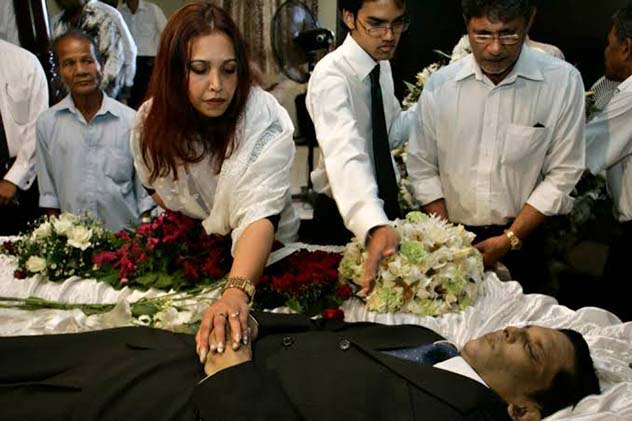 Being a journalist in Sri Lanka can be a dangerous profession, and no one knew this better than Lasantha Wickrematunge. He had faced threats and harassment practically from the beginning of his career. During one memorable incident, he and his wife were pulled from their car and beaten with clubs. Things got so bad that his wife took their three children to live in Australia for their own safety. Shortly before his death he stated, “When finally I am killed, it will be the government that kills me.”

On January 8, 2009, Wickrematunge was gunned down on his way to work. But he had anticipated his assassination, and had penned a final editorial to be published posthumously. In it, he accused the Government of using assassination as its “Primary Tool,” for controlling journalists.

Whether this will lead to any change in Sri Lanka remains to be seen. However, his death has prompted the international community to take a harder look at press freedom.[7] 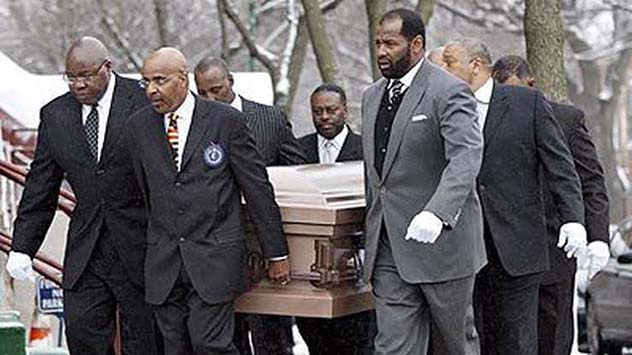 Dave Duerson had enjoyed a long football career dating back to his college years. In the course of his eleven seasons with the NFL, he played for the Chicago Bears, New York Giants, and Phoenix Cardinals. He had been selected for the Pro Bowl four consecutive times. But all this was not without cost; as by his families reckoning he suffered at least ten concussions throughout his career.

Duerson was found dead from a self-inflicted gunshot wound to the chest on February 17, 2011. In a note he requested that his brain be sent to the Boston University School of Medicine to be used in research into chronic traumatic encephalopathy. It was later stated by Dr. Ann Mckee that it was, “Indisputable,” that he had suffered from the disease.

Duerson’s death brought renewed public attention to the long term damage that football can have on its players.[8] 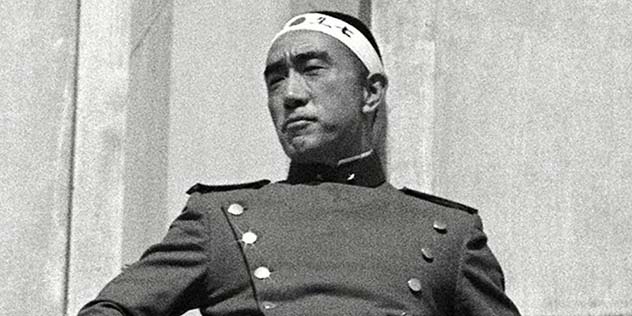 If there were two things Mishima Yukio was passionate about, they were writing, and hardcore nationalism. A misdiagnosis of tuberculosis that prevented him from serving during World War Two did nothing to stop his longing for Imperial Japan after the country’s defeat. He denounced Emperor Hirohito for renouncing his claim of divinity. In his eyes, this made the sacrifice of the millions of Japanese who died during the war meaningless. He founded the Tatenokai, or Shield Society; a private militia dedicated to restoring the power of the Emperor.

On November 25, 1970, Mishima and four other members of the Tatenokai seized an office at the Tokyo headquarters of the Eastern Command of the Japanese Self Defense Force. From a balcony, the author gave a ten minute speech during which he urged an assembly of soldiers to rise up in a coup. When his plea was met with mocking and derision, he retreated back into the office, and committed seppuku with the help of his followers.

It is widely believed that Mishima never expected his Coup to succeed, and that it was simply a pretext for his suicide. He had planned his death months in advance, and even arranged for money to be left for the legal defense of his followers.[9] 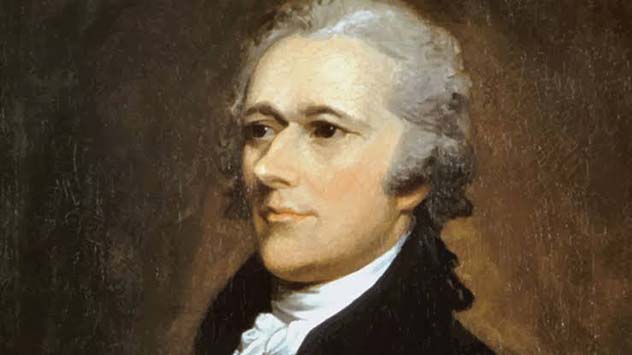 Alexander Hamilton and Aaron Burr had a long history or enmity leading up to their fateful duel. The federalist first came to dislike Burr when he defeated his father-in-law for a seat in the U.S. Senate. He would use his influence to thwart Burr’s political aspirations on several more occasions, further deepening the grudge between the two. The relationship would worsen until one day Burr challenged Hamilton to a duel.

The two combatants met on the morning of July 11, 1804. Hamilton shot first, but missed. Burr then took his shot, and hit his opponent, inflicting a fatal wound. It is speculated that Hamilton intentionally missed his shot with the hope of ruining Burr. If this was his aim, then he achieved it, as the duel effectively ended the man’s political career.[10]

For more awesome lists just like this one, check out 10 Heartwarming Stories Of Last Wishes Being Fulfilled, and 10 People Who Died Ridiculous Deaths.

About The Author: Dan Cayce is a writer who occasionally has interesting thoughts. You can read some of them here @WriteAtRandom.