The United States Patents and Trademark Office defines a trademark as “any word, name, symbol, device, or any combination, used or intended to be used to identify and distinguish the goods/services of one seller or provider from those of others, and to indicate the source of the goods/services.” Perhaps the vagueness of the language is to blame, or because the American legal system was birthed in a Monty Python sketch, but it seems anything can be trademarked and/or be open to a lawsuit. And people have demonstrated great aplomb in the utterly absurd lengths they will go to make a buck. Here are ten trademarks in particular which raise the question, “what planet is this?” 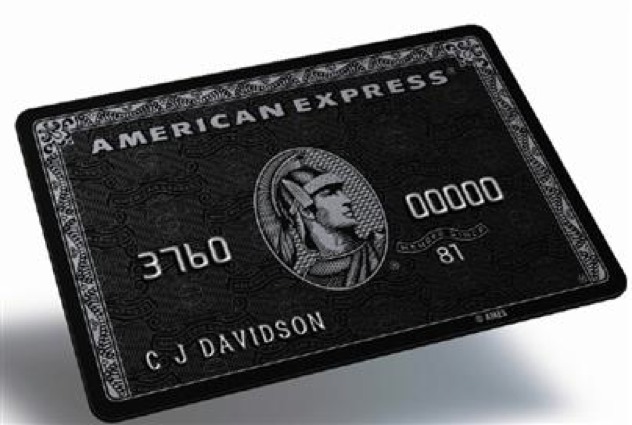 Apple is best known for its only slightly non-redundant product releases. It is also known for kindergarten-friendly interfaces, so much so that the company maintains intellectual property rights on the basic shapes we learned during our time there. Their right to ownership is defined as “[T]he design of a portable and handheld digital electronic media device comprised of a rectangular casing displaying circular and rectangular shapes therein arranged in an aesthetically pleasing manner.”

As it turns out, Apple also owns a patent on the concept of a ‘round-edge rectangle,’ in connection with the iPad. Anyone who has ever furnished a credit card in order to purchase an Apple product, or has ever owned an Etch-a-Sketch, or eaten off of a lunch tray may wonder why Apple believes it was the first to conceive the shape. 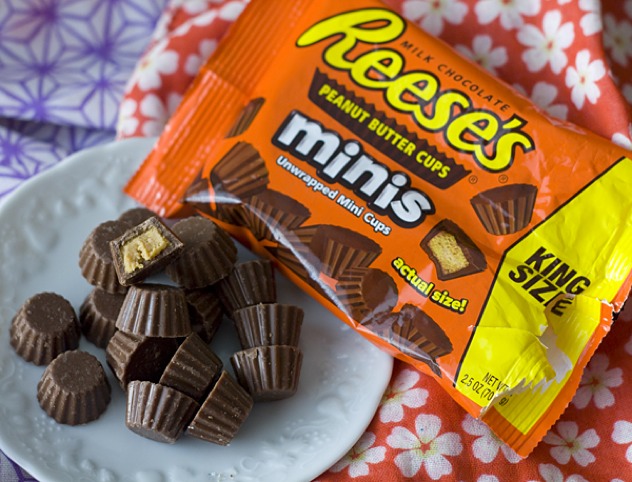 Ever had a huge craving for some orange? Not the fruit, the color. If so, the only person authorized to sell it to you—one particular shade that is—is Reese’s. And fans of their much-coveted peanut butter cups well attest, their orange tastes the best.

As it turns out, Reese’s has challenged Dove’s Chocolate Peanut Butter Promises, on the grounds of its use of orange and packaging being too similar. Upon actual comparison—and without the suspected underlying motive of trying to shut down a rival’s product (which uses way better chocolate)—there is clearly no confusion about which is which. And whose ‘orange’ is whose. 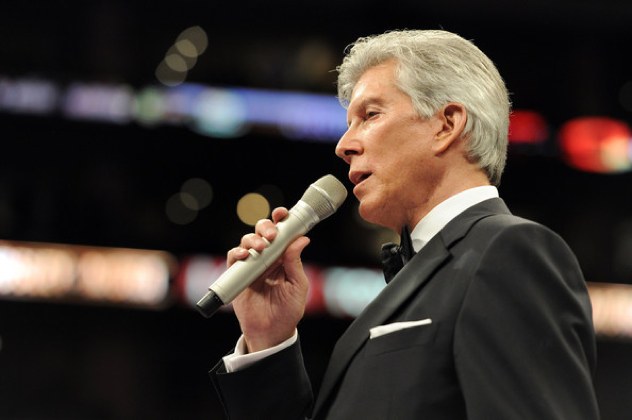 Michael Buffer doesn’t need to work anymore. Even while fighting throat cancer (which Buffer victoriously overcame), the sports announcer who coined the boxing ring staple “Let’s get ready to rumble,” was reaping the benefits of its utterance. Buffer, who had the phrase trademarked, earns obscene royalties (about $400 million in total) for its casual use in T.V. shows, movies, video games, merchandise, etc.

The fact that Buffer has become the immediately-recognizable voice of boxing, and that those five words have become so necessarily-intertwined with the sport itself, means that Buffer will continue finding gainful employment as a sports announcer, even with his mouth closed. 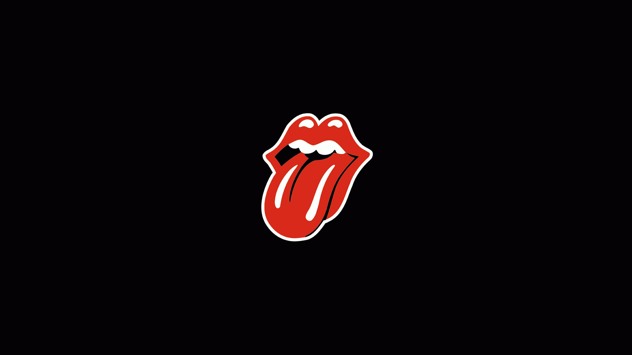 Okay so it’s not exactly his mouth per se, so much as the graphic depiction of it. The image which originally appeared on the Rolling Stones’ not-in-any-way-suggestively-titled Sticky Fingers (1971) was designed by art student named John Pasche.

Mick Jagger hired him personally as a rejection of the artwork the band’s label insisted upon. Pasche is quoted (in the UK’s Mirror) as saying, “The design concept for the tongue was to represent the band’s anti-authoritarian attitude, Mick’s mouth and the obvious sexual connotations.”

Since the original usage, the image has been trademarked and adopted as the Rolling Stone’s official logo. In 2012 the band commissioned Shepard Fairey to re-imagine the logo in commemoration of the band’s 50th anniversary.

Pasche said about the original graphic, “I designed it in such a way that it was easily reproduced and in a style I thought could stand the test of time.” 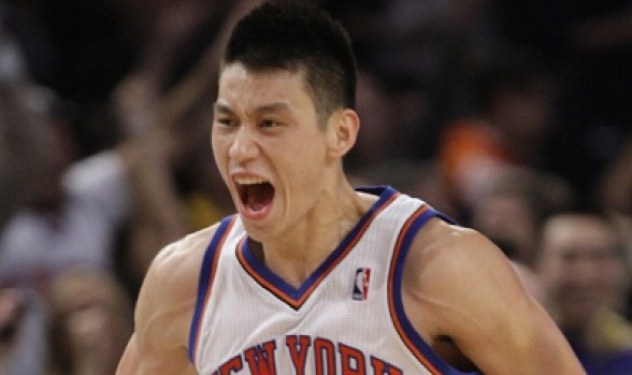 ‘Linsanity’ was Linsane mostly because nobody seemed able to handle the idea of an Asian Harvard student excelling at basketball. Well it turns out Jeremy Lin also excels at business opportunism, as he hustled to trademark the term “Linsanity” making it so any unauthorized Lin-printed t-shirts, racially insensitive Ben and Jerry’s ice cream flavors (see: fortune cookie pieces), etc. would owe dues to the man responsible for such zeal and clamor—the very same that led to one ESPN headline writer getting fired for the inappropriate deployment of the expression “chink in the armor.”

Pamela Deese, a partner at the intellectual properties firm representing Lin, told the New York Times (while also being sure to drop as many basketball metaphors as humanly possible): “We wouldn’t want marks like these if there were no business to be made. But we wouldn’t want them hanging out with someone else, either. It’s defense, but it’s also a good offense.” 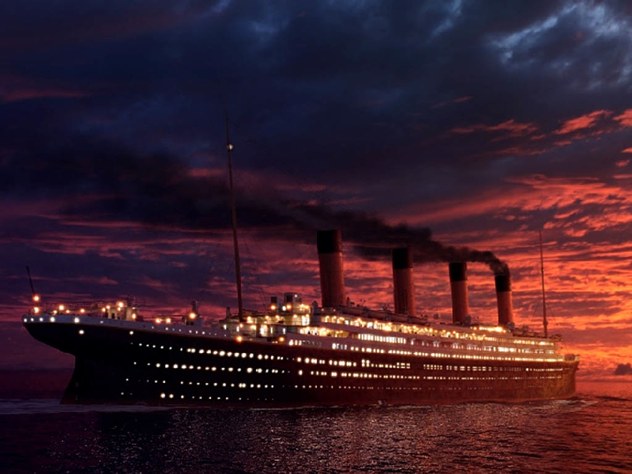 In 1993, the owner of a military surplus store named James Korn sought the rights to the Titanic name, and planned to go down with the ship. He was written off by the studio behind the 1997 James Cameron film, and found opposition from a company called R.M.S. Titanic which has been recovering deep sea artifacts from the sunken ship since 1987.

Korn subsequently lost the fight, in spite of his carrying the Titanic name on his t-shirts before R.M.S. Titanic started doing so. Courts ultimately sided with R.M.S. Titanic, whose president, George H. Tulloch, said in a New York Times interview, “It is offensive for anyone to think they can own the name Titanic. It belongs to history.”

In spite of his defeat, it is true that Korn was the first person to file a Titanic-related trademark application—that was, before the film, musical, R.M.S. Titanic, and Carnival Cruiselines did the same. Also, Korn did previously own the clothing rights to the White Star Line and corresponding white star-red pennant emblem, the merchandise for which he sells in his store. 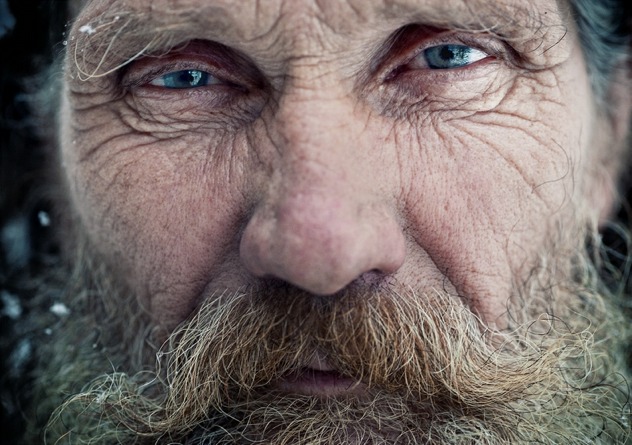 This this where things take a turn for the weird. A man named Mikhail Verbitsky has a trademark on his beard—that he doesn’t own.

A New York Times story written by Masha Gessen recounts the absurd tale: “[I]t is no joke at all. Verbitsky was denied permission to leave the country to attend a mathematics conference in Warsaw because he had not paid on a court judgment secured against him by a man named I.V. Pugach.”

Apparently this Pugach fellow is really passionate about this one type of beard, a chin-centric facial hairstyle which he defines as a ‘racial attribute’ to the Russian people, and sort of a hate crime to be worn by anyone else; he likened Muammar el-Qaddafi’s wearing of it to ‘genocide.’

Verbitsky and his beard stumble into the picture with a blog post he wrote in response to the beard-crazed Pugach’s demanding book stores stop carrying works by Brazilian poet (and Russian beard-sporting) Paulo Coelho. 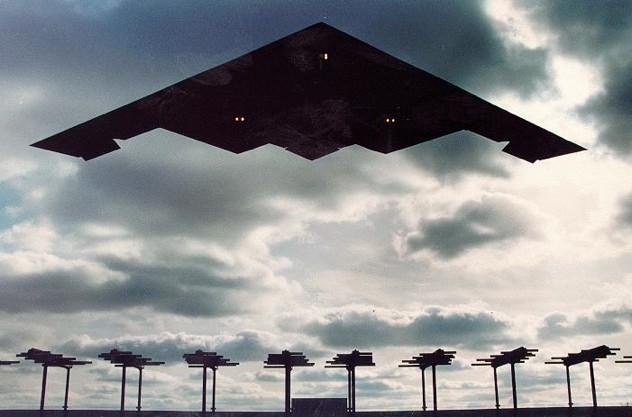 Leo Stoller loves to sue. And he often loses. He told the New York Times in 2005, “If a trademark owner doesn’t go up to the plate each day and police his mark, he will be overrun by third-party infringers. We sue a lot of companies.”

Stoller owns a company called Rentamark which ‘specializes’ in how to enforce trademark law, and ‘rents’ out words which Stoller claims to have trademarks for—including the word ‘stealth,’ a word he has demanded compensation for in exchange for usage authorization. He’s successfully challenged the use of the word stealth in B-2 stealth bombers by the defense contractor Northrop Grumman (who agreed to give him $10 and stop using using ‘stealth’ in promotional merchandise for the aircraft). He has also challenged the movie ‘Stealth.’

He originally trademarked the word ‘stealth’ for use on a line of sport goods in 1985. It all sounds like a lost Jerry Stiller plot sequence, but this man does actually exist, and somehow doesn’t have a movie based on him. (They could call it ‘Stealth,’ but that’s just a meta-lawsuit waiting to happen.) 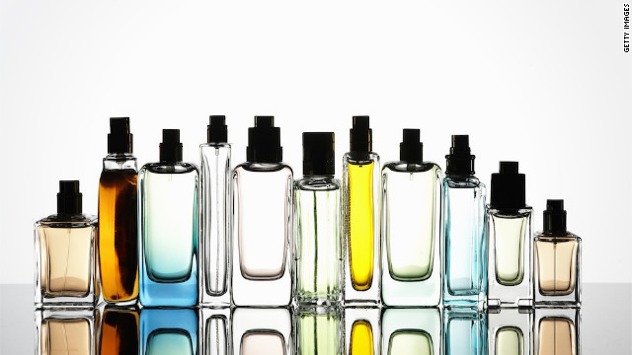 There’s smelling good, and then there’s truly, literally owning it. Celia Clarke of Goleta, California had her scent approved for registration by the Patent and Trademark office in 1990, a scent which she described as “a high-impact, fresh floral fragrance reminiscent of plumeria blossoms.”

Hear that flower-infringers? You will be hit so hard, by the best-smelling lawsuit of your life, if you attempt to recreate this smell for personal gain. 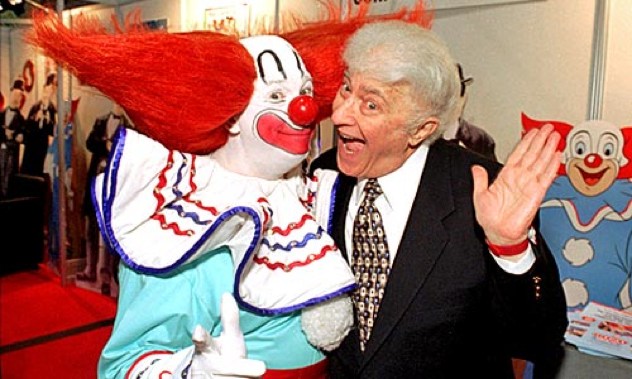 The greatest headline of all time comes from an AP newswire from 1989, which reads: “RESTAURANT TRADEMARKS BOZO; BOZO THE CLOWN UNHAPPY.”

Usually you try to avoid being called a Bozo, but for some life depends on it. For one: a little rib joint in Tennessee called Bozo’s Fire Pit Bar-B-Q, founded in 1923 by Thomas Jefferson “Bozo” Williams. The restaurant, which registered for a trademark in 1982, found a rival in a franchising Bozo (i.e. the clown), i.e. Larry Harmon.

Harmon, who assumed the role of a sort of clown-Jesus, decided one day he wanted to foray into the restaurant business, and to do so without the risk of brand confusion.

Harmon’s lawyer told the New York Times in 1991, “We’ve never objected to their using the name Bozo’s in their restaurant and wish them only well. But the idea of little mom-and-pop businesses whom nobody has ever heard of being able to register their trademarks for the whole country is a prescription for paralysis.”

Harmon cited rude waitstaff, food poisoning, and health code violations as risk possibilities. While he may be infamous for doing so elsewhere—when it comes to business liabilities, Bozo does not clown around.

Harmon told AP, “Bozo has been my life. It is my life. It will carry on long after I go to that circus in the sky.”