Instead of making The Expendables 3, maybe Hollywood could consider putting together a soldier-of-fortune tale with an actual plot. Thankfully, history’s done all the hard work already. Here are ten stories that belong on the big-screen. 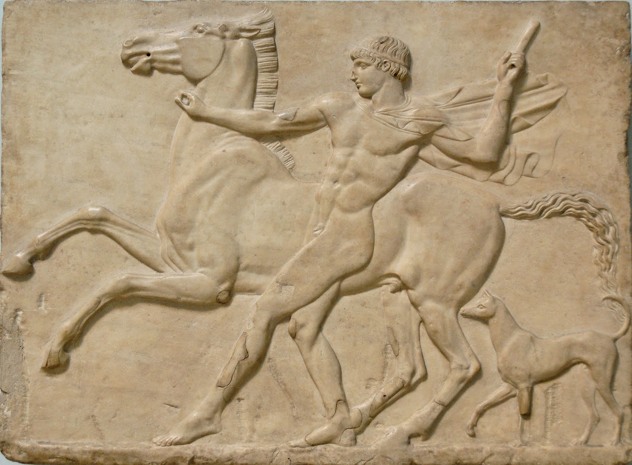 Ten thousand Greek Mercenaries trapped deep in hostile territory—Persia. With their employer, the usurper to the Persian throne, Cyrus, dead in battle and the mercenaries’ general killed in a treacherous plot, the Ten Thousand elect the philosopher-soldier Xenophon to lead them back home. And that’s just the first five minutes (or first few pages if you’re reading Anabasis).

With supplies dwindling , Xenophon chose to lead the Ten Thousand home via the shorter path north to the Black Sea. To get there, the Ten Thousand crossed mountains, fought their way through Armenia, and navigated a series of clannish alliances and feuds. When the remaining Hellenes finally reached the Black Sea shores, Xenophon wrote that the soldiers screamed, “The sea, the sea!” And while that wasn’t the end of the Ten Thousand’s ordeal, for cinematic purposes, that’s one heck of a finale.

True, The Warriors (1979) brought the Anabasis to the screen in the form of stylized Coney Island gang-warfare. But as great as the Warriors’ adaptation was, a half-dozen leather vest wearing street toughs lacks the epic appeal of ten thousand Greek warriors fighting for their lives across the Persian Empire. 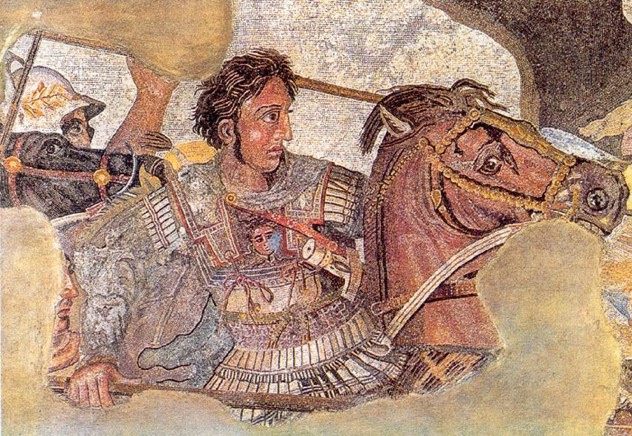 Memnon was a hired Greek general in service of the Persian king Darius. He just barely escaped his first encounter with Alexander the Great at the Battle of Granicus. Alexander’s army routed Memon’s mercenaries and Persian allies there, but like all great underdogs, Memnon quickly bounced back from defeat.

After Granicus, Memnon proved himself to be the only commander capable of even slowing down Alexander’s march east into Persia. Memnon recognized the futility of challenging Alexander in pitched battle, and instead commandeered the defense of strategic cities like Halicarnassus. Before the walls of Halicarnassus, Alexander’s advance came to a grinding halt and Memnon’s defenders allowed Alexander only the most Pyrrhic of victories. The Macedonians spent months struggling to control the city and still the citadel remained under Persian control when Memnon chose to withdraw and regroup his forces elsewhere.

Alexander’s greatest rival continued to challenge the Macedonian forces in the west from the Aegean Sea. Fortunately for Alexander, Memnon died suddenly from a fever before he could rally Sparta and other disgruntled city-states to throw off Macedonian rule and force Alexander to return to Greece. 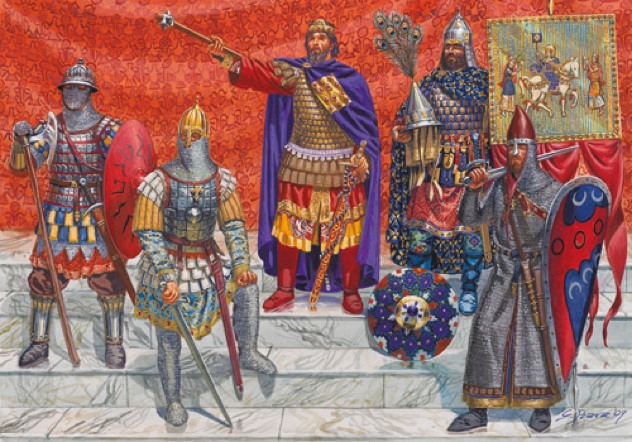 The tenth century marked a turning point in Scandinavian-Byzantine relations. Rather than fight against one another, for the first time, Vikings in large numbers were hired into the Byzantine military. For the next several centuries, hired Norsemen wielding giant battle-axes made up the elite corps of the Byzantine emperor’s personal guard. To its own detriment, Hollywood has thus far ignored the action movie gold mine that is the Varangian Guard’s history.

If pressed to choose just one story of a Varangian Guardsman, the life of Harald Hardrada would be a good place to start.

In the early 11th century, an uprising forced a young Harald to flee Norway—the country his family once ruled. He found refuge, and employment, in Byzantium. For eight years, Harald fought in service of the emperor. He rose through the ranks and became captain of the guard. But when the Byzantine empress refused Harald’s request to marry her niece, Harald kidnapped the girl and escaped the empire with more wealth than any Viking had ever seen before. And when he returned to Norway, Harald found the kingdom welcome him with open arms. 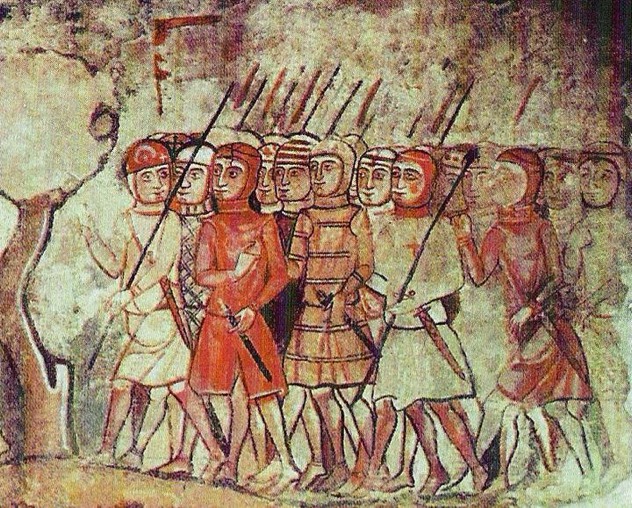 You want soldiers of fortune? How about an entire city filled with and ruled by them? Fourteenth century Athens was that city. And the Catalans were those mercenaries.

The Catalan Company was formed to swing the balance in the war for Sicily. After that fight wound down, the Catalans hired themselves out to the Byzantine Empire, who desperately needed more bodies to replace the ones Turks were chopping up.

The Catalan Company achieved several victories for their new paymaster. Maybe too many though, as Catalan leadership tried to establish its own kingdom within the Byzantine Empire. Not surprisingly, the offended emperor had the Catalan general, Roger de Flor assassinated and fired the Catalan Company, who in 1311, drifted south to serve the Duke of Athens.

And that’s where the story really gets going, because after winning several victories for the Duke, the Catalans’ new employer decided to stiff the mercenaries. Big mistake. The Duke of Athens then attempted to pit the mercenaries against each other. Bigger mistake. Offers of land and noble titles could not sway the Catalan leaders to turn upon their comrades. The company rallied together, defeated the Duke’s army, and took control of Athens and the surrounding areas. The mercenaries ruled Athens for the next seventy years. 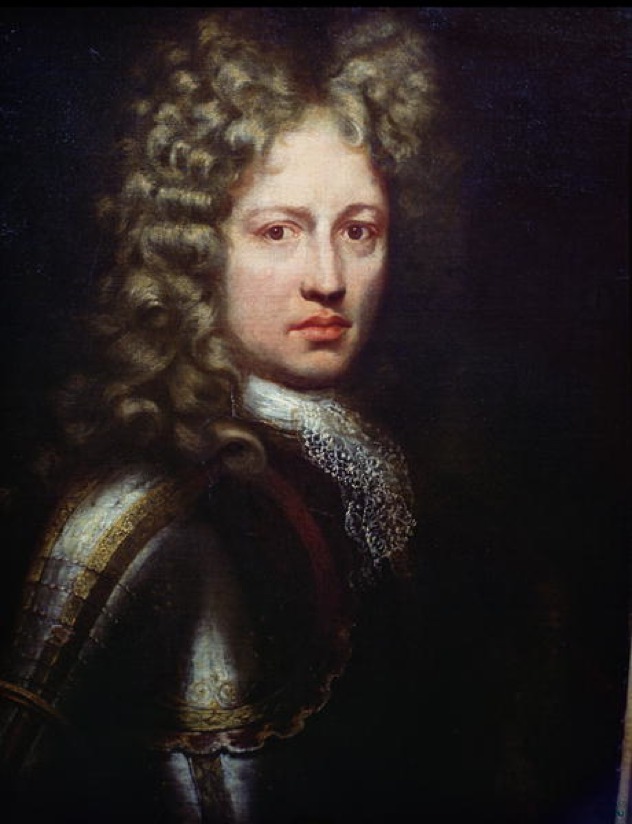 The 17th century was the century for vicious religious warfare. The century’s death toll from the Catholic-Protestant struggle for Europe’s soul makes the Crusades look like a friendly disagreement by comparison. By the end of the 1600s England and Ireland were center-stage in said struggle.

Patrick Sarsfield, an Irishman, was part of the losing effort following England’s Glorious Revolution to reestablish the Catholic James II on the English throne. Sarsfield’s leadership wasn’t enough to wring out a victory. But, his efforts forced the beleaguered King William III to sign a treaty with an unusual provision.

Sarsfield and thousands of Irish-Catholic soldiers were permitted to seek refuge in France. The exodus became known as “the flight of the wild geese.” And France was more than happy to hire Sarsfield and his experienced soldiers.

The “Irish Brigade” fought all over Europe for the French monarchy, hoping one day for the invasion that would bring them back to Ireland. The brigade never got that chance, though Sarsfield was honored as a marshal of France for his battlefield tenacity. Shortly after, Sarsfield was struck down by an English musket during fighting in the Netherlands. As he lay bleeding, Sarsfield supposedly said, “If this was only for Ireland,” and then died. 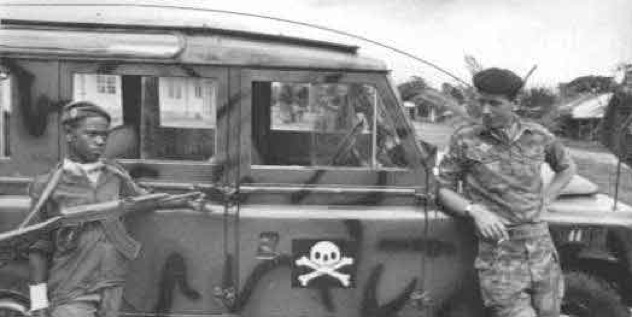 Steiner’s story was seemingly made for film. As a German teenager, Steiner spurned his family’s military roots and ran away from home to study for the priesthood. A tryst with a nun ended Steiner’s religious aspirations, though.

Steiner joined the French Foreign Legion one year later. Once again a romantic relationship altered Steiner’s trajectory. While stationed in Algeria, Steiner fell for an Algerian woman who prompted her future husband to join Anti-French dissidents.

The Legion didn’t take kindly to anti-government sympathies among its ranks and kicked Steiner out. Beginning in 1967, Steiner took up various insurgent causes across Africa.

He led Biafran rebels with some success against the Nigerian regime. Later, Steiner found more success leading Southern Sudanese separatists against dictatorship in Khartoum. Steiner’s early efforts to establish a Southern Sudanese resistance were taken up by subsequent leaders who used the guerrillas to affect the end of the First Sudanese Civil War (1955-1972). Sudanese government troops captured Steiner, though, and the mercenary served three years in various prisons before being released due to poor health. 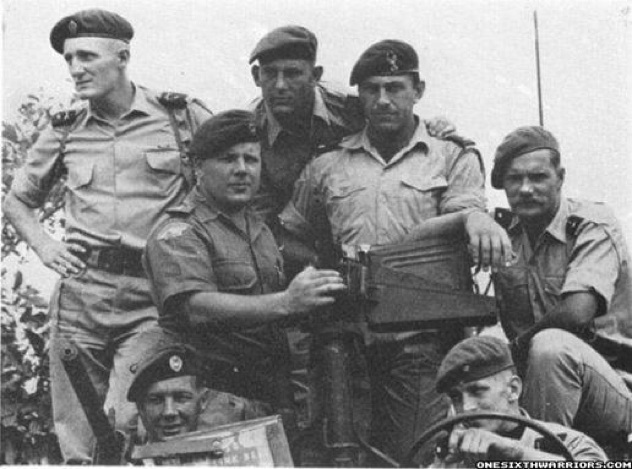 Before the soldiering life seized him, Mike Hoare was an accountant. World War II intervened though, and the former accountant deployed first to India and then Burma as a British officer.

After the war ended, the potential for adventure in Africa drew Hoare away from London. He began a safari company in South Africa, which familiarized him with terrain and people across much of the continent. He put his connections and knowledge to use as a mercenary in the Congo in the 1960s and gained fame for helping rescue a group of European hostages held in Stanleyville.

Unfortunately, Hoare’s career suffered an ignominious end. In 1981, a still fervently anti-communist Hoare, attempted to depose the corrupt and communist leader of Seychelles. Hoare and 43 mercenaries flew into the country disguised as a beer-drinking club on a charity mission. Things deteriorated when customs found weapons in one of the mercenary’s luggage. A gun-battle ensued between the mercenaries and local police, before Hoare commandeered a passenger plane and most his men escaped to South Africa.

Hoare and his crew were convicted only of hijacking. And most of the mercenaries were released after a few months, while Hoare served three years of a ten-year sentence before being released. 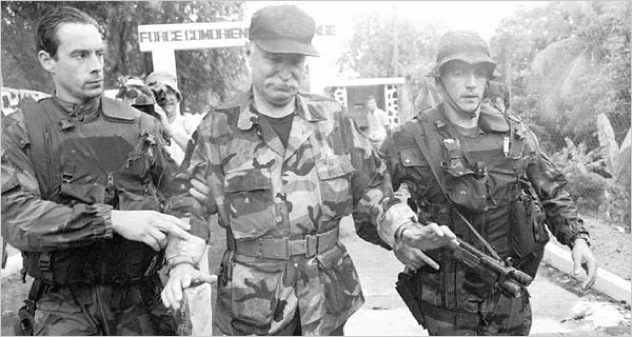 Bob Denard was the prototypical soldier-of-fortune—shadowy origins, a menagerie of aliases, and questionable renegade tactics. Throughout the French mercenary’s career, wherever a state was failing, Denard could be found either propping up or dismantling the government roughly in accordance with France’s desires.

The Congo, Algeria, Yemen, Benin, Nigeria—Denard and his small band of mercs, in keeping with Cold War sensibilities, fought for whichever paymaster was most ardently anti-communist at the time. But out of all the strife-ridden states of the 20th century, Bob Denard made the biggest impact on the Comoros Islands.

For two decades (1975-1995), Denard played king-maker in the south-east African island nation. Four times during that span, Denard staged coups. And for most of the 1980s, Denard essentially ruled the country through a series of Comoran political puppets.

Denard had a hard time letting go after being ousted in 1989, and attempted one last coup in 1995 with just thirty fellow mercenaries. For once, the French government didn’t approve and returned Denard to France. After a brief prison spell, Denard lived out his years relatively peacefully, as French prosecutors were somewhat reluctant to strictly prosecute a man French special services admitted to utilizing. 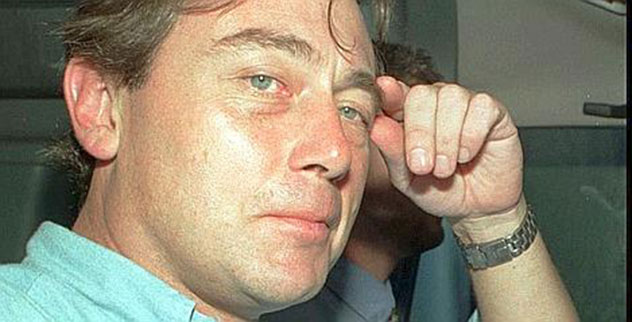 Tim Spicer represents the “new” mercenary—the corporate mercenary. A British Army veteran who served in the Falklands and North Ireland among others, Spicer found that civilian retirement didn’t suit him.

Spicer proved an adept marketer and his fledgling freelance military company was awarded contracts in Papua New Guinea and Sierra Leone. Both operations ended in scandal and failure. At least one university case study cited Spicer’s actions in Sierra Leone as a perfect example of exactly what not to do in armed conflict.

As the scandals mounted, Spicer moved smoothly, changing company names and establishing new ones. In 2002 Spicer finally founded a winner with the incorporation of Aegis Defense Services. In just two years Aegis grew from security consulting for cruise ships to winning a massive 300 million dollar contract from the U.S. government to coordinate the thousands of military contractors in Iraq. It’s like the Social Network, but with more up-armored SUVs. 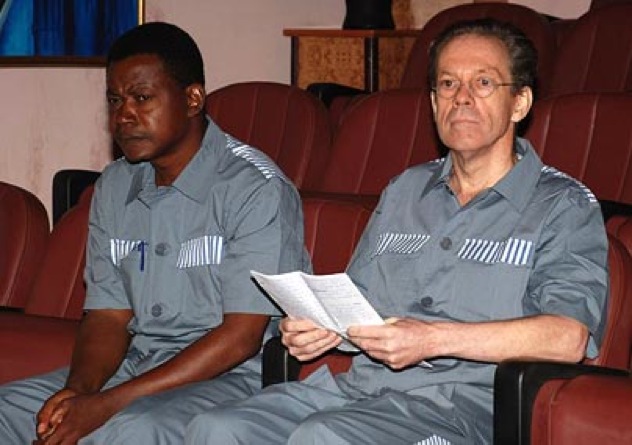 The plot was simple enough. Simon Mann, a former member of the British SAS, gained the support of wealthy financiers to recruit, equip, and direct a small army of mercenaries to execute a coup in the oil-rich nation of Equatorial Guinea. But before Mann’s group could replace Guinea’s regime with one more favorable to outside financial interests, the mercenaries had to actually get to Equatorial Guinea.

Mann’s mercenaries planned to fly from South Africa to Zimbabwe to acquire weapons before continuing on to Equatorial Guinea. But a near-total lack of confidentiality undid the operation.

When the mercenaries landed in Zimbabwe, local authorities were waiting in force to arrest the sixty-plus mercenaries and Mann for attempting to purchase weapons illegally. The fifteen man advance party in Guinea was easily apprehended the following day.

Mark Thatcher—yes, son of the Margaret Thatcher—was also implicated in the conspiracy and arrested. Thatcher got off light. Simon Mann, not quite so, but the mercenary was pardoned in 2009.

Mann’s story actually seems to have captured Hollywood’s interest. And a film adaptation of the so-called “Wonga Coup” may be in the works.

10 Obscure Yet Successful Pirates From History