Amid today’s unending gloom, 2008 seems like a long time ago. You probably remember that whole ‘hope’ thing we had going on: a black president had just been elected, the neo-cons were expelled from the White House—and finally, things were going to change.

And so they did—for the worse. Instead of uniting the country and becoming known as the greatest leader since Lincoln, the forty-fourth President seems to have his sights set on becoming the biggest psychopath since Nixon. How else do you explain:

8
The War on Whistleblowers 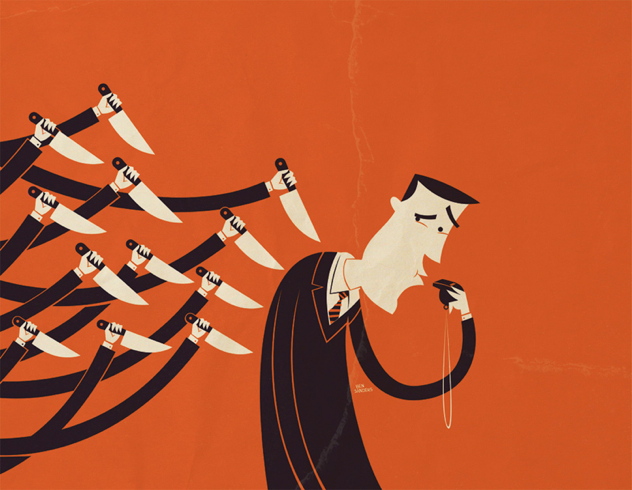 “Whistleblowing” is what happens when someone in a government or company finally gets fed up with the psychopathy they see on display every day and decide to tell the press. Usually this is a good thing; previous whistleblowers have uncovered evidence of massive NYPD corruption, stopped the CIA experimenting on black people, and helped topple Nixon. So any sane democracy should reward these people, right?

Think again. In his few short years in power, Obama has prosecuted twice as many whistleblowers under the Espionage Act as every other president combined. When ex-CIA agent John Kiriakou revealed the government’s use of torture, he was arrested and imprisoned. When a former Guantanamo prosecutor wrote in the Wall Street Journal about abuses in the prison, he was forced from his career. Others have even been targeted for trying to keep us safe: Sibel Edmonds was forced from her FBI job for reporting security breaches that may have resulted in deadly terrorist attacks. And stuff like this has a corrosive effect on democracy, because it stops us from finding out about government abuses. Especially when combined with things like: 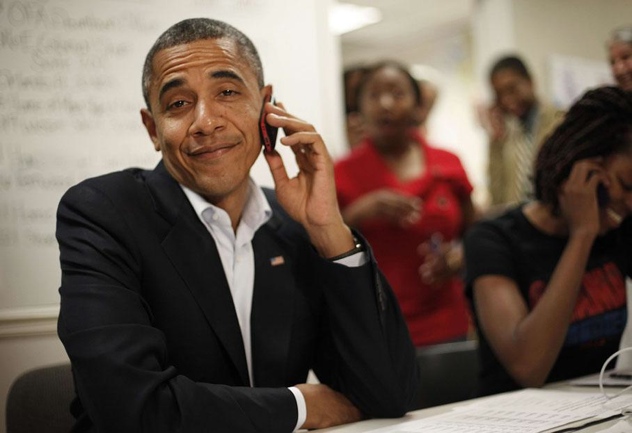 Part of a journalist’s job—if they’re good at what they do—is to protect their sources. So when the President wants to know who was responsible for a leak and journalists aren’t talking, what does he do? Well, he could get the DOJ to illegally confiscate two months of the Associated Press’s phone records.

Let me be clear about this: one of the hallmarks of a democracy is a free press. And a free press, by definition, should be able to criticize whoever they damn-well please without fear of reprisal—including (and especially) the government. When we get to the point that journalist’s records are seized in direct violation of the First Amendment because they’ve been talking with whistleblowers, then we no longer have a free press. But it isn’t just stopping at unconstitutional seizures. Right now, the Obama administration is in the process of: 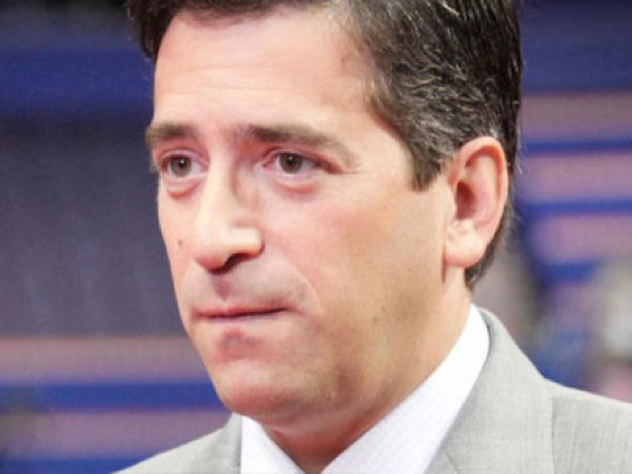 Now that we’ve established that the government hates whistleblowers and journalists, what do you think would happen if—for example—a State Department official passed on information to a Fox News reporter? If you answered “they would both get prosecuted,” then congratulations: there may be a job in the DOJ for you.

In 2009, Stephen Kim told journalist Jim Rosen that he thought North Korea might be planning additional nuclear tests—an opinion based on nothing more secretive than his own knowledge of the Kim regime. Jim Rosen did what journalists do and reported it—and now both of them are facing espionage charges. Consider that for a second. Not only was the information neither sensitive nor classified, but the two should legally be protected by the First Amendment. In other words, a successful prosecution would effectively outlaw investigative journalism—leaving us with a media roughly as free as China’s.

5
Using the IRS to Intimidate Opponents 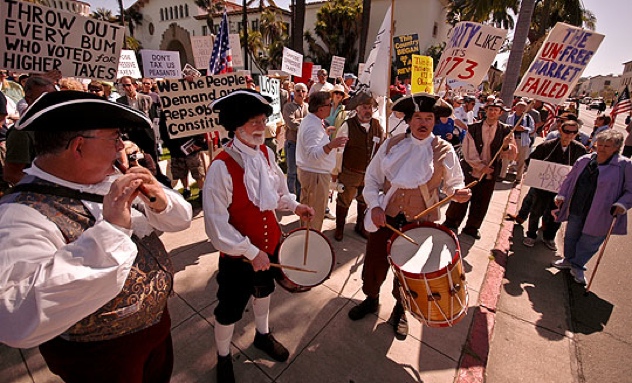 But it’s not just journalists who are being targeted by the psychopaths in charge. Take the recent Tea Party IRS scandal: various rightwing groups found themselves being harassed and targeted by the IRS due to political bias. Take a moment to re-read that sentence: there is now overwhelming evidence that high-ranking government officials changed the IRS rulebook to make life more difficult for conservative groups.

You don’t have to be right-wing to be justifiably outraged by that fact; as far as political tactics go, it’s on a par with some third-rate banana republic. Was Obama himself personally involved? Probably not; but as the man in charge, he deserves a heck of lot more grief on this issue than he’s currently getting.

4
Spying On Us All 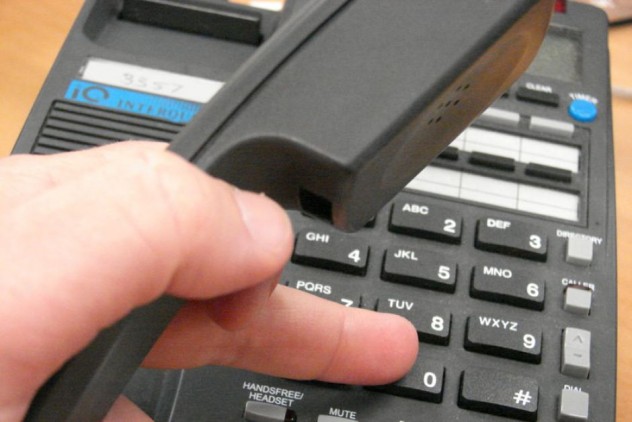 If you think theres no good reason to be paranoid, then get this: there’s a distinct possibility that the government is taping literally every single phone call you make. Yep, every single one: from the time you ordered six hundred pizzas under a comedy nickname, to the time you called up your girlfriend drunk and cried down the phone, there’s a real chance that the FBI have it all on file somewhere. How can I be so sure? Well, in an interview with CNN, former counterterrorism agent Tim Clemente came right out and said it. In Clemente’s own words:

“No digital communication is secure.”

Are you scared yet? ‘Cause I totally am. If you didn’t follow those links, by the way, I’d just like to point out Clemente isn’t wearing a tinfoil hat; he is genuinely an FBI insider, and actually appears to be kind of down with the idea of flicking through your emails. Because ‘digital communication’ doesn’t just stop at phone calls; according to this article in the Washington Post, in 2010 the government was intercepting 1.7 billion emails and calls every day. Does that sound like “hope” to you? 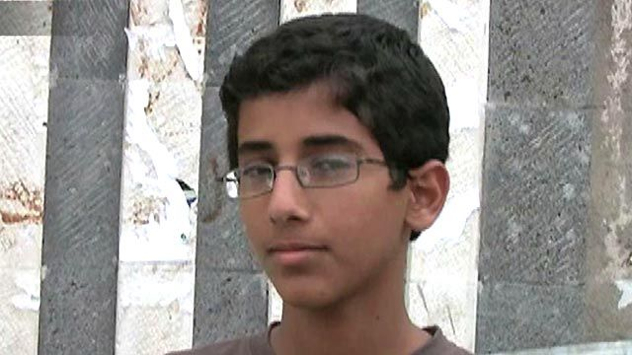 Regular readers will know that I’ve touched on this issue before. But it bears repeating: our president has authorized the murder of US citizens on foreign soil without trial—and without even double-checking that they’re guilty.

You’ve probably never heard of Abdulrahman al-Awlaki: he was a sixteen-year-old kid who happened to have a terrorist for a father. He was also a US citizen, having been born and raised in Denver. And in 2011, he was killed in Yemen by an American drone strike—just as his father had been two weeks before. These attacks, by the way, were given Presidential approval—meaning that Obama actually sat down and decided whether or not to kill a member of the electorate without anything even vaguely resembling “due process.” At the time of writing, the White House had just admitted to three other targeted killings, saying they made America safer. The worst part? They objectively didn’t. 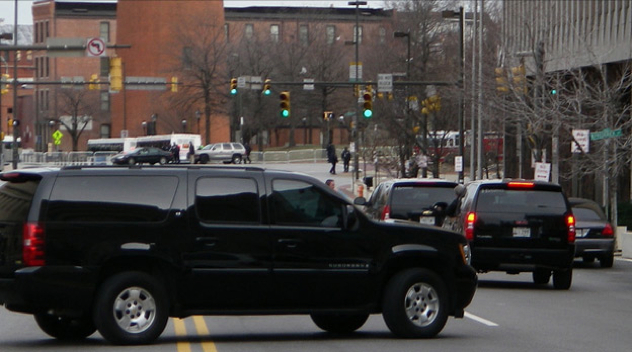 In 2010, the Washington Post revealed the results of a two-year investigation into what they called “a top secret America, hidden from public view.” They uncovered a bloated counterterrorism network employing as many as 850,000 people—most of whom had absolutely no clue what they were supposed to be doing. It’ll be worth your while if you go back and click on that link; the report reads like an episode of the X-Files written by angry Tea Partiers. Gigantic departments were found to be duplicating each other’s work, funneling billions of dollars into lame-brained schemes and engaging in pointless turf wars instead of cooperating.

But stupidest of all was the revelation that those same departments had begun competing to become more “Top Secret” than their rival bureaucrats. Allegedly, this involved splashing out Federal money on SUVs, “command centers”, uniforms, and other CIA-inspired bling. All this would be bad enough if it were merely a case of posturing; but there’s the added fact that these shadow departments are so large and complex that they’re basically unaccountable—a problem driven home when a lack of communication resulted in the Fort Hood mass shooting.

Thanks to Bush and Obama, we’re now at the mercy of a secret government staffed entirely by the Keystone Cops. 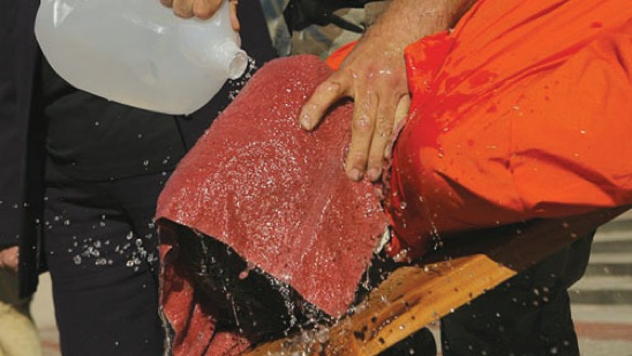 During the time I’ve spent writing this article, Obama has been picking up a whole heap of praise from the media for his speech “ending” the war on terror. Reading the headlines, you’d be forgiven for believing that his administration hadn’t: murdered a teenager and then retroactively changed the law to make it okay; illegally gathered information on a journalist; and had five years already end this war.

Given the unreliability of what we hear from the mass media, it’s probably time for a few reminders. Our forty-fourth president has ordered more drone strikes than George W. Bush; he has broken the legally-binding Convention against Torture; and he has allowed fellow human beings to suffer horrific abuse, rather than honestly trying to close our Stalin-esque prison camps.

I’m under no illusions here; things would be no better, of course, if Romney had won in 2012 or McCain in 2008. But is that really what it’s come to? Are we now so jaded that we vote based on who we think is the “lesser evil”? Because if that’s so, then there is something extremely rotten in the state of the USA. And it would take more than the simple impeachment of a slick war criminal to put it right again.