In 2001, a handful of extremists perpetrated the single biggest massacre on American soil in history. Since then, the entire Western world has gone into lockdown—ramping up security, launching international wars and trying its goddamn best to wipe out the terrorist menace. Only problem is: it isn’t working. Not only is ‘terror’ alive and well, our failed war on it is harming all of us, thanks to things like: 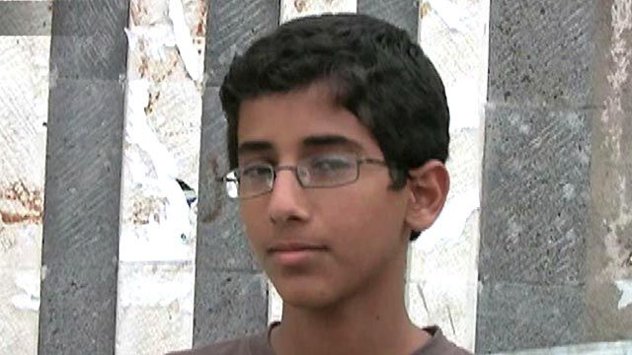 Imagine reading that Obama had ordered the killing of an American citizen—a teenager—without any arrest warrant, immediate reason or trial by jury. There’d be uproar, right?

Apparently not, because its already happened. In September 2011, the administration signed off on the remote execution—by missile—of Anwar al-Awlaki’s sixteen year old son. Now, Awlaki was an Al-Qaeda operative into the recruiting game in Yemen, but by the time the missile was deployed, he’d been dead for two weeks. According to all sources, his son was neither a threat, or even definitely linked to terrorism. However, the White House still ordered his unlawful execution, tried to hush it up then changed the law to make it legal when the press found out. In other words, Obama gave himself the legal right to kill American teenagers simply because he suspects they may one day become a threat. And he can do this because of: 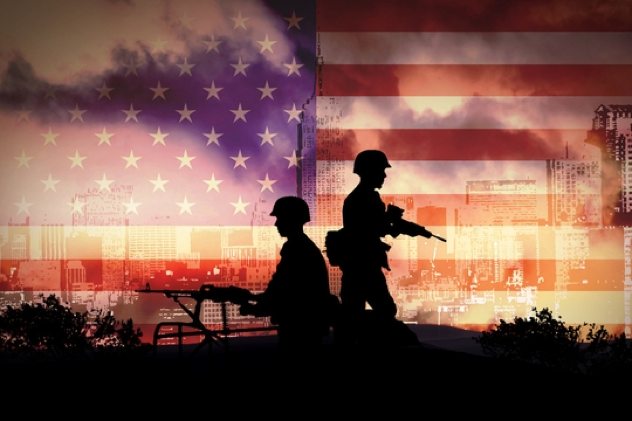 The nature of terrorism is it can strike anywhere, at any time. That’s what makes it, you know, terrorism. So how do you respond to a threat with no geographical boundaries?

Well, you could declare the whole world a battlefield. In February, the Guardian reported on John Brennan’s decision that the war on terror has no geographic limits. While this may sound like a dull legal-wording snoozefest, the implications are pretty worrying: simply put, if the war is everywhere, then so is the rule of war—those same rules that say we can kill our own citizens without trial. When Senator Rand Paul tried to ask if this included US soil, he received such an endless string of non-replies he saw no option but to launch his famous filibuster in March. And he was right to be scared: while the chances of Obama raining death down on, say, Texas might be negligible, those powers will extend to any and all future Presidents. Want to imagine a Nixon with the ability to kill literally anyone he wants, whenever he wants? Because it could yet happen. 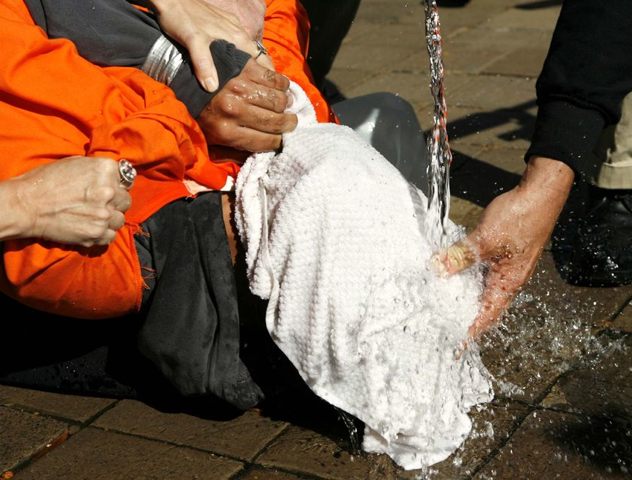 Torturing suspects is a bad idea for many reasons; chief among them being it doesn’t work. That’s not some ‘head in the clouds’ Liberal fantasy either: here’s a former FBI interrogator—once labelled ‘the future of the FBI’—saying it’s basically useless. And here’s the results of a 3-year Senate probe that concluded there was “little evidence” of effective torture. Yet not only have we legalized it during our ‘war on terror’, we now seem incapable of weaning ourselves off it.

Two weeks ago, an independent report concluded inmates at Guantanamo Bay were tortured. Two years before that, a comprehensive human rights study indicated detainees had been beaten, sexually assaulted, threatened with rape, nearly drowned and subject to mock executions. In other words, the exact same kinds of tactics we call ‘human rights abuses’ when used by countries in faraway places with names we can’t pronounce. And still we persist with the fantasy that it somehow keeps us safe. 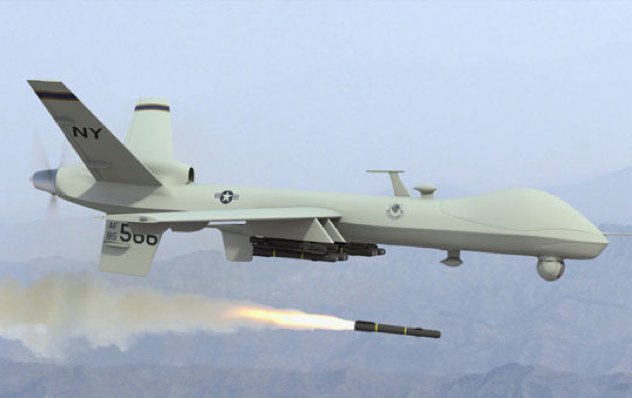 You could write an entire article on why drone strikes are a bad idea and still have enough material for a sequel. For starters, there’s their annoying habit of killing innocent people. Then there’s the matter of the ‘double tap’, where the drone returns to kill civilians and paramedics tending to the injured. Not to mention the 50:1 ratio, which indicates somewhere around 50 civilians are killed for every terrorist. Or the worrying number of children who are part of that ‘50’. But even that doesn’t touch on the most harmful aspect of all: drone strikes create terrorists.

According to the Washington Post, drone strikes in Yemen have led to a surge in Al-Qaeda recruitment, more than doubling their number. Then there’s the matter of ‘signature strikes’—where people’s lifestyle patterns are studied in some office thousands of miles away, and statistical analysis decides whether they’re probably terrorists and therefore worthy of death. Unsurprisingly, people live in fear of being falsely identified, adding to anti-American sentiment now so widespread, it seems to be guaranteeing future generations of terrorists for us to fight. Ask yourself this: if a Chinese drone came to your hometown and went all ‘Red Dawn’ on your friends and family; would you turn pro-Chinese, or would you do everything in your power to hit back at those assholes? Because, right now, we are those assholes. 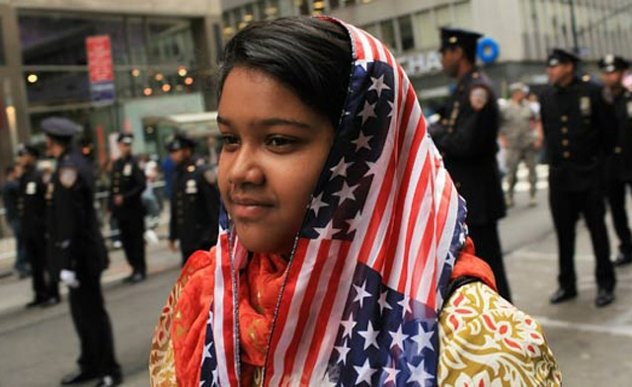 Let’s not beat about the bush here: most of us who hear the word ‘terrorist’ will picture a very specific type of person. No matter that the most lethal domestic terrorists in the USA and Norway were white supremacists; or that the Real IRA seems determined to attack the UK. Most of us associate ‘terrorism’ solely with ‘Islam’. And it seems our governments are doing nothing to change that perception.

In 2011, the NYPD and CIA were discovered to be illegally spying on New York’s Muslim communities. Not on ‘suspected terrorists’ or people with ‘links to terrorism’, but on ordinary people who happen to belong to a particular religion. And I mean spying: some AP reporters uncovered detailed maps of the routines of hundreds of US citizens, and a network of surveillance that even covered halal shops, Middle Eastern groceries and restaurants with Islamic owners. In other words, if you have brown skin and a name like ‘Abdullah’, local government apparently sees nothing wrong with drop kicking your right to privacy in the face. 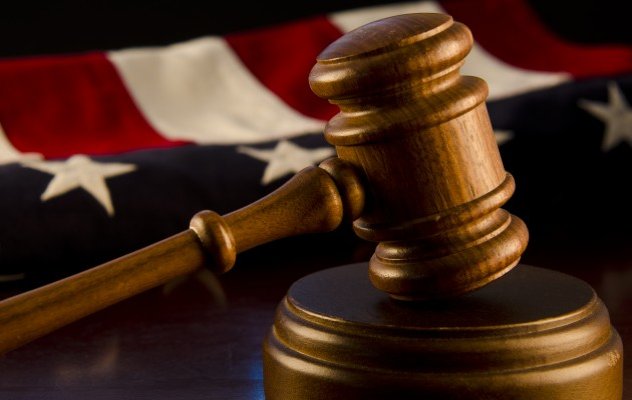 But it’s not just American Muslims who are suffering. All of us, in America and Europe, are steadily losing our hard-won liberties. Take the National Defense Authorization Act: a dull-sounding piece of legislation that means any of us can now be held indefinitely without charge. That little baby was signed into law in 2011, meaning the rest of us can now find out how the 48 Guantanamo Bay detainees who’ve been there a decade without charge feel.

But our loss of liberty doesn’t stop there: a few days ago, a former FBI agent appeared on TV to say the government is automatically recording literally every single phone call and email we make. His remarks fit in with previous revelations about government spying, and confirm a terrifying pattern. That means the call you made to your mom this morning, the angry email you sent your boss, the drunken text you sent the friend you ‘secretly’ have a crush on are all being stored somewhere, and may one day be used against you. If that doesn’t scare you, it sure as hell should. 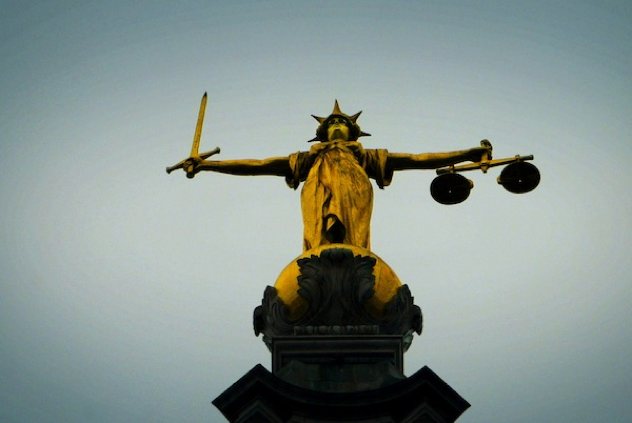 In a list of ’10 Signs You’re Living in a Police State’, Secret Courts/Evidence would be almost at the top. Yet no-one in government seems to have cottoned onto this, because our courts wheel out the whole ‘secret evidence’ bit like it’s going out of fashion. While the rationale for using it sounds good—“if this were to get out in public, it could cause a security breach”—the effects are as damaging to democracy as howitzer to the face.

Put simply, ‘secret evidence’ allows people to be detained, harassed, monitored and even charged without ever knowing what their crime was. In court proceedings, it can be used to halt a case against the Federal Government (without explanation) or even set up a shadow court-system where people are convicted using evidence no-one can see, in proceedings no-one knows about, for crimes that remain unclear. It’s the sort of thing Franz Kafka used to scream about on restless nights and the US and UK governments can’t get enough of it. In other words, one of the most basic human rights—to a fair trial before a jury of your peers—is being eroded while we sit back and do nothing to stop it. 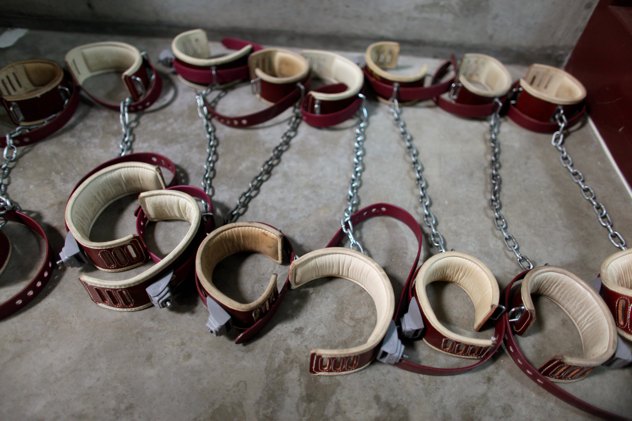 ‘Extraordinary Rendition’ is Washington-speak for ‘kidnapping’. Although practiced in the years before 9/11, the post-Twin Towers world saw a dramatic surge in CIA operatives snatching people from their homes and dumping them in a remote torture camps. According to a recent report, around 54 countries gave a helping hand—even setting up secret prison camps on their own soil. In other words, for over a decade, a vast, brutal network of kidnapping and human trafficking has swallowed the globe—and its being run by the same people who are meant to protect us.

Even worse, it’s not just terrorists they’re targeting. In 2004, Sami al-Saadi and his family were abducted by MI6 from Hong Kong and flown to Libya where they were viciously tortured. Their crime? Opposing Gaddafi—the same Gaddafi we later helped al-Saadi and his friends overthrow. Even more stupidly, a German car salesman with a similar name to a terrorist was kidnapped while on holiday and tortured for five months, before the CIA realized they’d got the wrong man. It’d be hilarious if it wasn’t so absolutely goddamn depressing. 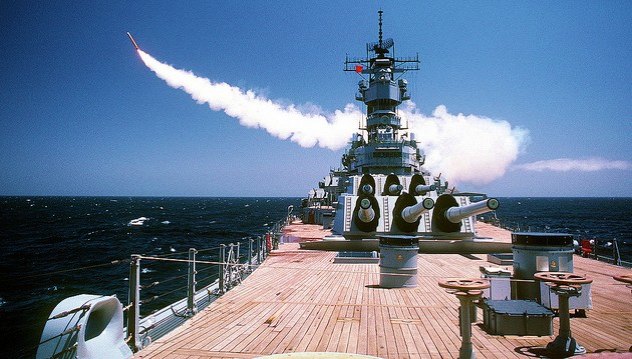 Last month, it became apparent that the Syrian army was dropping cluster bombs on civilian areas. Since international law states that indiscriminate attacks in populated areas are illegal, the campaign has been branded a war crime. So it should come as no surprise the US uses exactly the same tactics.

In 2009, an American cruise missile hit a village in Yemen where Al-Qaeda operatives were believed to be hiding. When the missile exploded, it rained cluster bombs over the entire hamlet, killing 35 women and children. Five of the women were pregnant; the youngest child was only one year old. Nor did the carnage stop there: nearly a year later a ‘bomblet’ that survived the attack exploded, killing two locals and injuring fifteen more. There is no proof anyone killed was an active terrorist, or the village was anything more than a regular village. In other words: this was a war crime—just like the gunning down of two surrendering militants in Iraq, or the murdering of emergency services personnel with the ‘double tap’ method mentioned above. Yet the government has yet to take responsibility, or even acknowledge the attack ever happened. 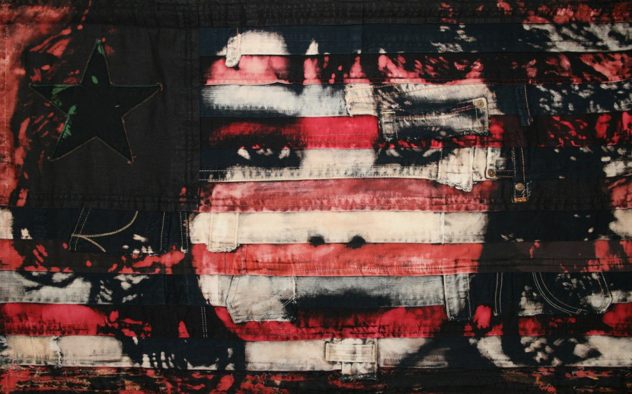 Put simply, the war on terror has made hypocrites of us all. When you define a terrorist as someone who targets civilians, women and children with violent weapons of mass destruction to further a political aim; then the definition could be applied to Washington, London, Berlin or any Western ally. By targeting villages, killing aid workers, bombing non-combatants and kidnapping and torturing innocent people, our governments have blurred the line between ‘military action’ and ‘terrorism’. If you disagree, just imagine for a moment an Iranian bomb killed your wife, husband, girlfriend, daughter or whatever—would you stop to rationalize their ‘need to protect their borders’ or would you recognize it for what it was: State-sponsored terror? Because that’s how it feels to hundreds of innocent people across the globe every day when an American missile puts their friends and neighbors in an early grave. In other words, we haven’t just lost the ‘war on terror’; we’re in danger of losing something far more irreplaceable: our own humanity.