Patriotism is typically defined as “love of one’s country,” and such love seems decent and normal to most people. But does it make sense to pledge allegiance to an area, to the people within it, or to a colored piece of cloth that supposedly symbolizes it? Should a Maine logger feel a special brotherly bond with California surfers rather than people like himself living an hour north in Canada—just because of lines drawn on a map by strangers hundreds of years ago?

Logical or not, people like waving and rallying around flags. But not everyone agrees that this is a good thing. For example, Albert Einstein said he hated “all the loathsome nonsense that goes by the name of patriotism.” Leo Tolstoy said, “One would expect the harmfulness and irrationality of patriotism to be evident to everybody.” Many others have expressed similar sentiments. It’s possible that despite the good feelings and social bonding produced, patriotism does more harm than good. 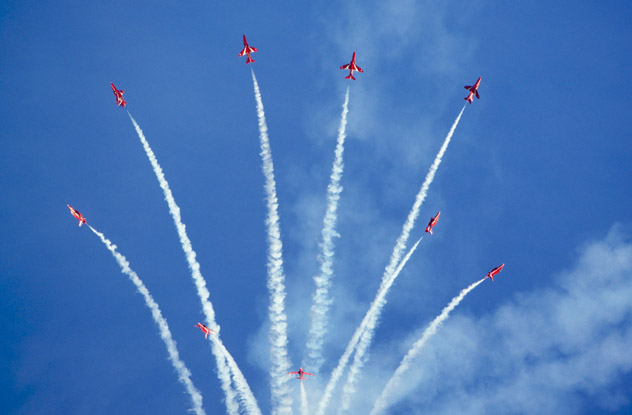 A January 2014 Congressional Research Service report titled “Instances of Use of United States Armed Forces Abroad” lists cases of US Armed Forces being deployed “in situations of military conflict or potential conflict.” The report shows 25 such deployments since 2009. Polls find that Americans are generally very patriotic (second only to citizens of Venezuela).

The US isn’t an isolated example. In the book War, Its Causes and Correlates, authors Martin A. Nettleship, Dale Givens, and Walter de Gruyter show a correlation between strong feelings of patriotism in a population and the likelihood of war.

Cause and effect are not easy to determine, but this correlation between high levels of patriotism and a very active military seems intuitive, as well as empirically true. The concept and feeling of patriotism often involve placing one’s own country above all others in the world. It seems logical that this kind of thinking encourages violence against other countries.

9It May Discourage Useful Political Involvement 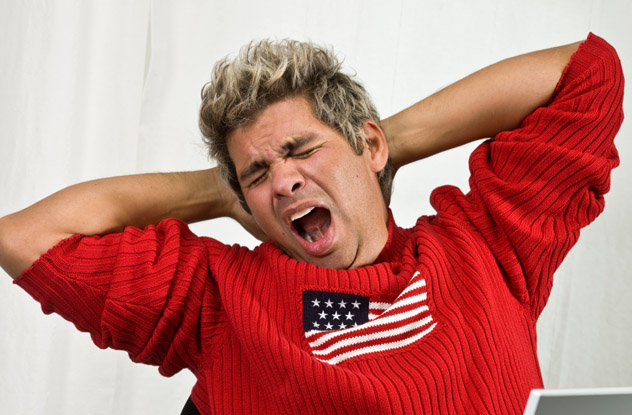 Interestingly, those who show the most love of country are not necessarily very involved in making it better—at least not through the usual political means. Research has found that “national identity,” defined as “a subjective or internalized sense of belonging to the nation,” correlates positively with political involvement. But the same researchers noted that this “stands in marked contrast to the predicted effects of other forms of patriotism.” Included in those other forms was what they call “uncritical patriotism.” Those who are identified as “uncritical patriots” have lower levels of political information, interest, and involvement than others.

Uncritical allegiance of any sort may also encourage the perpetuation of ignorance, which in turn makes participation in positive change less likely. Time and research might reveal more about these matters. On the other hand, it seems unlikely that studies which challenge positive notions of patriotism will be funded by governments, so we might have to wait a while for them.

8It Encourages Unjustified Hatred Or Distrust 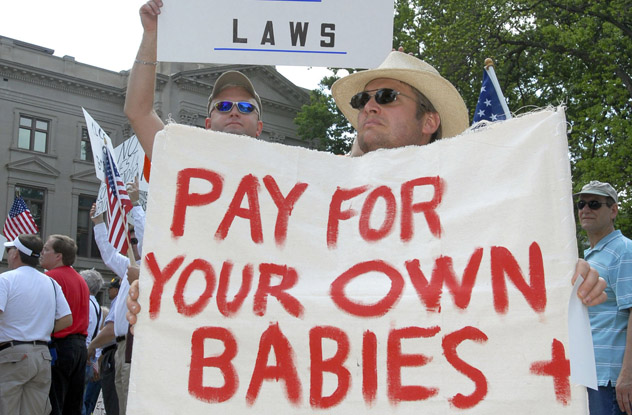 Many philosophers have suggested that patriotic feelings generate mistrust and hostility toward other countries and their residents. Philosophers and psychologists alike have long noted that the feelings create an “us and them” mentality. It is only natural that we trust “us” more than “them,” and common sense says it is easier to hate someone who is not a member of one’s own group.

Science backs up common sense. Though little research has been done on the topic, a 2013 study at the University of Texas at Arlington found a definite correlation between “national in-group identification” and negative feelings toward Latino immigrants. The researchers chose not to use the words “patriotism” or “nationalism,” but those are the words most people would use to describe “national in-group identification.” 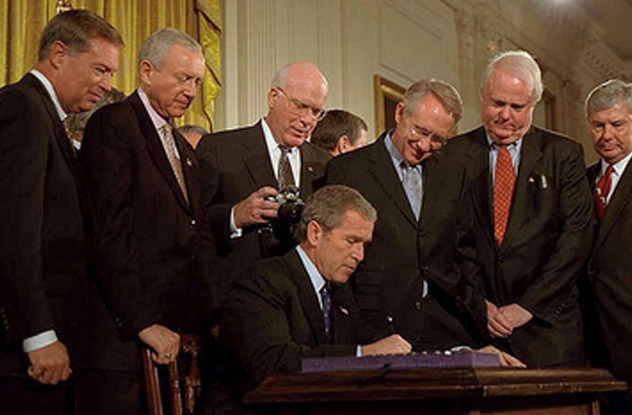 “Country” can refer to land, people, culture, history, governments, or a collection of these and vague ideas. Patriotic mythology and flags convince people that a country is more than an ambiguous concept, and that this supposedly real entity must be loved and protected even at the expense of hurting other people.

Perhaps the best examples of how patriotism leads to human rights violations come from the history of war crimes motivated in part by patriotic feelings. But patriotism also provides cover for violations of the rights of citizens by their own governments. Civil rights organizations have noted that the USA Patriot Act violates six constitutional amendments of the Bill of Rights. In North Korea, citizens in detention centers are beaten for forgetting the words to patriotic songs.

As recently as 2005, when some in Congress were trying to outlaw flag burning, a Gallup poll found that 55 percent of Americans favored criminalizing flag desecration. This was not about the dangers of open flames. There was no talk of protecting other flags besides that of the United States. And courts have ruled that desecration of the flag is protected by the First Amendment because it is so clearly a political statement. In other words, more than half of the people in the country, in their patriotic zeal, were (and perhaps still are) willing to imprison those who exercised their right to free speech. 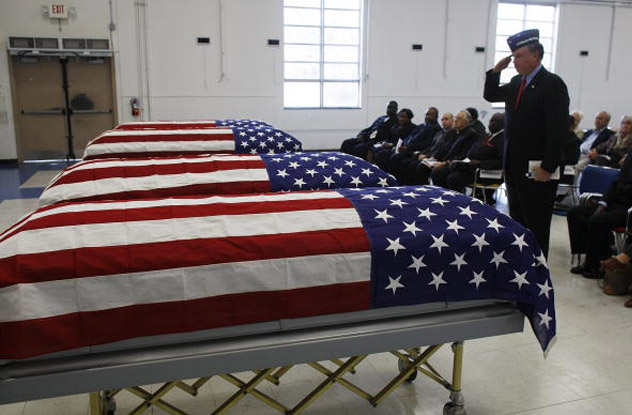 The media ban on showing caskets of killed American soldiers was instituted under President George H. W. Bush in 1991. It was lifted in 2009, but it’s a good example of the kind of censorship that citizens tolerate because of patriotic feelings. The reasons commonly given for the ban were to protect the privacy and dignity of families of dead soldiers. But the validity of the policy has been questioned by many, including some of the families themselves. And this sort of censorship for military reasons has a long history. The Alien and Sedition Acts of 1798, passed as America prepared for war with France, restricted speech critical of the government.

Some might consider it speculative to say that patriotic feelings make censorship like this acceptable. But others, even in the press, have admitted to self-censorship due to patriotism. While most reporters don’t talk about the matter, broadcast news anchor Dan Rather acknowledged this self-censorship after the events of September 11, 2001. Especially during times of war, reporters are expected to hide inconvenient truths.

5Patriotism Leads To Denigration Of Others 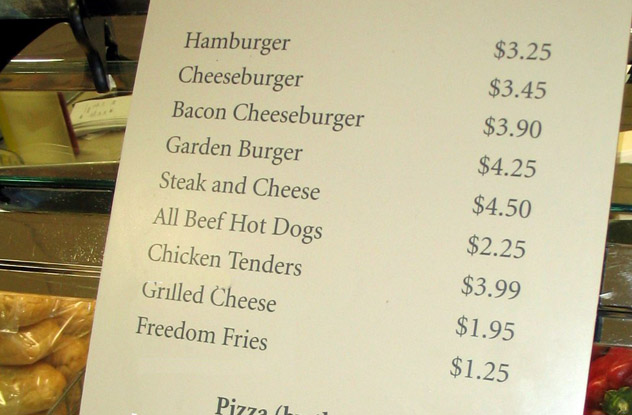 Mistrust and hatred are easier to accept and justify when we find fault in those who arouse those feelings. This is why patriotic sentiments that encourage mistrust also encourage the denigration of others who are perceived to be outside of one’s patriotic peer group. Professor Paul Gomberg from Chicago State University even suggests that patriotism is like racism. One example of this was the use of patriotic propaganda in Nazi Germany to convince people that Jewish citizens were first different and untrustworthy and then inferior in more specific ways.

In general, any ideology that places some people above others, as patriotism typically does, has results similar to racism. Groupthink encourages negative feelings toward persons who are not in the group. Consider all the negative things said about the French after their government refused to go along with the US invasion of Iraq in 2003. French fries were renamed “freedom fries” in Washington and in restaurants around the country. Jokes and negative comments about the French were common, and all this wasn’t because of any direct harm done to anyone on this side of the ocean. The government of France simply didn’t agree with a US policy, and that made patriots suspicious and encouraged their bigotry. 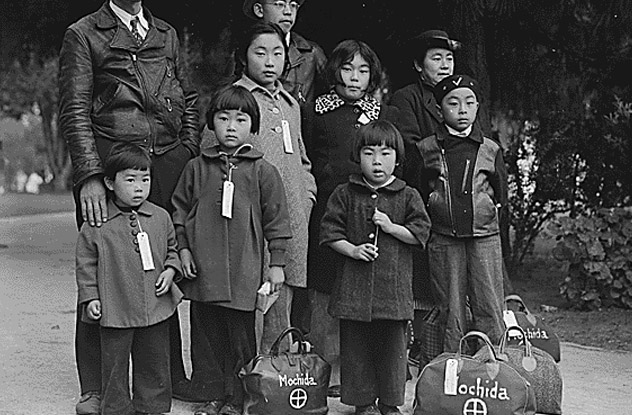 University of South Florida Professor Edward Kissi has studied recent genocides in Cambodia, Ethiopia, and Rwanda, looking for causes. He notes that “people consider patriotism and nationalism as essential frameworks within which they demonstrate their loyalty to a State.” When a patriot feels that a government or organization represents his patriotic intent, he follows orders, even when that means doing horrible things.

Others have certainly commented on how patriotism can lead people to commit atrocities. But there is another aspect to this as well: the tolerance and acceptance of terrible acts by those not directly involved.

For atrocities to happen, some level of support or tolerance must exist among the general populace. While people in the United States might normally be appalled by the idea of mass internment based on race, they tolerated their government doing exactly that during World War II. The Roosevelt administration’s concentration camps held 127,000 US citizens of Japanese ancestry. It isn’t a stretch to imagine that patriotic feelings made the populace here more likely to tolerate such a massive violation of human rights by their government. 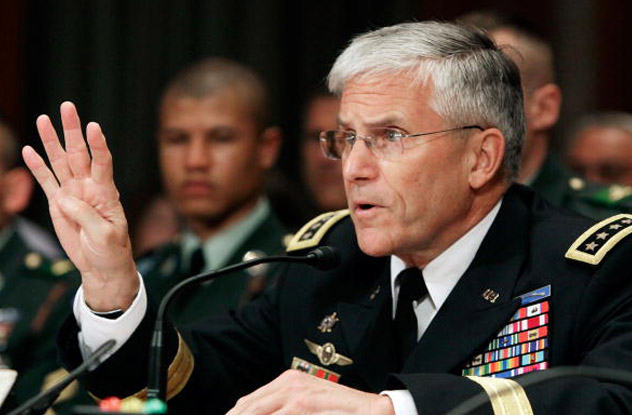 Governments encourage patriotism, and the ways in which they do that can cost taxpayers heavily. For example, the Navy’s Blue Angels shows amazes crowds, arousing feelings of pride in country—but they eat up about $40 million each year.

This and other sizable marketing efforts of the US military are dwarfed by the whole of defense spending—and defense spending is very much a function of patriotic feelings. Good arguments can be made for cutting military spending in a time when few powers threaten the United States. In fact, recent research suggests that for every dollar reduction in military budgets, private revenues go up by $1.30. Cuts would be good for the economy, in other words, and it can be argued that a more vibrant and productive economy even prepares a country for better defense in the future. But efforts to cut defense spending are often seen as unpatriotic, so lawmakers largely avoid the issue.

Richard Paul is the Director of Research and Professional Development at the Center for Critical Thinking in Tomales, California. Paul says, “Patriotic history is dishonest history that makes us, unjustifiably, feel good about ourselves.” The “truth” that people see is clearly influenced by their love of country.

If there is such a thing as an objectively best country, then citizens of the other 195 countries who believe their own country is best must be wrong. The “my country, right or wrong” attitude that patriotic feelings encourage gets in the way of honest analysis. 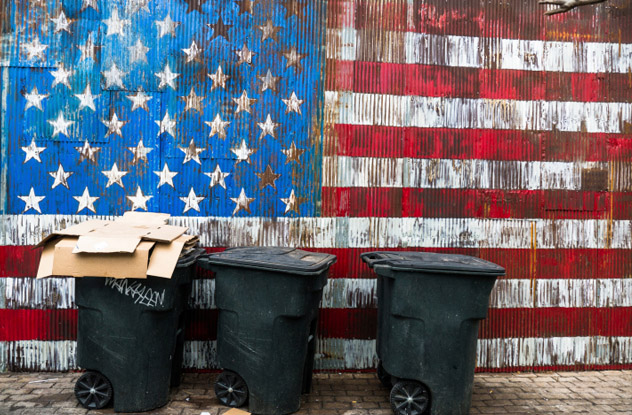 Some readers may reject these arguments, but many others will simply ascribe all the worst effects cited here as a result of “extreme patriotism” or misinterpretations of what it means to be patriotic. But if the risks are there, and milder forms might lead to more virulent ones, we have to ask if patriotism is necessary at all.

Do we derive some special benefits from it in terms of prosperity or liberty? There isn’t much evidence for that hypothesis. The United States is, statistically, more patriotic than many other countries. Yet it has a lower median household income than several less patriotic counterparts. It ranks lower on liberty than several other countries, according to measures like the World Press Freedom Index.

We don’t need to be patriotic to defend common values or the spaces we share. People will defend themselves, their families, and their homes with or without patriotic feelings. So what evidence is there for enough good effects of patriotism to balance the harm done by it?

Steve Gillman is uncomfortable writing about himself in the third person, but wants readers to know he’s a freelance writer and author of 101 Weird Ways to Make Money.