The term “graphic novel” was first used in 1964 and it would be popularized within the Comics community after the publication of the great Will Eisner‘s A Contract with God in the late 1970s. Nowadays, and after the Book Industry Study Group added “graphic novel” as a category in book stores, this term has gone mainstream.

As one understands from the title, this list won’t be your average fare when it comes to comic books. No superheroes are hiding under uniforms and masks, no aliens with super powers, and no big guns and mutants in any of these more realistic and very funny stories. These are ten of the very best graphic novels of the past 25-30 years that don’t involve superheroes. 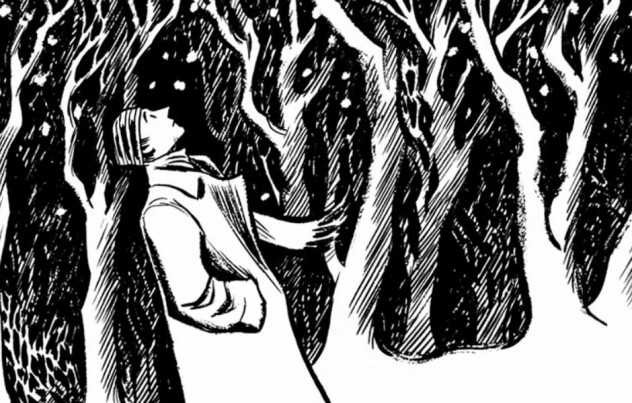 Think of every moment of heartbreak, alienation, confusion, growth, and hope you experienced between the ages of seven to eighteen. Now imagine all those experiences condensed into a riveting, beautifully written and drawn two-hour read. That’s what Craig Thompson has done in this staggering work, compressing those crucial years of adolescent experience into a novel of exquisite detail. He doesn’t hit a false note anywhere in this depiction of a young man dealing with faith, confusion and romance.

This is not light, casual reading that we would recommend to anyone—there are very disturbing and deeply sad moments in Blankets that aren’t easily forgotten, though they are more than counterbalanced by gorgeous images of freedom and hope.

Blankets was widely acclaimed, with Time magazine ranking it #1 in its 2003 Best Comics list, and #8 in its Best Comics of the previous decade. 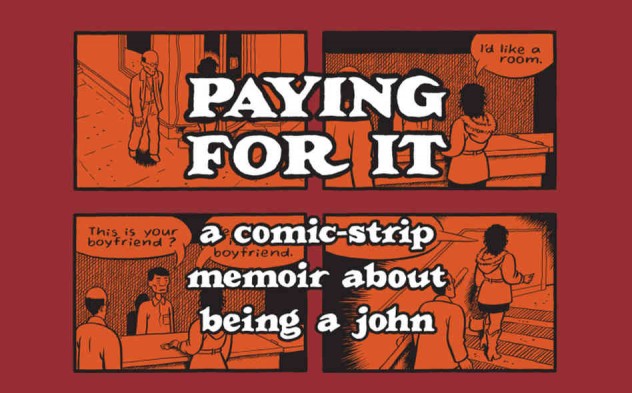 Paying for It is another autobiographical comic book written by the master of the medium, Chester Brown. Chester is exploring an important era in his later life: his experience as a “john”, or frequent customer of prostitutes, and the profound philosophical questions that experience raised for him.

The fact that he is sharing such a personal moment with us in such a beautiful and strangely romantic way in this book should not be understated. This is an all time classic piece of work. 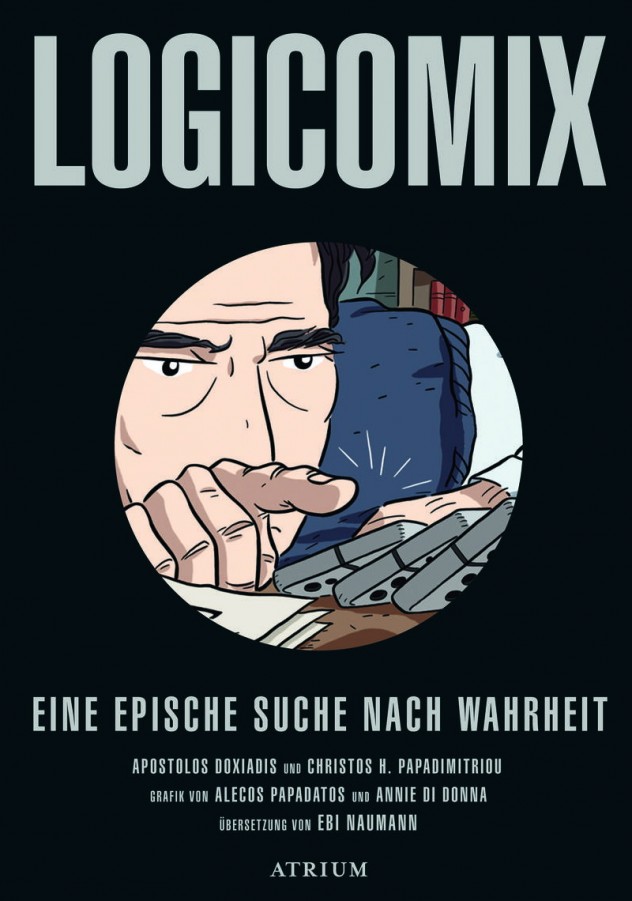 Logicomix is a story about passionate people with bright ideas who, in their efforts to seek the truth, teeter between logic and paranoia. This is a very interesting and pleasant comic book and probably one of the most unique on its own way.

Basically it is the story of Bertrand Russell, following him from childhood up to when he was about 60 years old, and how he was driven to find the truth about mathematics and logic.

Though it may sound dry, the wise choice to combine the issue raised in the workshop, with the world of drawing and comics, makes it even more interesting and fascinating. The work is beautifully clean, full of intense lines, lovely sketches and brilliant color.

The book made it to #1 on the New York Times Graphic Novel Best Seller list; the first Greek and one of the very few European comic books in history to do so. 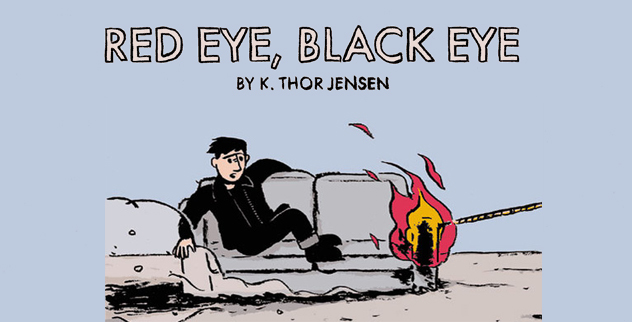 Shortly after 9/11, Thor Jensen’s prospects in New York dried up. In response, he buys a Greyhound Ameripass and travels from sea to shining sea (and back again) with nothing but a few bucks in his bank account and whatever he could cram into a backpack. Just like Kerouac’s On The Road (written shortly after World War II), Red Eye, Black Eye is a true celebration of the underbelly of America.

At each stop-over point on his Greyhound Journey, there are peculiarities unique to that location and its culture. And Mr. Jensen lends his creative talents to retelling some of the everyday stories recounted to him by folks who put him up for the night—folks he doesn’t really know at all, but is eager to learn about. We hear twisted dating stories, freaky co-workers, random bizarre encounters with the lunatic fringe, and several other memorable tales from the people along the way. Unique, strange, and never dull, Red Eye, Black Eye is not to be missed. 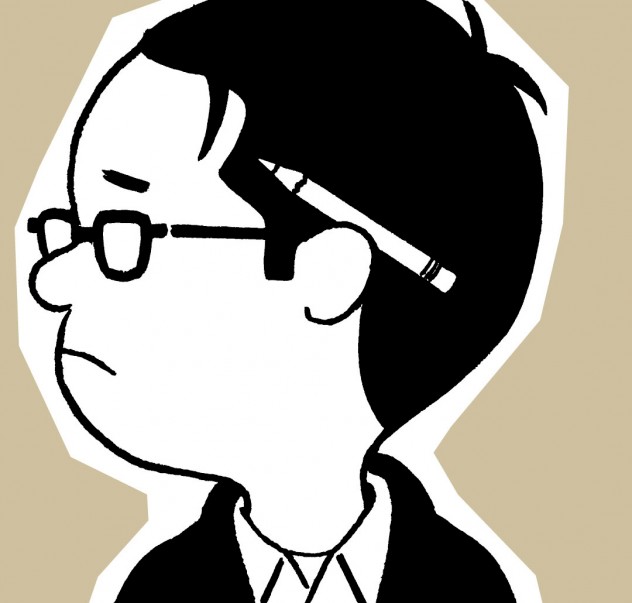 Adrian Tomine is amongst the best independent comic book writers, and this collection displays some of his best work. This book is dedicated to anyone who went through the pain and agony of high school and life itself.

32 Stories was written when Tomine was still a teenager, but does not fail to excite us just as much as his later work. The stories are slight, and preoccupied with slacker angst, but still a great jumping off point for Tomine’s work.

His artistry is efficient and minimalist in its approach, while the stories also serve perfectly as prototypes for the later, more sophisticated Optic Nerve comics that Drawn & Quarterly would release. It was, after all, the beginning of something genius. 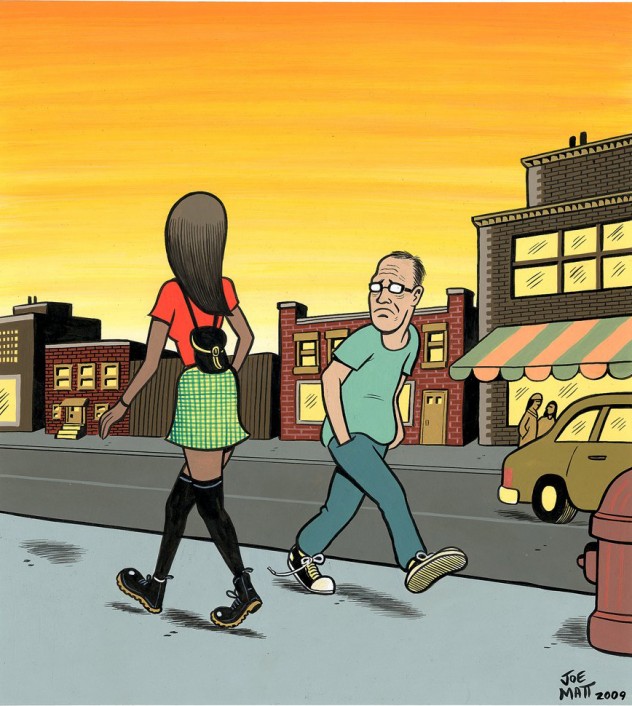 But The Poor Bastard is probably Matt’s best work to this day. The book follows Matt’s relationships as they crumble around him due to his selfish nature and ridiculously high standards for women. The title tries desperately to evoke some sympathy for the book’s main character, but since his problems are of his own doing, it’s hard to really help or sympathize.

Joe Matt has some serious issues, yet he works them out in full public view, inviting us closer to him. The aftermath of this pathetically believable behavior can be found in Spent, which is his last work. 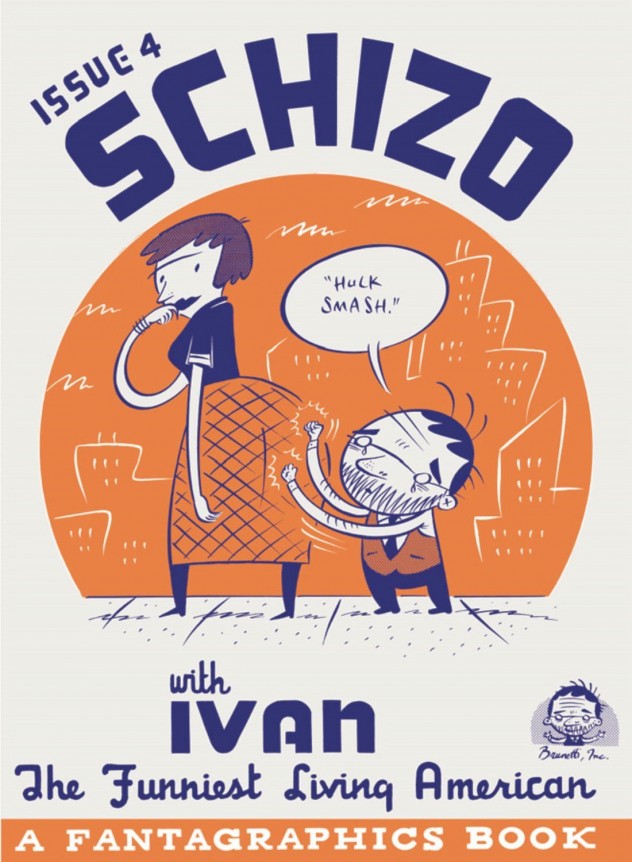 When Ivan Brunetti sent a sample of SCHIZO #1 for feedback, the response he got from the legendary Robert Crumb wasn’t exactly what Brunetti was expecting: Mr. Crumb, without any sign of sensitivity, suggested to Ivan Brunetti to stop writing comics immediately and get on Prozac as soon as possible.

Fortunately, the above tip didn’t discourage the eccentric artist. SCHIZO is indeed a very unique graphic novel; everything you need to understand is evident after the first couple of pages. The black humor is deadly, suicidal and endless—funny with an uncompromising and raw brutality. The only certain thing is that it’s not everyone’s cup of tea. But if you can take some quite disturbing thoughts and images, and want to read something quite unique and charming in the darkest possible way, then SCHIZO is the right book for you. 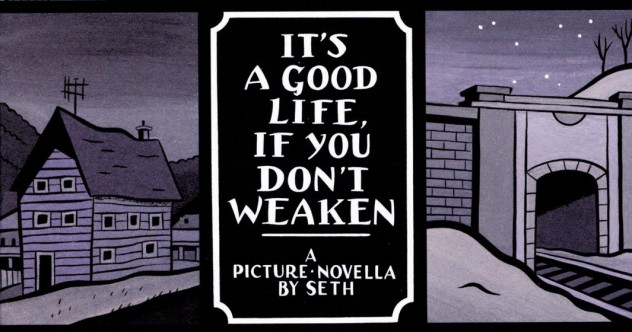 If you have read Joe Matt’s pathetic confession Peep Show, you might remember his friend Seth‘s words: “I’m working on an autobiographical comic book, but it’s not finished yet…”.

Now here comes the comic, but in a very different and classier style from his friend Joe.

The story traces the life of an old cartoonist Kalo while wrapping around Seth’s own life. We can see the trace of Kalo and old cartoonists not only in the story, but on Seth’s joyful drawing touch on rain, trains, trees, hairs, wires, a kite, a bog roll, and even the smoke of cigarette. This comic is about how our thoughts move when we draw lines. Don’t stick at a single frame or single sentiment in the depressed monologue—Feel how the sequence of frames and lines are traveling with the sentiment traveling, and you will notice that here is a new form of travelogue. It’s a Good Life, If You Don’t Weaken was ranked at #52 on the list of the “100 Best Comics of the 20th Century” compiled by The Comics Journal. 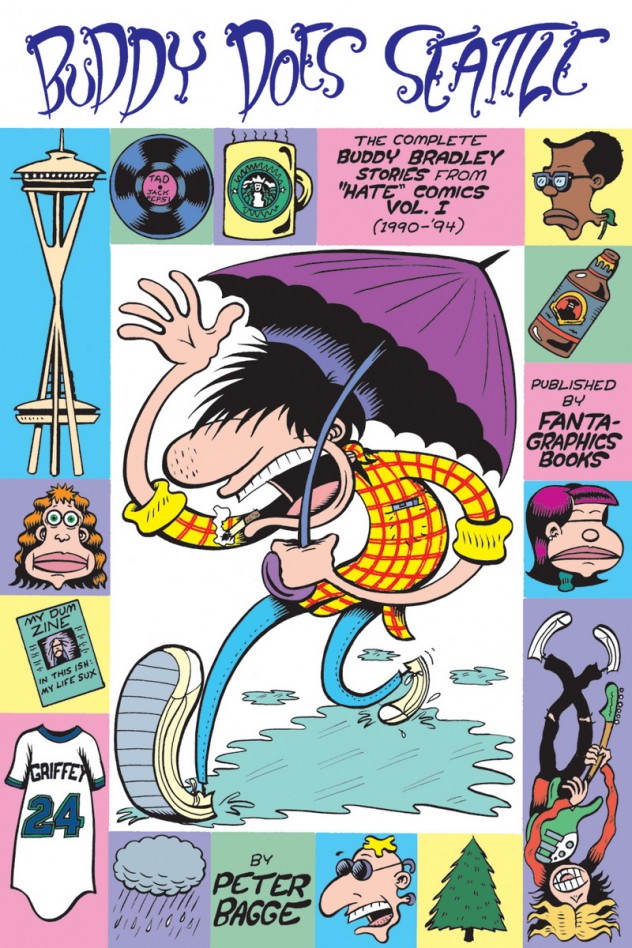 Buddy Does Seattle is a compilation of the Buddy Bradley stories from Hate Comics #1-15, published by Fantagraphics Books during the early 1990’s. The comic book follows Buddy Bradley, an alcoholic loser in his mid 20’s who is a bookstore employee and a band manager wannabe, among many other things. His adventures with bad roommates, comics, and crazy women are probably the highlights of this novel.

This is an all-time classic graphic novel and totally representative of the specific decade (90’s) that will have you rolling on the floor with laughter. Peter Bagge has a wonderful, cartoony art style that makes things even more interesting. Everything looks dirty and gritty, but always well composed and easy to read. A must-read that we suggest without any second thoughts, especially for the ones who are missing the 90’s with nostalgia. 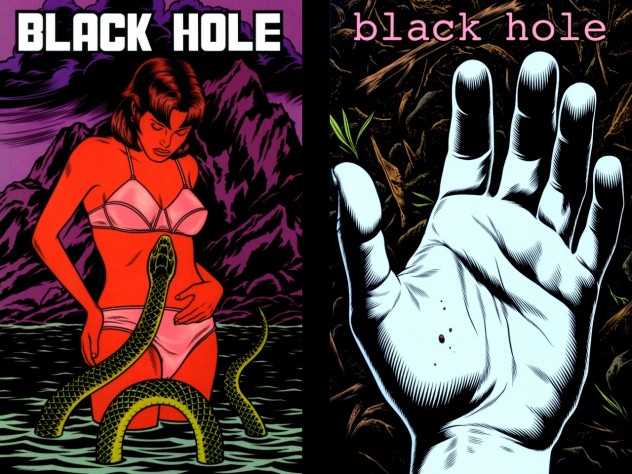 Black Hole is one of the creepiest comics ever made, and the author, Charles Black, is a true genius.

In an alternate reality version of Seattle sometime in the late 1970s, a new disease has broken out that causes grotesque physical mutations. It’s spread through sexual contact, and the outbreak zone is a group of teenage kids. Combining classic fears of adulthood with an incredible horror noir vibe, Charles Burns‘ dark, detailed artwork perfectly conveys the permanently malformed kids’ sense of hopelessness.

Back Hole is pitch-perfect in tone, pacing, and characterization. There’s just a touch of nostalgia, though Burns never allows himself to fall into the trap of romanticizing the mid-seventies. Simply the best graphic horror novel ever written.

David Fincher (Fight Club, Se7en) was slated to direct a film adaptation at one time, but unfortunately the whole thing still remains an ambitious project.