Counterfactual history is a literary genre that focuses on how history might change if one or more key events gone differently. Authors have presented numerous alternate histories of such famous events as the Napoleonic Wars, American Civil War, and World Wars. To that end, many authors have asked, “What if Alexander the Great or Julius Caesar lived longer?” or “Could Napoleon or the Axis Powers have won their respective wars?”

And yet, a whole host of events of possible consequences have been ignored. This list presents ten lesser know “What If?” scenarios in chronological order. 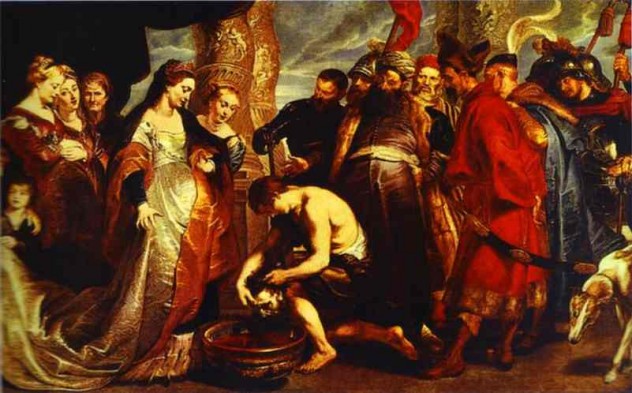 Cyrus the Great, one of history’s greatest military commanders, is credited with founding the Achaemenid Persian Empire. At its height, the Persian Empire stretched onto three continents: Asia, Africa, and Europe. Tomyris, one of history’s greatest warriors, ruled over the much smaller Massagetae of Central Asia. Cyrus had hoped to marry her, but she declined and instead they fought a bloody war in which Tomyris lost a son and Cyrus lost his life. Tomyris even plunged Cyrus’s head into a wineskin filled with human blood, shouting “I warned you that I would quench your thirst for blood.”

Given these strong personalities, one is left to wonder what they might have achieved together, or just considering what Cyrus had accomplished by the time of his death, what more he might have achieved for the Persian Empire had it included the lands of the Massagetae.

9The Proposed Marriage of Charlemagne and Irene the Athenian (AD 802) 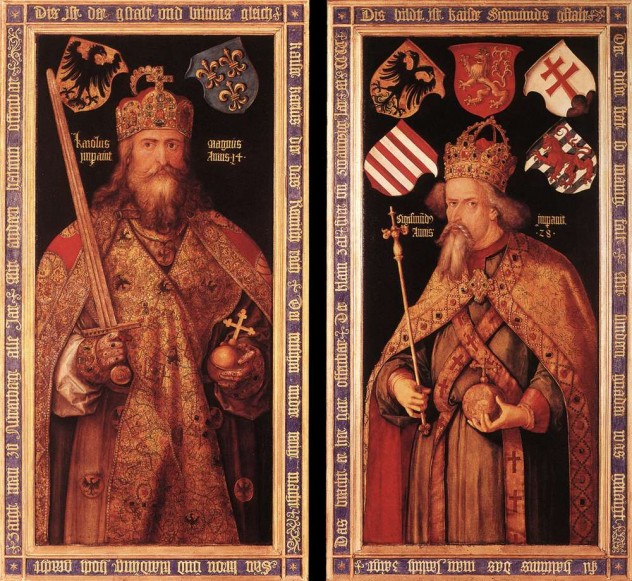 Charlemagne, known as the father of Europe, was the greatest king of the European Middle Ages and is credited with starting the Carolingian Renaissance. About two years after the pope crowned Charlemagne Emperor on Christmas AD 800, some evidence suggests that a potential marriage alliance between the then unmarried Charlemagne and the widowed empress of the East Roman or Byzantine Empire, Irene. Such a plan was not to be, as Irene was overthrown and exiled to Lesbos where she died a year later.

Had the two married, a potential reunification of the Roman Empire could have occurred under one dynasty that could have meant a more united front of Christian Europe against Pagan Viking and Muslim Arab invaders. Or, consider the fact that Charlemagne’s empire collapsed when his grandsons divided it into thirds, and imagine them dividing a much larger empire that would’ve include the Greek East. In either scenario, the effects on subsequent Medieval history would have been considerable. Not all plans to reunite the two halves of Europe were as peaceful as a marriage alliance. Holy Roman Emperor Henry VI died while planning a Crusade to avenge the deposition of a Byzantine emperor and thereby take Constantinople. Instead, the Fourth Crusade that followed Henry’s death was not led by an emperor, but by an infamous collection of crusaders who did indeed successfully take Constantinople and briefly dismember the Byzantine Empire among themselves, even establishing a Latin Empire in its place.

Had Henry not succumbed to Malaria and led this Crusade (thereby becoming simultaneously Holy Roman Emperor and Latin Emperor out of the ashes of Byzantium) could this have resulted in a rejuvenated, more united Christendom during this critical moment in the Crusades? With a Holy Roman Emperor in charge in the East, could a reunification of the Christian churches (Catholic and Orthodox) been possible? 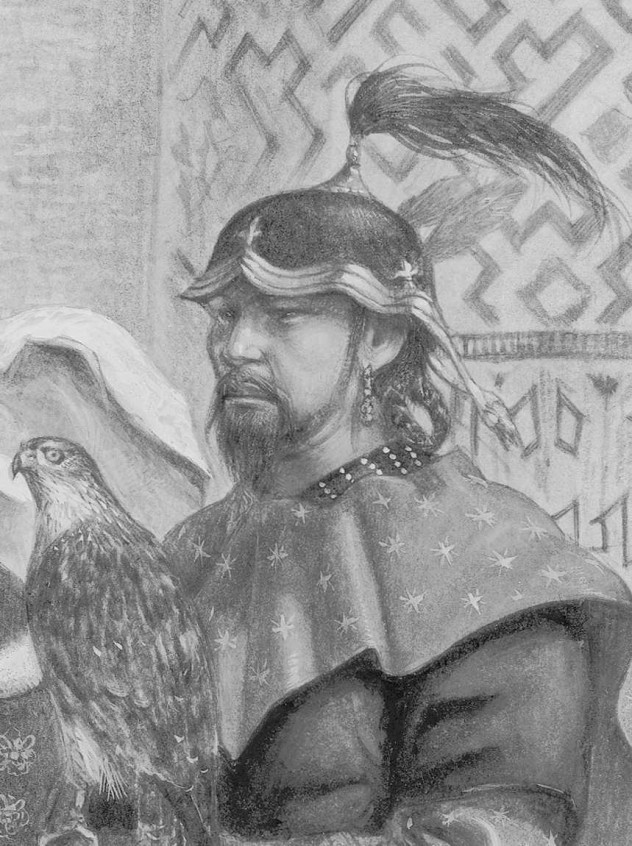 Timur the Lame considered himself an heir to Mongol conqueror Genghis Khan. At the height of Timur’s power, and towards the end of his life, he appeared to be recognized as “Great Khan” by the remnants of the Mongol Empire in Central Asia, particularly the Chagatai Khanate, the Ilkhanate, the Golden Horde, and the Northern Yuan Dynasty. In establishing this dominance, Timur conducted cruel campaigns of conquest that killed millions of Asians—but he was far from satisfied. In the last years of his life, he intended on recreating practically all of Genghis and his successor’s empire by crushing the Ming Dynasty in China. But it was not to be: Timur died en route to China in 1405.

The year of his death is crucial to subsequent events for a variety of reasons. For one, after his death, his empire largely disintegrated in a manner somewhat reminiscent of how the Hunnic Empire did not survive Attila’s passing, and just as the Macedonian Empire faltered without Alexander. Had Timur lived longer and consolidated his empire, his influence on Asian history would have been even greater than it already is.

Second, with regards to China, the leader of China at the time of Timur’s planned invasion is one of China’s most notable emperors: The Yongle Emperor. His claim to fame stems largely from Zheng He’s famed voyages of explorations. Would these voyages have occurred had Yongle been preoccupied fighting a war against Timur? Perhaps, if Timur had won such a planned war, he might have taken up these voyages of exploration, but instead converted them into voyages of conquest. 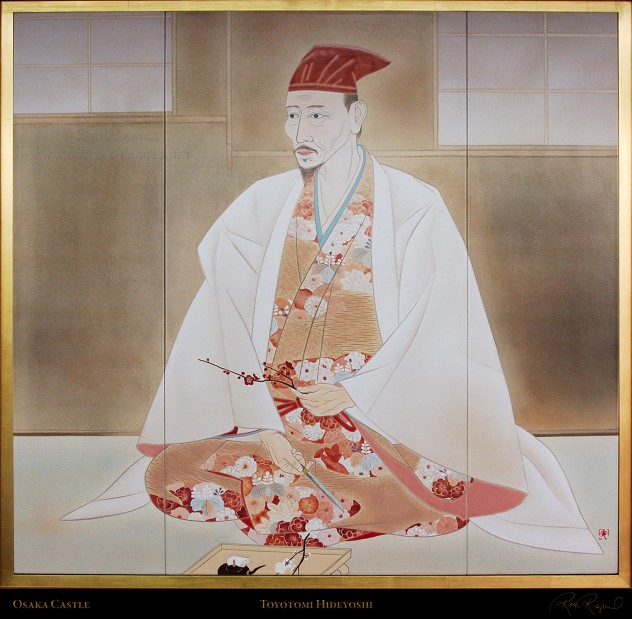 The second of the great unifiers of Japan during the Sengoku period was also the second man who planned a never-realized conquest of Ming China. Although more well-known for his campaigns in Japan, Toyotomi Hideyoshi’s ambitions went beyond unifying the Japanese islands to conquering Ming China. His attempted invasion through Korea, however, was met with a lack of enthusiasm by Koreans and ultimately the Ming Dynasty successfully resisted this attempted invasion.

The consequences of a successful Japanese conquest of Ming China would have been enormous. What kind of cultural exchanges would have occurred? What would such a conquest mean for the actual historic establishment of Tokugawa shogun ate in Japan after Hideyoshi’s death and the Manchu conquest of China in the mid-1600s? 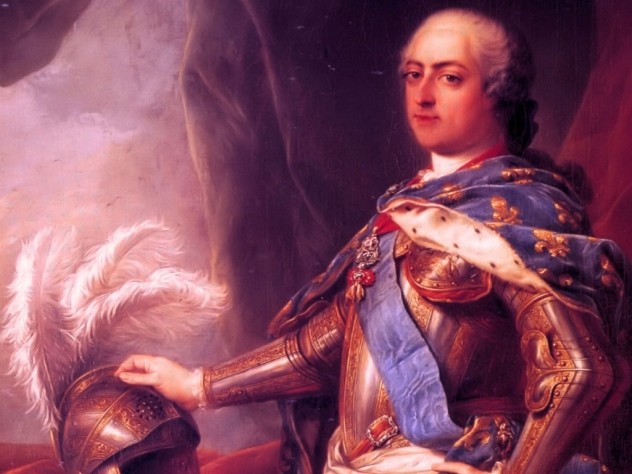 China is hardly the only major civilization threatened by unrealized or unsuccessful invasions during the early modern period. During King Louis XV of France’s long reign, he twice contemplated invasions of his neighbor across the Channel: England. The first plan, which included placing James Francis Edward Stuart on England’s throne as a French client, occurred during the War of the Austrian Succession and was cancelled after stormy weather wrecked the invasion force. France had another opportunity during the next major European war known as the Seven Years’ War, when France readied to transport 100,000 troops to invade England along with Charles Edward Stuart. They hoped for naval assistance from Denmark, Russia, and Sweden, which would include an invasion of Scotland as well. Negotiations with Stuart and the three aforementioned countries were unsuccessful, but France went ahead with its plans anyway—only to see them dashed with England’s great naval victory at the Battle of Quiberon Bay Novermb 1759.

If Charles Edward Stuart had cooperated and instigated a Jacobin uprising, if Sweden invaded Scotland, and Denmark and Russia assisted the French invasion force, could this even more ambitious plan than the 1744 attempt have succeeded? Had these schemes indeed succeeded, then by 1760 perhaps the Jacobite claimant to the English throne would have reigned as James III rather than the actual Hanoverian ruler, George III. 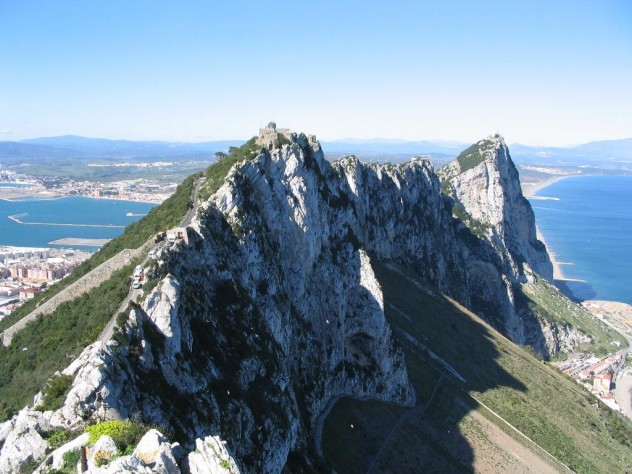 Okay, well, if neither Spain nor France could successfully invade England solo, what if they joined forces? They considered doing just that during the American Revolutionary War, which despite its name, was a world war fought in more than just America. The Franco-Spanish Armada consisted of sixty-six ships and 30,000 troops, with 400 transport boats assembling in France to transport an army of 40,000 to England. This Franco-Spanish Armada, however, would fail, just as the more famous joint Franco-Spanish invasion attempted by Napoleon also failed. Despite America winning its independence, America’s allies France and Spain didn’t manage to take Gibraltar and never accomplished their planned invasion of England. These failures had tremendous effects on these countries in the succeeding years.

One must ask what a more triumphant France at the end of the war would have meant for the reign of Louis XVI. Would we have had a French Revolution in the same manner? Would the 1800s be a Pax Gallica rather than a Pax Britannca? 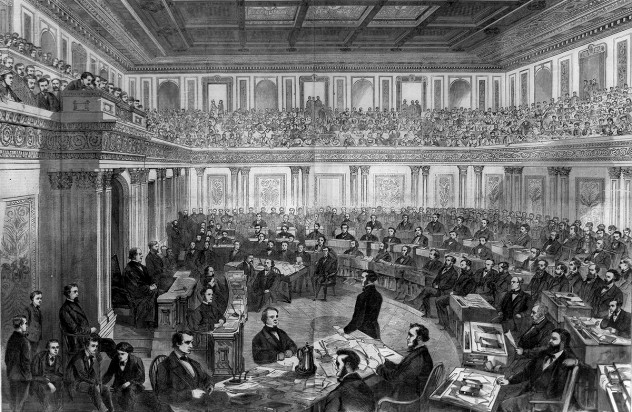 According to President Thomas Jefferson, former Vice President Aaron Burr of these United States of America schemed with General James Wilkinson to carve out their own independent nation. They intended to use land from some unknown amount of territory in either central or southwestern North America from lands within the Louisiana Territory and/or Mexico. Reportedly using Blennerhasset Island on the Ohio River as their base of operations, the conspirators were ultimately challenged by Ohio’s governor’s militia before Kentucky’s District Attorney brought up charges against Burr. The former vice president was arrested, tried, and acquitted.

If the plot had gained further steam before its unraveling, would it have meant a Civil War of sorts fifty years before America’s actual Civil War? Moreover, if America was embroiled in such a civil war in the early 1800s, how would it have affected the War of 1812? 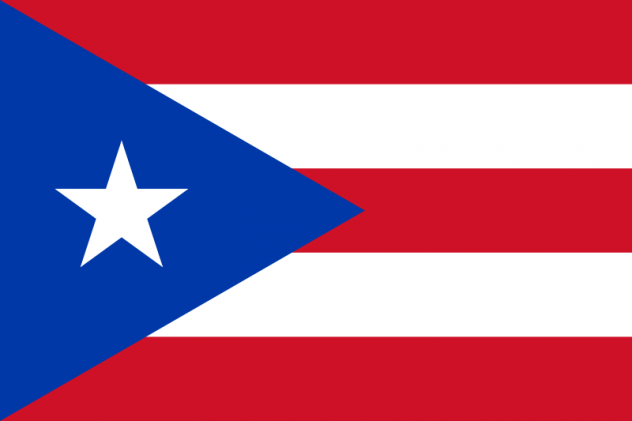 In the early 1820s, Henri La Fayette Villaume Ducoudray Holstein, a Germano-French veteran of the Napoleonic Wars planned to invade Puerto Rico, remove Spanish authorities, and declare an independent republic in its place. Holstein made contacts throughout the old and new worlds alike for economic support and settlers to join his expedition. Nevertheless, despite Spain’s dwindling influence in the Americas by this time, the country managed to maintain control of this colony for the time being and placed Holstein on trial before deporting him.

Had his plan succeeded, it would have added to the number of American colonies liberated from monarchic Spain as a republic during the first half of the nineteenth century. Yet, its potential significance concerns events at the end of the nineteenth century in that Puerto Rico was one of the contested territories fought over during the Spanish-American War. Had this territory achieved its independence in 1822, what would that have meant for the Spanish-American War, let alone the current situation of Puerto Rico, which is now an American commonwealth? 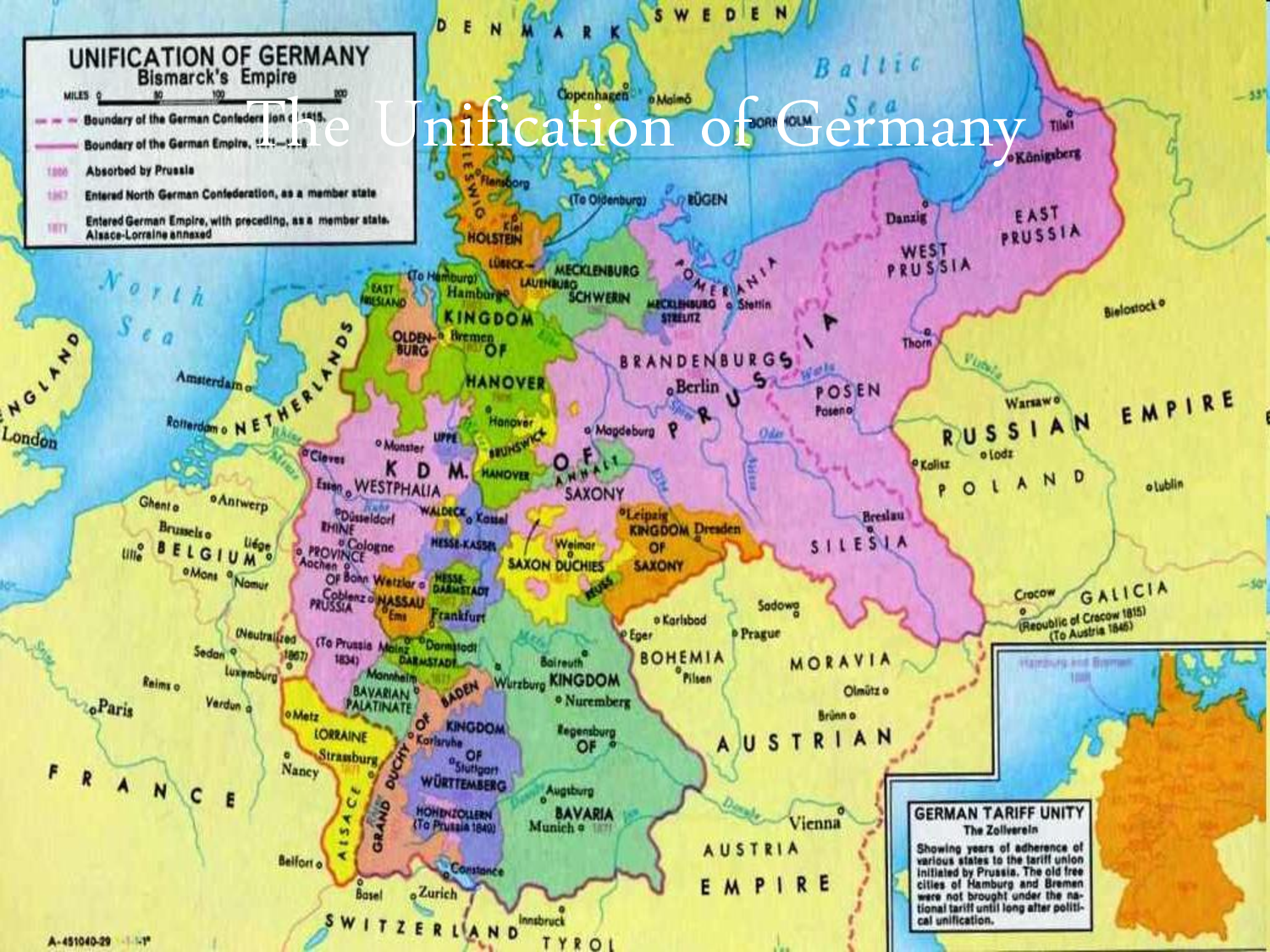 In 1848, a wave of revolutions tore through Europe in a manner perhaps foreshadowing the ongoing Arab Spring. Yet, unlike the Arab Spring, these revolutions did not topple as many of Europe’s government governments in quite the same dramatic fashion as we have seen in Egypt, Libya, and potentially in Syria. Yes, France went from monarchy to republic again, but the revolutionaries did not execute the abdicated king a la the Libyans with Muammar Gaddafi. In the lands of the Germanic Confederation, rather than overthrow a monarch, the revolutionaries actually hoped to elevate an existing king to position of German emperor.

Instead of accepting this honor, Frederick William dismissed it as a “crown from the gutter”, thereby denying Germans a chance to unify earlier than they actual would. Whereas Germany could have unified under a Prussian king in 1849, it instead fought a sequence of wars against Denmark, Austria, and France that resulted in thousands of deaths before finally creating a German Empire under a Prussian king anyway in 1871. By unifying through conquest, it put Germany on a more militaristic path and since they took away France’s territories of Alsace-Lorraine, it also helped plant the seeds of World War I.

For the sake of Germany, what would it have accomplished with two more decades to consolidate itself as a unified state? Would we still have experienced the tragedies of the twentieth century that grew, in part, out of the animosities established in the nineteenth century? Alas, as is the case with all these scenarios, for better or worse, we shall never really know.