There are two popular ways of looking at the future: as a place where all our problems will disappear where and everyone will be happy, or as a wasteland of unremitting bleakness. Right now, my money’s on the unremitting bleakness. And with good reason: from technology to weather-patterns to our own government, everything in the future wants us dead—and it wants to kill us in the most terrifying way possible. Think I’m joking? Then how do you explain: 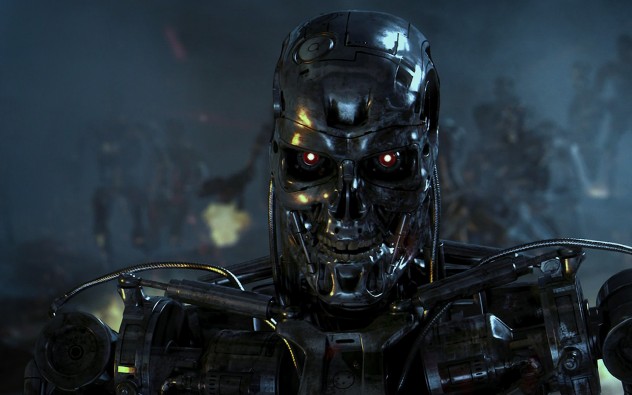 LARs may sound like the name of a laid-back Dutch stoner, but it’s really an acronym for something far more terror-inducing: Lethal Autonomous Robots. And they do exactly what they say on the tin. Basically, LARs are autonomous war machines we’ll send into combat zones instead of troops—programmed to super-kill everything that crosses their path. In other words, they’re precisely what James Cameron dreamt up thirty-odd years ago, crossed with “that” scene from Robocop.

Obviously, the rationale behind this is a sensible one; sending our future-robotic overlords into battle in place of soldiers will (presumably) save a whole load of lives. Recent experiments with drones, however, have already proven that automation tends to lead to massive civilian casualties and an increase of paranoia and extremism in the affected areas. So if drones are already driving more people to Al-Qaeda, then imagine what a fleet of Terminators terrorising North-West Pakistan might do for recruitment. And while we’re on the subject of drones… 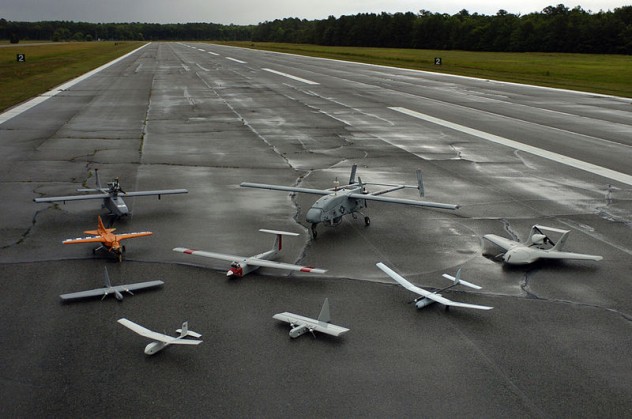 One of the more-unsettling revelations we’ve had this month is that the FBI routinely deploys drones over American soil. Unlike the behemoths that float over the Middle East, raining hellfire death on weddings and suchlike, these “domestic” drones are about the size of a model airplane—and they’re used exclusively for surveillance. Given what we’ve recently learned about the NSA, the idea of fleets of spy drones continuously monitoring the civilian population should be worrying enough; and it might be about to get a whole lot worse.

Scientists are now on the verge of constructing fully-autonomous bee-sized robots. Once that happens, it’s only a small step before we find microscopic cameras swarming across our skies, monitoring our every move. At that point we can kiss our privacy goodbye. All of us—me, you, your girlfriend, your mom—will be under what will basically amount to 24/7 surveillance. It sounds like the stuff of paranoid nightmares—but so does an unaccountable government organisation constantly monitoring all our communications. And, as with the NSA, we probably won’t know about it until it’s already happening. 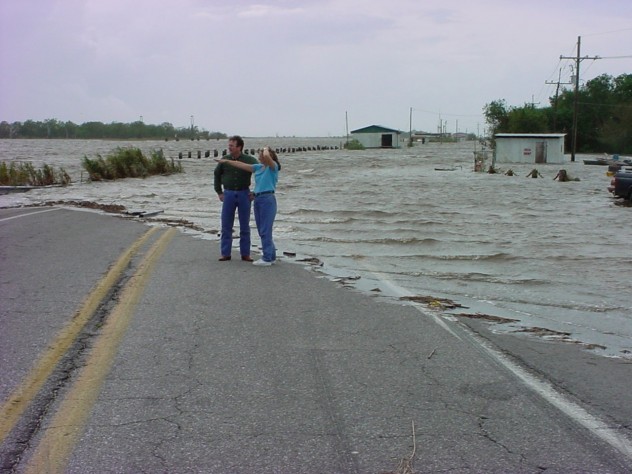 There’s no doubt about it: our climate is changing. We recently hit the historical milestone of four hundred parts of carbon dioxide per million in the atmosphere, and all signs are pointing towards a forthcoming “climateocalypse.” Of all the doomsday scenarios that might occur as a result of this development, perhaps none is more dramatic than rising sea levels. Currently, fifty percent of the world’s population lives in coastal areas—and as “The Day After Tomorrow” taught us, human beings and dramatic flooding don’t exactly mix.

For a sneak-peek of the upcoming planetary devastation, you need only glance at the Alaskan village of Newtok. Within as little as five years, the entire township of four hundred people is predicted to be underwater, with the US Army Corps of Engineers estimating that the town’s highest point will vanish beneath the waves in 2017. But it’s not just small communities that will be hit. Current estimates suggest that Venice will be uninhabitable by 2100, with Amsterdam and Los Angeles being deserted fifty years later. When that happens, there will be a large number of homeless, helpless people flooding into the “safer” cities—triggering an enormous battle for resources that will pose a threat to all of us, regardless of whether or not we live on a hillside. 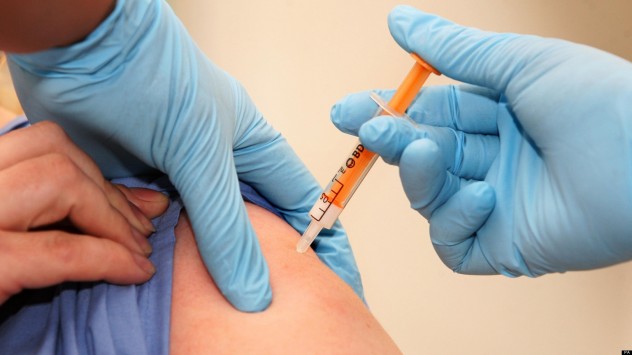 We in 2013 are seriously overdue for a pandemic. There have been ripples: SARS in the early 2000s, swine flu in 2009, and the ever-present threat of bird flu—but the last time the globe suffered from an epoch-shattering flu-explosion was too long ago. And that’s worrying, because it means that the chances of a big one turning up are getting higher and higher.

Make no mistake—a proper pandemic could do everything from crashing the world economy to wiping out five percent of the global population. When the biggest flu pandemic ever recorded touched down in 1918, it tore a hole through the population bigger than that caused by World War One itself. At its height, the Spanish Flu was killing a million people a week—giving it a greater body count in one year than the Black Death managed in a century. And we’re currently due for another one. It may not be quite so bad, and it may take a few more years to arrive—but the scary thing is that it’s coming, and there’s nothing we can do to prevent it. 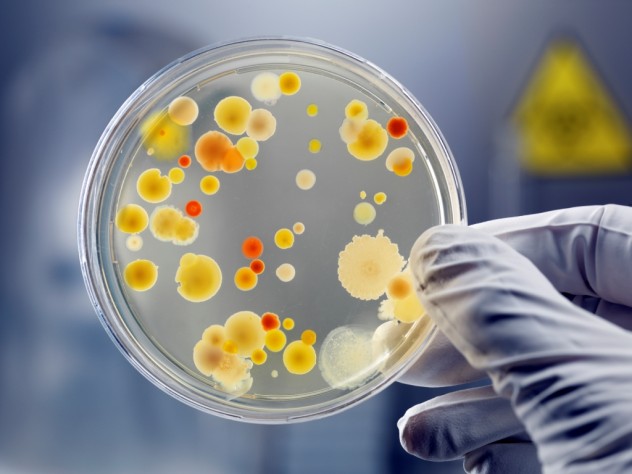 But hey, we might not even stick around long enough to make it to Spanish Flu II. You’ve probably heard of antibiotic resistance; basically, it’s the thing most likely to kill you in the next fifty years. Thanks to decades of over-prescription, bacteria are getting used to our normal, everyday medicines. So we should just prescribe something stronger, right? Certainly—until the super-pills stop working too, that is. At which point we’re in deep trouble.

This isn’t some dystopian nightmare; it’s happening right now. According to the World Health Organisation, four hundred thousand resistant infections currently occur each year in Europe alone, leading to 25,000 deaths. And the problem’s getting worse: as more third-rate doctors throw unnecessary prescriptions to masses of patients, and more farmers pump their livestock full of antibiotics, the resistance level increases until . . . who knows? We find a new “wonder medicine”—or lose every single health advantage we’ve gained over the last century. 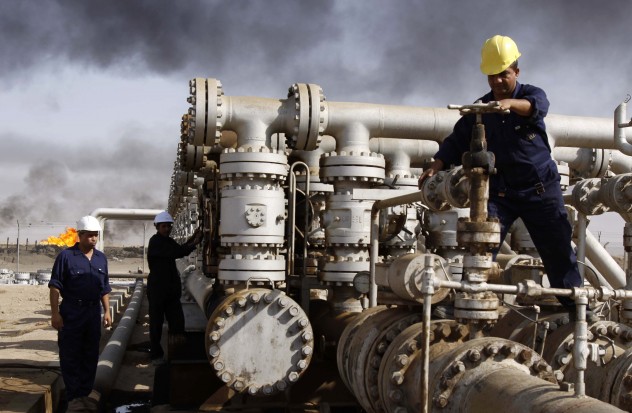 Did you hear the news? Peak Oil—the point at which global oil production goes into terminal decline, leading to a Mad Max-style wasteland—is apparently dead. According to Time, developments such as fracking have “loosened the oil market,” meaning that this particular brand of Armageddon will never come. That was a close call, wasn’t it?

Far from it. The problem with Time’s report is that it’s basically nonsense. Don’t believe me? Here’s the guy who invented the term “peak oil,” explaining why it’s still on course. And here’s the Washington Post saying exactly the same thing. No matter how much we invest in alternative extraction methods, oil is a finite resource. Peak Oil is as inevitable as sunrise or bad Eddie Murphy movies—the only question is “when.” Scarily, the answer might be “now.” There’s research out there which suggests that our current financial collapse may have been made worse by slowing oil production; meaning that total economic meltdown may only be a few short years away. 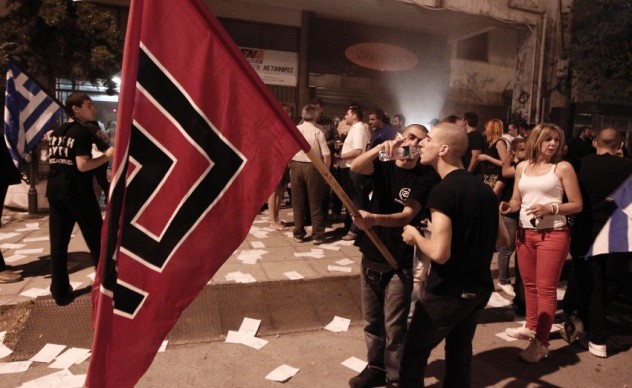 As I’ve mentioned before, the world is fast becoming a scary, hate-filled place. We’re all aware of the persistent threat of terrorism and our own terror-inducing response to terrorism; but this modern spread of extremism goes deeper than that.

Take Greece. The cradle of Western civilisation recently tumbled down a financial black hole; and the results have not been pretty. Amidst the festering gloom, fascist movements have sprouted like toadstools. One of them—Golden Dawn—currently attracts thousands of otherwise regular people to their rallies—despite their known tendency to murder immigrants. With the situation across the whole of Europe volatile, it’s only too easy to imagine that we’re witnessing a repeat of the 1930s, having completely failed to learn from history.

Even in our own backyard, extremism is on the rise. Last year, the Southern Poverty Law Centre documented a record number of so-called “patriot” groups—factions like the KKK that are so rightwing they would rather see their nation burn than deviate from their own plans. So long as the economy spirals, these guys will keep surfacing: and the global recession doesn’t seem to be going away any time soon. 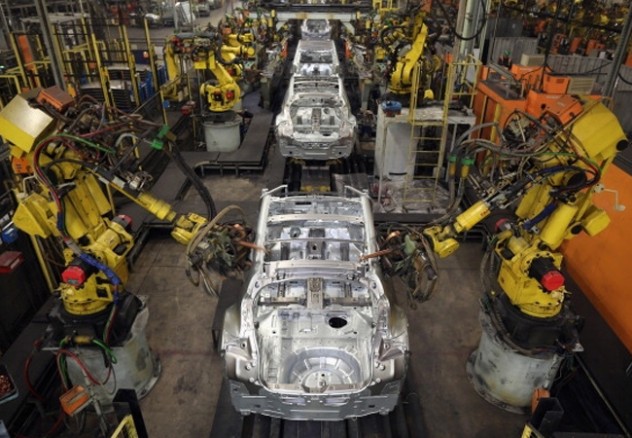 I’ve got bad news for you, kids. No matter how hard you study, no matter what degree you do, you’re going to spend the majority of your life underemployed and under-paid. And for this you can blame the robots.

That last link goes to a piece seemingly designed to shatter all your hopes for the future. Right now, it seems that we’re on the verge of a major AI breakthrough. Most predictions indicate that it will happen around 2025, at which point the labour market will completely collapse. A true AI breakthrough would mean constructing machines that can do everything a human can. Since machines don’t take breaks, ask for higher wages, or browse popular websites when they’re meant to be working, there’ll be literally no reason for employers to keep us human beings in work.

When that happens, the entire social model will go into free fall. Can you imagine the government supporting practically the entire population through hand-outs? Of course not. So what will happen? Crippling unemployment, social unrest and protracted misery seems likely for all of us. Robots will one day make better doctors, stockbrokers, CEOs and (unfortunately) article writers than we do. See you in the unemployment line in 2025. 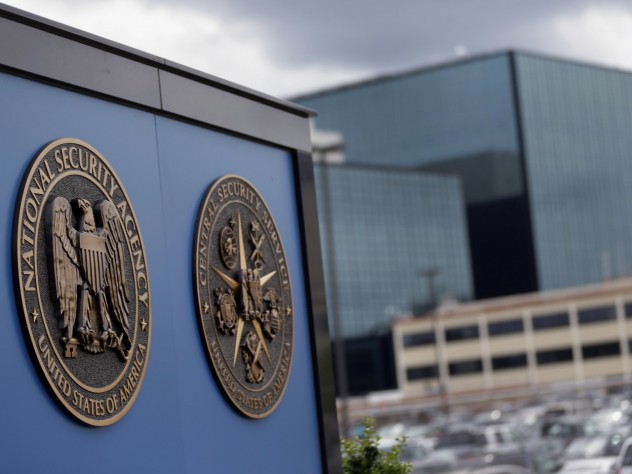 The social contract as we know it may not even last until the robot uprising. You’ve probably heard some idiot politician or other say that we need to be “more like China.” Well, that’s currently happening—in the same way that China is slowly becoming more like the US. As the West erodes workers’ rights and China drops that whole “communism” thing in favour of full-throated capitalism, the dividing line between the two is starting to look increasingly thin.

Sound paranoid? Okay then, how about we answer the following questions: Which government spies on its citizens? Both. Which government prosecutes dissenting journalists for trying to do their jobs? Both. Which government “disappears” and locks up innocent people it doesn’t like, holding them indefinitely without charge? Both. Still think I’m overstating this? Here’s the artist Ai Weiwei, who suffered atrociously under the hands of Chinese state police, saying that he’s finding it worryingly hard to tell the difference.

Now, I’m not saying that our societies are identical. Currently, I’d take the West over China any day. But as we struggle to compete against each other in the near-future, we’re going to see our two cultures becoming more and more alike in all but superficial rhetoric. It’s like the final line of Animal Farm: 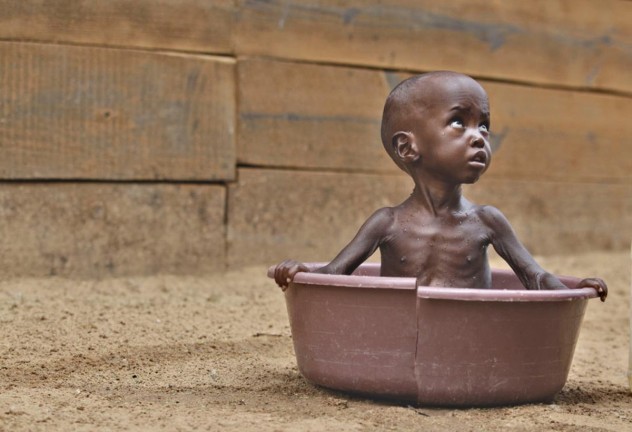 Thanks to freak weather patterns, economic unrest, and a ballooning population, we’re currently on course for a future of mass starvation. In 2008, the price of grain skyrocketed, leaving a lot of people hungry at best and dead at worst. And that’s just a taster of things to come. According to the Guardian, we’re standing on the precipice of global catastrophe—and if you think it’s not going to affect you, then think again.

See, hungry people tend not just to lie down and die. On the contrary—they tend to get very angry. You’ve probably heard of the French Revolution—the uprising of peasants that led to The Terror, a period which saw more than forty thousand people lose their lives. One of the main causes of the revolution was the famine then gripping the country. Or to take another example from history, consider the Irish Potato Famine, which went the other way thanks to British intervention, and saw the deaths of around 1.5 million ordinary people. A true global famine could see riots, revolutions, and social unrest grip the entire world—with devastating consequences. And according to the UN itself, this could happen sometime in 2013.