Man has long been fascinated with flying, and thanks to modern technology, that dream has become a reality. Still, the privilege doesn’t come without a price. Both man and machine are fallible, and even minor mistakes can have deadly consequences. While we try to learn from each catastrophe and better our equipment, there are some crashes that leave us scratching our heads over what went wrong. 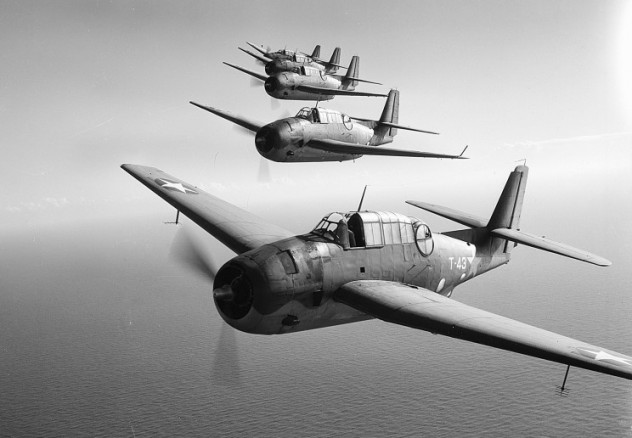 While Flight 19 began as a routine training mission for the US Navy, it ended in six planes vanishing into thin air and sparked the legend of the Bermuda Triangle.

The five Navy Avenger planes that made up Flight 19 (led by Charles Taylor) took off from Fort Lauderdale, Florida on December 5, 1945. The weather was clear, and an experienced flight instructor was with the team. But 90 minutes into the exercise, the pilots became disoriented and couldn’t recognize the landmarks below. According to radio transmissions, Taylor’s compass malfunctioned, and it appeared he was confusing the Florida Keys with the Bahamas. The command tower tried to direct Taylor back to Fort Lauderdale, and his students begged him to go west, but Taylor continued to lead them in erratic directions and apparently farther out to sea. Eventually, the tower lost contact with the five planes, and none of them were seen or heard from again. Eerily, a rescue plane also went missing that night while hunting for Taylor’s team. Many suppose it exploded in midair, since it simply dropped off the radar.

One of the most curious things about this incident is that Taylor, without explanation, asked to be excused from the day’s exercises. The Navy denied his request, and he was forced to go ahead with the fateful mission. What was Taylor’s reason for not wanting to fly that day? 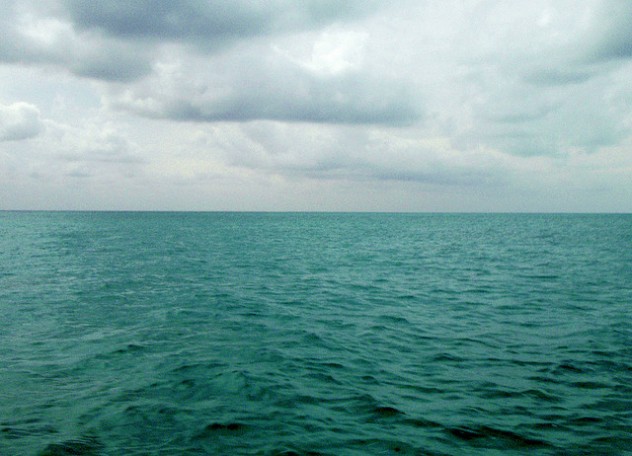 On Halloween Day of 1999, EgyptAir Flight 990 plunged into the Atlantic Ocean—killing all 217 aboard. The Egyptian Civil Aviation Authority (ECAA) investigated the crash, but because they had limited resources and the accident occurred in international waters, they asked if the US National Transportation Safety Board would take over. The NTSB was happy to—until the preliminary examination suggested foul play, after which they suggested the case be sent over to the FBI. The Egyptians staunchly refused and insisted the NTSB continue with the investigation. However, when the evidence of a criminal act continued to mount, the Egyptians decided they were capable of handling things after all, and launched their own examination.

As you might expect, the American NTSB and the Egyptian ECAA came to two different conclusions. The US determined that the copilot was suicidal and deliberately took down the plane for personal, unknown reasons. The Egyptians chalked the incident up to mechanical failures. Neither explanation satisfied conspiracy theorists, who touted ideas of terrorism and plots to kill the 33 members of the Egyptian General Staff who were on board.

Although we may never know exactly what happened, the final exchanges on the flight’s voice recorder give us a pretty good idea. The pilot was recorded saying, “What is this? What is this? Did you shut the engines?” Meanwhile, the copilot was repeating, “I rely on God.” 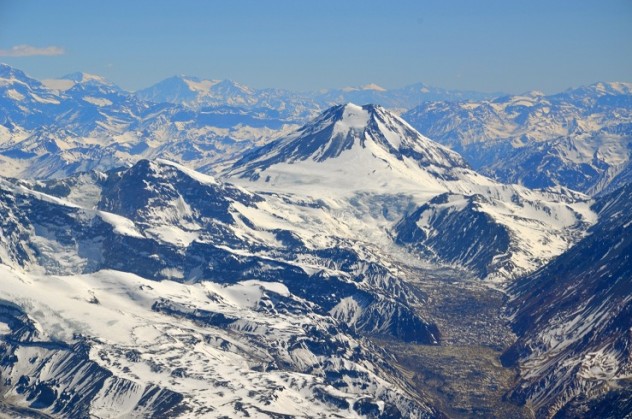 Star Dust was a civilian version of the Lancaster bomber and was registered to the British South American Airways. In 1947, it was traveling from Buenos Aires to Santiago, Chile but disappeared over the Andes minutes before its scheduled landing. In his last moments, the aircraft’s radio operator transmitted one final, puzzling Morse code message: “STENDEC.”

There was no trace of Stardust, and after extensively searching the supposed crash site, investigators concluded they would never know what happened to the aircraft. Fifty years later, hikers discovered the plane’s wreckage in a melting glacier. Star Dust went off course and, in low visibility, mistakenly descended into the cloud-covered mountain range.

While finding the plane finally put to rest speculations of sabotage and alien abduction, the meaning of “STENDEC” remains a mystery. 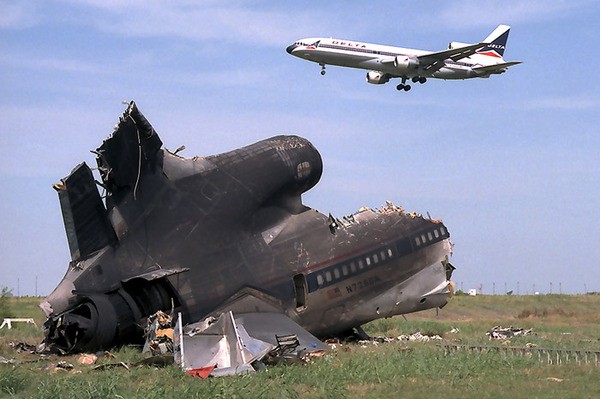 Flight 191 doesn’t refer to a specific crash but to incidents that have plagued a range of flights numbered 191. In fact, there have been so many catastrophes that, much like hotel owners who refuse to have a 13th floor, some superstitious airlines have completely done away with the number “191.”

Since the 1960s, five flights with the number “191” have ended in fatal crashes, including the worst aircraft disaster in American history: American Airlines Flight 191, which killed 273 people. Most recently, in 2012, JetBlue Airways Flight 191 made headlines after the pilot went crazy during the flight and started ranting about Jesus, terrorists, and 9/11. He was kicked out of the cockpit by the co-pilot and subdued by passengers. Later, he was put in a mental hospital.

Although the misfortune of flights ending in 191 is likely a coincidence, numerologists have had a field day trying to decipher the hidden meaning of the numbers. 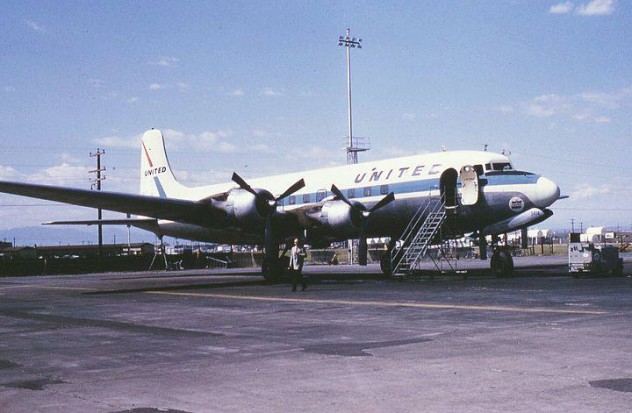 In 1962, the US military chartered Flying Tiger Flight 739 to transport supplies and Army members from California to Saigon, Vietnam. After stopping to refuel in Guam, the Super Constellation L-1049 plane took off and disappeared over the Philippine Sea. There was no distress call, and the weather was clear—it seemed the aircraft simply vanished. After a search by four branches of the military, all 107 people aboard were presumed dead. The Flying Tiger was never found.

Because no remains were located, investigators could never determine what happened to flight 739. Without facts, guesses and conspiracy theories have run rampant. Eyewitness testimonies claim they saw a vapor trail and a bright flash of light near the aircraft’s expected position. 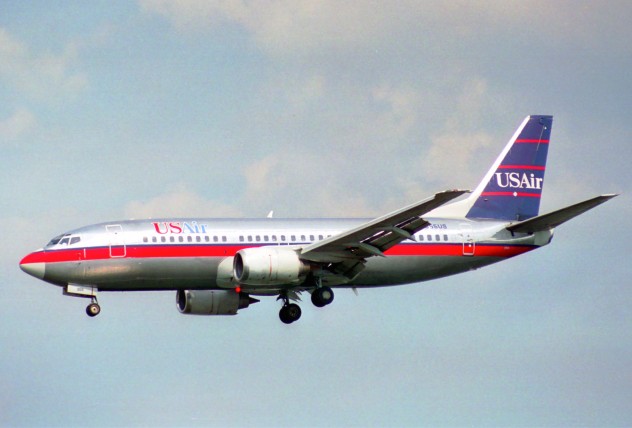 The 132 people who boarded USAir Flight 427 were expecting a short trip from Chicago to Pittsburgh. Sadly, within 10 minutes of their destination, the plane inexplicably malfunctioned and plummeted to the ground at a speed approaching 500 kilometers per hour (300 mph). All 132 people onboard died on impact. It was one of the deadliest crashes in US history and created a scene so gruesome that hardened war veterans were disturbed by the carnage.

Normally, investigators can establish the cause of a crash within a week or two, but for Flight 427, it took over four years to determine the cause of the malfunction. Examiners studied every theory imaginable and ultimately determined that a defect in the rudder caused the pilots to lose control.

While unraveling that mystery, another question arose: was USAir aware of the rudder problems in their 737 planes? Similar crashes in the 1990s have some convinced USAir could have prevented the 427 tragedy if they’d investigated other crashes more thoroughly. Many of the victims’ families sued USAir Inc. and the Boeing Co. The two companies opted to settle out of court for nearly $50 million. 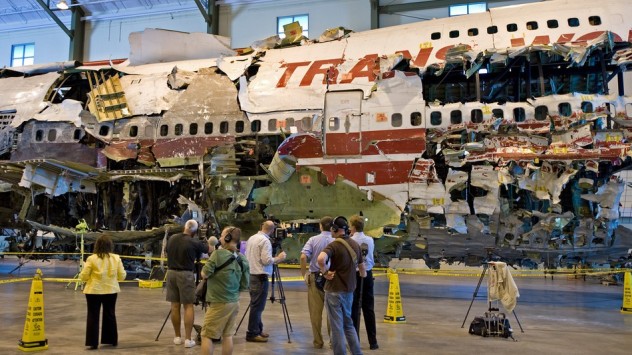 In 1996, TWA Flight 800 exploded and crashed 12 minutes after taking off from John F. Kennedy airport—killing 230 people. After a four-year investigation, the National Transportation Safety Board (NTSB) concluded defective wiring caused a spark which ignited the plane’s fuel supply. However, that explanation contradicts the hundreds of FBI witnesses who say they saw a streak of light rise up towards the plane, where a fireball emerged. These reports have caused some to believe the aircraft was actually shot down by a missile.

Who would shoot down a civilian plane? One of the prevailing theories is that the US military mistakenly hit it during Navy training sessions, which were scheduled off the Long Island coast on the same day. Other anomalies surrounding the event include explosive residues on the plane’s remnants, claims that the FBI tampered with evidence, and discrepancies between the radar data and the official theory. 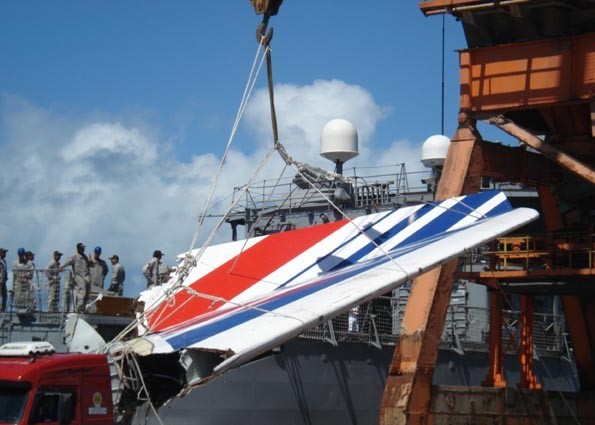 In 2009, Air France Flight 447 inexplicably dropped out of the sky and plunged into the Atlantic Ocean—sending 228 people to their watery graves. There was no mayday call, and no one was aware the plane went down until hours later, when the pilots failed to make their planned contact with air traffic control. The “self-flying” jet was supposed to be among the safest aircraft in history, and it seemed unfathomable for it to just disappear.

It was incredibly difficult to piece together the cause of the disaster—wreckage was strewn about the ocean floor. The investigation seemed hopeless when the black boxes weren’t found after 30 days, when the boxes’ locator beacons stopped transmitting. Still, French authorities continued to search. In 2011, a private team was hired for the job, and they found the missing debris field within a week. The French Navy was able to recover the black boxes as well as more than 100 bodies.

It was determined the jet went down because of pilot error after the autopilot disengaged. Although the larger mystery was finally solved, many still wonder how experienced pilots (there were three on board) lost control of the aircraft in a seemingly manageable situation. 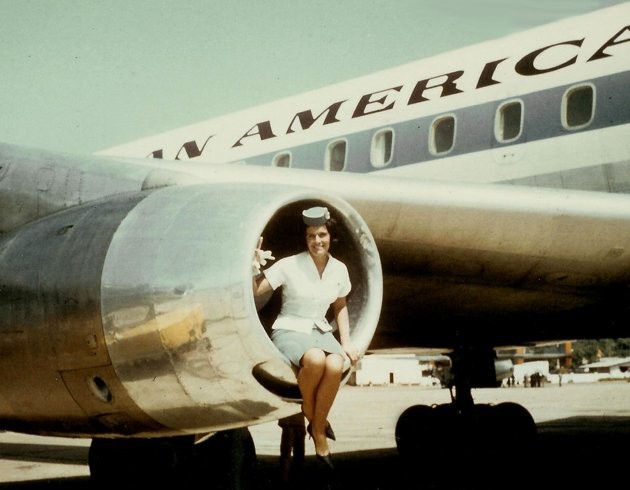 On November 8, 1957, Pan Am’s Flight 7 was just starting a luxurious, round-the-world journey when it crashed into the Pacific Ocean, killing 44 people. The wreckage was located a week later, when a US navy aircraft carrier spotted bodies floating northeast of Honolulu.

Authorities were unable to pinpoint the cause of the accident, but there are several curious facts about the crash. For one, no distress calls were ever received, and the debris was far off course. Perhaps most unusual of all, the toxicology reports revealed that several of the recovered bodies had high levels of carbon monoxide in their systems.

Over 50 years later, people are still searching for answers. Some of the current theories involve revenge from an angry crew member, insurance fraud, and engine failure.