On October 29, 2018, Lion Air Flight 610 slammed nose-first into the ocean soon after takeoff from Jakarta, Indonesia. All 189 passengers and crew on board were killed. A similar incident occurred on March 10, 2019, when Ethiopian Airlines Flight 302 crashed, killing all 157 passengers and crew aboard soon after takeoff from Addis Ababa, Ethiopia.

Both accidents attracted public and government scrutiny because they involved the same aircraft: the Boeing 737 MAX 8. Both airplanes were new, indicating that maintenance was not the problem. They also had erratic takeoffs, suggesting that the problem had something to do with the airplane.

The Maneuvering Characteristics Augmentation System (MCAS), unique software that is supposed to prevent the 737 MAX from crashing, has been fingered as the culprit in both accidents. At the time of this writing, investigations are ongoing. But here are some interesting facts about both air crashes and the already-controversial MCAS.

10 Boeing Created The MCAS To Correct A Design Error 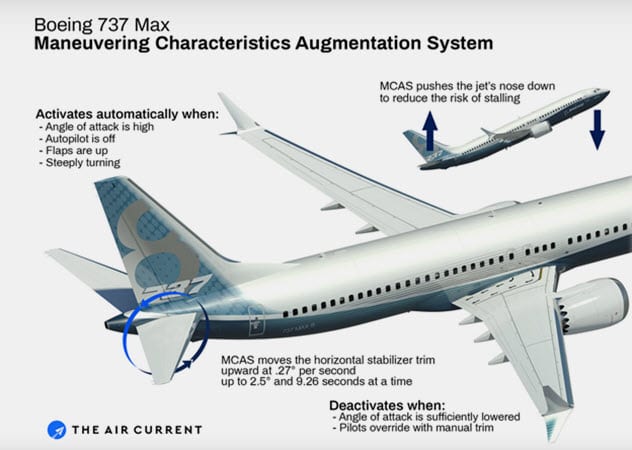 Boeing created the MCAS to correct a design error in the 737 MAX. A few years ago, Boeing was considering adding a new fuel-efficient airplane to its narrow-body fleet. The process would have taken years, which didn’t concern the company, until Airbus unveiled the Airbus A320neo.

The A320neo was a fuel-efficient, narrow-body airplane, just like the proposed Boeing vehicle. As a result, they were targeting the same market. So Boeing decided to upgrade its 737s to the new proposed airplanes to save time on development and not lose its target market to Airbus.

Time and money were the most important aspects of the creation of the 737 MAX. Safety appeared to take a back seat. Boeing even pressured the Federal Aviation Administration (FAA) into allowing the company to self-certify its new aircraft. With no oversight, it went on cutting corners to improve fuel efficiency as much as it could in record time.

Boeing added a more economical but bigger engine to the 737 airframe to create the 737 MAX. The big engine could not remain mid-wing as it did on the 737 because it was just too big. So Boeing moved the engine higher up the wing. However, the new position could cause the airplane’s nose to point upward mid-flight, causing a stall and, ultimately, a crash.

9 The FAA Allowed Boeing To Self-Certify The 737 MAX 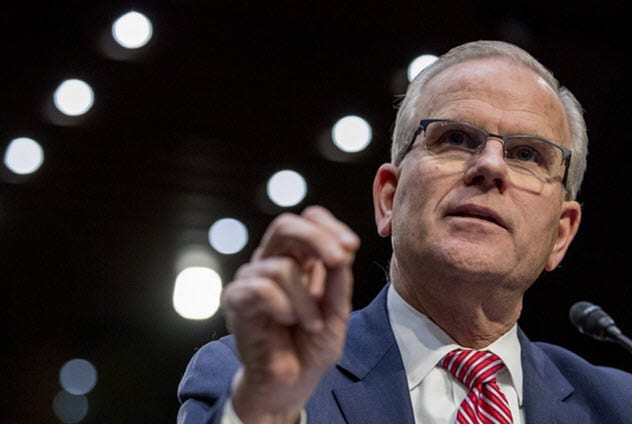 As investigations continue and links between the Ethiopian Airlines and Lion Air crashes become clearer, investigators are starting to identify some certification flaws surrounding the development of the 737 MAX. Apparently, the FAA allowed Boeing to self-certify a huge chunk of the 737’s development.

To be clear, the FAA allows every airplane manufacturer in the US to self-certify a part of their airplane’s development. The agency says that it cannot do the certifications itself because it would need an additional 10,000 staff members and over $1.8 billion in funds. However, it clearly gave Boeing too much freedom, especially with the new MCAS.

The FAA allowed Boeing to self-certify the new MCAS software that was supposed to stop the 737 MAX from stalling and crashing. The result is what we get when a teacher tells a student to grade his own homework. Boeing certified that its MCAS was safe.

In response to the Ethiopian Airlines Flight 302 crash, Daniel Elwell, the acting administrator of the FAA, said that the agency initially oversaw the development and testing of the software. But they allowed Boeing to supervise itself when the FAA reached what he called the “comfort level.”[2]

Boeing sells its airplanes the same way that carmakers sell automobiles. They sell a standard version and offer you upgrades for more money. With carmakers, those upgrades often involve comfort and performance. However, with Boeing, they also involve safety. Worse, the add-ons were so expensive that cost-conscious airlines like Ethiopian Airlines and Lion Air did not buy them.

The standard version Boeing 737 MAX involved in both crashes lacked two safety upgrades. The first consists of two exterior sensors that inform the pilots about their angle of attack (AOA), which is essentially how they are flying against the wind. The other is the disagreement alert, which will switch on whenever the two AOA sensors give different readings.

The standard Boeing 737 MAX has only one sensor and no disagreement alert. This can become fatal—as it obviously was—whenever the sensor gives false readings. After two crashes and hundreds of deaths, Boeing has finally agreed to add the safety features to the standard package.[3] 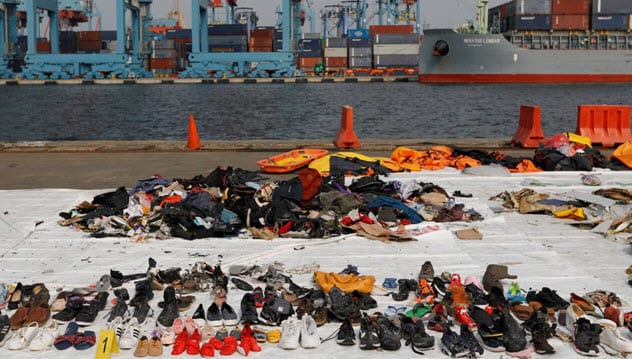 We already mentioned that the MCAS could straighten the airplane as much as it deemed appropriate. However, this could become a problem whenever the sensor gives false readings to the MCAS, as it did in the case of the Lion Air crash and appears to have done with the Ethiopian Airlines accident.

In the case of the Lion Air crash, the MCAS adjusted the airplane over 24 times in just 13 minutes. The pilots corrected the error, but they eventually lost control anyway.

The pilots detected the error and straightened the airplane. But the sensor continued to miscalculate the AOA and passed the wrong information to the MCAS, which aimed the airplane at the ground again. The pilots readjusted the airplane, but MCAS pointed it back toward the ground.[4]

The cycle continued until the MCAS aimed the airplane’s nose at the ground so severely that the pilots could not bring it back up. The pilots lost control, and the airplane slammed into the ocean at 724 kilometers per hour (450 mph). The speed was so great that some parts of the airplane turned to powder on impact.

6 Lion Air 610 Should Have Crashed The Previous Day 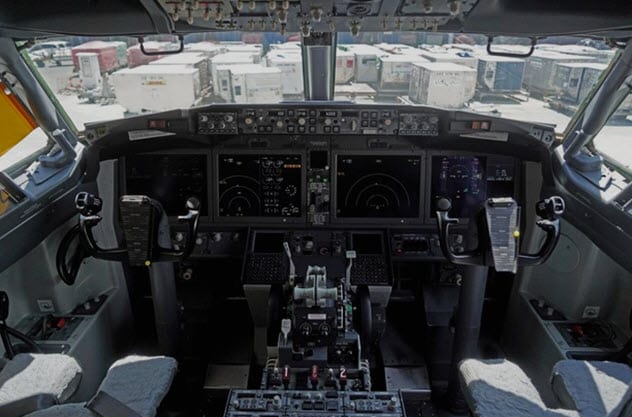 The Lion Air accident could have happened a day earlier. Fortunately, the day was saved by an off-duty pilot hitching a ride in the cockpit. The Lion Air flight kept going into a dive, and the pilots had a hard time trying to keep it flying straight.

The third (off-duty) pilot correctly diagnosed that the MCAS was giving false readings and advised the pilots to switch it off. They did, and the flight landed without incident. The airplane had the same problem when it was flown by another crew the next day. The pilots were not so lucky this time, and it crashed.[5] 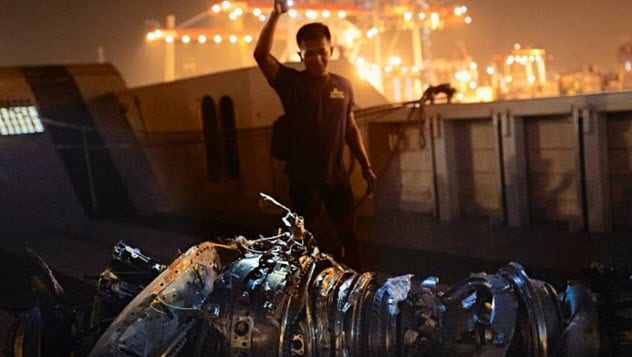 Boeing could have returned to the drawing board and corrected the errors with the 737 MAX after Lion Air Flight 610 crashed on October 29, 2018. Instead, Boeing issued a statement after the crash blaming the pilots for not following a preflight checklist and for misdiagnosing the problems with the airplane right before it crashed.

Rusdi Kirana, the founder of Lion Air, was so infuriated by the statement that he fired off expletives at Boeing’s CEO, Dennis Muilenburg, during a conference call. Kirana also accused Boeing of betraying him. Nevertheless, most people believed that the Lion Air accident was caused by pilot error until Ethiopian Airlines Flight 302 crashed.[6] 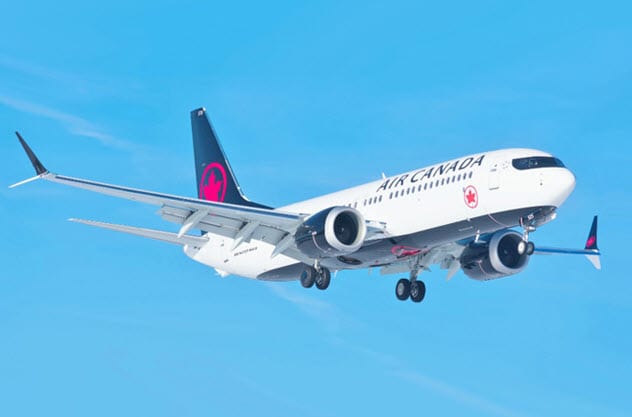 Pilots are often trained on new airplanes with simulators. However, the pilots of every 737 MAX flying today never trained on such devices. Instead, Boeing used iPads to deliver two-hour lessons about the airplane. It also gave pilots a 13-page handbook explaining the differences between the 737 MAX and earlier 737 models.

In addition, Boeing never trained the pilots on the new MCAS software that probably caused the accidents. The company later said that it did not want to overload pilots with information. In truth, Boeing never trained the pilots the conventional way because the 737 MAX was rushed and did not even have a simulator ready by the time it was completed.[7]

However, some pilots could fly the aircraft because its workings were similar to the regular Boeing 737 series. Boeing insisted that simulator training was unnecessary even after American Airlines and Southwest Airline pilots complained of the airplane’s unusual flight pattern. Instead, Boeing suggested a software fix. 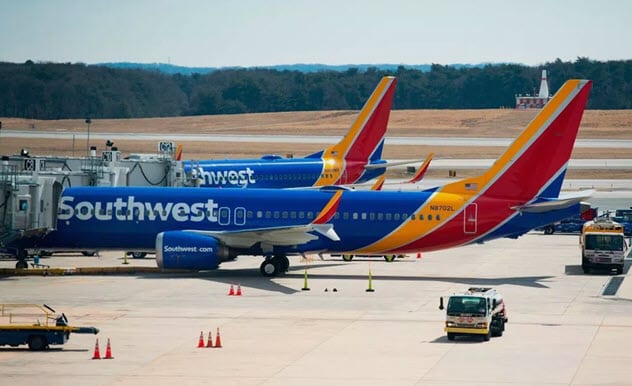 The United States was the last nation to ground the Boeing 737 MAX. The order came three hours after Canada grounded the airplane and days after China, Australia, Malaysia, Britain, and the European Union had already done so.

Right after the Ethiopian Airlines crash, concerns were raised that both accidents were linked. Several nations banned the airplane soon after. However, the US continued to deny that the air crashes were linked.[8]

The FAA defended the Boeing 737 MAX and denied its supposed problems. Dennis Muilenburg, Boeing’s CEO, also called US President Donald Trump to assure him that the airplane was safe to fly. However, the FAA finally grounded the airplane after it came under intense pressure.

2 China Was The First Country To Ground The 737 MAX 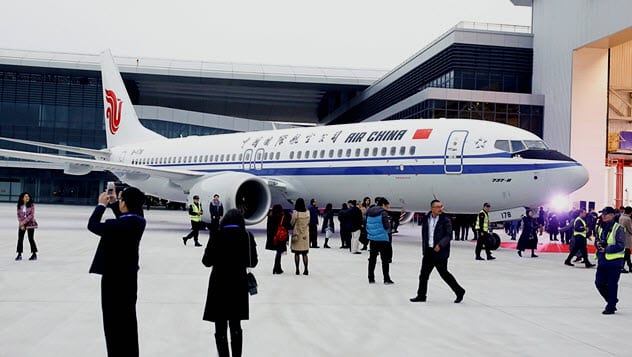 China was the first nation to ground the 737 MAX. This shouldn’t be surprising because China has 96 (representing one-fourth) of all 737 MAX aircraft in service. However, there are concerns that China grounded the airplanes to challenge the authority of the US government and the FAA.

China grounded all 737 MAX aircraft a day after the Ethiopian crash. Several nations—including Ethiopia and Indonesia (where the two affected airlines are based), Singapore, the United Kingdom, and the European Union—soon followed China’s lead and grounded the airplanes.

In the past, the FAA often issued the first grounding orders and then other nations followed suit. In fact, China typically only gave these orders if the FAA had already done so. But China did not wait for the FAA this time. If that was not enough, the FAA dragged itself into the mud when it continued to defend the airworthiness of the 737 MAX after the Ethiopian crash.[9]

1 US Pilots Complained About The 737 MAX 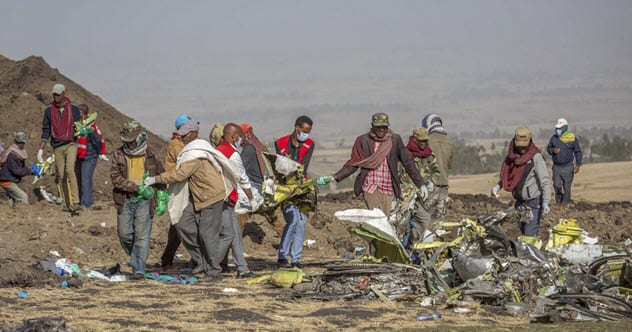 Several US pilots complained about the 737 MAX after the Lion Air crash. At least five complaints were made between October and November 2018. Pilots noted that the airplane’s nose often turned down right after takeoff. This was clearly caused by the faulty sensor and the MCAS.

One pilot mentioned that the airplane’s nose had pointed down within three seconds of takeoff, but he corrected it by switching off the autopilot. He and the other pilot aboard discussed the incident but could not detect why the airplane had aimed its nose to the ground.

Pilots also complained that the manual for the 737 MAX was inadequate. One pilot called it “criminally insufficient.” Another said that Boeing, the FAA, and the airlines neither trained pilots properly nor provided enough information about these airplanes.[10]