Ancient body parts are like books. Most tell the same old story, but a good few rewrite everything. Rare remains reveal mysteries and new information and prove that certain legends were real events.

For some reason, gruesome finds do this the best. From massacres to macabre rituals, mutilated handprints to sacrifices, researchers are getting front-row seats to the lives of ancient artists, citizens, killers, and their victims. 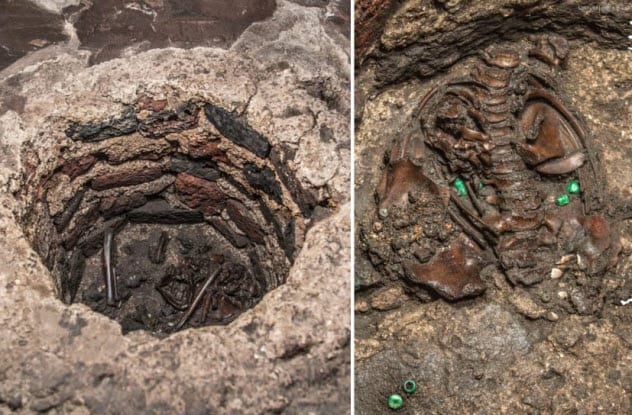 Tenochtitlan was an Aztec city located in what is now Mexico City. The site has yielded wondrous archaeological finds in the past but recently delivered a sad sight. One of the surviving buildings is called the Templo Mayor, a tall building at the center of Tenochtitlan. Here, people brought offerings, including other humans, to their god Huitzilopochtli.

At the foot of the temple was the skeleton of a boy. Called “Offering 176” by archaeologists, the youngster died when he was around 8–10 years old. Unlike other sacrificial victims at the site, the boy was not put on display for the public. Instead, he was interred with thousands of elite artifacts deep under the stone slabs of the temple’s floor.

Oddly, his coffin was cylindrical. The meaning of the vast cache of objects is as mysterious as the reason for his sacrifice. He was probably sacrificed during the 15th century to Huitzilopochtli as the child was dressed like that god.[1] 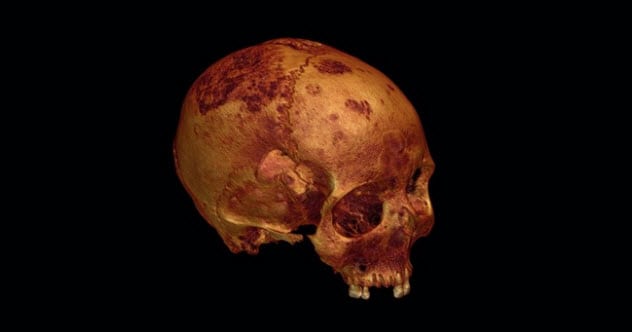 In 2014, archaeologists opened a tomb close to the Italian town of Baucina. Inside were the remains of around 50 individuals. One skull was strange, placed in such a way that it gazed into the artificial cave and at the other burials.

To find out more about the uniquely staged skull, scientists turned to modern analysis techniques. The tests revealed that the skull belonged to a woman between the ages of 35 and 50. Also, the cause of her death about 2,500 years ago was most likely cancer. The disease appeared to have left 14 gaps in her skull.

Regrettably, nothing could be gleaned from the grave goods. Tomb robbers had taken everything and also thrown the skeletons into disarray. The woman’s body was missing, but researchers believe her head was left untouched by the thieves in its original place.[2]

Two theories suggest an answer for this burial. Perhaps she held an important position in life, or maybe the symptoms of her illness left such an impression on her community that it called for a special funeral. 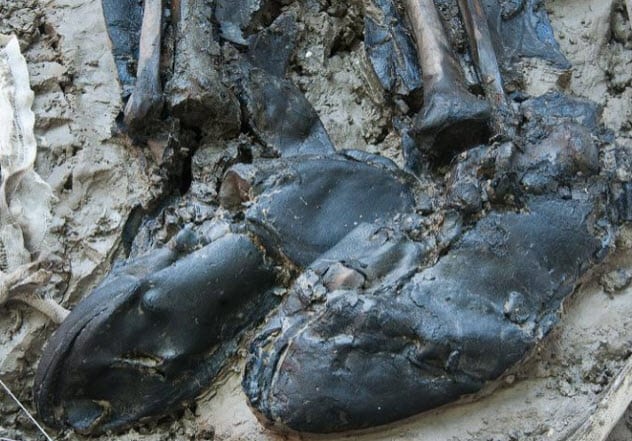 Given London’s great age, ancient skeletons regularly turn up in the city. The River Thames is no exception. However, in 2018, archaeologists working in the area noticed something special about a newfound skeleton. The 500-year-old man wore boots.

It is almost unheard-of to find boots from the late 15th to early 16th century and certainly not on somebody’s feet. Moreover, the footwear was uncommon for the time. They reached the thighs and had turned-down tops.

The skeleton’s position suggested that the man had never had a funeral. He was on his stomach with one arm thrown over the head. The bones failed to show why he died, only that he had had a tough life.[3]

Exceptionally strong and muscled, he was in his early thirties. But a lifetime of hardships had left him with a limp, osteoarthritis, and fused vertebrae. Healed injuries included a broken nose and blunt force trauma to the forehead.

The boots could be the key. They were perfect for mudlarkers, or people who scavenged the Thames at low tide. Perhaps, while wading through the mud, he had an accident. The boots were highly prized, and a killer would have stolen them. 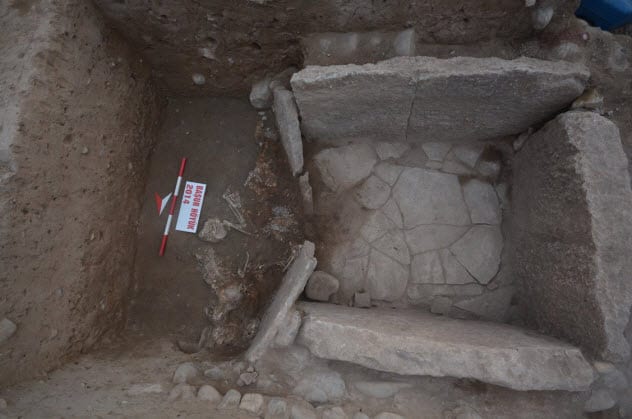 In archaeological lingo, a “retainer sacrifice” refers to a specific burial. Retainers were the unfortunate souls killed as “grave goods” for the tomb of somebody with higher status.

In 2018, a new study investigated something found four years earlier. At Basur Hoyuk in Turkey, the remains of around 10 people rested at the entrance of a 5,000-year-old Mesopotamian tomb. Among them were a boy and girl, aged 12. In addition to being surrounded by the rest of the skeletons, the two children came with hundreds of bronze spearheads, an unprecedented number.

Researchers are certain that the others, aged 11–20, were sacrificed. The way their bodies were dressed and arranged also suggested that they were retainer kills.

The mass burial spawned a few mysteries. The pair of 12-year-olds appeared to be central to the group, but it is unclear whether they were also sacrificed. With them was the bones of an adult, but this person could be an earlier burial. (The others were interred together.) Why the sacrifices occurred at this particular location is also unknown.[4]

6 Man With No Hands 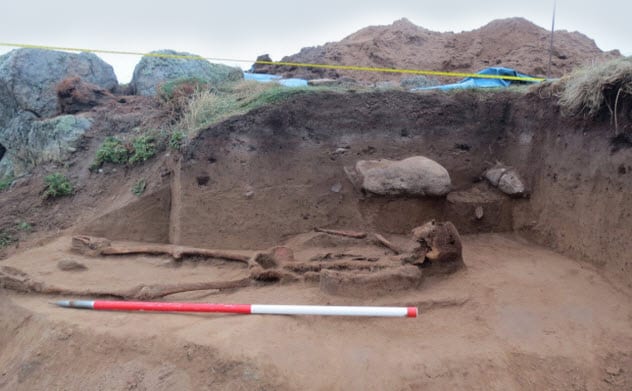 In 2017, the British islet of Chapelle Dom Hue hit the news. A peculiar tomb was found that contained the skeleton of a dolphin buried in the 1400s. The grave was never satisfactorily explained.

But in 2018, the islet delivered a new surprise. The weather damaged one of the cliffs, and there, clear as day, was somebody’s toes sticking out from the soil. Investigations unearthed the skeleton of a man.

At first, it was assumed that the body belonged to a monk who had died of leprosy. The hands were missing, and during medieval times, Chapelle was also a monk colony. The dolphin grave also dates back to this period.

However, the human burial contained buttons which placed the man’s death between the 1500s and 1600s. Possibly, he was a sailor. The skeletal damage, including skull marks, was relatively consistent with a body that had been washed up on the rocks.[5]

Fish often prey on human limbs after a person drowns, while footwear probably protected his feet from the same fate. It is not known who buried him so respectfully when they could have easily dumped him back into the sea. 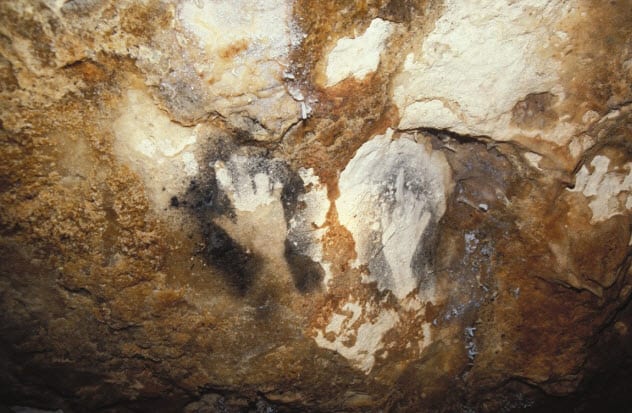 In several European caves, painters used their own palm prints to decorate the walls 22,000 to 27,000 years ago. Intriguingly, some are missing entire fingers or joints. Decades after this discovery, scholars remained divided on what caused the maimed look.

A 2018 study favored the drastic suggestion that the paleo artists voluntarily chopped off their own digits. In France and Spain, 40 caves have handprints, but only around seven show the strange palms.

The controversial research builds its theory on the surprising discovery that deliberate finger amputation was widespread. Researchers found it in 121 different cultures and on each continent.

History recorded some of the more recent reasons why locals harmed themselves in this way. Sometimes, it was a kind of sacrifice, showing dedication to a group, marriage, or mourning. In most cases, practicality called for pinkie mutilation.[6]

This was ammunition for those opposing the new study. The cave paintings do not follow the pinkie trend. On one hand, the last three fingers were “maimed,” but this effect could have been created by bending the fingers. 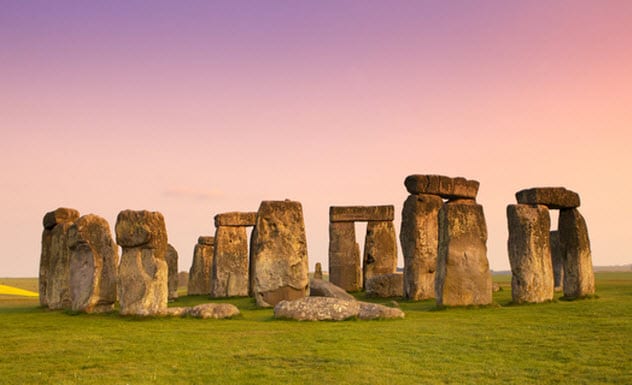 Recently, an archaeologist decided to write a book. His research led to the accidental discovery of a letter which helped to recover a lost artifact. More correctly, a lost body.

In 1923, a human skeleton was unearthed at the ancient monument of Stonehenge. However, when the Germans bombed London in 1941, its museum, the Royal College of Surgeons, was hit three times. The 2,000-year-old skeleton was believed to have been lost in the rubble. However, the remains mysteriously ended up at the Natural History Museum and that was where the letter led.[7]

Previously, the man was thought to have died naturally. When researchers analyzed the newfound skeleton, a different story emerged. Cut marks on the jawbone and fourth neck vertebra showed that the 35-year-old had been decapitated with a sword.

It was most likely an execution because the blow came from behind and he was buried alone. Unfortunately, the reason might never become clear. A good guess is that the man was punished for a crime or taken to Stonehenge as a sacrificial victim. 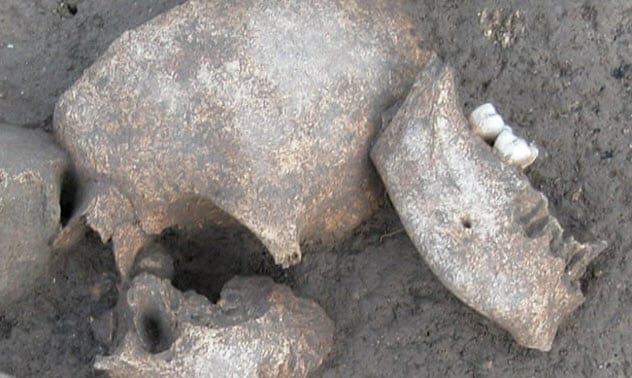 The Celtic tribes of Gaul were said to preserve the decapitated heads of their enemies for display. Ancient texts also mentioned that the Gauls used cedar oil for this noggin nightmare.

In 2018, researchers gathered skulls of different species from an Iron Age village called Le Cailar in southern France. The positions of the human heads suggested decapitation and public display.

All the remains, human and animal, revealed substances related to the process of decomposition. However, only the human fragments had traces of diterpenoids. This proved some kind of contact with conifer resin. Researchers are not convinced that the embalming fluid contained cedar oil. The tree likely did not grow in southern France during this time (third century BC).

Outsiders could have confused a similarly scented resin for cedar. While the legend turned out to be real, the embalming process and its purpose remain unsolved.

It could have been more complex than scaring the pants off living opponents. Ancient texts claimed that this treatment was reserved for important enemies. This elite factor begs the question as to whether important locals also had their faces frozen for posterity.[8] 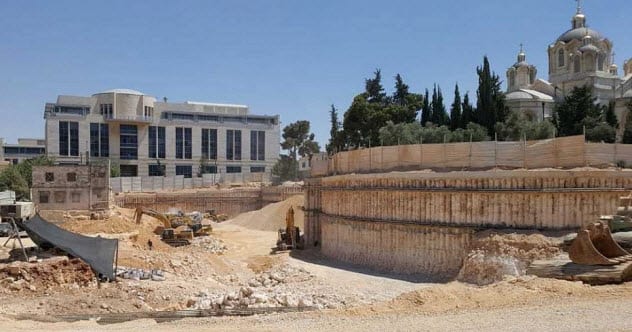 Alexander Jannaeus was a Hasmonean priest-king who ruled from 103 to 76 BC. His reign occurred during a time when the Judaean Civil War raged between the Jewish Sadducees and Pharisees.

During the war, the Jews decided to face their common enemy. Sadducees and Pharisees enlisted the help of the Seleucid king without success. The Dead Sea Scrolls describe the revenge of the Hasmonean king. He crucified around 800 people and executed others but not before killing their wives and children in front of them.[9]

In 2018, archaeologists found the first evidence for this horrific backlash. Excavations in Jerusalem focused on an ancient cistern located in a courtyard next to the city’s municipality. Unexpectedly, the dig uncovered human bones. They dated to the time of the Hasmonean slaughter and bore the scars of violence.

Men, women, and children had been thrown into the pit and covered with rocks. Cut marks on the skeletons suggested a mass slaying. People were stabbed and beheaded. Their limbs were also cut off. Tragically, embryonic bones proved that some of the victims were pregnant mothers. 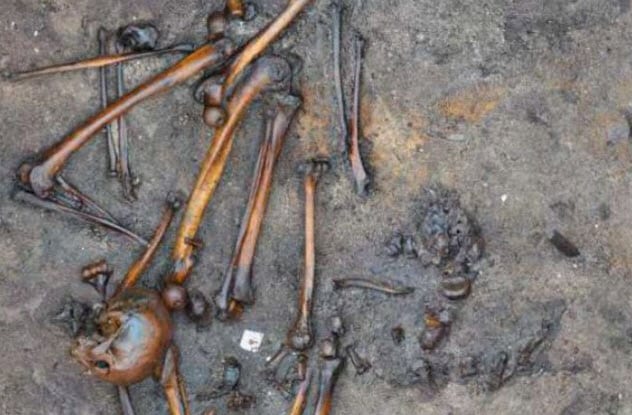 Roman reports described Germanic warfare as violent and bizarre. Not only did they slaughter on a massacre level, but macabre rituals dealt with the dead on the battlefield.

Initially, no evidence supported the brutal reports or ritualized post-battle activities. Recently, however, researchers excavated Alken Enge, a Danish field where an Iron Age battle took place. Thousands of human bones were recovered. Their condition suggested that a vicious slaughter had occurred almost 2,000 years ago.[10]

The extreme violence felled hundreds of young men. Afterward, the dead and dying were left on the battlefield. Animal teeth marks showed that the bodies had been exposed to the elements for as long as a year. After that time, the skeletons were dismembered and certain bones, like the pelvis, were strung together on sticks.

The finds provided the first evidence that people practiced organized battlefield-clearing rituals, which included skull crushing. The rest of the bones were cast into a nearby lake. Ironically, they were identified as Germanic. But finer details, such as the army’s tribe or who massacred them, are unknown.