Air travel is a convenient and affordable means of transportation. Airlines, not to mention the flight crew, do everything in their power to make sure their customers have a pleasant experience, no matter what their budget. Yet, nobody’s perfect. Airlines can make some hilarious mistakes, from painting a glaringly obvious misspelling on the side of a brand-new plane to forgetting a particularly important part of taking off.

Of course, as with any form of public transportation, the passengers themselves can also be involved in some bizarre situations while on board. From a man tugging on the plane’s back door in search of the lavatory to a woman who likes to travel with her “emotional support squirrel,” some of these incidents make for some unbelievable stories. 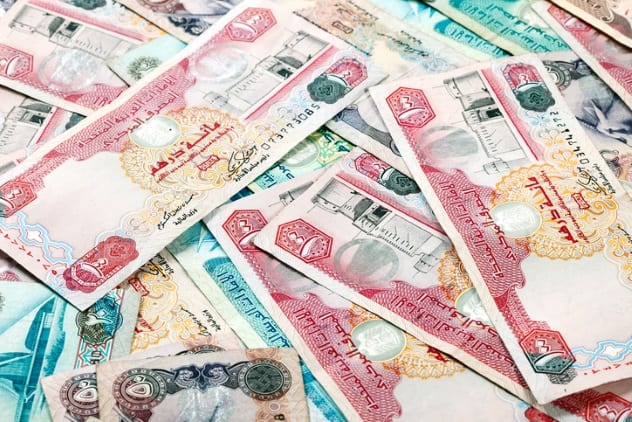 Three brothers were on a business-class Emirates flight from Thailand to Dubai along with their father in June 2018. When their father started feeling ill mid-flight, the brothers left their seats to check up on him. After making sure that their dad was comfortable, the trio returned to their seats, only to find that about 18,500 dirhams (or approximately $5,000) in different kinds of currency was missing from their belongings.

They immediately notified the cabin supervisor, who took them to the business class galley to take photos of the money that was still left in their wallets. Using the serial numbers on the banknotes, which were in sequential order, could help make it easier to find the missing money. Once the plane landed, the police took the brothers’ belongings to search for fingerprints. Much to everyone’s surprise, fingerprints found on their wallets matched those of a 37-year-old flight attendant who had been on board. Even though the money was never recovered, he was charged with theft and pleaded not guilty after appearing in court.[1]

9 Forgot To Pressurize The Cabin 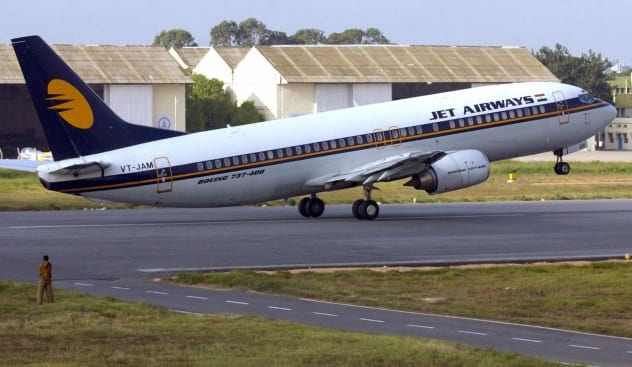 In September 2018, a Jet Airways flight from Mumbai to Jaipur had to turn back shortly after takeoff after more than 30 passengers started to suffer from splitting headaches and bleeding ears and noses. The flight attendants had to perform first aid on a few passengers who suffered from severe pain and bleeding. As it turns out, the pilots forgot to flip a switch in the cockpit that regulated the pressure in the passenger cabin. For 45 minutes, over 160 passengers were left in an unpressurized cabin.

Once the plane landed back at the airport, all of the passengers were safe, but five were taken to a hospital to be evaluated by an ear, nose, and throat expert. They suffered from barotrauma (decompression sickness) in their ears due to the rapid change of air pressure. The flight’s cockpit crew were taken off scheduled duties and suspended until further investigations could be done.[2] 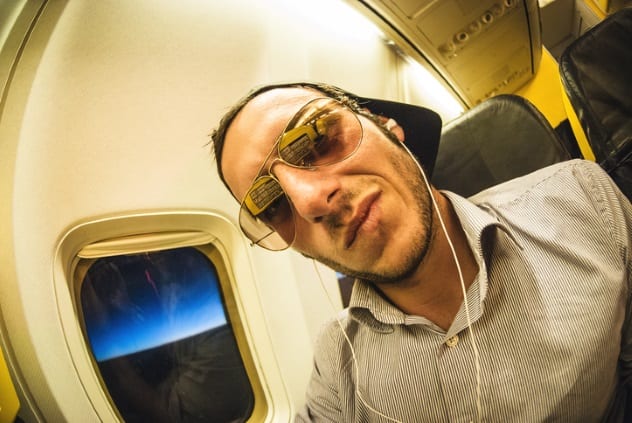 On a Southwest Airlines flight from Los Angeles to Dallas in October 2018, a man caused a commotion after a woman rejected his advances and moved to another seat, forcing the flight to be diverted. Justin Riley Brafford faces a felony count of interference with a flight crew as well as a misdemeanor assault charge. According to the complaint, Brafford started making the woman feel uncomfortable by placing his arm on her leg during takeoff. Even though the woman tried to ignore him, he moved closer to her and began “playing footsies” with her. After the woman asked him to stop, he started tugging on her sweater and asking her disturbingly personal questions. Deciding she’d had enough, the woman asked a flight attendant if she could move to another seat.

Later on, the flight attendant noticed that the woman was upset and asked her what was wrong. Shortly after she’d moved to her new seat, Brafford got up and confronted her. When the flight attendant went to investigate Brafford’s side of the story, he responded in an overly aggressive way, which prompted the flight attendant to notify the pilot, who diverted the plane to Albuquerque. Brafford was taken into custody as soon as the aircraft landed.

During an interview with the authorities, Brafford admitted that he may have misread the situation, to using methamphetamines the day before the flight, and to overdosing on heroin two days before that. If Brafford is found guilty of interfering with the flight crew, he faces up to 20 years in prison and a $250,000 fine, while the assault charge could mean a year in prison and a $100,000 fine.[3] 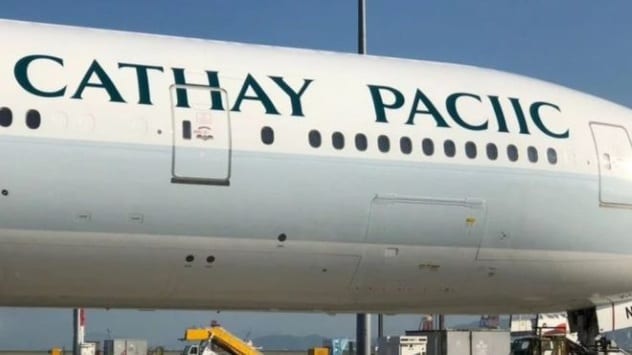 In September 2018, Hong Kong-based airline Cathay Pacific made headlines around the world after sharing an embarrassing spelling error on social media. The typo in question was painted on the side of their Boeing 777-367 aircraft. On the side of the plane’s fuselage, the letter “F” was missing, ultimately spelling “CATHAY PACIIC.”

It wasn’t immediately clear if the mistake was due to Cathay Pacific’s negligence or the maintenance and engineering company that handled the paint job, but it was a glaring and easy-to-spot error either way. This comes after Cathay Pacific launched a new 13,123-kilometer (8,154 mi) flight between Hong Kong and Washington, DC, now regarded as one of the world’s top 15 longest airline routes.[4]

6 Plane Forced To Turn Back Due To Size 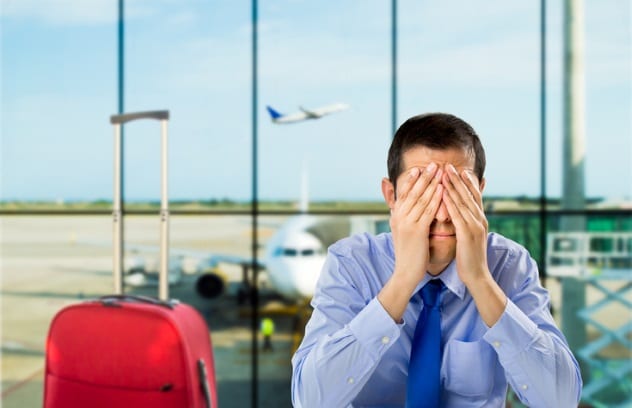 In October 2018, the passengers aboard a United Airlines flight from Chicago to Chattanooga received a disturbing message from their pilot mid-flight, simply stating that their arrival would be delayed due to unforeseen circumstances. It was only when the plane turned around and landed back at O’Hare International Airport that the situation was explained to them: Their plane was too big. Before takeoff, there had a last-minute aircraft swap due to mechanical problems.

This meant that a bigger plane was chosen, which wasn’t something the ground personnel at the Chattanooga airport were used to handling. The passengers were all welcomed back to O’Hare with refreshments, and another flight was scheduled to leave within the hour, with an appropriately sized aircraft to be used. Passengers arrived at Chattanooga three hours late. To make up for their mistake, United Airlines refunded the passengers and even gave them $300 worth of flight vouchers.[5] 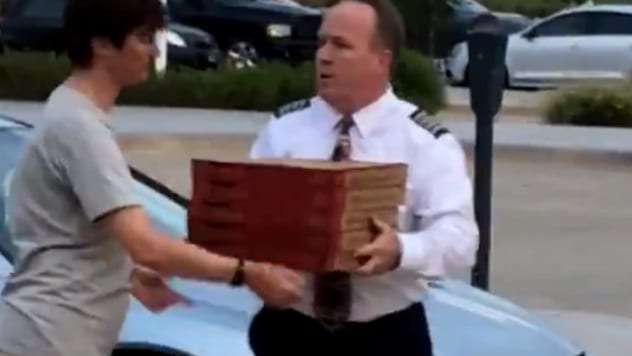 An American Airlines flight bound for Dallas/Fort Worth from Los Angeles was unexpectedly diverted to a small airport in Wichita Falls due to severe thunderstorms in September 2018. All 159 passengers were forced to stay overnight in the airport until it was cleared for departure the next day. The pilot of the plane, Jeff Raines, saw that his passengers were growing weary and frustrated and took it upon himself to cheer them up with Papa John’s pizza.

In a video taken by one of the passengers, Raines could be seen running from a car holding stacks of pizzas and handing them out to the passengers. The video has since been shared on social media, with thousands of people talking about the kindness of the pilot’s thoughtful act. A spokesperson for American Airlines said that the company was proud of its crew members, who took great care of their customers.[6]

The pilot of a Boeing 757-200 operated by TUI Airways had to perform an amazing feat of skill to ensure a safe landing at Bristol Airport amid dangerous gusts of wind brought on by Storm Callum in October 2018. Captain Brenda Repsaame Wassink made use of a technique called “crabbing” to land the plane sideways, in which the nose of the plane is angled into the wind before it touches down on the tarmac.[7] It’s a technique every pilot needs to learn before receiving their first flying license, yet it’s something that increases in difficulty with wind speed.

Witnesses state that the plane’s wings could be seen flexing up and down during the landing procedure as it was gliding against the storm’s powerful winds. TUI Airways said in a statement that they were proud of Captain Wassink and how highly skilled and well-trained their pilots are. This ambitious landing will, without a doubt, help maintain Bristol Airport’s impressive record of punctuality. It was acknowledged as the world’s best airport for on-time takeoffs and landings in 2015. 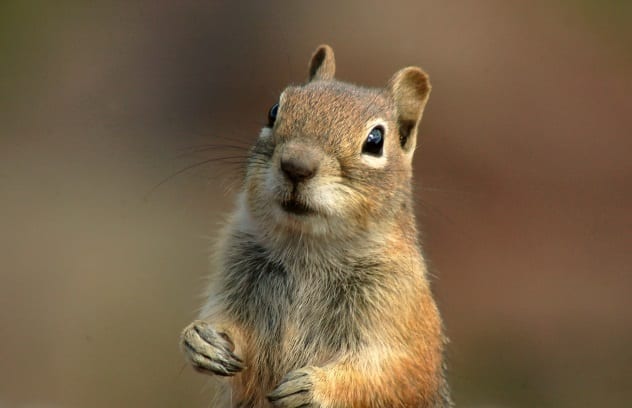 Early in October 2018, a woman attempting to fly from Orlando to Cleveland was removed from a Frontier Airlines plane for bringing an “emotional support squirrel” on board. Even though she had declared that she would be bringing a support animal with her on the flight, she failed to mention that it would be a squirrel. According to the airline’s classifications, a squirrel is a rodent and is therefore not allowed on the plane. The woman refused to get off the aircraft, which prompted the cabin crew to call the authorities.

As the police removed the stubborn woman and her squirrel, every passenger had to deplane, much to everyone’s annoyance. The police escorted the woman back into the airport, and the remaining passengers of the scheduled flight cheered as they finally went about their travels.[8]

2 Man Tries To Open Plane Door In Search Of Toilet 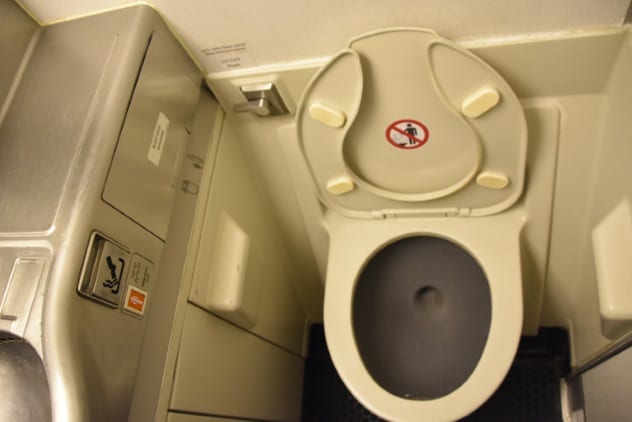 A first-time flyer gave his fellow passengers the fright of their lives as he tried to open the back door of the plane in search of the door to the toilet. This incident took place on a GoAir flight from Delhi to Patna in September 2018. Luckily, the door could not be opened due to the difference in air pressure inside and outside of the plane. Regardless, the cabin crew had to wrestle the man away from the door and restrain him until they could land.

The man was handed over to airport security as soon as the plane touched down. It’s unclear whether or not the misunderstanding was explained to him or if he even reached the bathroom to relieve himself, but according to reports, he was placed into his seat for the remainder of the flight. When other passengers were questioned about the incident, they told the authorities that the man kept saying that he had to use the washroom urgently and kept tugging at the door, no matter how many times they told him that it wasn’t the right door.[3] 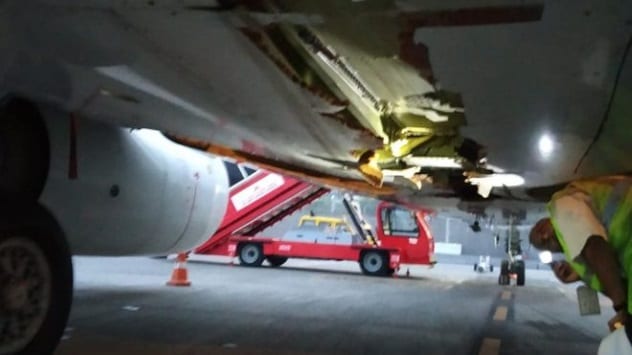 In October 2018, an Air India plane traveling from Trichy to Dubai sustained damage after hitting an airport wall on takeoff. The plane had 130 passengers on board, as well as six crew members. After flying for a period of time, airport officials noticed the damage to the airport’s wall and notified the pilots of the damaged plane. Even though the aircraft was damaged, the pilot reported that its systems were operating normally. The Boeing 737 was diverted to Mumbai to ensure the safety of the passengers on board and to assess the damage.

The incident was reported to the aviation regulator of India, with Air India vowing to cooperate with the investigations. The pilots, despite having a collective amount of over 6,500 hours of flight experience, were suspended pending the ongoing investigations. Air India is one of India’s oldest airlines but hasn’t been turning a profit since 2007. Plans to privatize the carrier were approved in 2017, yet it failed to attract buyers after the federal government offered to sell a controlling stake. A buyer interested in purchasing the carrier would have to face about $5 billion worth of debt, just about half of what the airline owes at this point.[10]