Games are expensive to produce. Like, really expensive. Which means that through the years, developers have looked towards other means of revenue: micro-transactions, downloadable content, and, taking a page out of Hollywood’s book, in-game advertisements. Now, if the setting is appropriate, product placements aren’t always bad. No one’s gonna complain about real cars being in Gran Turismo. But sometimes the game tie-in is so ridiculous that it makes no sense. 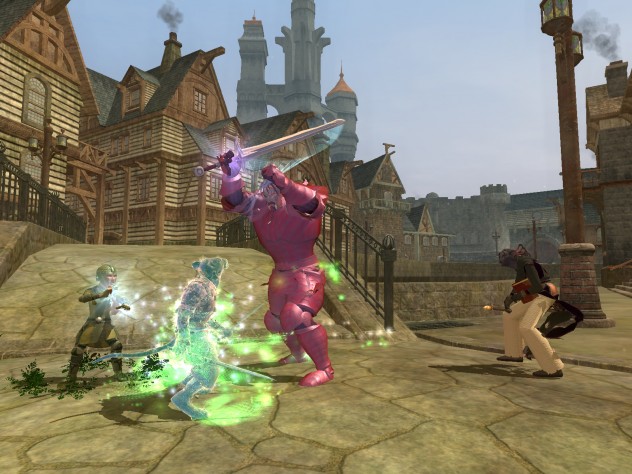 In one of the most ingenious ad tie-ins ever, the developers of popular MMO Everquest II added the ability to order pizza straight from the game. By typing “/pizza” as a command, the player was taken to the Pizza Hut website where they could order anything they wanted and charge it to their monthly game subscription bill. (Sony was a little bit overambitious, imagining a future where you could order other real world items, like books and DVDs in a similar fashion.)

The stunt gained much publicity for the game, despite the fact that players still had to actually get up to answer the door. 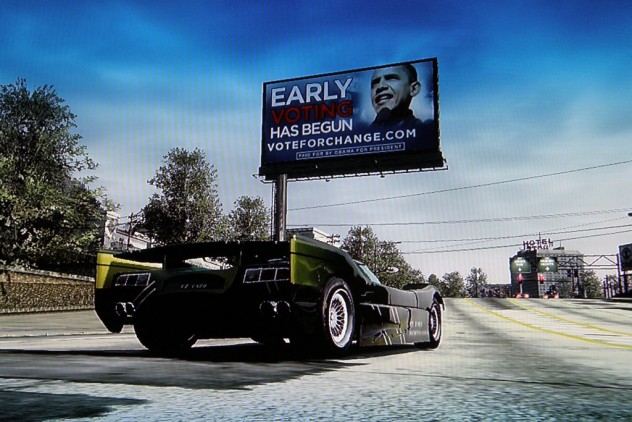 Probably in an attempt to target younger voters, the Obama campaign ran ads in 18 games during the 2008 election season, including arcade racer Burnout Paradise. The other games included EA sports titles for the NBA, NHL, NFL, and others (apparently there are NASCAR video games?). Creepily, the ads mostly appeared in battleground states, like Florida, Iowa, and Ohio. There’s no real way to know if voters digitally racing past Obama posters at 100 mph won him the election, but apparently John McCain “passed” on a similar ad buy. So there’s that.

One of the earliest uses of true in-game console advertising came about in the early ’90s in the Amiga action-platforming game James Pond II: Codename Robocod. The intro of the game explains how Robocod is the only hope for the penguins to get their stolen toys back from Dr. Maybe (just bear with us here). All of a sudden, some packaging drops from the sky and there is a two-second ad for Penguin Biscuits, a European candy.

Funnily enough, it worked: the biscuits outsold rival Kit-Kat after the release of the game. Pretty impressive for a pun.

The Infamous series features protagonist Cole McGrath out to save the world with his superhero electrical powers. The sequel, set in fictional New Orleans, features an apocalyptic plague killing its citizens, supervillains terrorizing everyone in sight, and a giant demon beast destroying every city on the East Coast until he lands on the Louisiana shores and gets hit with a nuclear weapon (uh . . . spoilers). At least Subway’s still open. 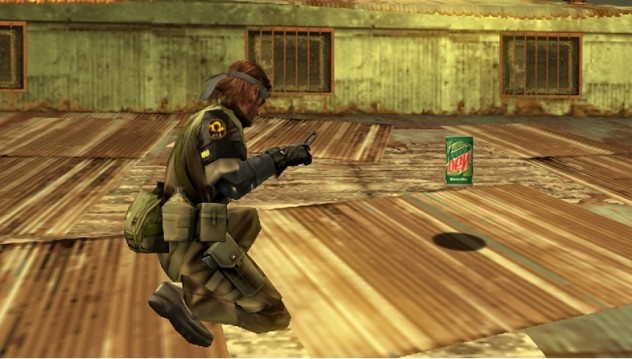 Previous games in the Metal Gear series featured some real-life products in the game, but the PSP title Peace Walker took it to a whole new level. In the Japanese version of the game, Snake could drink cans of Mountain Dew and Pepsi, eat Doritos, and spray himself with Axe to, um, restore health.

Most of the other tie-ins didn’t make sense: a special promotional code unlocked a bright green Mountain Dew shirt—a pretty terrible accessory in a stealth-based game. There was also the addition of a Sony Walkman that let you listen to the game’s soundtrack, which was especially curious considering that the game takes place in 1974, five years before the Sony Walkman even came out. The creator of the game defended the insane amount of product placement, saying he wanted “to surprise players.” So, surprise everyone! Your game is chock-full of commercials! 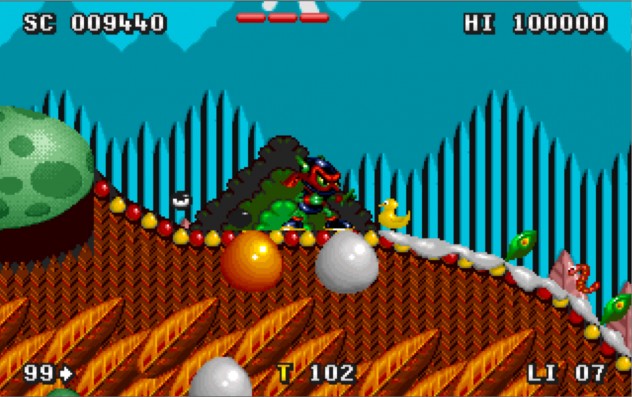 Zool was a launch game for the Amiga about a ninja gremlin from the “nth” dimension. It was heavily marketed as a rival mascot for Sonic The Hedgehog. Hold for laughter.

The popular candy Chupa Chups were featured heavily in one of the levels, which was basically just a candy world full of branded lollipops in the background. What little green ninjas have to do with sweets beats us, but the game developers loved the idea so much that they decided to double down for the sequel. The whole game is essentially a huge ad for Chupa Chups, as every single level is full of logos.

The FIFA series is by far the most popular soccer simulator out there—though, since EA basically has a monopoly on every major sport, that’s not really saying much. It all began in 1993 with FIFA International Soccer, also called FIFA ’94. It was one of the first soccer games to use an isometric point of view instead of the top-down bird’s-eye style that was common in the era. It was so innovative it even featured ads, just like real life. In the MS-DOS version, you’d sometimes see the scoreboard after a goal showing a four-second pixelated advertisement for Adidas Predator shoes, and Panasonic branding on the field boundaries.

The Predator was a soccer shoe, which makes some sense—like promoting football helmets to someone playing Madden. As for Panasonic, it likely had to do with the fact that FIFA was also on their 3DO game system, but given its historic reputation as a general failure, FIFA should be thanking Panasonic for limiting their ads to little banners.

Pepsi Invaders was an Atari 2600 game commissioned by Coke (and made by Atari) for a sales convention in the early ’80s. The game was literally the exact same thing as Space Invaders, except the invaders were replaced by letters in the word “Pepsi” and one extra alien for some reason. Upon completing the game, you are told that “Coke Wins.” Thanks for defending our planet, Coke, but since when do you possess surface-to-air missiles?

The cartridges were given to sales executives along with an Atari console at the convention (wow, are they hiring?). Due to the rarity, the cartridges can fetch up to $2,000 on eBay. 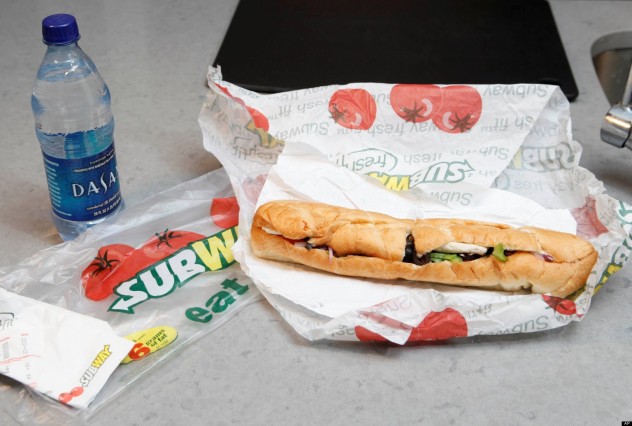 Counter-Strike is one of the most popular shooting games on the PC, still going strong after 13 years. It also happens to capture the coveted 18-34 male market pretty comprehensively. Which is why Subway couldn’t resist hiring an in-game advertising agency to put up posters all over the game’s world. Not only is this ineffective (who’s gonna have time to sit and read about lunch specials when they’re getting shot at from every angle?) it was also not allowed. Because they didn’t get permission from Valve (the publisher of the game), Subway and the ad agency violated the user agreement by modding the maps for commercial purposes. Subway later settled with Valve.

Check out more from Chris over at Cracked.com and Laffington.com.