A good conspiracy theory grips the imagination, offers some compelling evidence and makes you look at things in a whole new light. A dumb one, by contrast, throws together a bunch of random crap and makes you want to weep. Here are nine conspiracy theories so objectively stupid they make Donald Trump’s hair look convincing. 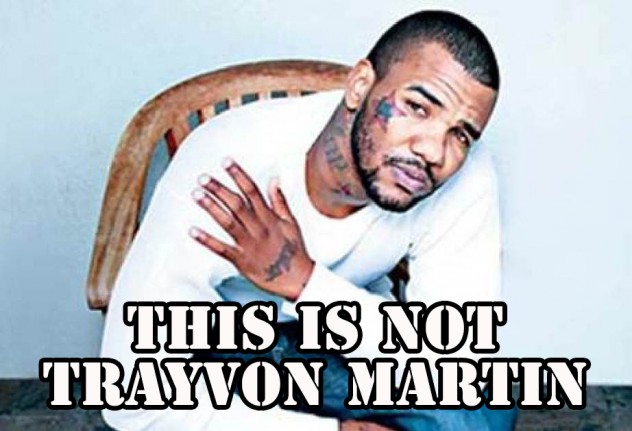 Early last year, neighborhood watch member George Zimmerman shot and killed 17-year-old Trayvon Martin. In the resulting controversy, a rumor arose that the angelic-looking Martin we saw on TV wasn’t the real Martin at all, but a sanitized image planted by agents of the “liberal media” to rig the trial. The real Martin, the theorists claimed, was a muscle-bound, bird-flipping brute of a man—and they had the pictures to prove it.

Only they didn’t. Not really: the guy pictured in that last link? Yeah, that’s a completely different Trayvon Martin. Someone just saw the name on Facebook and apparently didn’t realize that different people sometimes have the same name. But people still bought the theory because they wanted to believe it, and no amount of debunking would change their minds. Right now, the latest “real Trayvon Martin” photo doing the rounds shows a tattooed bruiser who looks more like a 30-year-old gangster rapper than a 17-year-old boy, because that’s exactly what that is: That’s West Coast rapper The Game there, who is currently alive and well and likely astonished at some people’s inability to tell black people apart. It’s the sort of confusion that a quick Google search would have cleared up, but these tinfoil hat–types apparently aren’t all that big on “facts.” 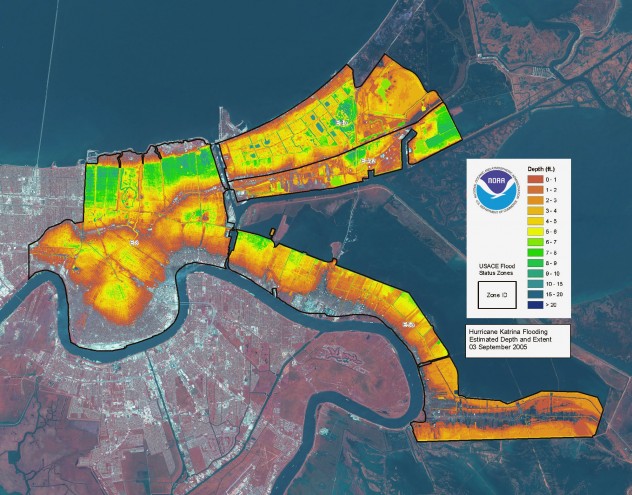 The rescue effort for Hurricane Katrina, one of the worst natural disasters in US history, was itself such a disaster that it led to accusations of racism on the part of the authorities—culminating in the theory that the White House had deliberately bombed the levees to flood black neighborhoods.

The idea is that this was a form of ethnic cleansing, an attempt by the elites to flush the poor and the black out of New Orleans. As a heated response to the failures of those in charge, it’s understandable. As a theory, however, it ignores stuff like the flooding of dozens of rich white neighborhoods and the logistical improbability of government agents detonating several charges of dynamite simultaneously across a city in the grip of a once-in-a-lifetime super-storm.

7Obama Can Control The Weather 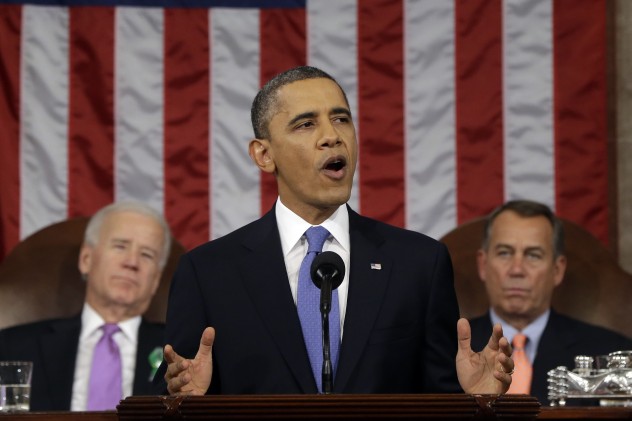 Sometimes, politicians just get lucky. During a moment of national embarrassment, a story blows up that is so big it allows them to sweep all that bad juju under the rug. Case in point: Just as things were heating up for Obama over Benghazi and the IRS scandal, a tornado swept into Oklahoma and reduced the town of Moore to rubble. Suddenly, stories about administrative incompetence were replaced by images of devastation and appeals for help. So the White House probably just got lucky, right? Well, either that, or Obama deliberately destroyed an unremarkable town using his top-secret weather-control device.

Weird as it may seem, this theory pops up every single time a catastrophic storm hits the United States. When Hurricane Sandy touched down in New York, people claimed it was Obama’s attempt to secure his re-election. When Hurricane Isaac screwed with the Republican convention, Rush Limbaugh claimed it was a White House conspiracy. No matter what the weather does, there is always someone willing to claim Obama caused it—in short, they apparently believe he’s God. 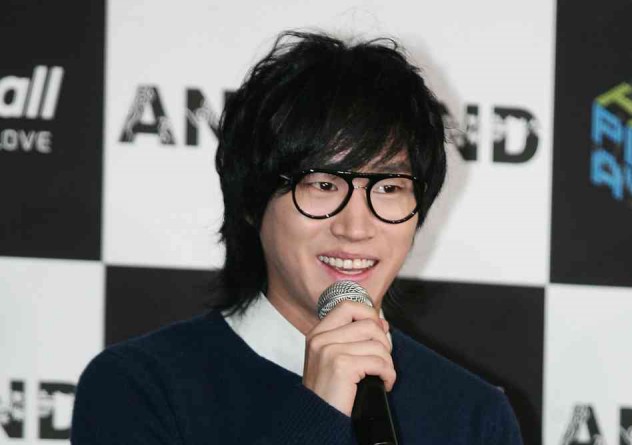 Daniel Lee is a South Korean rapper, best known for his work with hip-hop group Epik High. And according to the internet, he literally doesn’t exist.

To understand the small fragment of sanity underlying this bizarre claim, you need a quick crash course in recent South Korean history. In the 2000s, a scandal erupted across all levels of Korean society: About 120 prominent figures were discovered to have faked their university degrees, and the populace went into paranoia meltdown. In this atmosphere, it was only a matter of time before the nation’s premier hip-hop star would be called out on his Stanford master’s degree. Luckily, Lee was prepared. When people asked, he released his official paperwork. And then things got weird.

People didn’t believe the papers were real. So Lee contacted Stanford and asked them to confirm. At which point, the public decided the university had been fooled, and Lee had stolen the identity of a former student. What followed was a trip down the rabbit hole of South Korean social media: Lee was labeled a fake, told he didn’t exist and transformed into a national hate figure. To this day, people still don’t believe his life really happened. It’s not clear what they do believe, except that Lee’s a liar and deserves punishment. For what, no one’s really sure. 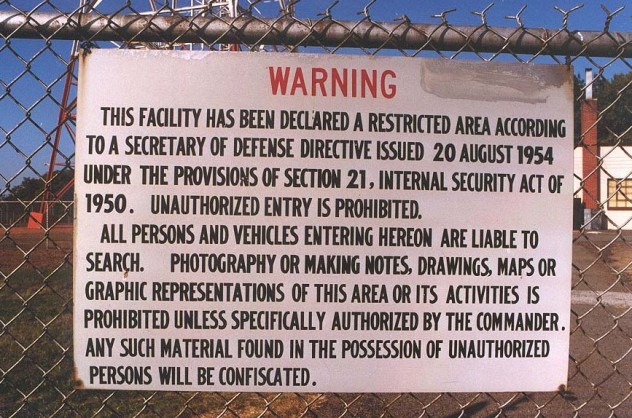 The idea that the government is on the verge of rounding us all up into prison camps has been around for a long time. In the 1980s, radical leftists thought Ronald Reagan was on the verge of detaining them for opposing his free-market agenda. In the ‘90s, it was Bill Clinton and the New World Order. Fast-forward to 2013 and the current conspiracy states Obama is preparing re-education centers for exterminating patriots.

In short, it’s a conspiracy that will never die. Despite the fact no one has yet been rounded up, despite the fact that such a large logistical operation would be impossible to keep secret, and despite the fact that there’s no logical reason for the government to do so, people persist in publishing camp location lists like this one. So ridiculous and widespread have these rumors become that even Popular Mechanics felt the need to debunk them—pointing out that most photographic “evidence” has been ripped from reports on North Korea.

4Our Earth Is Hollow 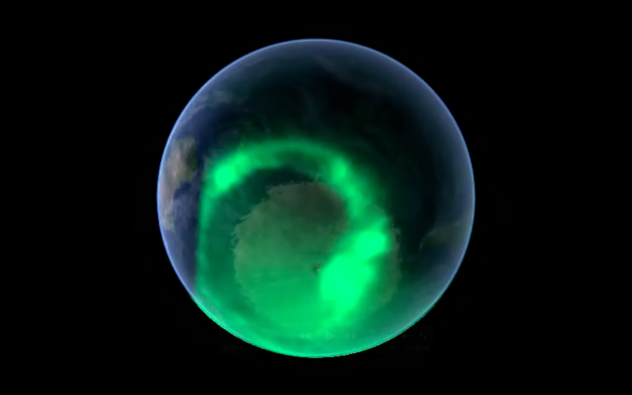 We tend to forget that our Earth was basically a mystery until very recently. Even in the Victorian era, no one had navigated all the way to either pole—and tales persisted of a tropical continent existing beyond the ice plains of Antarctica. In such an atmosphere, it only makes sense that odd theories might arise, such as the idea that our Earth is hollow, with an entrance located at the South Pole.

But these days, such a theory is insane. If the Earth were hollow, it would conjure up so many problems for gravity, our methods of measuring earthquakes, and common sense in general that we’d have to rewrite physics from the ground up. Yet, across the internet, conspiracy sites continue to claim that NASA is hiding the true nature of our world from us. Exactly why or how is a question not really addressed, but looking for logic among these sites is probably a fool’s game.

3The Moon Landing Was Faked

This is one of the single biggest conspiracy theories out there: the idea that man has never really walked on the Moon. Some versions even include the idea that the 20th century’s greatest legends helped NASA fake the whole entire thing. It’s also one of the most absurd of all theories—mainly because every aspect of it has been so comprehensively (and amusingly) debunked that supporters don’t have a leg to stand on.

But perhaps nothing quite compares to the simple fact that thousands of scientists currently use precision mirrors installed on the Moon by the Apollo 11 crew to carry out highly complex tests. If we hadn’t landed there, these branches of research simply wouldn’t exist. And since that would involve a vast conspiracy taking in not just the whole of academia, but also the former Soviet government and physicists from around the world, it would probably be easier just to fly to the Moon in the first place. 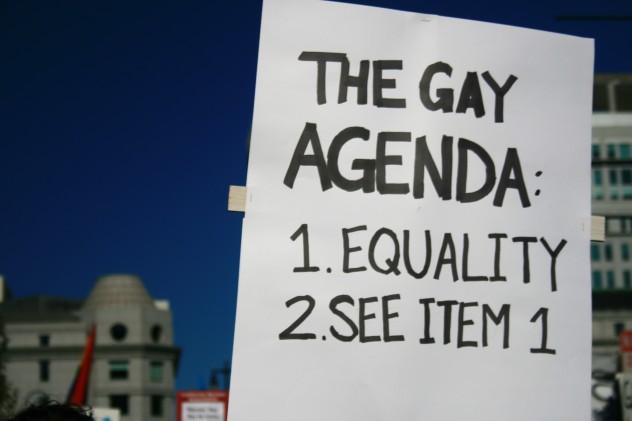 Over the last few years, a remarkable transformation has taken place. LGBT people have gone from being outsiders to being so mainstream that comprehensive recognition of gay marriage is now looking inevitable. It’s almost impossible to imagine the days of Don’t Ask Don’t Tell, or Britain’s homophobic Section 28 ever making a comeback—and make no mistake, that’s a great thing. However, in some sectors of society, the myths of the “Gay Agenda” and “homosexual recruitment” continue to flourish, despite their objective insanity.

In short, these theories states that gay men and women lurk outside school gates and other moral-panic areas with the express intent of converting your child to their lifestyle. Leaving aside the fact that homosexuality and pedophilia are two completely different things, the idea that it’s possible to “recruit” someone into homosexuality runs so counter to basic biology that it redefines the term “unscientific.” And that’s before we get started on the concept that gay people would rather spend their time hanging around schools and playgrounds than, y’know, actually living their own lives. The idea of a “gay agenda” is as insane as a “straight agenda,” considering that LGBT people come from all strata of society, vote for both parties, and want completely different things. Because they’re people. 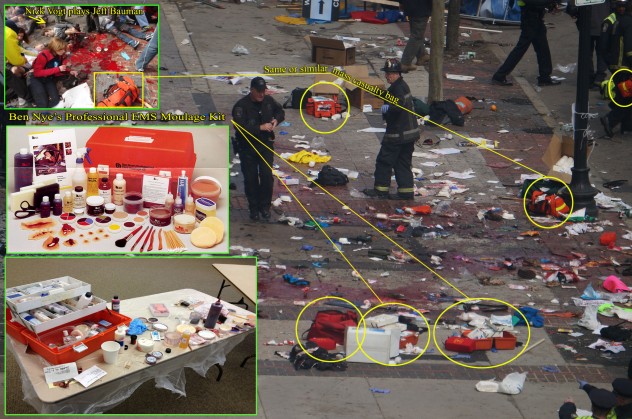 A “false-flag operation” is when a government stages some disaster or attack to manipulate the public opinion. Naturally, conspiracy theorists are always on the lookout for tragedies that might indicate the government is about to go all 1984 on us—even when it completely flies in the face of common sense.

If you want to feel a little bit of your soul die, I encourage you to follow this link (be warned, it’s graphic stuff). It’ll take you to a disturbing image of the carnage unleashed at the Boston Marathon earlier this year. But that’s not the worst part. The worst part is the theorizing that these injuries were faked by “crisis actors” so Obama could clamp down on personal freedom.

Think about that for a second. How lacking in empathy do you have to be to see someone lying in their own blood and scream “Fake”? What sort of person hears that a pair of psychopaths have filled a pressure cooker with nails and detonated it, killing three people and injuring 264, and can only see it as a stick to bash the government with? This link will take you to a picture of Martin Richard, an eight-year-old kid who died that day. If you can honestly look at that photo and still think his family are only pretending to be heartbroken, then you’ve officially lost whatever humanity you may have once had. Because ignoring their grief for the sake of your nitwit theory doesn’t just make you a nutjob, it makes you a soulless piece of crap.